In order to prepare Rainbow 6 Siege for “expansion into Asian territories,” Ubisoft announced yesterday that it will be making some global changes to the game’s visuals to remove gore and references to sex and gambling. While the studio says the changes won’t affect gameplay, many fans are still not happy.

In a blog post yesterday, Ubisoft explained that the changes to Rainbow 6’s Year 3, Season 4 update will affect a “singular global version of the game” and will allow the game to be “aligned with the global regulations we are working towards,” though the post doesn’t clarify which regulations the changes address. These changes are aesthetic in nature, altering UI and environments.

“We are adjusting art and visuals, but are not compromising what makes Rainbow Six Siege the game you know today,” Ubisoft writes. Changes will include removing skulls from icons and environmental art, removing blood splatters from walls, and taking out references to gambling and sex. Images in the post detail how these changes will look. 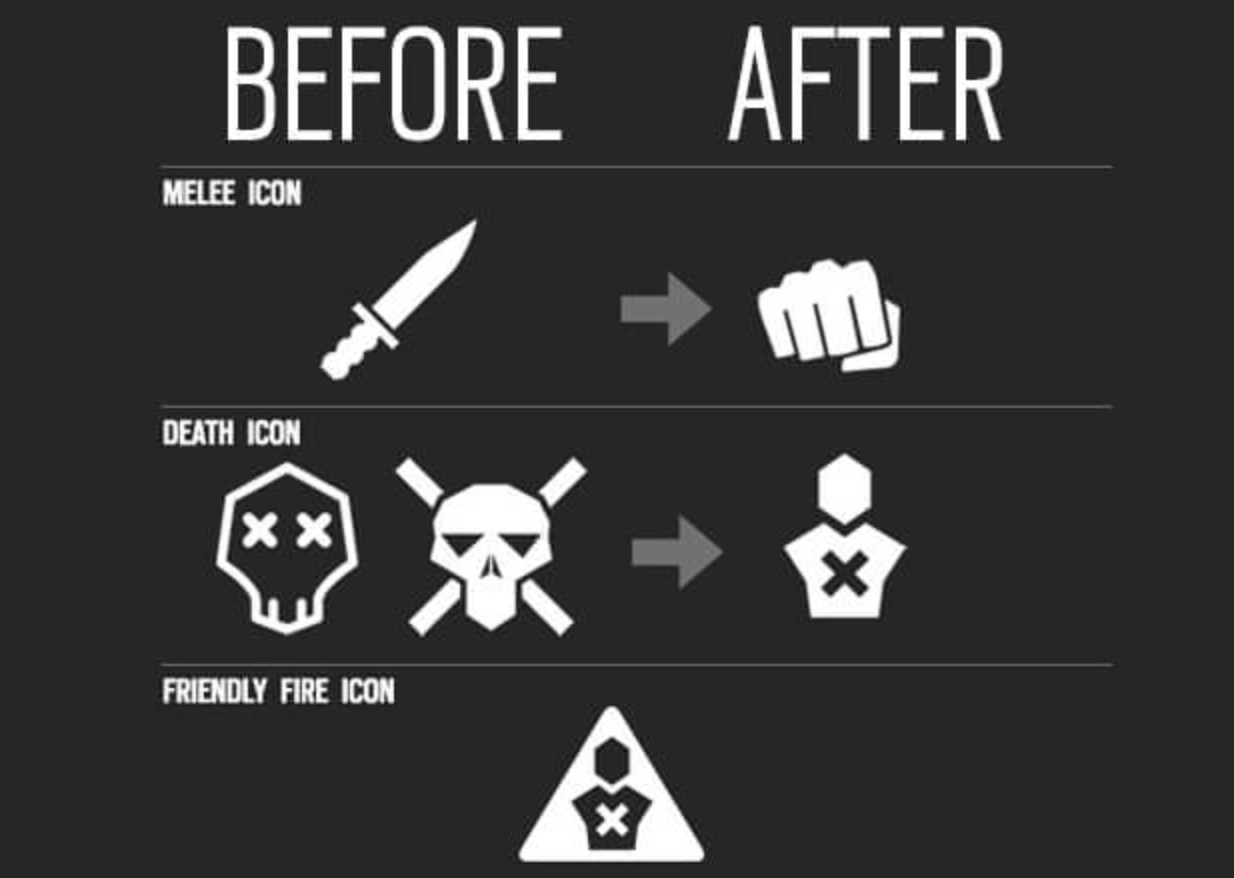 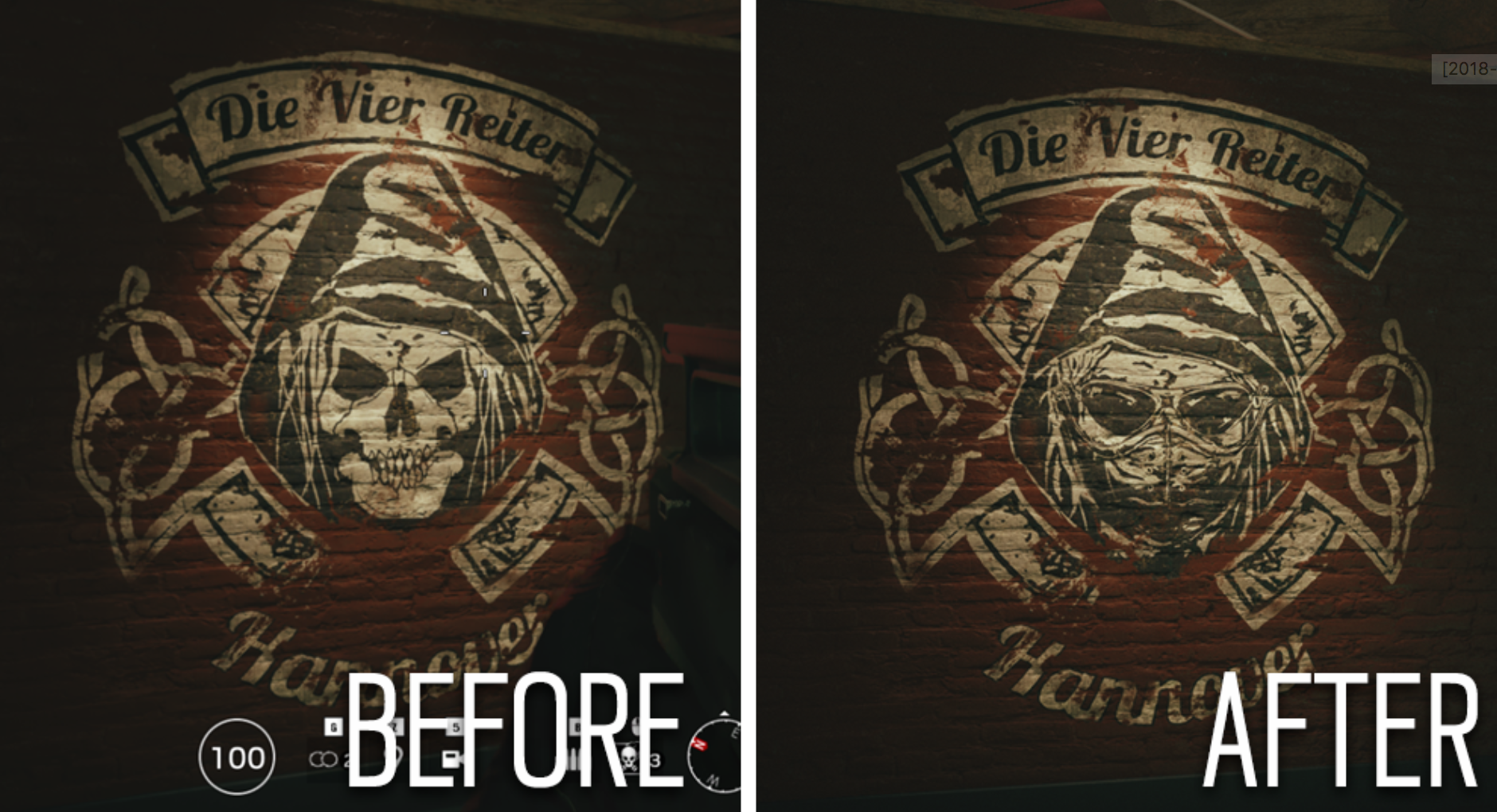 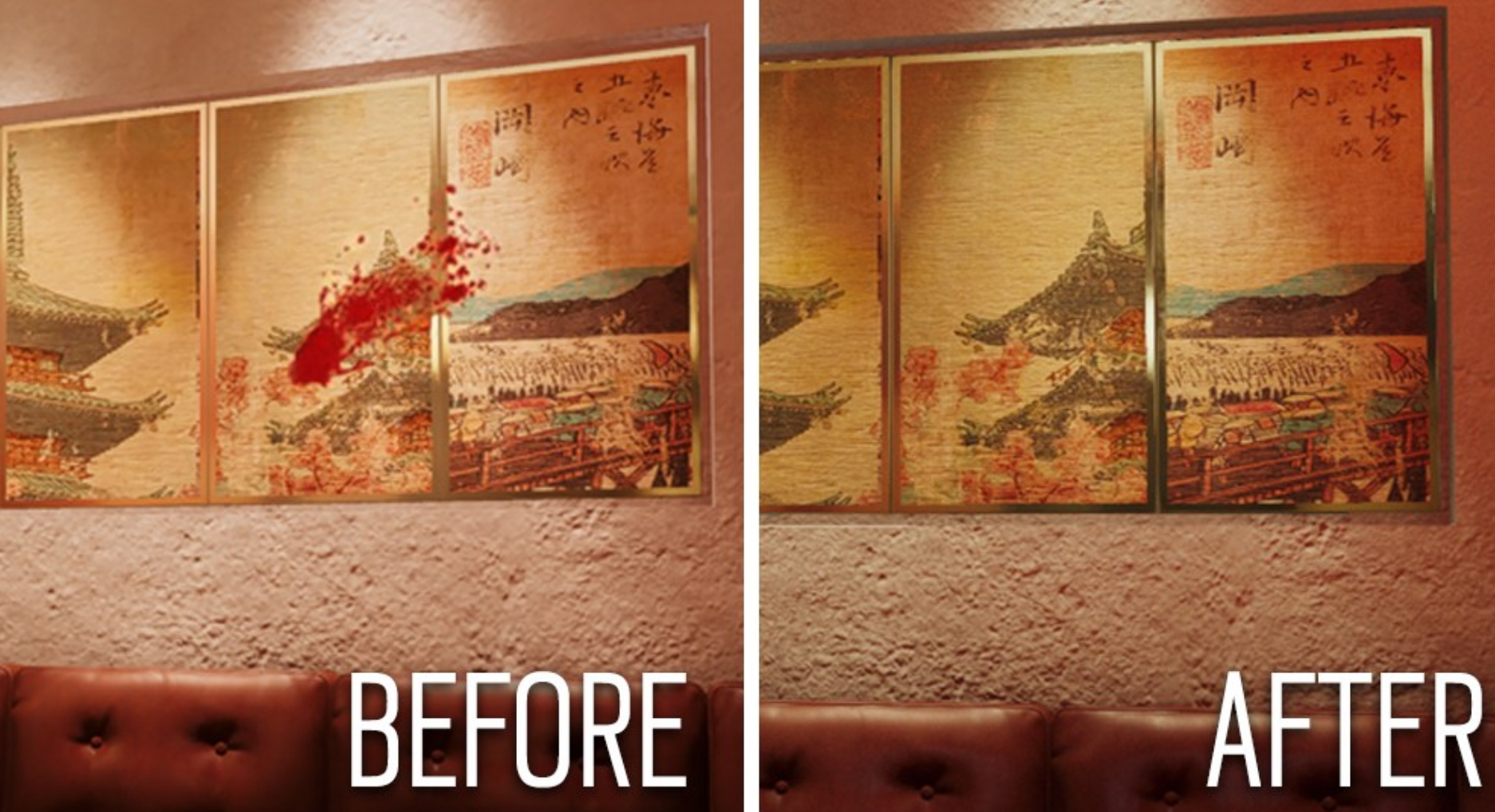 However, as pointed out by Eurogamer, a Ubisoft community manager later explained on reddit that “some things [will be] split build-wise,” suggesting these global changes aren’t entirely necessary. They wrote:

To help allay some concerns about the changes and the future.

Moving forward, we do recognise and understand that for some elements, it is not possible to have a completely global build. Thus, there will be some things that are split build-wise. While our goal is to maintain as close a parallel as possible between builds, we will also not compromise the core integrity of the gameplay and mechanics as they exist currently.

Edit: For additional clarification, this branched build will be region locked, and will not have access to the worldwide data centres to engage with our existing player base – furthermore, VPNs will not function as a workaround.

This muddies the waters regarding the changes. While it makes sense not to create separate versions of Rainbow 6’s maps for different regions, some fans see the changes as censorship.

One reddit comment reads, “As a result of laziness to maintain two separate versions of the game throughout its lifetime, they have opted to change the aesthetic for everyone to ‘reduce and streamline production time.’ They figured that extra money, a bit of work now, and less work later outweighs pissing off their loyal day 1 customers. Shitty move, but seemingly lucrative.”

“Apparently, they’re happy to censor our content in the name of a tiny increase in profitability for their Chinese build,” reads another.

Many fans believe China’s censorship laws are the reason behind the changes. In the past, games like World of Warcraft and PlayerUnknown’s Battlegrounds have been altered for Chinese release.

The site TechInAsia points out that skeletons are not banned in China, but rather images that promote superstition. (The movie Coco, notably full of skeletons, was allowed in China.)

Kotaku has reached out for information from Ubisoft regarding which regions’ regulations the changes aim to address and further clarification regarding possible differences between regional builds.