Ubisoft’s space opera Starlink: Battle For Atlas is a series of gorgeous alien worlds, a light story and a ton of repetitive filler. The game’s big holiday update, which launched shortly before Christmas, adds even more repetitive filler, which is not fun at all.

I was super excited when Ubisoft announced’s free holiday update, outlining what seemed like a slew of exciting new activities.

New alien animals to catalogue, high tech outlaw encounters, fresh enemy creatures and constructs to take on—it could have been exactly what players like me who’ve burnt out on the samey post-game grind were waiting for.

But no. Each of the new activities added to the game are novel two or three times. Then they take their place among the rest of the repetitive tasks, turning what should be an exciting trek among the stars into mundane drudgery.

Take the new Obelisks, for example. These tower-like fortifications appear around Imp hives. The Obelisks fire beams of light at players and can only be stopped by using a spaceship’s tractor beam to pluck out their cores.

There’s no real challenge to it. It’s just an extra step to taking down an Imp hive, an activity existing players have already repeated ad nauseam while playing through the game proper. 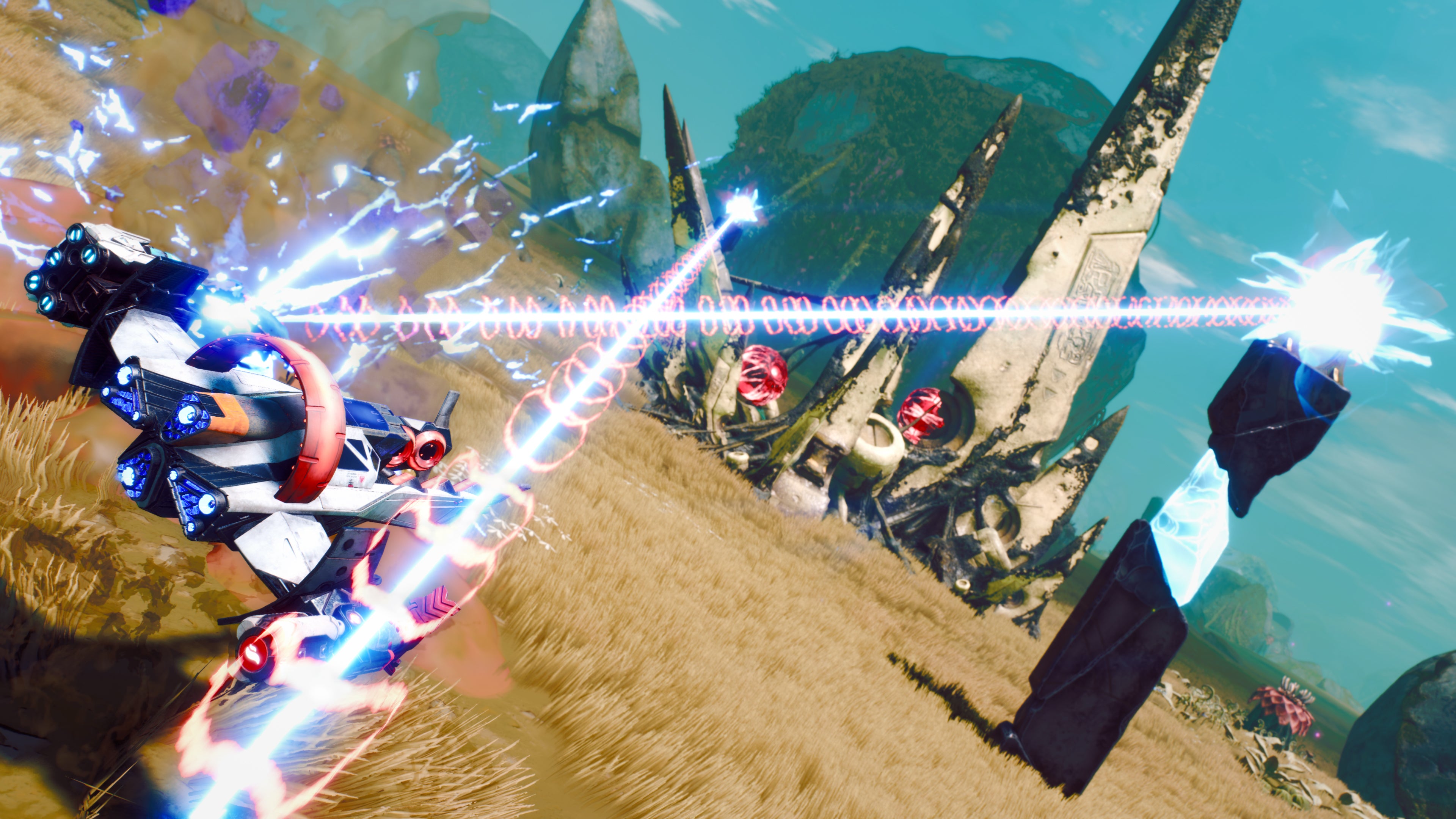 Then there are the new Outlaw encounters. Atlas’ resident purple space pirates have some new technology guarding their bases: missile turrets that can only be destroyed once players use their shields to reflect projectiles back at them.

It’s interesting the first couple of times and a good use of the shield, which didn’t get much love in the core game. But eventually they’re just another rote thing to do. 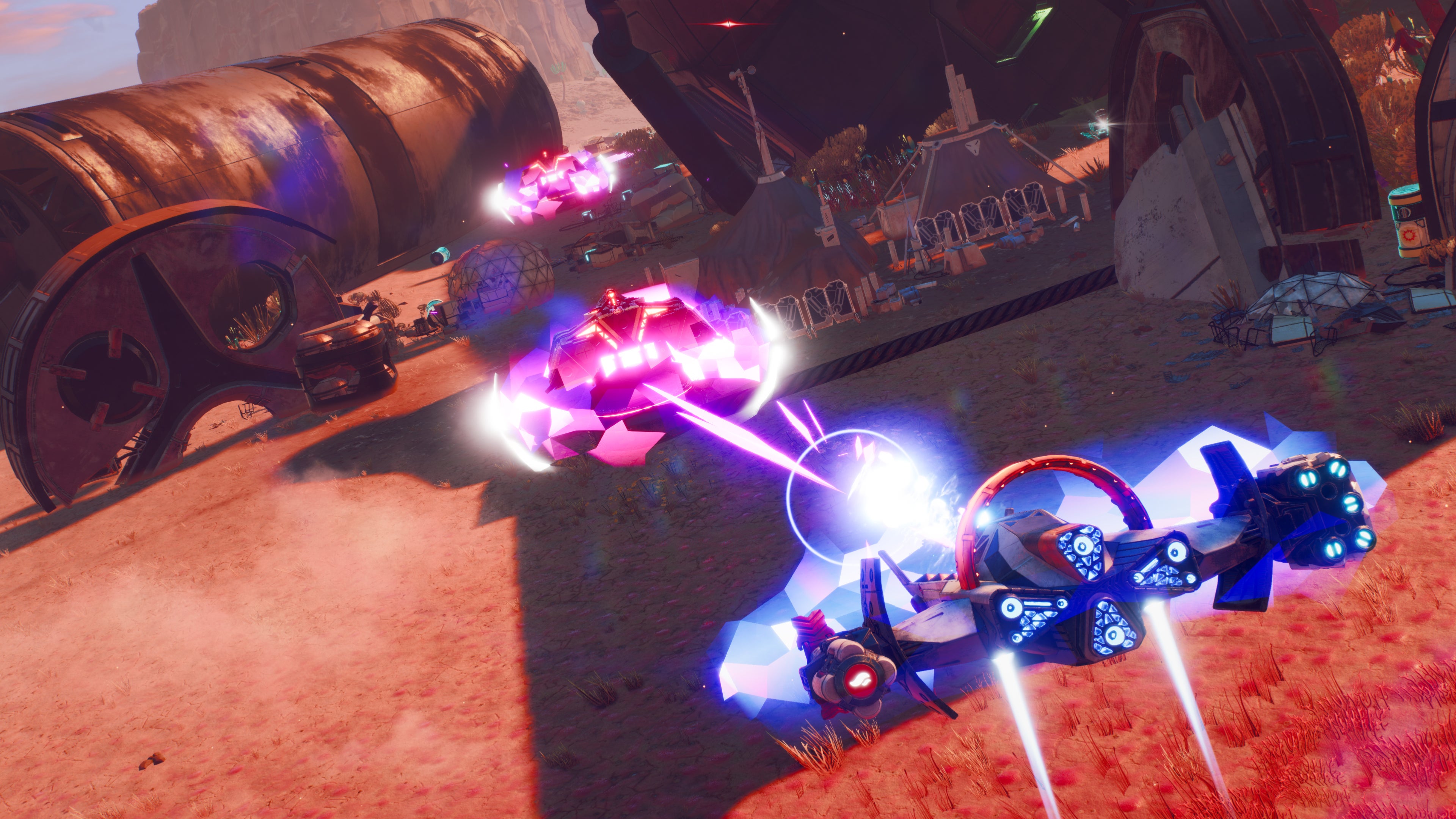 The new creatures and content in Starlink make me wish I’d waited until after the update arrived to play the game in the first place. Then things like roaming sandworms and exploding, damage-absorbing orbs would have been part of the adventure from the beginning and might feel like they were part of the main story adventure all along. 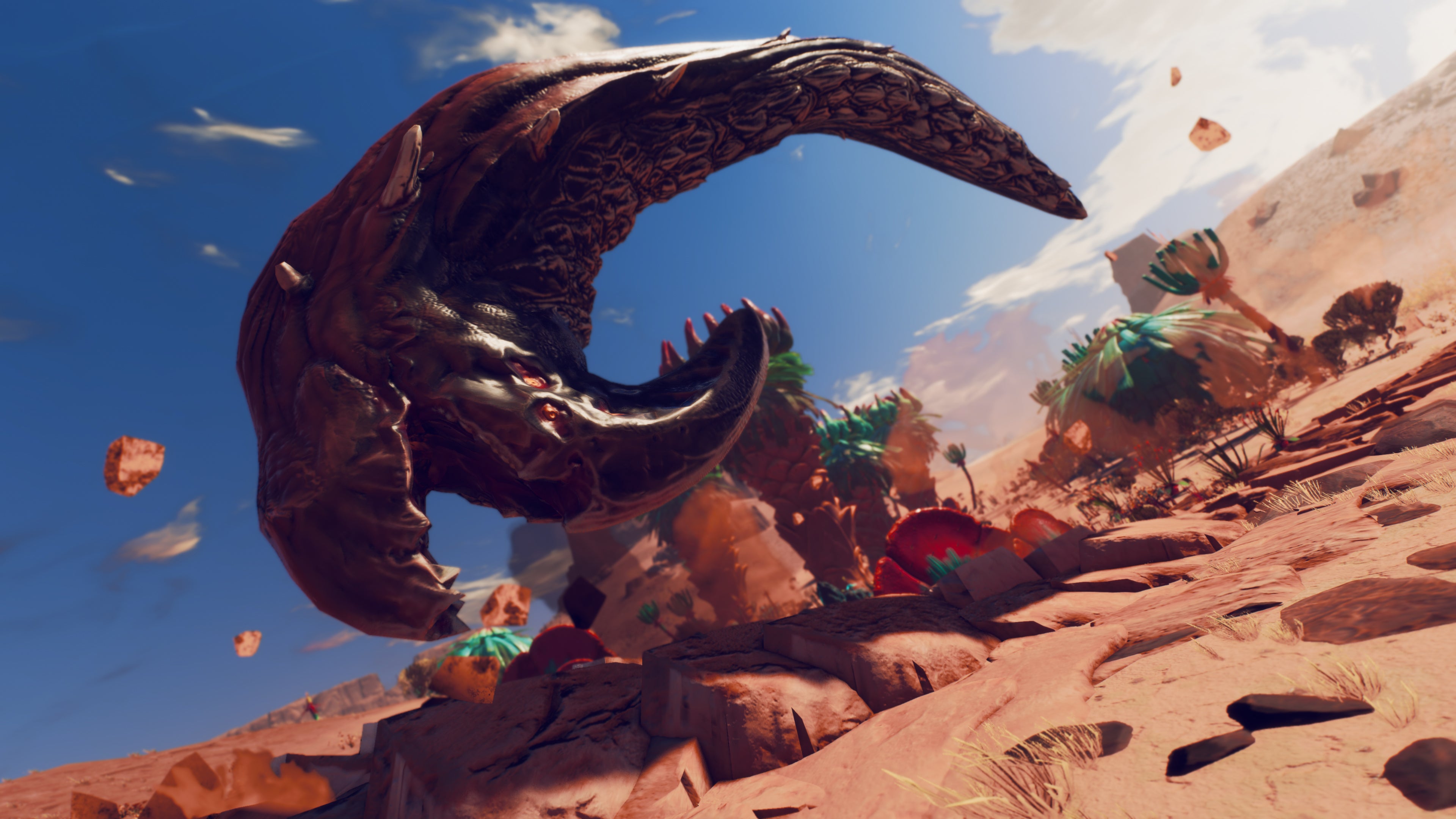 But I finished the story way back when I reviewed the game, so all of the update content feels either tacked on or worse—as if it should have been in the game in the first place.

Speaking of things that should have been in the game from the start but never seem to show up at launch, the update does give Starlink: Battle for Atlas an excellent photo mode. Considering how good plain screenshots looked prior to the update, being able to apply filters and compose shots is luxurious.