Thirty-Four Years Later, Ys 1 and II Are Getting PC Floppy...

First Look Inside Super Nintendo World, Which Opens In Japan Next...

Young Justice: Outsiders Is Getting Deeper In The Best Way

Expansion is the not-too-subtle theme of Young Justice: Outsiders. After years of the world’s metahuman population flying under the radar (for the most part), they’ve been put in the spotlight in a major way that the show presumes you understand and can roll with.

The newest batch of episodes posted to DC Universe builds up the larger world that Young Justice exists within, while also pushing the season’s current story ahead in important and necessary ways. As much as Outsiders is a show about Dick Grayson ushering in a new generation of superheroes at a time when the Justice League is apparently falling apart, it’s also about new heroes realising that they’re up to the challenge of protecting the world.

In terms of pace, Young Justice: Outsiders doesn’t have a lot of time to really dedicate to its newer characters’ backstories, but the series does a solid job of bringing a number of them to the forefront in interesting ways across three episodes that flesh out the threats facing the new generation of heroes.

Young Justice: Outsiders’ most prominent new heroes are given the spotlight following “Private Security,” a Harper-heavy outing that gives Dick Grayson some perspective about just what it means to be a superhero. In “Away Mission” and “Rescue Op,” Young Justice spells out the traumas that Prince Brion and Halo have endured as a result of their respective times spent in Markovia. For Halo, dying was just the first step on her path toward learning more about her metahuman abilities. With Tigress’ help, she slowly but surely begins to regain memories from her past and better understand the nature of her powers, but there’s only so much that Halo can do to calm the fire raging in Brion’s heart with the newfound understanding that he and his disappeared sister are also metas.

For Brion, it isn’t so much that he’s following in his comic book counterpart’s footsteps and becoming a superhero, but rather that he’s really just trying to figure out what happened to his sister — and he’s willing to do whatever it takes to bring her back home. 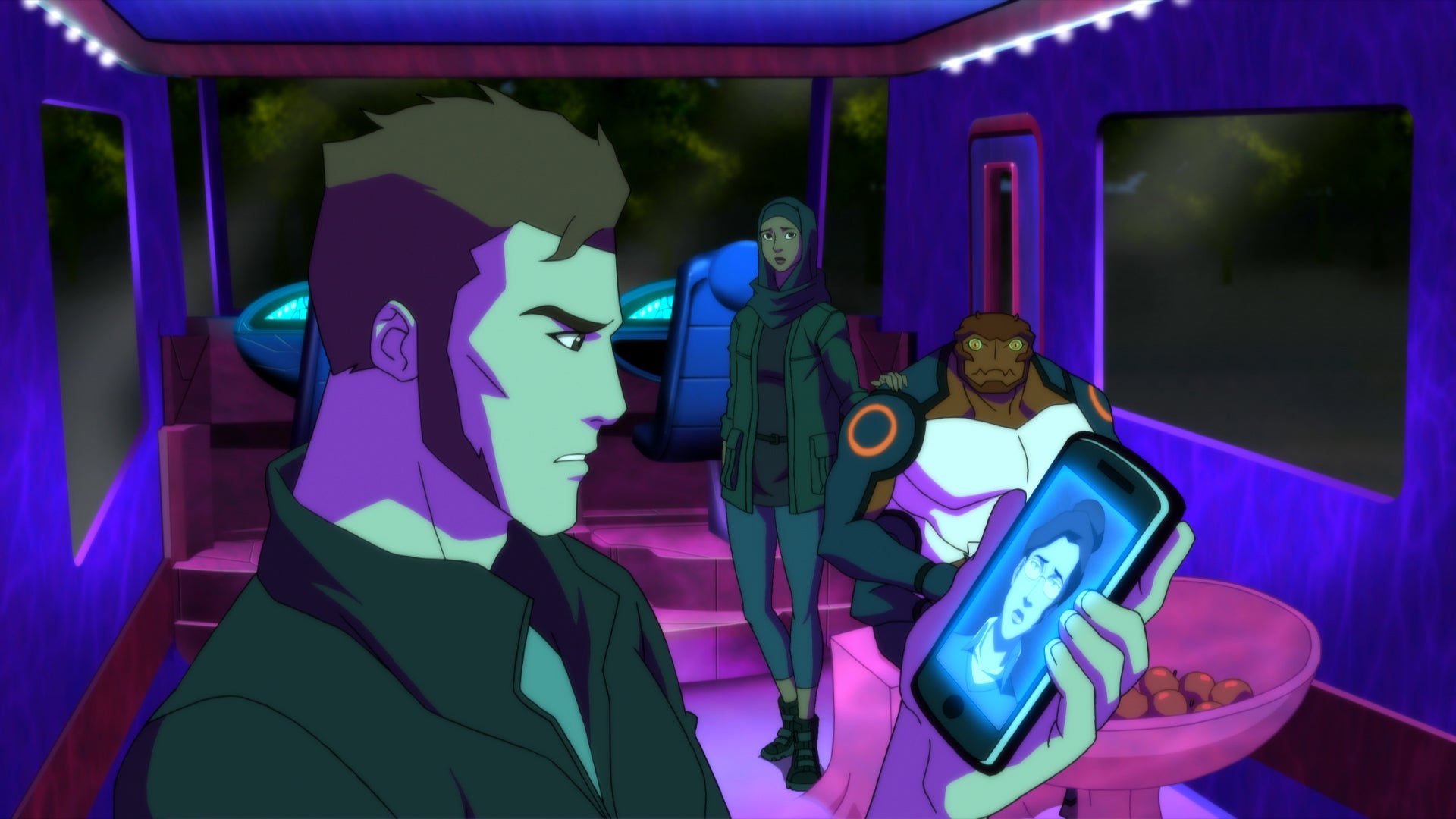 Prince Brion reflecting on his sister’s situation as Halo and Forager look on. (Image: DC Universe)

The metahuman trafficking game is something that goes much deeper than Young Justice’s heroes initially understand, and what they come to find is that a number of the nascent metahumans who are being sold have essentially become soldiers in off-planet wars they never wanted to become a part of. Subtle as it is, Young Justice cleverly uses this conceit to establish the show’s larger universe, and makes room for a number of new characters that make you understand just what all it is that the young heroes are up against.

While promotion for the show has teased that Apokolips is meant to be a power player, the New Gods’ Young Justice introduction comes by way of Megan’s shapeshifting younger brother, who’s managed to get himself involved in the politics of New Genesis by impersonating Orion.

As much as the Justice League is concerned with Earth’s reputation in the context of the larger universe, it’s in M’Gann’s confrontation with her brother that we really see just how much Earth’s been put on a level playing field with other planets, and the role that Earth’s heroes can potentially play in the universe’s larger politics. Though she was initially introduced as being somewhat unsure of herself and her role, Outsiders is bringing M’Gann into a fascinating new space where she’s much more secure in her identity as a white Martian whose understanding of her self-worth has been strengthened by the time she’s spent interacting with people from other worlds. In M’Gann you can see how well-placed the older generations’ faith is in their protégés.

Technically speaking, Dick and the rest of the team are operating outside of the parameters of what they’re meant to be doing — hence, Outsiders — but they’re competent and well-equipped enough to get the job done. You get the sense that even if the senior Leaguers were to somehow be done away with, the Young Justice team would be able to take their places and keep the world in balance.

Young Justice was never presented as a show about young heroes who were intent on replacing their mentors — but in the show’s late stages, it’s difficult not to see just how ready the team is to become part of the big leagues.