Here Are All Of Adidas' Game Of Thrones Sneakers

First teased late last year, Adidas has now released images of their entire collaboration with HBO’s Game of Thrones, a line that’s going to include six pairs in all, each of them based on a house or faction from George R. R. Martin’s universe. 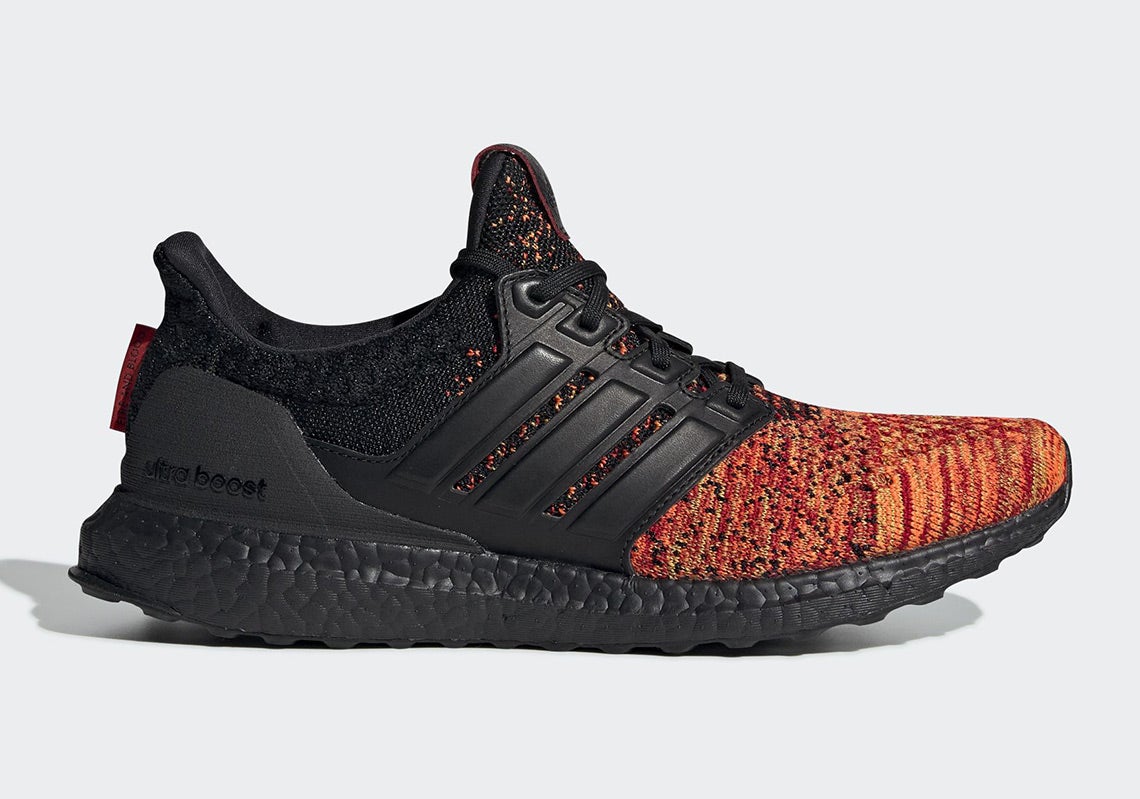 One of the main criticisms levelled against Adidas’ Dragon Ball collaboration was that the shoes were all trash, and didn’t feature the company’s more popular models like the Ultra Boost. Those, it turns out, were being saved for something else: A line based on HBO’s Game of Thrones.

The six pairs are going to be based on Houses Targaryen, Stark and Lannister, the White Walkers, the Night’s Watch and Daenerys. They’ll all be appearing on Adidas’ Ultra Boost 4.0, which usually sell for between $240 and $260 locally, though collaborations like this can sometimes push that to $300 or higher.

No word on a release date yet (it’ll probably coincide with the show’s return in April), but there are plenty more pics over at Sneakernews.

I’m still bummed these aren’t based on the original and superior 1.0 Ultra Boost, which Adidas is still releasing for select collaborations, but there are still some nice touches on these that elevate them above a standard 4.0, like extra material on the toe on some and premium cages on some others.