15 Years Later, The Sims 2 Still Has Its Diehard Fans 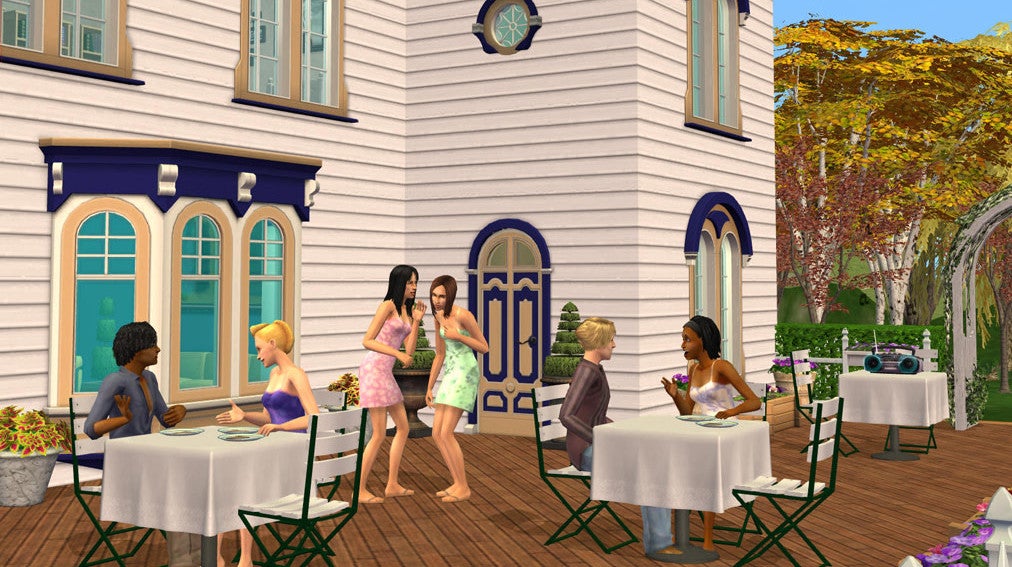 Although The Sims 2 came out nearly 15 years ago, it still has a dedicated fanbase that insist that it’s the best game in the series. These diehards say that Sims 2 is more alive than its antecedents, and that as long as it continues to run on their computers, they’ll continue to play it.

When most adults think of the first Sims game they played, they’re probably thinking about The Sims 2. The Sims 2 came out in 2004, after four years after The Sims was released, and was a smash hit. Although there were not a lot of gameplay changes from the first game, The Sims 2 was more ambitious and also more polished, refining the socialisation and worlds from the original.

Whereas in The Sims your children would never grow up, in The Sims 2 you could play a family through multiple generations. This kind of life simulation was utterly intoxicating to me as a child, as well as to my older brother, who would look over my shoulder as I played on his saves.

Guzmán Espejo, a 27-year-old Spaniard from Málaga, started playing the first Sims game in about 2003. His cousin had pirated the game, and Espejo’s family spent time with that cousin went they went on vacations. Espejo and his cousin recreated their own family together, and for the next decade, he and his cousin spent the holidays playing The Sims, and later, The Sims 2.

By the time that Espejo’s cousin upgraded to The Sims 3, they had both grown up enough that their tradition of playing The Sims together fell off. Not long after, in 2014, Electronic Arts gave away free copies of The Sims 2 Ultimate, a collection that included all of the game’s expansion packs, and Guzmán snatched one up. 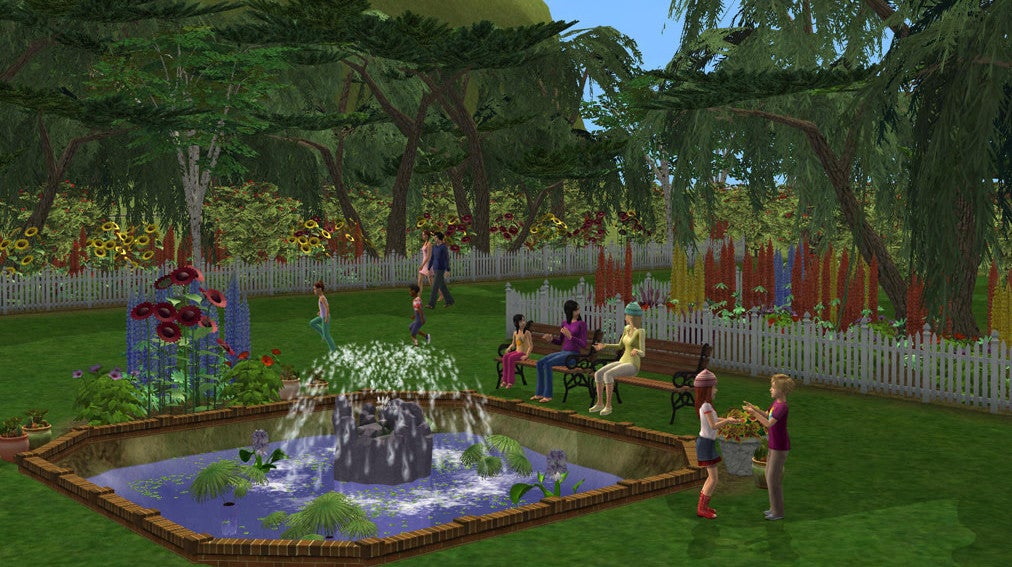 “Since then, I’ve been hooked, and every five or six months I create a family and play for a while,” Espejo said over email. “For me, The Sims 2 is the game of the holidays of my childhood, so playing it for a few hours brings me back to those easier times.”

The pull of nostalgia makes it easy to return to older Sims games. I also started playing The Sims with an older relative, and when I hear the Create-A-Sim music composed by Devo’s Mark Mothersbaugh, I feel a pang in my heart, remembering the time we spent together fondly. Other players insist that nostalgia isn’t the only thing keeping them playing The Sims 2. They think it’s the best the series has ever been, and they refuse to give it up.

“There are plenty of things that make the whole Sims franchise special,” Merle Behnke, a 25-year-old student from Münster, Germany, told Kotaku over email. “For me, The Sims 2 is just the best game of the franchise to convey that special-ness.” For Behnke, The Sims 2 was a potent avenue to tell creative fiction, with a lot of freedom for the player to explore any narrative they wanted. “It struck a nice balance between offering details, but still leaving you enough room to spin your own story,” she said.

A running theme throughout the responses from those who reached out to Kotaku about The Sims 2 was that it feels more detailed and vibrant than other games in the series. In a game that encompasses everything from zombies to starting a family to becoming famous, it’s hard to describe what, exactly, is the source of that vibrancy. What I always think of is the turn-ons and turn-offs feature. 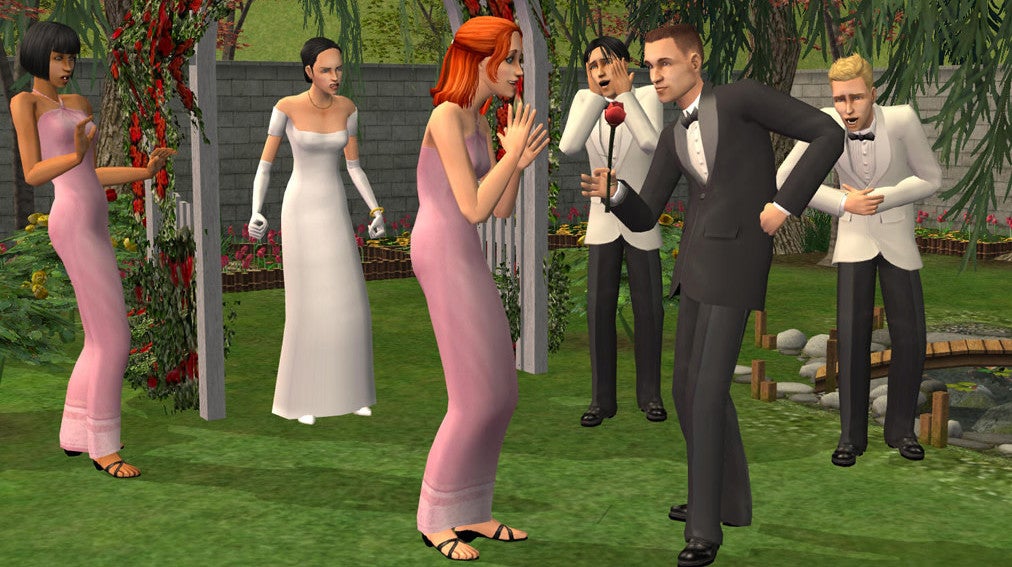 In The Sims 2, Sims didn’t have personality traits, like they do in 3 and 4. Instead, their personalities were defined in part by personality points, turn-ons, turn-offs, and a zodiac sign. Your zodiac sign would give your Sims higher or lower personality points in specific areas, depending on the sign. Virgo Sims are almost totally maxed out in cleanliness, while Scorpio Sims are more active. Compatibilities and clashes in dating were sometimes fuelled by astrology, but what mattered more were turn-ons and turn-offs. Your Sims of choice might have compatible signs, but if one of them is turned off by the other’s hair colour, that could become a hindrance in your quest for romance. These are characters that are defined by their actions, instead of characters whose actions are defined by arbitrary parameters.

It’s a small difference, but defining Sims by what they like and dislike gave them a more reactive personality than assigning them traits like Vegetarian or Active. The Sims in The Sims 2 respond to their environment, and the other Sims in it. Sometimes, it almost feels like these Sims are directing me, instead of the other way around.

“I feel like the best part about The Sims was always making up your own story while playing, a story that was not rooted in the game itself but in your own mind,” Behnke said. “Like, a person who doesn’t know me could look at my Sims game and never know that one family is actually a depiction of my own or that I’m trying to mirror the plot of Flaubert’s Madame Bovary while playing with that other family.”

“I think that by putting all your game developing efforts into making the dolls’ characters more three-dimensional, you’re investing in the wrong feature,” she said. “I don’t need an elaborate menu where I can define that my teen is a bookworm. In The Sims 2 I would just put tons of bookcases in her room and make her read a lot—simple as that.”

For some fans, it isn’t just about the game itself. It’s about Maxis. Although the studio was acquired by EA in 1997, Maxis’s longtime studio in Walnut Creek, California didn’t close until 2004, the year that The Sims 2 came out. By 2005, Maxis’s founder Will Wright was focusing his attention on Spore, and once that game tanked, he left the studio in 2009. For people who grew up playing SimCity, the second in the series is the last game that feels like it has the unique sense of humour and personal touches from a revered studio.

“The Sims 2 I think was the last really Maxis-y game,” Scott Hussey, a 42-year-old graphic designer, said over email. “It had that weird sense of humour that both took itself too seriously and not seriously at all (I’m looking at you, uncountable llama references).” 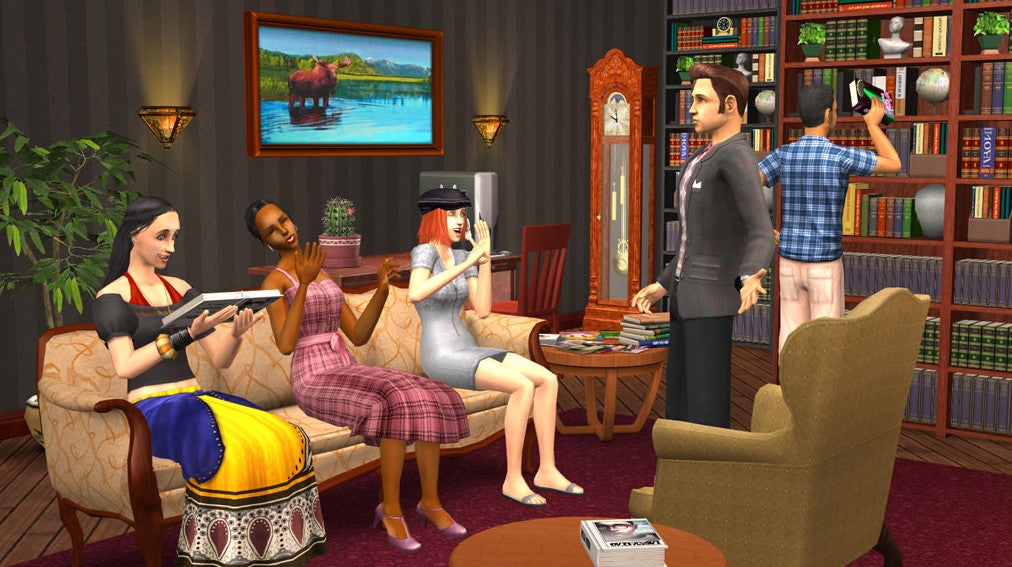 “Being able to return to the worlds of Pleasantview, Veronaville, Downtown and all the others, with their familiar details, and off-beat eccentricities is more than a little bit like going home, and that feels pretty special to me,” he said.

After reading all the responses from fans of The Sims 2, I found myself with an unquenchable desire to revisit the game myself. On my first try loading up The Sims 2: Ultimate Collection, it crashed. The second, third and fourth time, it also crashed. After reading long forum threads and articles on fan sites, I finally got my game running and soon moved Adeline Swindellhurst into Belladonna Cove.

It’s strange to revisit this game, and a bit like time travel. Adeline received a free gift of a desktop PC upon moving in, and I had to remember to buy her a phone and a TV and a stereo to make sure she could talk to other people and entertain herself. Disturbingly, I also could not find anything but low-rise jeans in Create-A-Sim. As Adeline’s new neighbours came to greet her, though, I knew if I didn’t stop myself, I would be completely enveloped in my new save.

The Sims 2 is no longer available to purchase or download through Origin, and it’s clear that my computer’s ability to even run it is limited. As time goes on, it’ll become more and more difficult to install and run The Sims 2 onto modern PCs. It feels like a shame to lose access to a game that’s still so dear to so many players’ hearts, mine included.