That Time I Turned Clue Into A Torrid Murder Love Affair

I grew up in the 90s, when computers, and the internet, were fun things to do after school for half an hour, rather than the place where I spent almost every waking hour of my life. This was partly because it cost a lot of money to access the internet through the anguished robot scream of dial-up, and partly because, well, there wasn’t much to look at anyway.

This is the story of how I made Clue sexy. 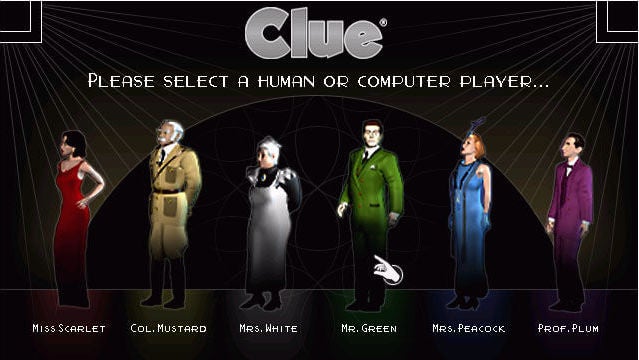 I had a handful of computer games as a kid, most of which were either educational or demos. But of the few full-length, non-educational ones I had, I spent most of my time with Cluedo: Murder at Blackwell Manor, which had I been American I would have known as Clue: Murder at Boddy Mansion.

It was an isometric, voice-acted version of the board game released in 1998. It was pretty good: there were atmospheric sound effects, like rolling thunder, that set the mood quite nicely, and all the characters were animated as they walked around the board, and there were weird little cutscenes of the murders every time you accused someone. 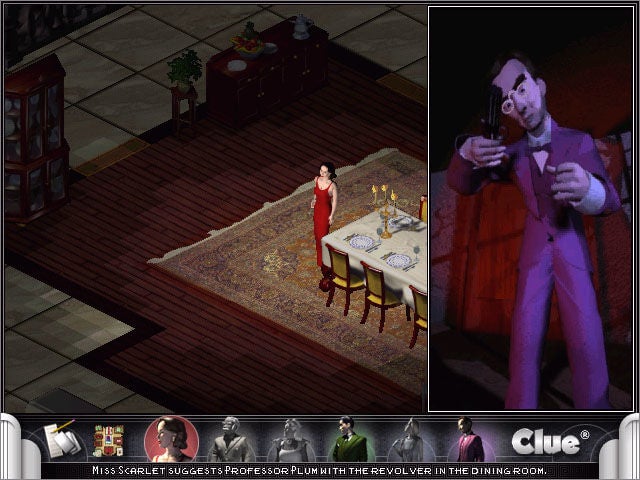 It was also how I discovered that I had a fascination with Miss Scarlet, the femme fatale in the red dress. If Clue were an actual Agatha Christie-style murder mystery, I’m pretty sure that she would be the murderer, probably after her husband (or an older sugar daddy) discovered some torrid affair with Mr. Green (or Reverend Green, in my British version).

I’m not the only one who feels this way. In a 2003 interview on the fan site cluedofan.com, Chris Nash, the lead programmer on the game, said that their specifications included a note that Miss Scarlet should be “drop dead gorgeous.”

He couldn’t confirm whether she was, as rumour had it, based on the game’s producer Virginia McArthur; he did confirm that they managed to make her gorgeous. Slightly gross in the way the early 2000s were, yes, but I do feel vindicated. 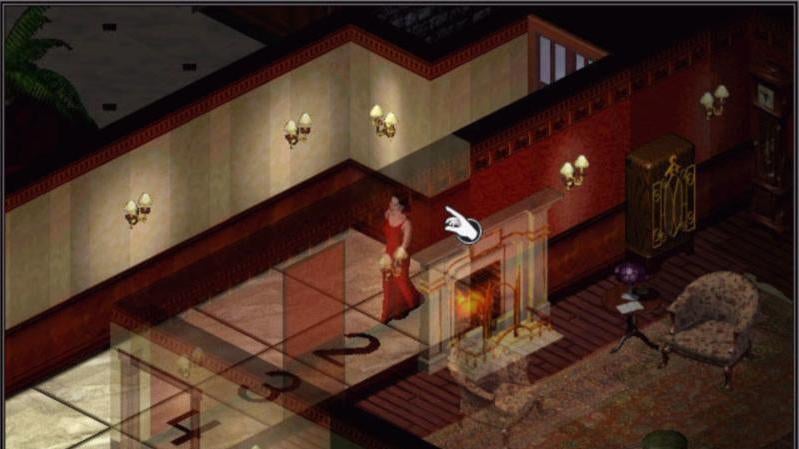 I played a few rounds of Clue as God intended, walking from room to room and pointing the finger at Mrs. White and Colonel Mustard, picking out murder weapons and locations like an amateur Poirot. But I soon tired of such intrigue, and that’s when I made the game my own.

I always played as Miss Scarlet, and I began to concoct my own stories, which almost always revolved around Mr. Green, the only other attractive character. Occasionally, Professor Plum got in on the action, usually as a jealous ex-lover or secret admirer, and sometimes Mrs. Peacock played the role of the hysterical, protective mother-figure who would try to keep me and my sweet Reverend apart. 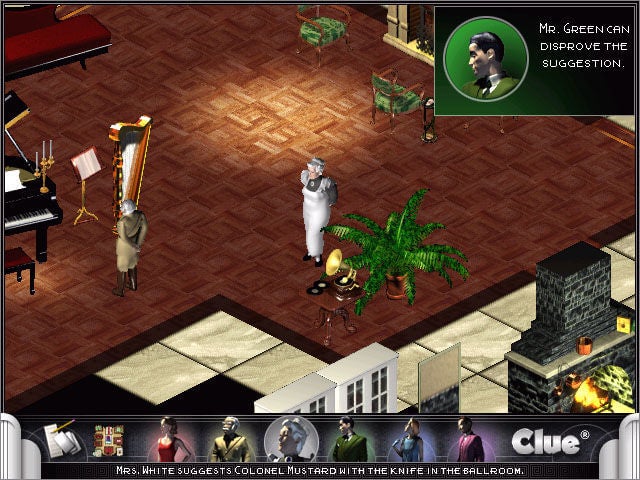 This, of course, meant that all the roles were played by yours truly, because CPU players can’t be trusted to stand in exactly the right place for romantic scenes. Well: I say “romantic scenes,” but it’s not like the developers of Clue ever planned for this particular edge case.

There were no interactive animations, which meant that the closest I could get the characters was to have them standing on adjacent squares, looking off into the distance and leaving a good few feet of room for Jesus. But what did I care? I was a romance-starved child, and this was closer than I’d ever been to a boy anyway.

Thank god for my overactive imagination, because that meant that this scenario felt like being some sort of director-slash-LARPer rather than a lonely kid playing dolls with a bunch of fuzzy pixels and a cereal-box game.

I have to say, though, there’s nothing that kills romantic tension more than having to occasionally accuse each other of murder.