Days Gone is an extremely big, long video game that is full of post-apocalyptic things to do, but also not terribly clear about how or why you should do them. And since it is the post-apocalypse, the world isn’t terribly flush with support or infrastructure or anything dedicated to the advancement of learning.

This is why we have tips for you: Because civilisation has to start somewhere.

Days Gone is not terribly clear about its economy, so let’s lay it all out here: Every camp has its own currency, called “camp credits”. You can only spend camp credits in the camp for which you earned them. Every mission tells you which camp it’s for, so you know what you’re working towards.

In addition to credits, every mission will earn you “trust”, which will level up your standing with camp merchants, unlocking upgrades for your bike and weapons in the shop.

The grind for trust is considerably slower than the grind for credits, so consider how you spend your time. I’d say to wait until the story takes you to the third camp in the game before you decide how to go about things.

Clear Out Infestations Right Away

Throughout Days Gone you’ll run into Freaker infestations, areas that are full of Freaker nests that Deacon will grumble about clearing out to make the roads safer.

You want to do this, since infestations are actually roadblocks to fast travel. You won’t be able to zap between two places if there’s an infestation along the way. Days Gone is a sprawling game with plenty of lengthy bike rides, which you’ll want the option to skip every now and then.

Every once in a while, you’ll find something called NERO injectors that will allow you to upgrade one of your resource pools: Health, stamina or focus.

There’s a good reason to upgrade each, but your life will be much easier if you prioritise stamina. Later parts of the game will require you to run like hell, and you’ll want that stamina pool to be nice and deep.

Days Gone gives Deacon three skill trees to upgrade as you earn experience: Melee, ranged or survival. Working through the melee tree easily pays the most dividends, since staying quiet while taking out Freakers is key to survival.

Get the melee skill that lets you repair your weapon with scrap as soon as possible, since it’s great being able to keep using a ripper blade when you’re surrounded by piles of lumber. 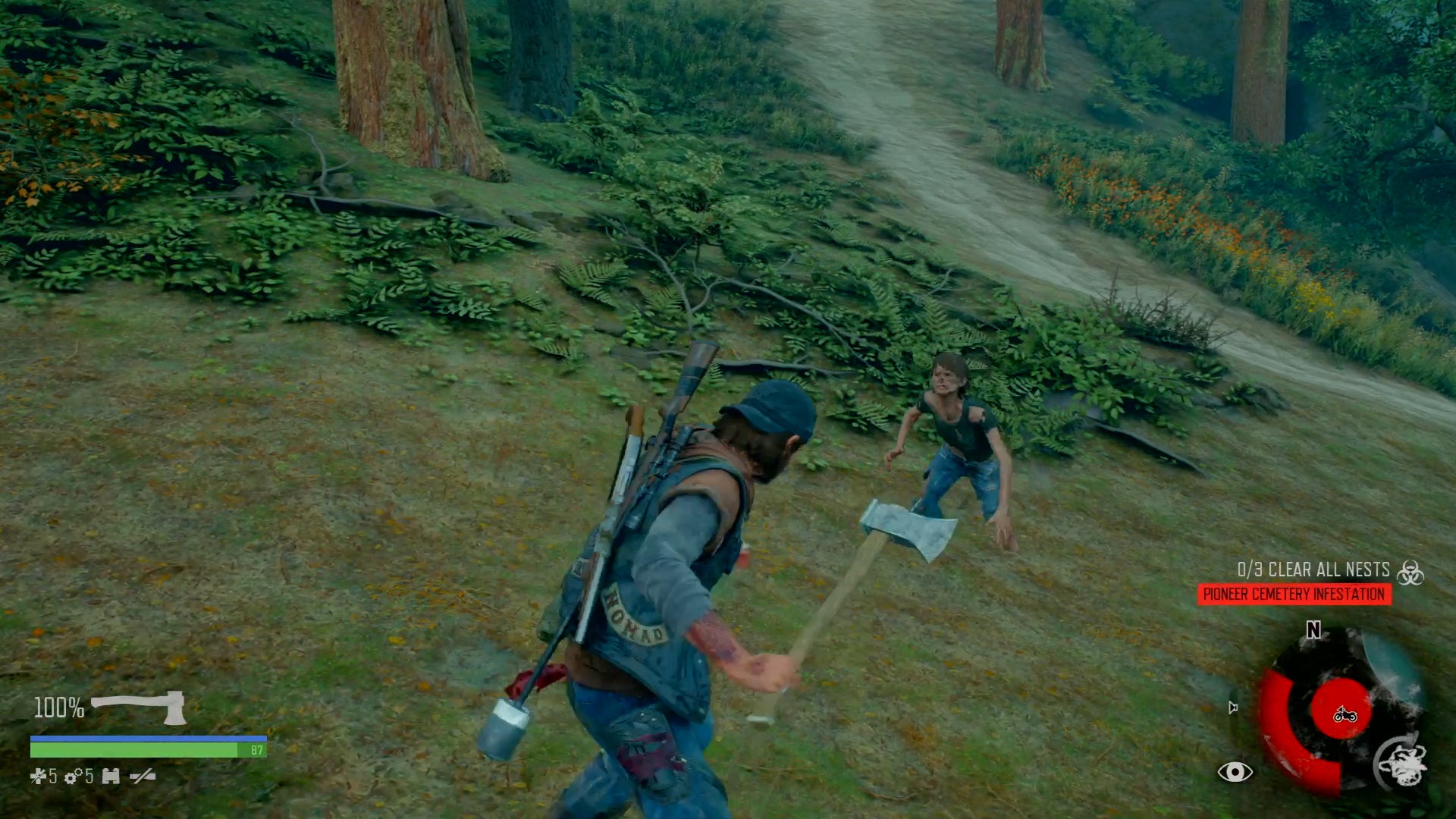 Deacon packs light and can’t carry much of anything, so if you’re able to craft something, do it, and clear up the space in your inventory.

Every time you return to a camp, you should fill up your bike and get it repaired at the mechanic, and restock your ammunition and suppressors at the merchant. Missions will usually dry you out supply-wise, so heading out without doing a supply run first is a good way to end up in a bad spot.

Mechanics can also retrieve your bike if it’s stuck without petrol or at the bottom of a river, so make your way to camp if you get separated from your bike.

While fuel management is a major element of riding around in Days Gone, the game is a little less clear on how your engine status affects your trips. Whenever you’re off your bike, you’ll see a percentage indicating how much damage your engine can take. If it reaches zero, your bike won’t be driving anywhere.

You can repair your bike by using scrap, so make sure you always have some on you, and upgrade your bike as soon as you can in order to increase its damage resistance and the size of its fuel tank. 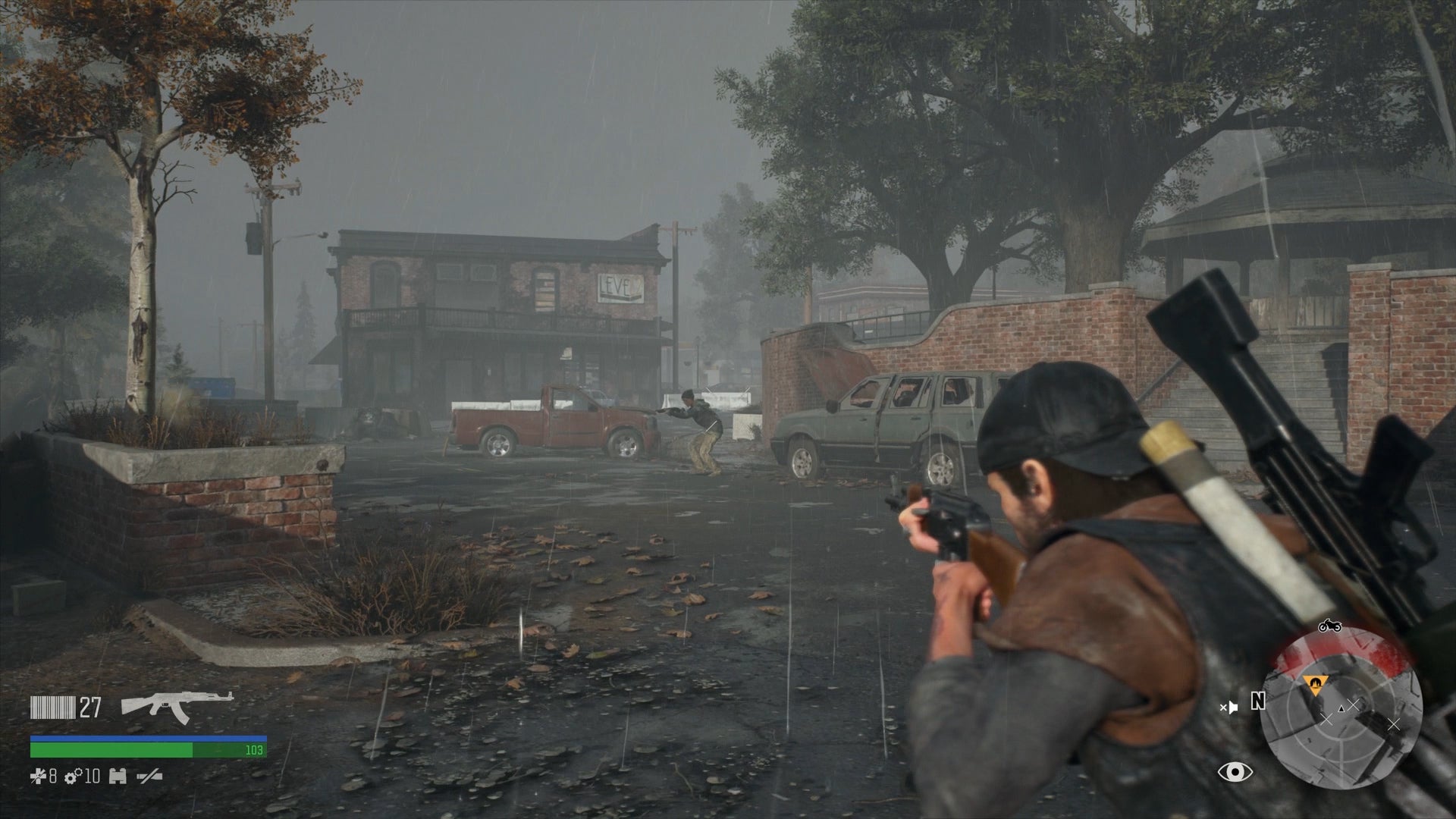 Every once in a while you’ll be on the road in Days Gone, minding your own business, when blam, a sniper takes out your engine block, sending you flying from your now-useless bike. Want to know how to stop this? Clear the ambush camps on your map, which will stop ambushes from spawning in an area.

Besides ridding you of this inconvenience, you’ll also unlock new weapons and gain access to a bunker to which you can fast-travel. Not a bad set of rewards for a pretty easy task.

If You Don’t Know What To Do, Go For A Ride

You’ll occasionally find yourself sitting in camp with no idea what the next story mission is. That’s because Days Gone unlocks new story missions via radio dispatches you get when on the road. You can game this a bit: Just ride your bike right out of a camp’s gate and someone will immediately call you, pointing you in the direction of the next story mission.

You Can Quicksave At Your Motorcycle

If there aren’t any enemies nearby, you can just hold triangle and quicksave — something that comes in handy when you’re about to start a mission after a long drive, and the last autosave was somewhere on the other side of the map.

Turn Your Controller’s Speaker All The Way Down

There are a few audio logs you can find in the game that will play through your controller’s speaker at a shockingly loud volume. Avoid this by going into your PlayStation 4 device settings and turning the controller speaker volume all the way down.

That way, the audio logs play through your TV or headphones, and you won’t scare anyone in your vicinity half to death.