Grip: Combat Racing is a high-speed futuristic racing game featuring vehicles with gigantic tyres, capable of driving right side up or upside down on twisting, topsy-turvy tracks. It’s like Wipeout, only with wheels. Or it was. This week’s free “Airblades” update gives players the option to race with wheels or hover engines. It’s the best of both future racing worlds.

Like the rides in Rollcage, Grip’s vehicles are relatively flat and low to the ground. Their unique flat-bodied, large-wheeled design creates airflow over the vehicles’ surface that pins them to the surface they are driving on at high speeds. That means they can drive on walls and ceilings.

Many of Grip’s tracks feature tunnel elements, with vehicles whipping across every surface. It’s a blast to play, reminiscent of another Psygnosis game, the iconic hover racer Wipeout. Now those two worlds have collided in a wonderful way.

With the surprise update, developer Caged Element adds a whole new class of vehicles to Grip. Every wheeled vehicle in the game now has an anti-grav counterpart. Here is the normal starting vehicle, the Terra Dominator. 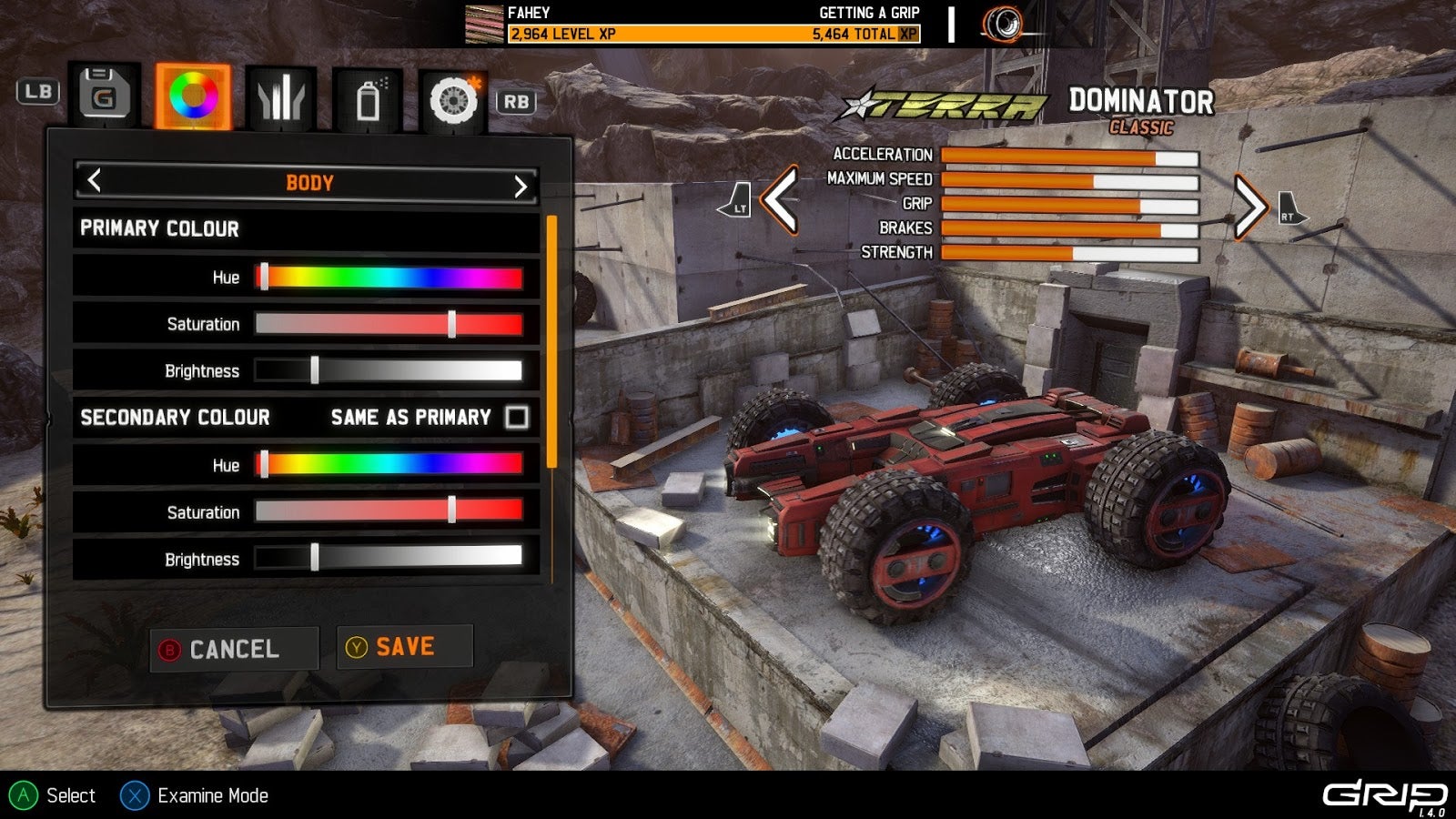 And here is the new Terra Dominator Airblade. 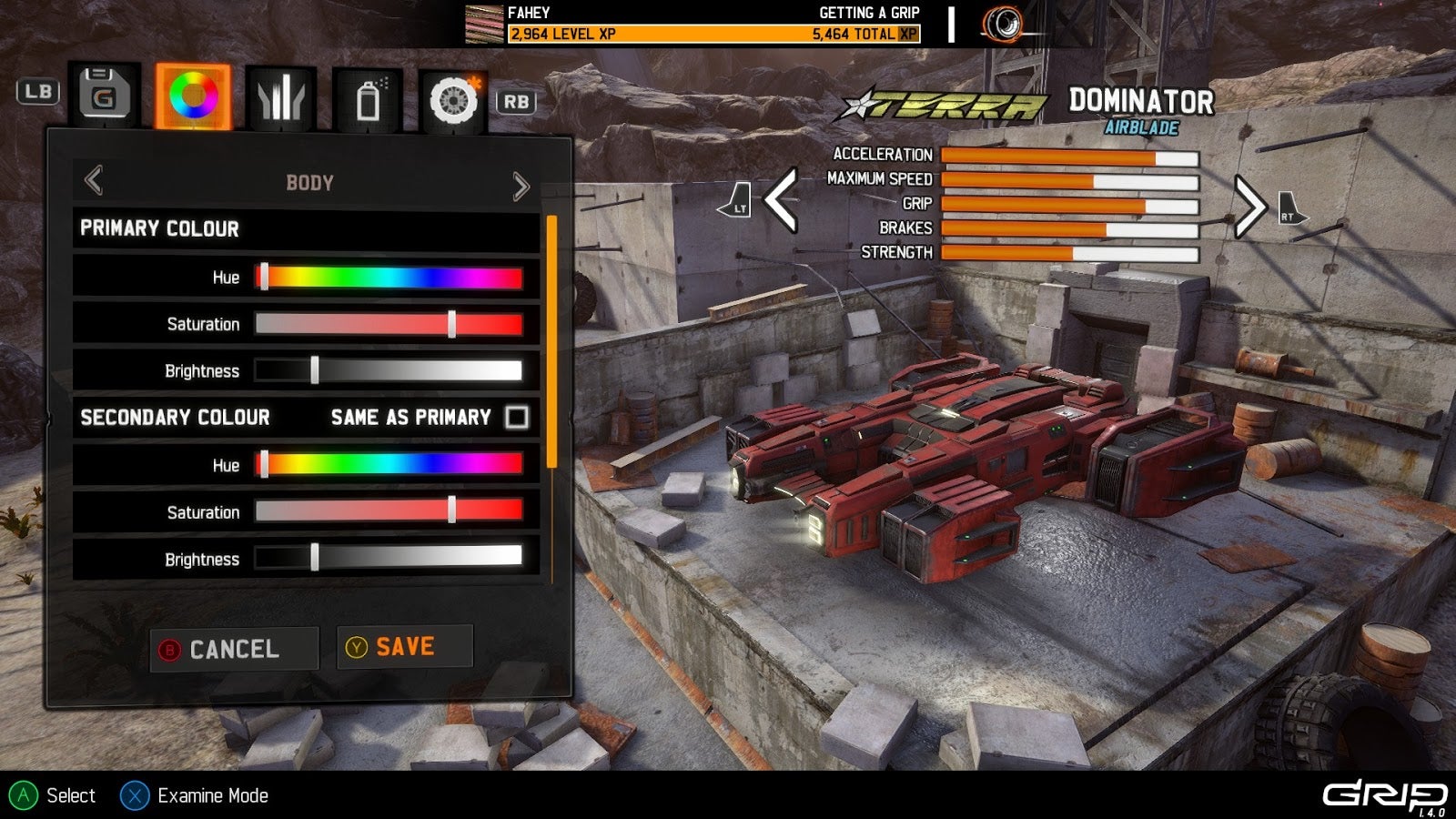 Comparing stats between the two vehicles, the Airblade version of the Dominator has a little more grip and slightly less braking power. The “Element 115 anti-grav engine” is better at hugging the road, but not the best at slowing down. It’s a fair trade.

I love that the vehicles are all essentially the same model, only the wheels have been replaced with high-tech hover bits. Wheels: 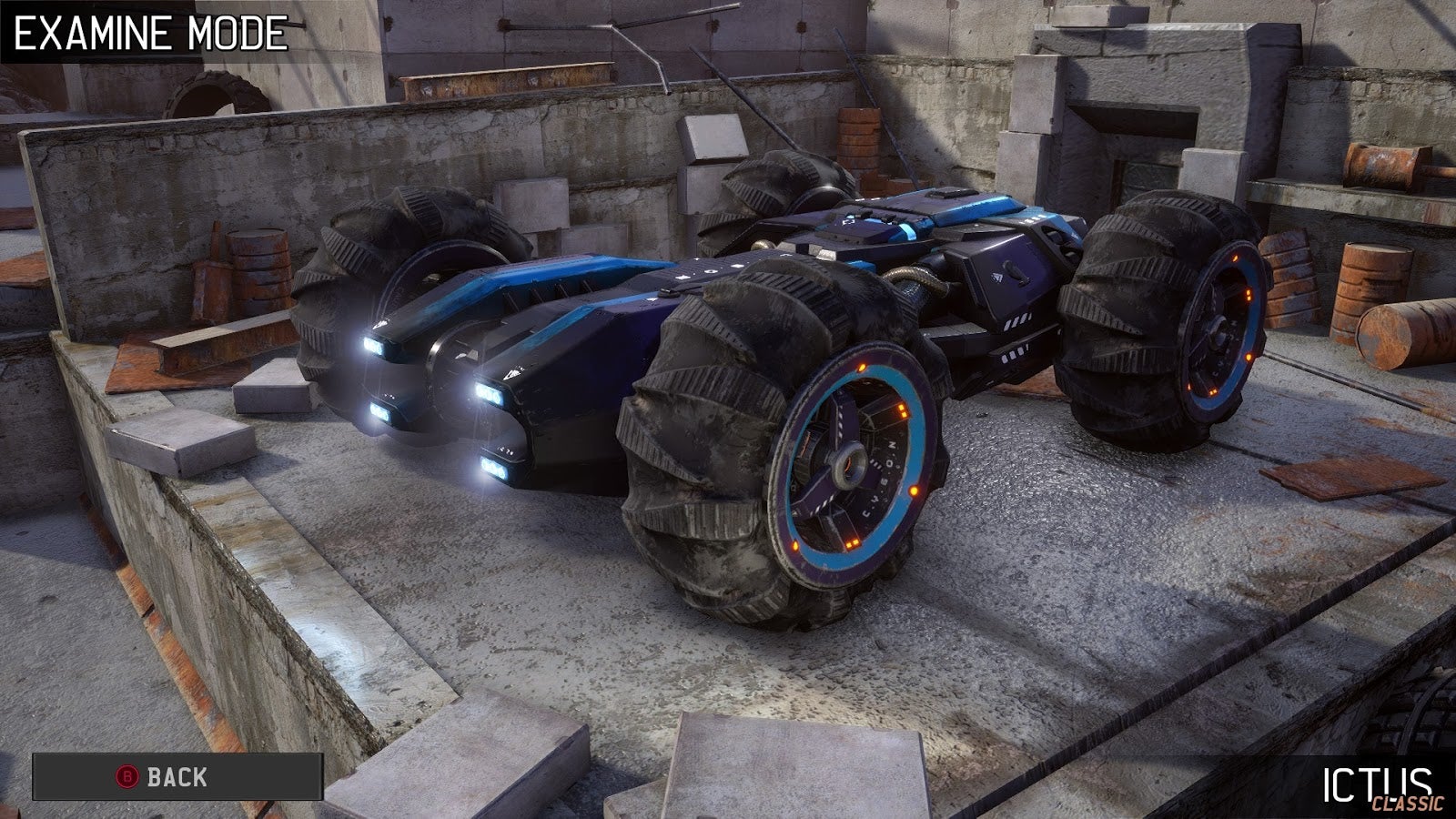 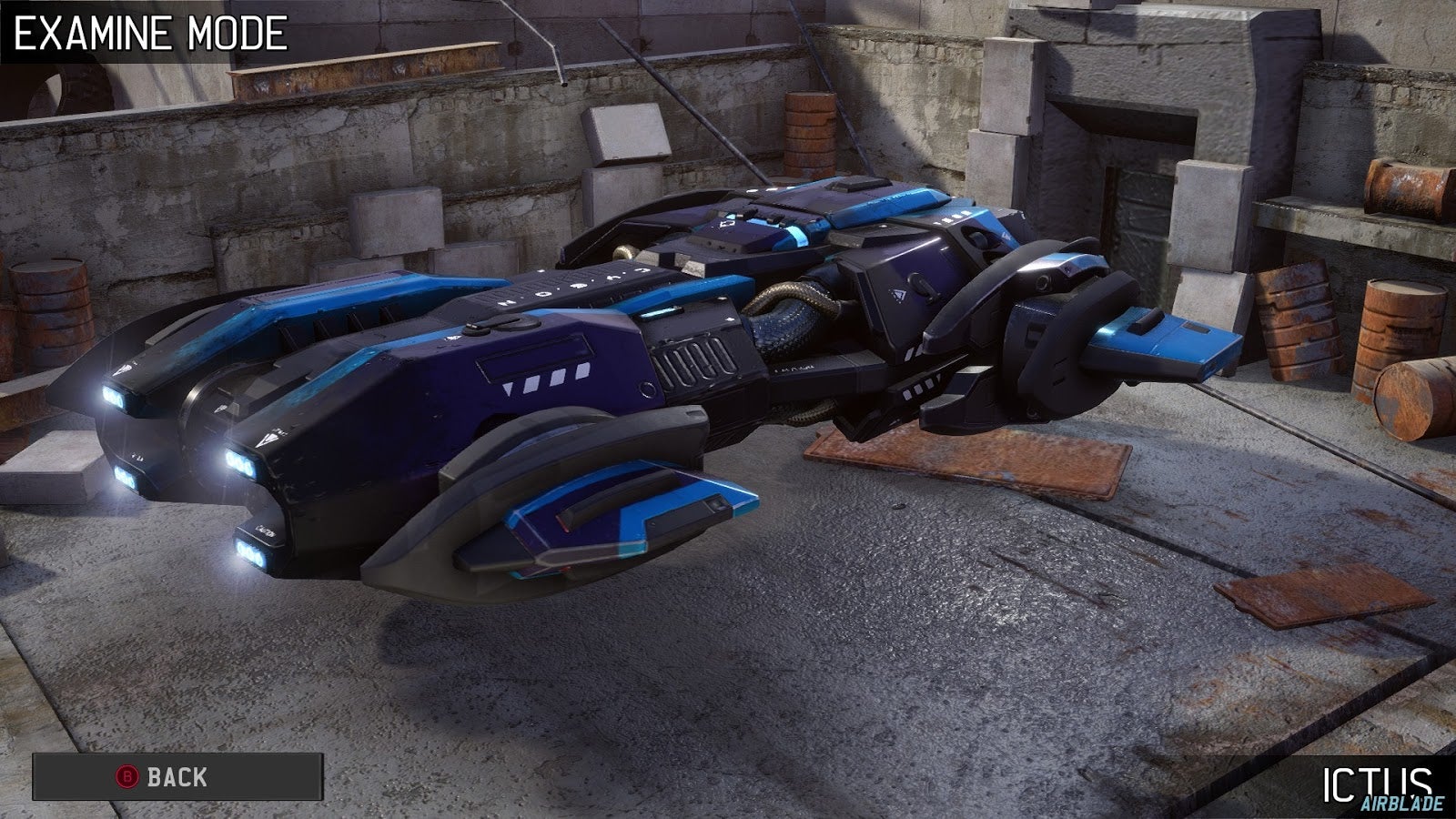 It’s a brilliant little change that any racing game could do. Forza Horizon Hover Edition? Gran Turismo Above Road Racing? Hell, might as well go the other way as well, toss some wheels on Wipeout’s finest. F-Zero Rollin’ y’all.

It isn’t as simple as just swapping out parts. The new anti-grav vehicles in Grip: Combat Racing have their own physics. They float, and they feel like they float, whereas their wheeled counterparts maintain a tangible connection with the road.

In a way, the hovering vehicles are antithetical to the game — nothing is being gripped here. But it’s too late to change the game’s name to Float: Combat Racing, and the hovercars are a lovely addition either way. 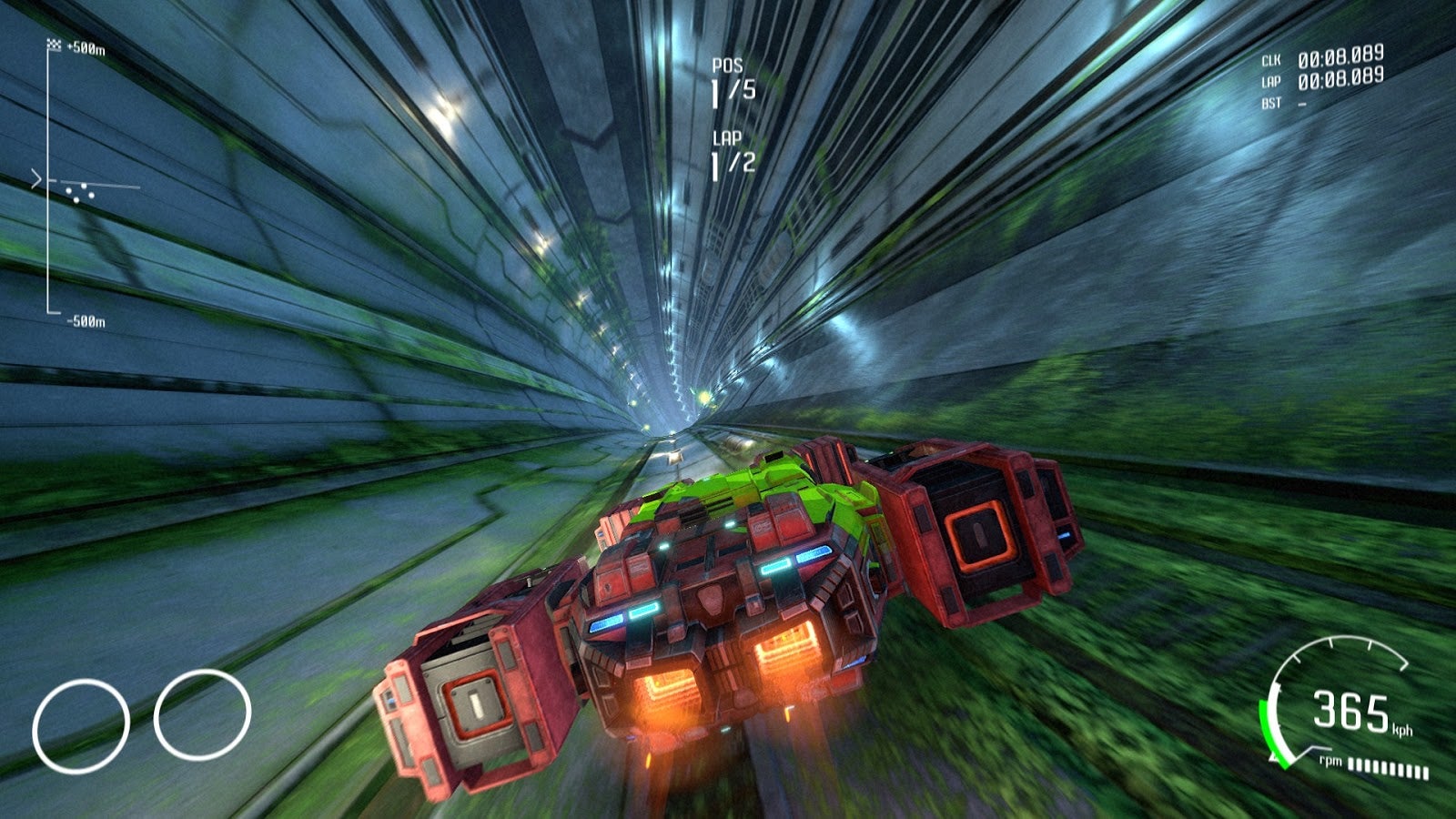 The new Airblade vehicles are playable across all game modes in Grip. Players can choose wheels, hover engines or a combination of both in custom races. The free Airblades update is available now on PC, Xbox One and PlayStation 4, with the Switch version coming later this month.