This Venusaur Was Too Scary For Detective Pikachu

RJ Palmer, an artist on the film Detective Pikachu known for his hyper-realistic Pokémon drawings, posted his menacing vision for the Pokémon Venusaur yesterday—one that never made it into the blockbuster movie.

If you saw Detective Pikachu, it’s likely you left the theatre either in awe of its realistic imaginings of Pokémon or wondering where the hell your favourite monster was. While the movie’s chirping Bulbasaurs made some viewers’ eyes water, the grass-type Pokémon’s final evolution, Venusaur, was conspicuously short-shrifted.

Venusaur was showcased in one of Detective Pikachu’s trailers. Warty, cute and decorated with a pink flower, he looked amazing—but not as imposing as I’d imagined him. Although he appeared prominently in the promotional material, and although the other original starter Pokémon’s final evolutions were prominently featured in Detective Pikachu, Venusaur only shows up in the background.

When Kotaku previously covered RJ Palmer, it was when he got a gig working on Detective Pikachu. Yet in 2012, he illustrated a different look for Venusaur that looks a little more lizard-like than its classic frog form: 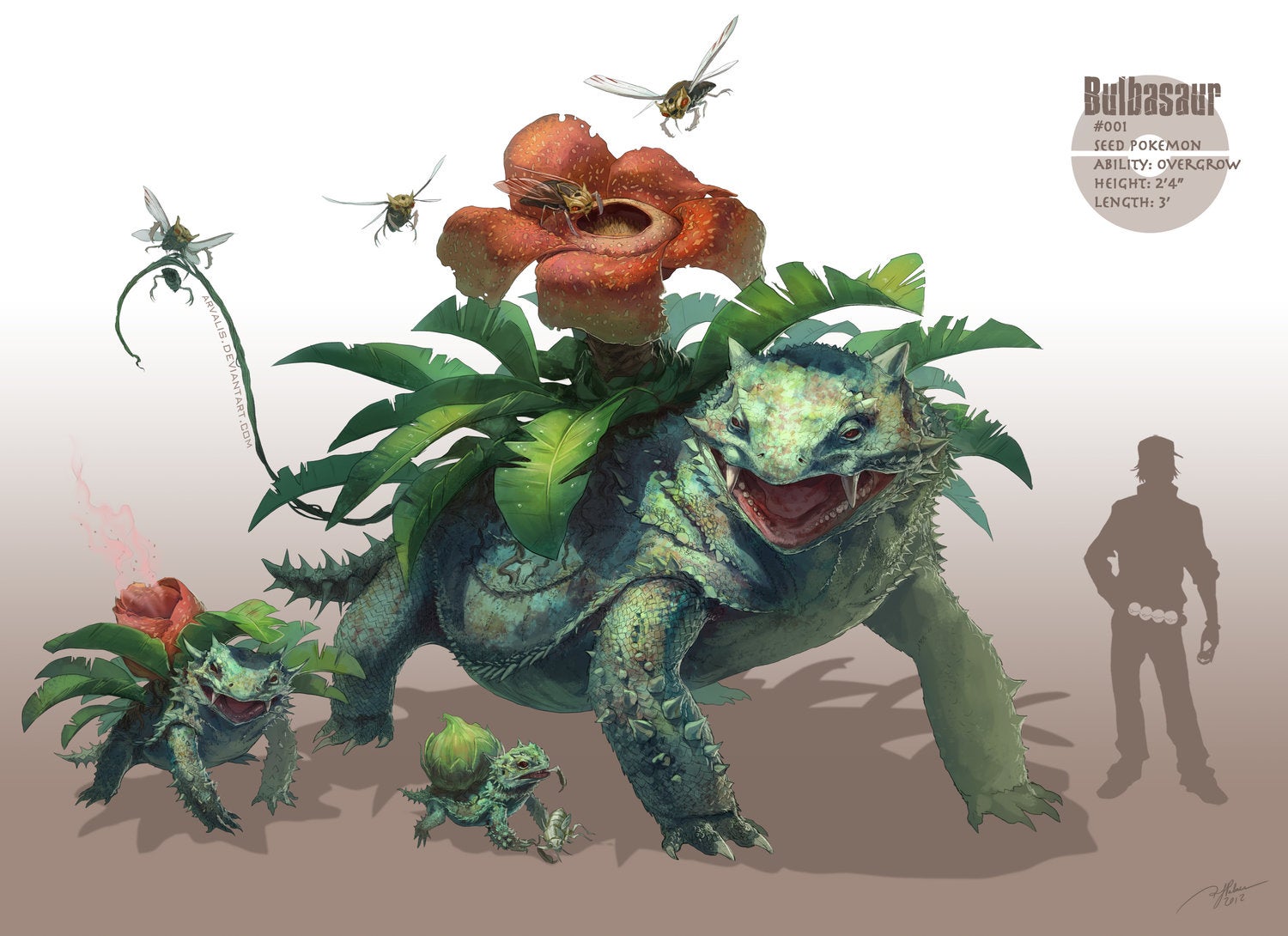 Yesterday, Palmer posted a second Venusaur design on Twitter—a menacing, terrifying beast with a row of jagged teeth and tiny red eyes. “This was during a period where I was free to explore a more naturalistic approach,” he wrote. “Looking back though it’s super clear that this would be too scary for the tone of the movie. I think the design they ended up with is fabulous!”

Palmer also illustrated a Venusaur with a mushroom bloom on its back rather than a flower: 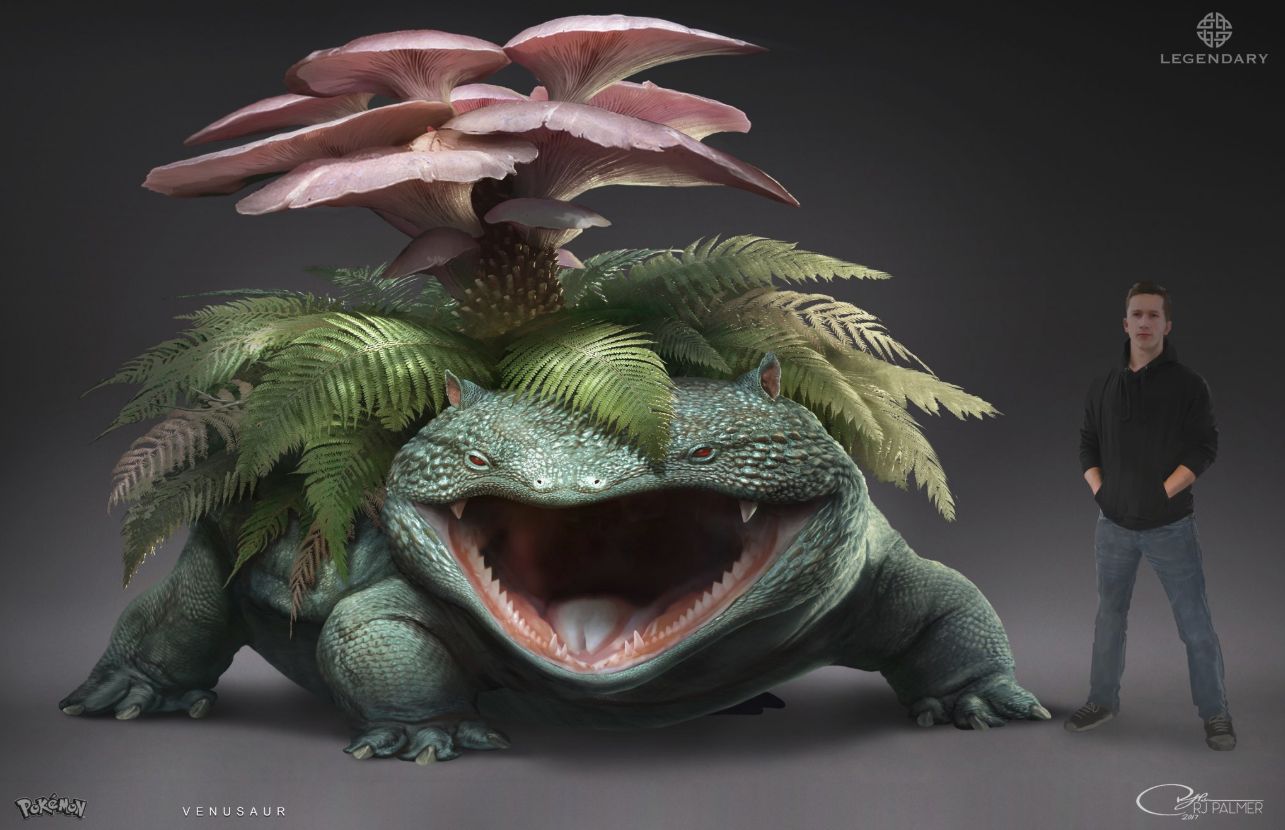 Palmer said he’s always found Venusaur’s squat width to be iconic. “I’d use the adjectives wide and girthy,” he told Kotaku via Twitter DM. He also thinks it has a scary quality even in the original designs.

“Venusaur has always looked kinda menacing to me, especially when you realise it’s canon height is 6’7″,” he said. “I wanted to explore the scale and how potentially unsettling a thing that tall and wide would be should it actually exist in our world.”