All I Want To Do Is Play 16-Bit Action RPGs

It was about two months ago when, reading the latest updates on the Sega Genesis Mini, I thought to myself: “Wouldn’t it be cool if the classic 16-bit action role-playing game Crusader of Centy was on this? That’s what I’d probably play first.” The next thing I thought was: “Idiot, you have a Mega SG! Just play it!”

So I did. I’d never played more than a few minutes of Crusader of Centy, but it was easy to fall into. A young boy lives in a small village and suddenly finds himself on an adventure that grows in scope until he finally ends up killing God, all from a top-down 2D perspective with Zelda-style mechanics. Ah, yeah. That’s the good stuff.

The 16-bit action role-playing game is like a frozen moment in time, a particular artifact of a very specific era of game design. There were action RPGs on 8-bit consoles, but in general they haven’t really aged well; they’re clunkier and grindier than their descendants. The Super NES and the Genesis were where the form truly came into its own. The controls became more polished, the graphics and music more beautiful.

Then 32-bit and polygons happened, and that was pretty much it for the 2D action RPG. But there was a very specific 6-year period in the early 1990s that I’m now trying to mine it for all of its treasures. After finishing Centy, I played through the similar Super NES classic Illusion of Gaia for the first time in 25 years.

Then there was nowhere else to go but its sequel Terranigma, of which I’d played about a third a few years back. I decided to start over and properly finish it for the first time. 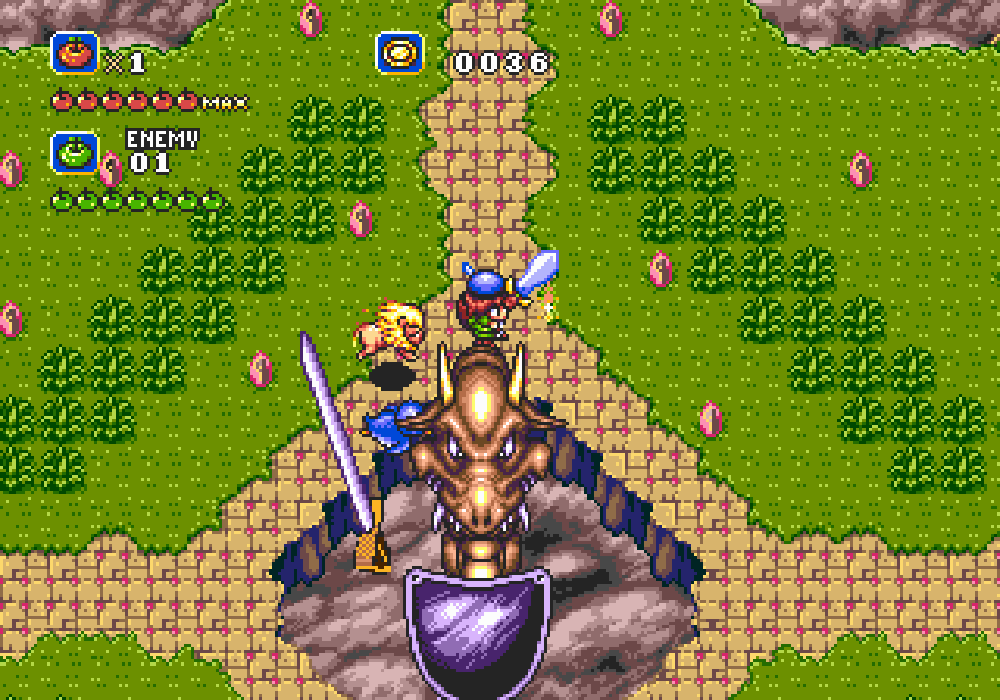 What’s so enticing to me about action RPGs is summed up in the name. You have to attack and dodge enemies in real time, and maybe also do some light platforming. You can also boost your power by killing more enemies, finding better items in chests, or collecting money to buy better stuff.

It’s this combination of elements, of scraping by in a battle thanks both to your own reflexes and having put in the time and energy to grind and get more powerful, that produces a feeling that I find more satisfying than a pure action game or a turn-based RPG. There’s some weird alchemy there that I love.

What I had forgotten about Illusion of Gaia in the past two decades is just how few RPG mechanics it actually includes. It has a lot of the surface-level trappings that we associate with an RPG, like extensive storyline sequences, a world map, and items hidden in chests.

But your character’s progression is locked in place: there are no extra weapons or armour to find, and your stats only go up once you clear out all the enemies in a room for the first time. This means you can’t grind to become more powerful than the game wants you to be at that moment.

Crusader of Centy is similar; like Zelda games, you can only boost your HP by finding extra life containers scattered around the world. You can’t grind out extra power by slashing up mobs of enemies. In these cases, the games feel more like RPGs thanks to the emphasis on story, but when you start looking at what’s under the hood, they’re more like story-heavy nonlinear action games.

Terranigma’s RPG bona fides, though, can’t be argued, since your character does level up by defeating enemies, can find better weapons and armour, and can grind out cash for upgrades. You have to do this at certain parts of the quest or you won’t be powerful enough to defeat certain bosses—you’ll only do 1 hit point of damage per attack, making your success highly unlikely. 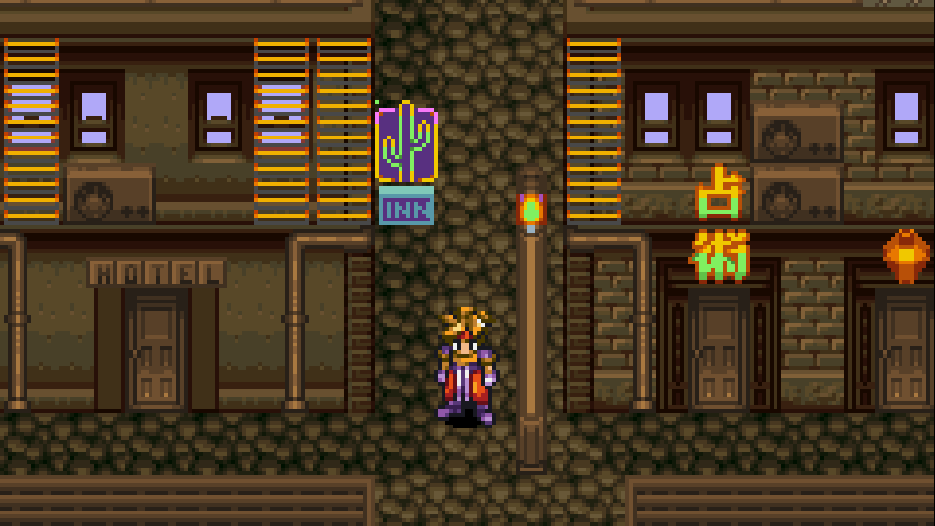 The thing I like best about Terranigma is its commitment to freedom of movement and thrilling action gameplay. Where many action RPGs simply let the character attack by swinging his sword, Terranigma lets you combine dashing and jumping with attacks to create a variety of different moves.

You can jump while attacking, fling yourself through the air while dashing, or do the ultimate move by running, leaping into the air, and pressing attack, which will send you down in a flying slide kick that does the most damage of all your basic moves.

What all of these games have in common is beautiful pixel art, catchy chiptune soundtracks, and that endearing sort of prototypical video game story where you can see the ambitions of the writers straining to escape the restrictions of low-resolution graphics and the limited ROM space they can fill with text. You don’t see games like this made anymore.

This type of game, which seemed like such a big part of the gaming world during my late adolescence, was, in retrospect, limited to one brief technological era.

This is all to say that I need some recommendations for other 16-bit action RPGs to play. Don’t suggest Secret of Mana, which I’ve played quite a few times already. But what should be next?