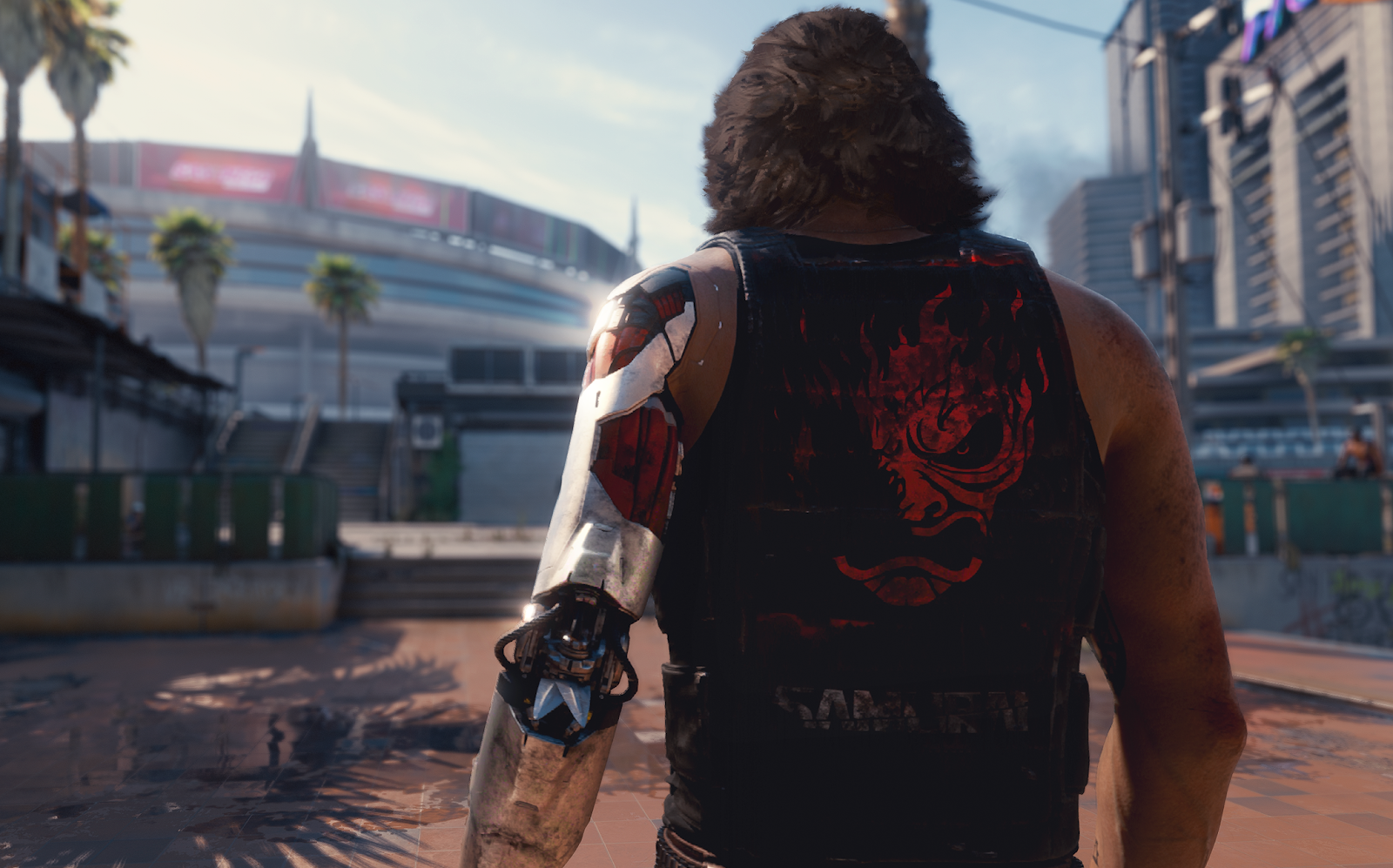 A screenshot from Cyberpunk 2077 featuring a hypersexualised advertisement depicting a trans woman drew scepticism today on social media. The artist responsible has spoken up, claiming no offence was meant and that the art is a commentary on corporate marketing.

The image in question comes from an in-game advertisement for a product called Chromanticure, which appears to be a soft drink with multiple flavours that are meant to be mixed and matched. The screenshot containing the ad comes from an Nvidia announcement about ray-tracing in Cyberpunk 2077. The advertisement features a sexualised female model with a large penis visible underneath her clothes. The slogan reads “mix it up.”

Editor’s Note: Kotaku Australia contacted Nvidia, who published the screenshots yesterday, asking for comment about the character depicted in the background of the Cyberpunk 2077 screenshot. Nvidia declined to comment, only saying that the screenshots were supplied by CD Projekt RED. — Alex

The somewhat-teasing slogan and prominent genitalia drew a reaction on Twitter, with some users expressing scepticism or confusion about the advertisement’s context and purpose. In an interview with Polygon, CD Projekt Red artist Kasia Redesiuk spoke about artwork. I don’t think there’s anything wrong with sexualizing trans bodies. They can be beautiful. But there’s an aspect here that does feel a bit fetishistic.

“Personally, for me, this person is sexy,” Redesiuk said to Polygon. “I like how this person looks. However, this model is used — their beautiful body is used — for corporate reasons. They are displayed there just as a thing, and that’s the terrible part of it.”

Redesiuk added, “Cyberpunk 2077 is a dystopian future where megacorporations dictate everything. They try to, and successfully, influence people’s lives. They shove products down their throats. They create those very aggressive advertisements that use, and abuse, a lot of people’s needs and instincts. So, hypersexualisation is apparent everywhere, and in our ads there are many examples of hypersexualised women, hypersexualised men, and hypersexualised people in between.”

In October, the GOG Twitter account appropriated the hashtag #WontBeErased to talk about their catalogue of computer games. The hashtag’ originated as a way to raise awareness of a Trump administration memo about narrowing the legal definition of “sex” in federal law.

While the cyberpunk genre does focus on corporate manipulation, it’s also a genre coloured by the anxieties of the time it was created. In Cyberpunk as a tabletop roleplaying game, a mechanic called Humanity denotes someone’s fundamental connection to their body and their human nature. This value can be reduced to dangerous levels with too many cyber-modifications.

Sex changes lower a player’s Humanity score in some rulebooks for Cyberpunk 2020. Players with a low enough Humanity enter into a violent state called cyberpsychosis. In real life, trans people don’t need to worry about going cyber-psychotic. (Shocking, I know!) I just take my hormones every day and enjoy fantastic benefits like softer skin. We’ll have to wait until Cyberpunk 2077 comes out to see how much humanity, sex changes, or cyberpsychosis will be incorporated.

Redesiuk offered an apology to those who were troubled by the in-game advertisement.

“I would say it was never the intention to offend anyone,” Redesiuk said. “However, with this image of an oversexualised person, we did want to show how oversexualisation of people is bad. And that’s it.”