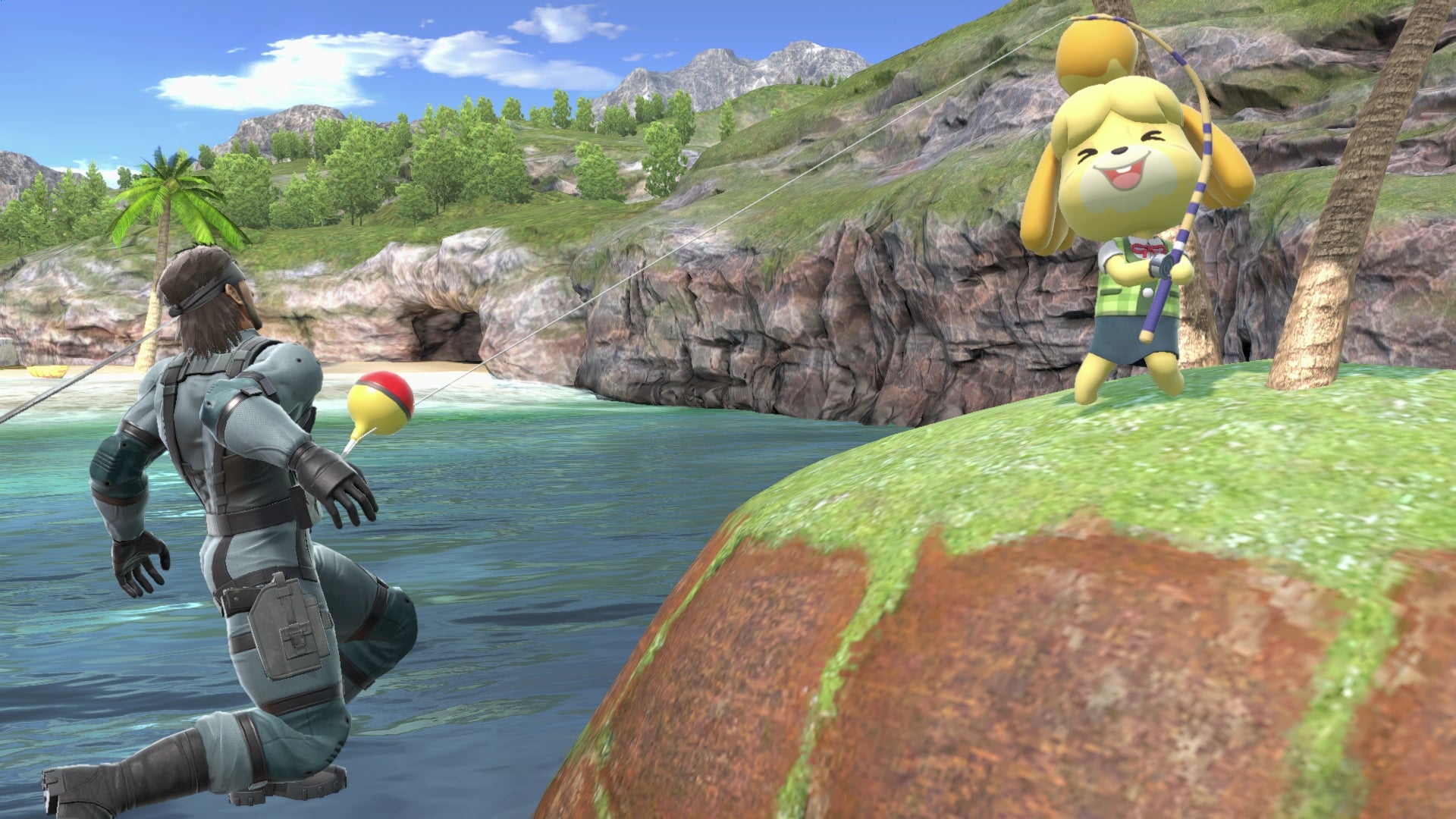 In fighting games, appearances can often be deceiving, but one Super Smash Bros. Ultimate matchup is exactly what it looks like. Solid Snake, the rugged protagonist of ‘tactical espionage’ action franchise Metal Gear, has a clear advantage in many fights, especially when facing the cute Animal Crossing secretary Isabelle. But this lopsided matchup didn’t stop one competitor from playing her heart out and taking down one of the best Ultimate players in the world.

On paper, this specific Super Smash Bros. Ultimate tournament match was all but decided before either player sat down at the AON Gaming weekly last Friday. Elliot “Ally” Carroza-Oyarce, visiting the Long Island-based event from Canada, has been considered a high-level Super Smash Bros. talent since the days of Brawl, and his legacy has only gotten stronger with Ultimate.

While his skill has a lot to do with that, he’s also aided significantly by his use of Solid Snake, a character considered by many to be, at the very least, one of the top five fighters in the game. Ally glided through his first few tournament matches, dispatching a handful of players in quick, 2-0 blowouts before coming up against a lesser-known Isabelle player who goes by the handle Bocchi.

Bocchi is Ally’s opposite in almost every way. At only 15 years old, she’s much younger than Ally, who turned 28 last February. She’s also relatively inexperienced when compared to his decade of competition. Then there’s the fact that she plays newcomer Isabelle, whose adorable demeanour doesn’t necessarily translate to viability in high-level Super Smash Bros. Ultimate play.

Before the recent patch, a consolidated character ranking placed her just outside the bottom 10 due to, among other things, the short range of her normal attacks and overall vulnerability.

In more recent patches, the situation has only gotten worse for the clumsy canine. Bocchi had her work cut out for her.

But that’s the beauty of fighting games: no matter how lopsided a situation may seem, nothing is ever predetermined.

Bocchi has been public about her opinion that the Isabelle-Snake matchup is actually even, and she did a good job of showing why she believes that in her match against Ally.

While the Canadian player won the first game, it was a close match, thanks to Isabelle’s ability to pocket Snake’s grenades and missiles. This allowed her to turn the projectiles against him, and it limited his ability to keep her off stage.

Bocchi also made good use of Isabelle’s fishing rod, a long-range special that grabs the opponent and sets them up for a follow-up throw. Bocchi seemed to gain some measure of confidence in the opening fight and carried that into the next two games.

By staying on Snake, Bocchi made it almost impossible for Ally to control the stage and make use of his character’s highly damaging arsenal. There’s something very silly about watching Isabelle use her collection of umbrellas, party poppers, and traffic signs to combat Snake’s very serious military hardware, but both players looked serious as their respective characters battled on stage.

As it became clear that Bocchi was more than a match for Ally, the local crowd livened up, cheering her on during the match and then exploding when she finally managed to defeat the Super Smash Bros. Ultimate powerhouse by a score of 2-1. In the footage above, Bocchi can be seen jumping out of her chair and hugging a few of the spectators in celebration.

While I don’t think fighting game tier lists are completely full of shit, there are certainly a few intangible details that make them less than accurate in certain situations.

Ask any Super Smash Bros. Ultimate player which character is better, Snake or Isabelle, and the majority are going to tell you Snake, especially when Ally is the one controlling him. But this general opinion also grants Isabelle an air of mystery. She’s presumably pretty bad, so no one plays her, so no one knows how to play against her.

This leaves Isabelle players like Bocchi, who, don’t get me wrong, probably has to practice twice as hard and play twice as well due to her character choice, with an advantage that tier lists don’t normally take into account.

After winning, Bocchi was inundated with messages of congratulations on social media, and some even started to posit whether Isabelle was stronger than many in the competitive community had previously thought.

Despite her incredible upset of Ally earlier in the day, Bocchi’s denial of this notion was blunt: “No, Isabelle isn’t a magic mid-tier now. She’s still probably bottom 10, and has a lot of horrible matchups. She is still not good.”

Well, that settles that.