Whatever the strengths of the Xbox platform, it’s long lagged behind Nintendo and Sony in terms of homegrown, exclusive video games. There have been highlights in its history and even some stellar games of late, such as last year’s Forza Horizon 4, but the Xbox One era has been rough. There have been prominent cancellations, disappointing sequels and games that under-delivered given how long fans were waiting for them.

In recent years there have been hints of a coming turnaround. While Nintendo and Sony have turned out Game Of The Year contenders such as The Legend of Zelda: Breath of the Wild, Super Mario Odyssey, Horizon: Zero Dawn, and God of War, Microsoft has slowed its development cycle for Halo games (and possibly Forza as well), and it has nurtured unusual exclusives like the zombie strategy adventure State of Day 2 and multiplayer-centric pirate game Sea Of Thieves with lengthy, game-improving post-release support.

It’s also been building and buying game studios, announcing five such additions last E3, two more in the fall and adding longtime indie Double Fine to the mix this month.

With all this in mind, I spent some time at E3 last week asking Xbox boss Phil Spencer about the quality of the platform’s games. What follows is the final part of my E3 interview with Spencer, in which we approach the topic from a few angles and discuss the conditions for the people making those games as well.

You can read the two previous parts of the interview here and here.

Stephen Totilo, Kotaku: This is the first year without a new Forza that I can recall. Why?

Phil Spencer, Xbox: One of the nice things I loved about [the E3 2019 Xbox briefing]—at least they would be more in my head than they would be in public—was the things that we didn’t show.

I think about of the 14 first-party games, 12 are shipping in the next year. We were really able to focus on what’s coming now, which I think is awesome. And then I think about the studios: where was Initiative? Where was [Forza Motorsport studio] Turn 10? Where was Playground’s second team?

It was nice, and this hasn’t always been the case with our first-party line-up, where we’ve had the ability to not show everything all the time. In the case of Forza, I want the team, just like we did 343 [Industries].

We gave them time—we did, what, four Halos in four years?—giving them an opportunity to really think and have a creative impact when they launch. Turn 10 is similar. I want to give them time to think through their plans.

I love what they do with Motorsport, but you’ve got to be able to listen to your studios when they need time and they want to focus on more things. And as you have more content, you’re able to do that. 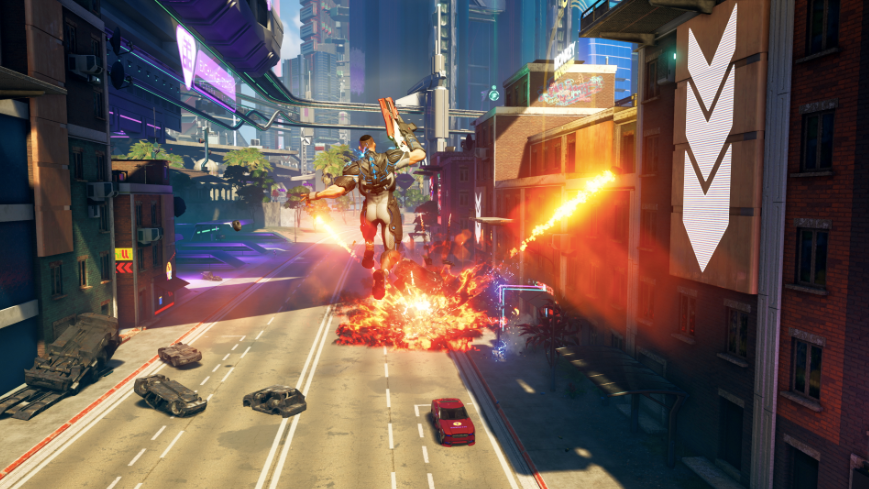 In 2007, when you were head of the games portfolio, a younger Phil Spencer told a younger Stephen Totilo, about the games from first-party that “It is very important that we pick games that matter. We’re going to focus on fewer games and make sure those games are stars when they come out.”

For a long time I really did look to first part of Microsoft and saw a consistent high level of quality and, honestly, I feel like it diminished a little bit some time in the last several years.

I look at the first-party operations of all the platforms and I see a lot of Game of the Year contenders from both Nintendo and Sony and I would say, bluntly, looking at recent years from you guys, Forza Horizon stands out, but not so much Crackdown, not so much Halo 5, which I think many people thought the campaign was weaker than others.

Gears 4 was solid, but it wasn’t outright ‘the best Gears ever’.

So, you have good taste in games, you play a lot of games, I don’t know if you see it quite the way I see it, but do you see that there has been a challenge in terms of high-quality game creation with you guys and, if so, have you figured out the remedy to get past that and make those stars again?

Spencer: I think quality of first party is very important, so I’m totally with you there. We did reach a time in our first party where the number of games and studios that we actually had and were investing in put a lot of pressure on everything that we were doing.

And it became more difficult to manage a portfolio when you kind of needed everything at any point to hit the date that it had picked three years ahead of time at the very high level of quality.

The support that we’re getting now and we’ve had over the last couple of years has allowed us to invest in our first party, adding eight new studios and really create room for us to focus on quality.

I feel good about what Rod [Fergusson]’s done [at Gears studio The Coalition], what Bonnie [Ross] has done [at Halo studio 343 Industries], what Alan [Hartman] has done with Turn 10, and what Helen [Chiang]’s been doing with Minecraft.

Totilo: You’re speaking to what you’re privy to with where they’re going with games I haven’t played yet…

Spencer: Yes, even in the past, Rod building a studio with the Coalition and Bonnie spending the time bringing Master Chief Collection to PC. It’s not about PRing you about whether all the studios are great or not.

I think what I see now with Matt Booty running first party and the number of studios that we have and the number of games in development is: I don’t feel that I need to announce things at a wrong time in order to win some rating system somewhere.

I feel like I can give teams the time they need in order to get the right creative positions in place so they’re building the game that they want to build. And when things require more time, we can afford to make sure that we’re giving things the right amount of time.

The other thing that I would add as [Xbox subscription service] Game Pass continues to grow, it’s been an interesting way to watch our whole dynamic of, ‘What does it mean to engage customers with that game?’ Sea of Thieves is a good example.

At launch, and I read all the same feedback everybody else did, was: ‘Where’s the other half of the game?’ But I would also say it’s a game where what it is today wouldn’t be what it is if we had just waited another year and kept it to ourselves.

It is a game that was literally created with the feedback of the community, and how you manage that through the traditional lens of how people think about what a game launch means is interesting for all of us. 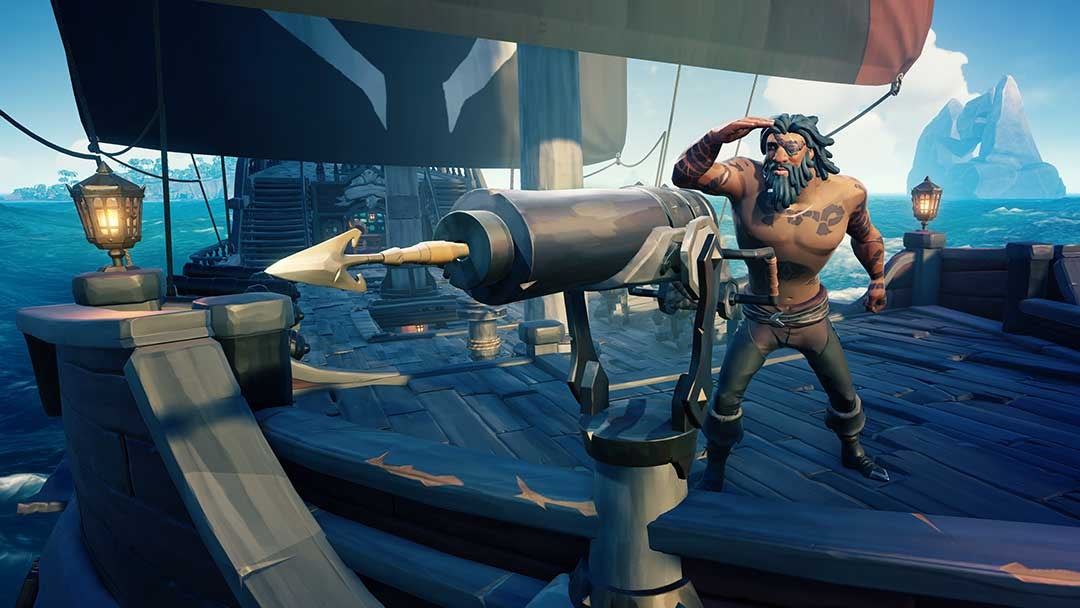 I want to make sure I have more space.’ Like these are the things that we work through. And I see it. You guys report on it. Other people report on it.

Totilo: Yeah, you don’t want the Kotakustory about one of your studios, right?

Totilo: We don’t have one planned.

Spencer: I’d rather have the conversation internally, because I think it’s an easy way to do it. And I think we have the environment that we could. And it’s not a conversation that I hear inside of our halls.

And as I said, I don’t claim to be an expert of what it means to either work in a union… so if you ask me, ‘Do I think it would make things better or not?’ I honestly don’t know.

I feel like the things that we focus on that make us a great place to work—we do a monthly Q&A where I stand up in front of the whole organisation and people can ask anything. Those open forums of communication seem really critical to us building the right culture for our teams internally. We’re always listening about what we can do to make our teams more productive.

Totilo: Do you want to tell people anything exciting about Fable?

Spencer: [laughs] I love that Fable came to [Xbox One backwards compatibility]. I want to make sure that when we talk about things to come, whether it’s Fable or not, that the team feels very solid about what they are doing.

I will harken back to… I can go through my battle scars. Marvel MMO. Anybody remember us announcing a Marvel MMO? We didn’t even have a team that was signed that would do the Marvel MMO.

Xbox PR rep: We don’t have to go through the list.

Spencer: [laughs] I’m honest. Running a studio organisation and making sure we’re talking about games at the right time, when we know what we’re trying to build – I’m not making any comment specifically about Fable, it’s about anything in the portfolio—that we know what we’re trying to build, that we have a good sightline on the quality that we’re shooting for and some idea of when it would come out.

I know I get called out about being too conservative and holding too much back. But the thing I love about our show [at E3] was 60 games and the first party games—I could tell you when those all were shipping, and I can play those games, most of them here, and can put my hands on them and make promises.

And yes, Halo is one of those games, but Halo is somewhat spiritual in its association with Xbox and the fact that they’re coming out at the same time [as the new Xbox Scarlett] is at least special for me to highlight.

And I love that people are interested in franchises that we’ve had in the past.