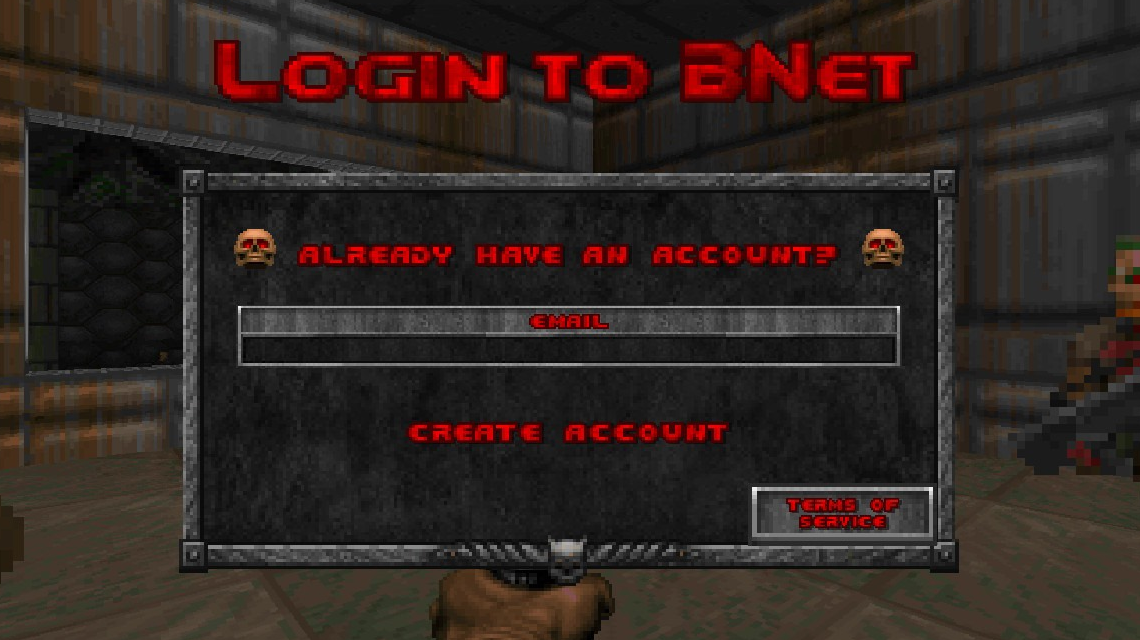 Screenshot: Kotaku, Doom
To sign up for our daily newsletter covering the latest news, features and reviews, head HERE. For a running feed of all our stories, follow us on Twitter HERE. Or you can bookmark the Kotaku Australia homepage to visit whenever you need a news fix.

Today, Bethesda announced the first three Doom games were all be coming to modern consoles, including the Nintendo Switch. What Bethesda didn’t mention was that you’d first need to create a Bethesda.net account in order to play them.

ResetEra’s Nibel pointed out the requirement on Twitter earlier today. While Doom and Doom 2 only require you to log in to a Bethesda account once to unlock the game, Doom 3 will require it every time you play in order for all of the features and content to be available.

It’s an especially bizarre requirement since none of the games have an online component. Each game only offers local multiplayer and doesn’t require an internet connection to play beyond the logins.

I bought the original Doom earlier today due to the nostalgia of seeing the shooter I’d first encountered on the SNES decades ago playable in my hand on Nintendo’s newest console, but getting stuck at a login screen before I’d even fired my first bullet snapped my rose-coloured glasses in half.

Is Bethesda really that desperate to get people signed up for Bethesda marketing emails?

In response to the requirement people have been poking fun at Bethesda and imagining what it would be like if the login prompts appeared in other classic games: 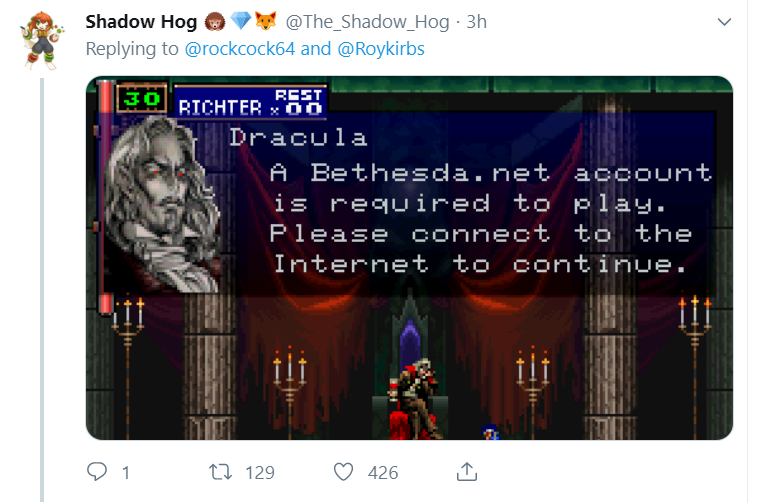 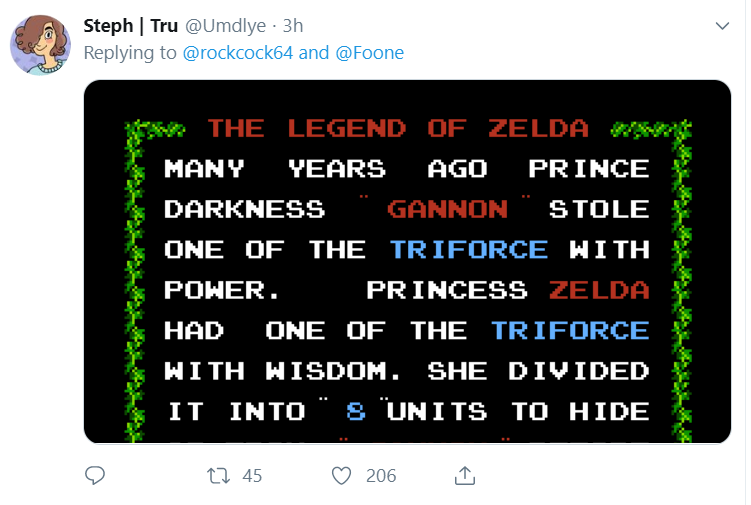 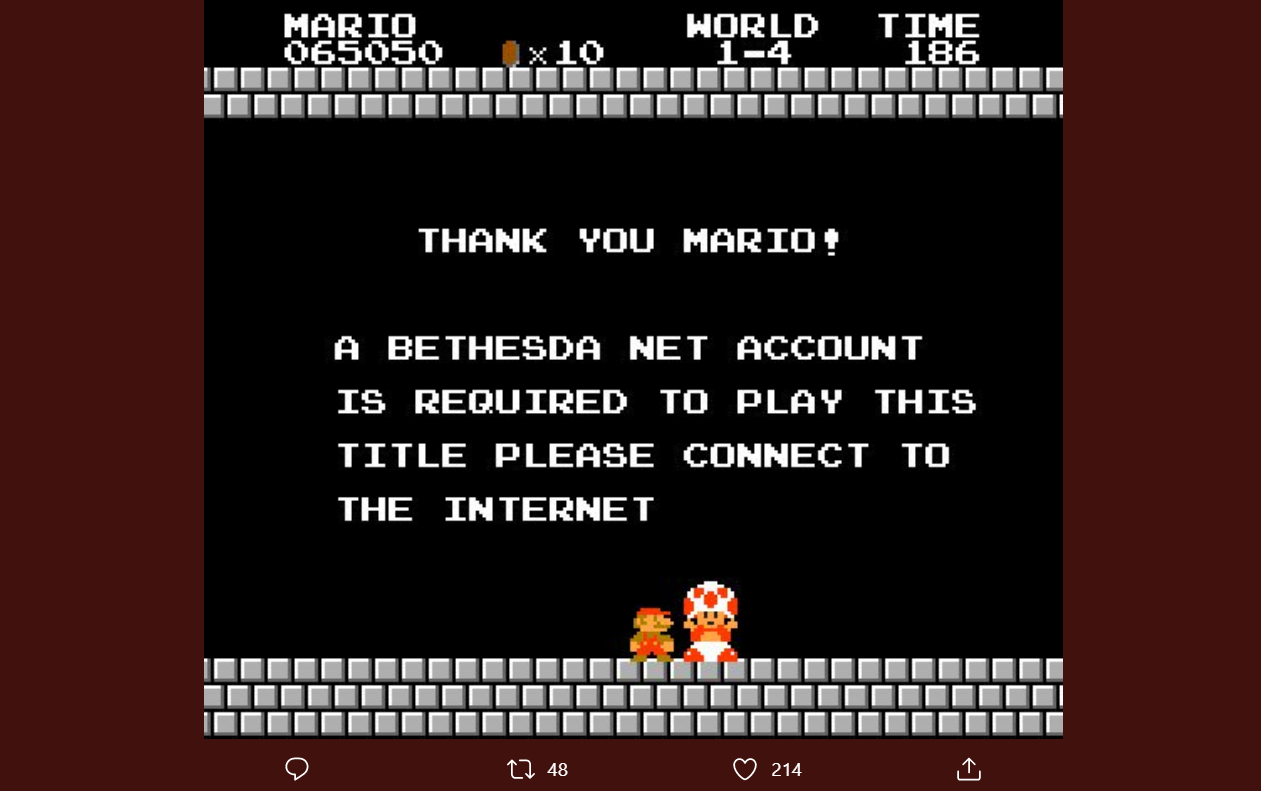 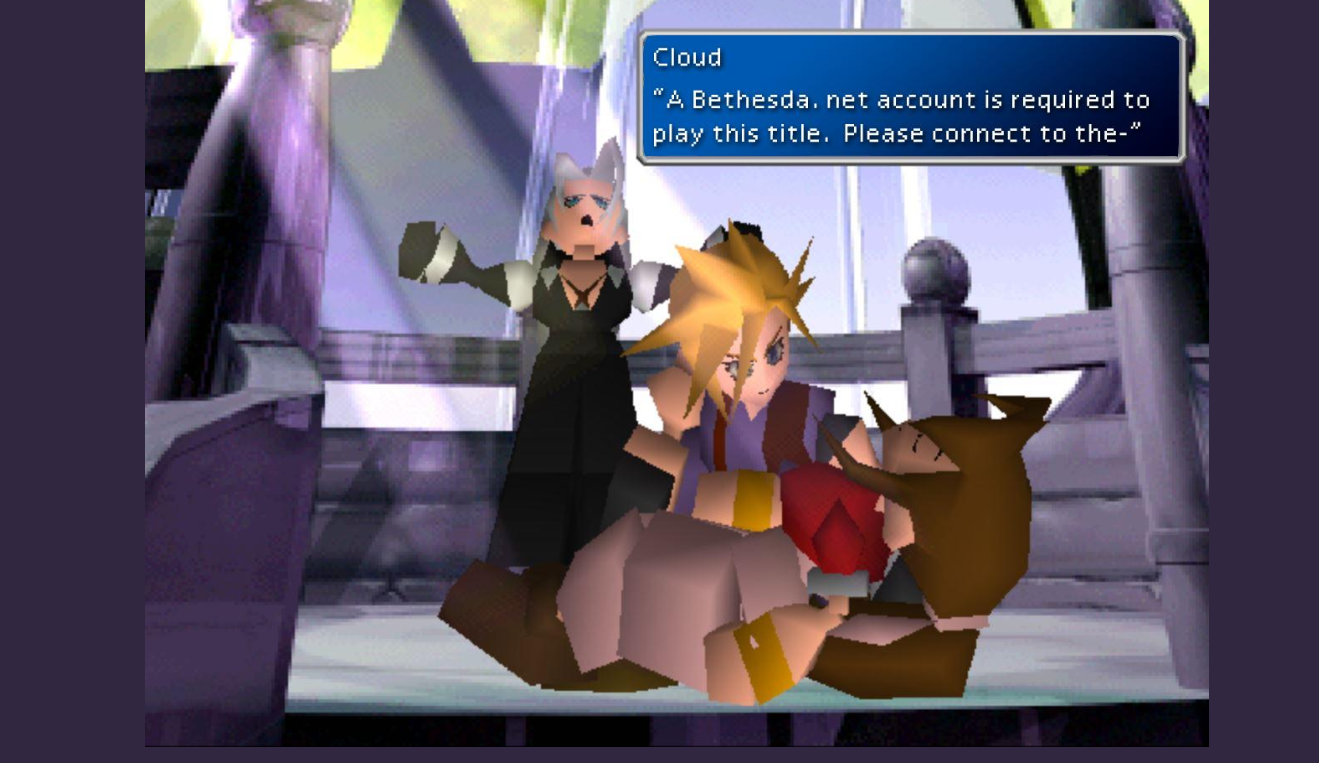 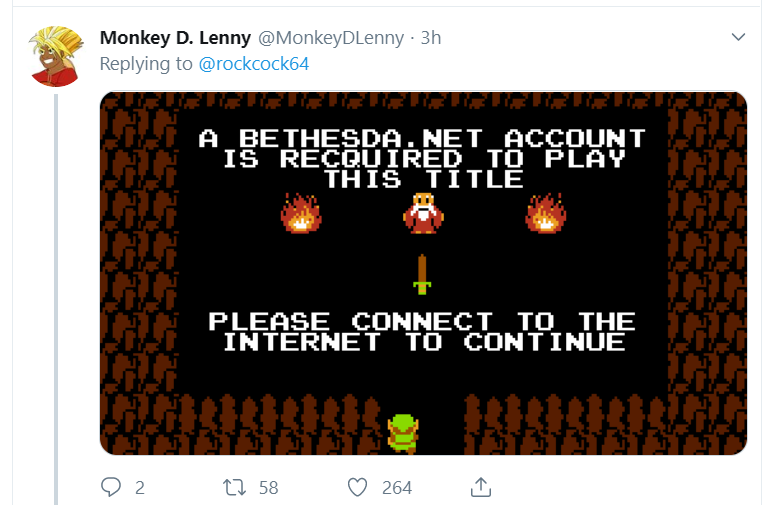 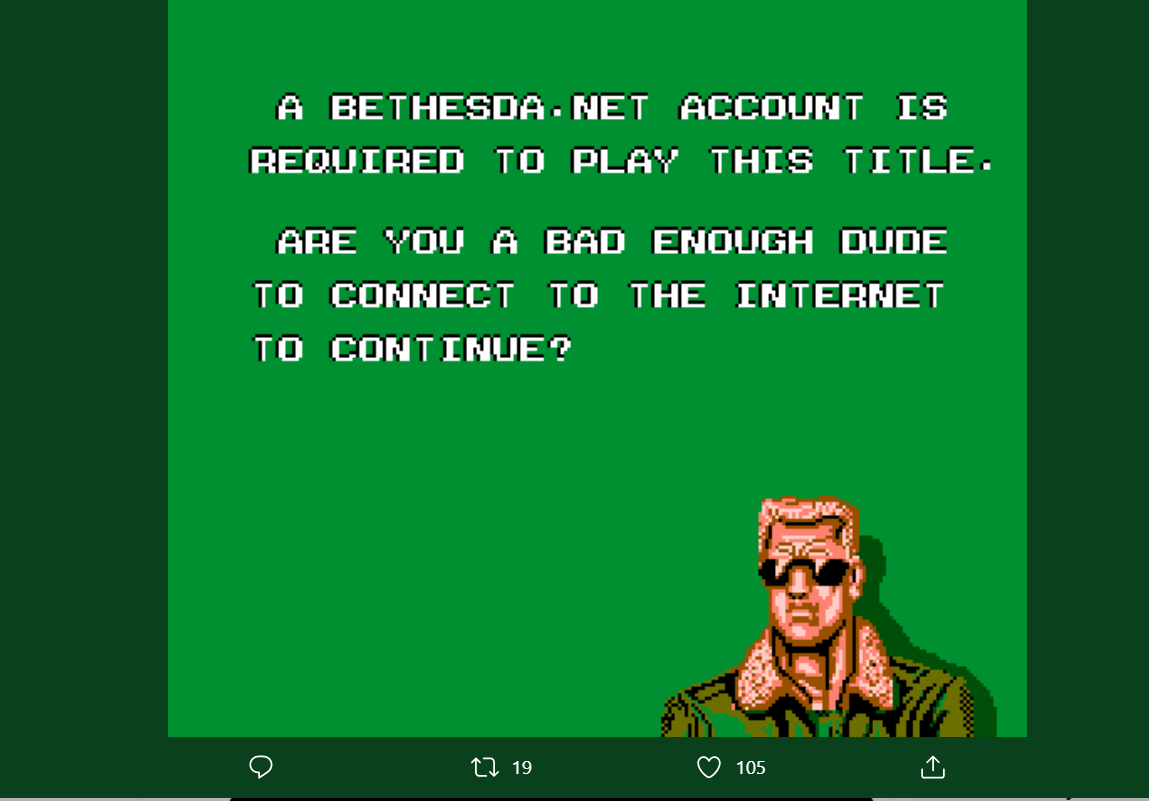 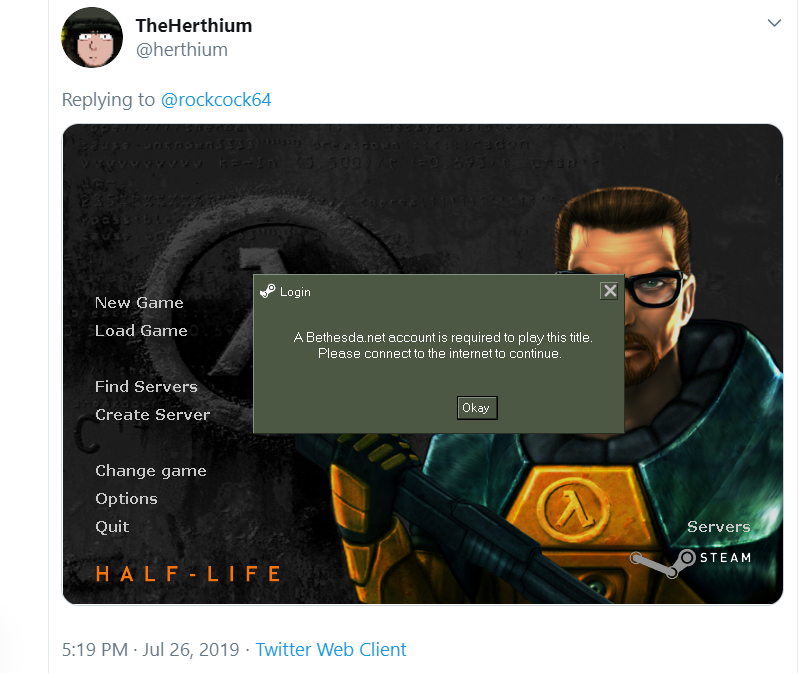 Bethesda did not respond to a request for comment about why the login requirements were added to the new versions of the decades old games.