In My Sims World Of Only Women, Marge Simpson Is Married To Taylor Swift

In the spirit of bringing down The Man, I have created the ultimate utopia in The Sims 4, the one thing that all of us SJWs secretly crave: A world with only women! No men! Can it be done? YES. 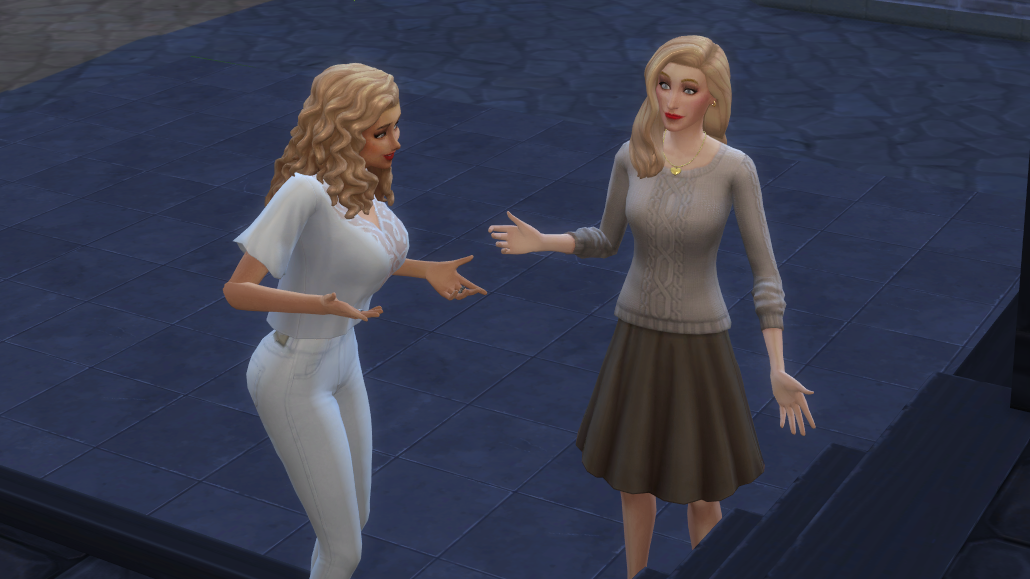 Master Controller mod, which is a must-have for anyone who wants to have ultimate control, I was able to make the Sims in my town female-only, and also able to impregnate each other. Additionally, none of their children would be male, nor would the bartenders, butlers, and bouncers of the world. Nothin’ but chicks as far as the eye can see.

My main Sim was named Anna Saint, as a play on a French word for pregnant, “enceinte”, because I can be highbrow and lowbrow at the same time. But, alongside Anna, I also added a bunch of Sims versions of real-life celebrities, and told the game to notify me every time they got married.

I came up with my own Woman World lore: This was a corner of the world in which women who were a bit tired of men would flock like a pilgrimage. And boy, were there a lot of candidates. 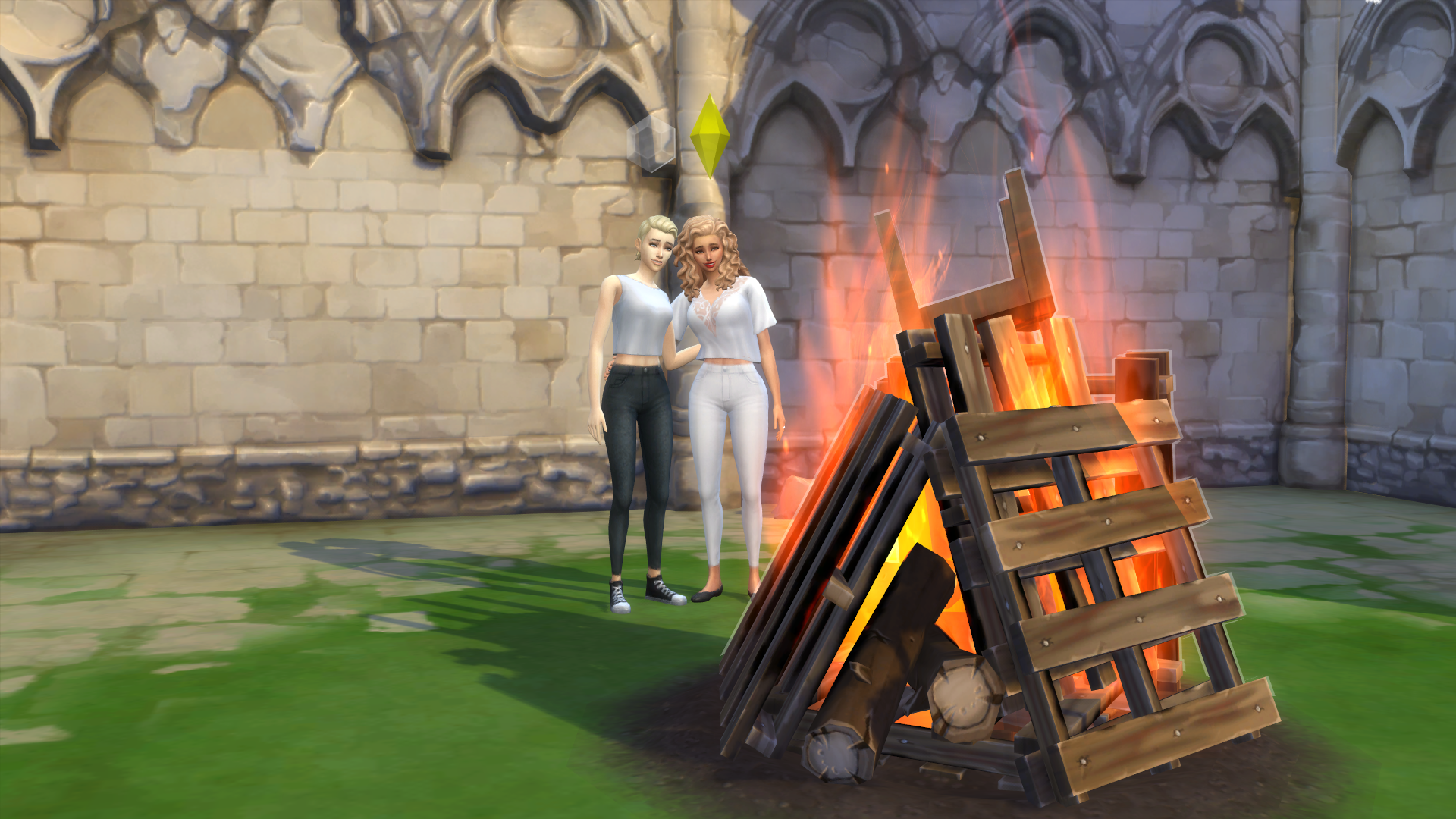 My only goal in life is to cuddle with Kristen Stewart by a fire.

I added Taylor Swift, Eowyn from Lord of the Rings, and two versions of Kristen Stewart, because this is my utopia, after all. The Disney Princesses, by virtue of sheer numbers, married half the population: Ariel ended up with Hatsune Miku, Sleeping Beauty married Cady Heron from Mean Girls, and Jasmine married Daenerys Targaryen. Poison Ivy, Catwoman, Harley Quinn, and Lois Lane were neighbours; I imagined them gossiping over the hedge about their tiring lives as sidekicks and romance options. Cersei Lannister lived with Regina George. I consider that last one a pretty genius pairing.

Then I realised: This was my utopia, but I was still doing things by fairly heteronormative standards. This world was one where anyone could safely wear yoga pants for comfort, and not be wolf-whistled. Where one could go to work without makeup on and not be asked if they were sick.

So, my character got a haircut, dyed her pixie cut blue, and did her makeup in a way that might be considered *gasp* unattractive. And then I turned polygamy on. Why not. 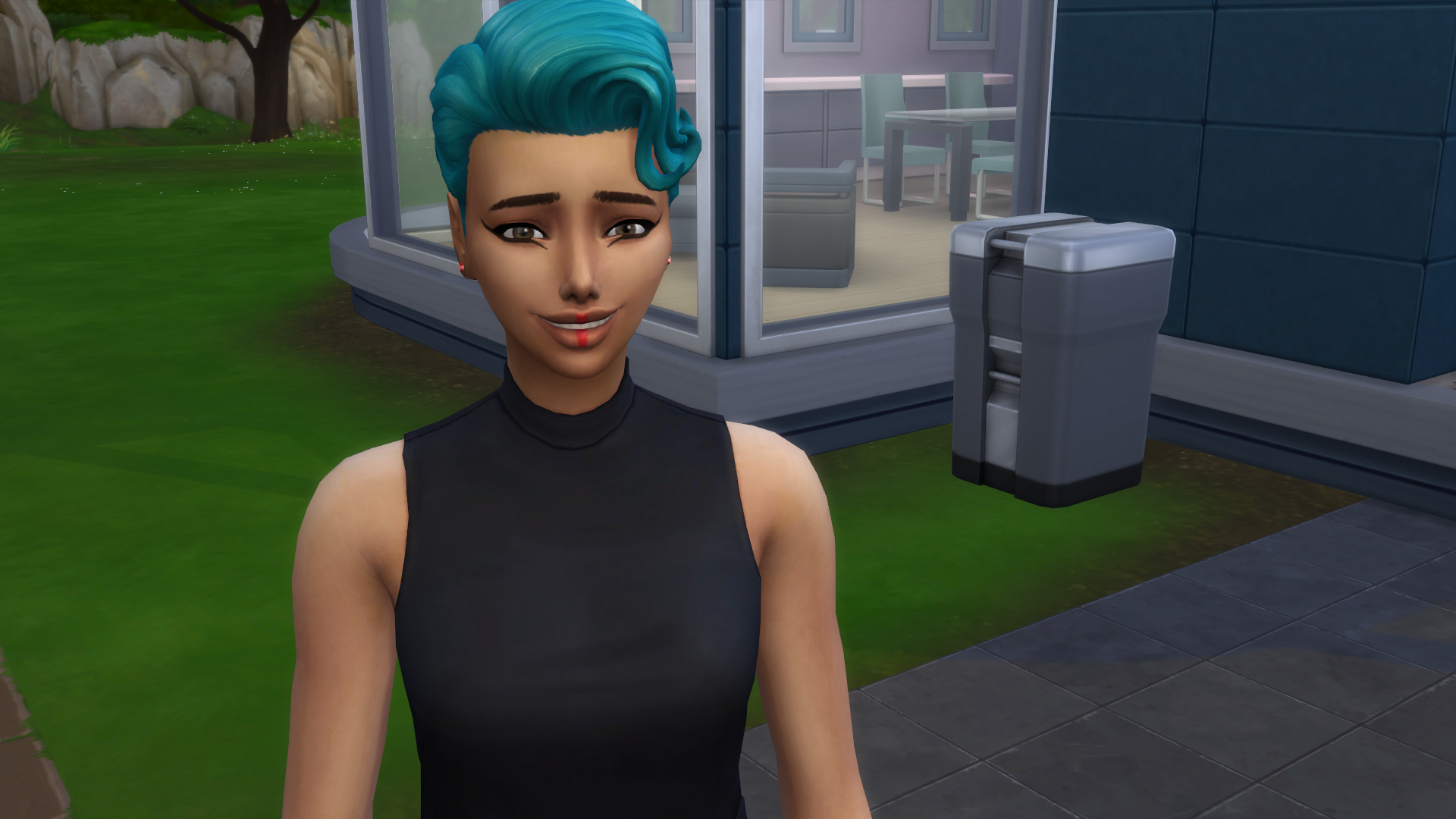 Oh no, blue hair!!!! SHE’S ONE OF THOSE WOMEN WHO DOESN’T CARE WHAT MEN THINK

My initial experiment was to see what a women-only paradise, Themiscyra mixed with Lesbos, would look like. (Speaking of which, in Woman World, Sappho is roommates with Ruth Bader Ginsburg.) But my experiment ended with me creating two clubs that I invited over to Anna Saint’s house interchangeably.

The first was “Girlfriends,” which included my favourite KStew, Daenerys, and Laura Palmer from Twin Peaks. The second club was “Wives,” which my Sim’s girlfriends could end up graduating to, if they wanted. 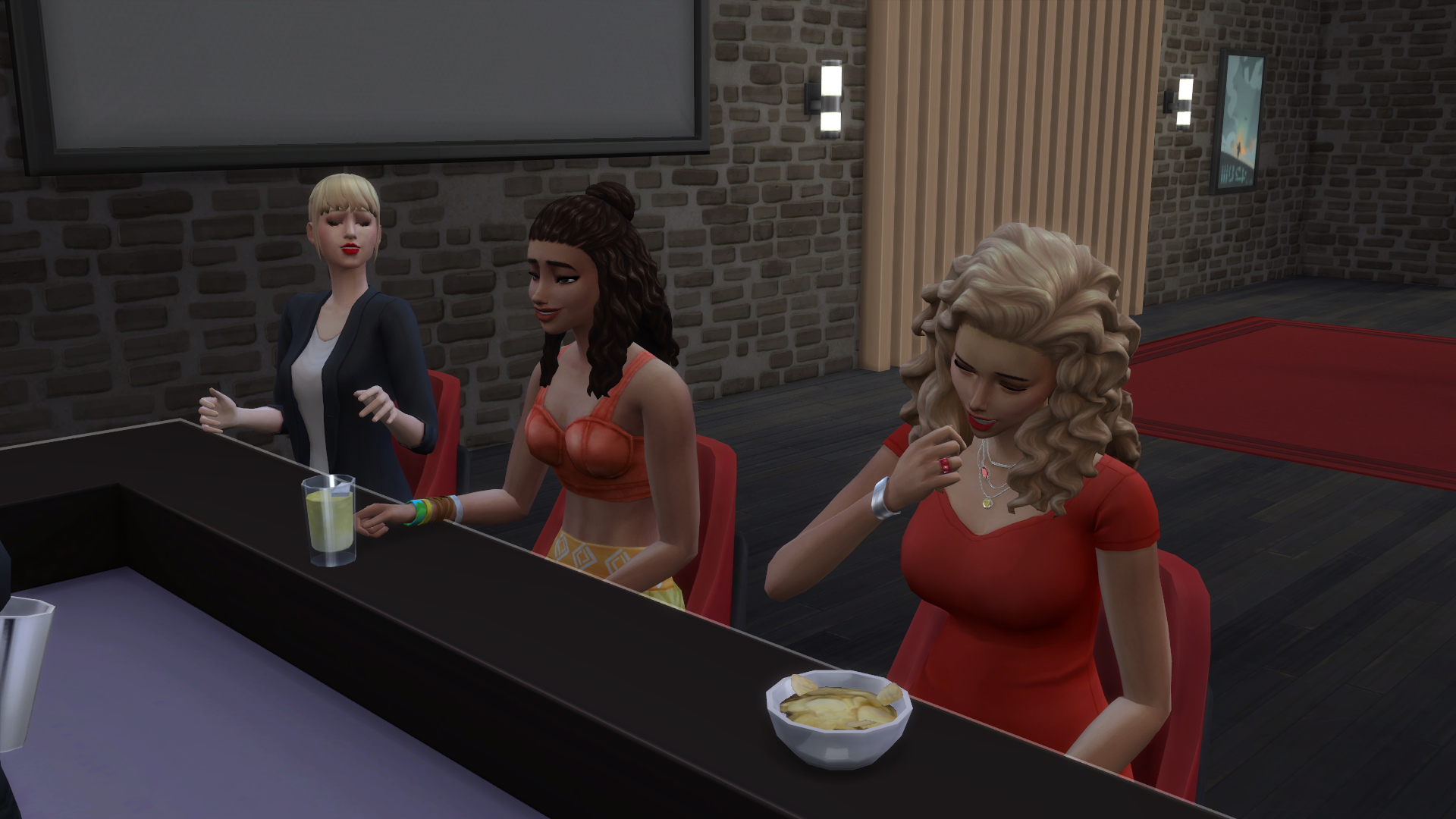 Taylor Swift, a significantly aged-up Moana from Disney, and my Sim. This is what utopia looks like, folks.

“Wives” was a beautiful group: me; my pregnant wife, Marge Simpson; Taylor Swift (Marge’s wife); and Anne of Cleves, King Henry VIII’s fourth wife, whom he divorced after declaring her to be far uglier than her portrait, a Tinder tragedy from 500 years ago.

I have a thing for the underdogs, so Anne was the first member of Wives Club. It’s step one of my six-step plan, the ultimate feminist move: deleting Henry VIII from the world and marrying all his wives.