What To Know Before Choosing A House In Fire Emblem: Three Houses

Fire Emblem: Three Houses released last week, and if you haven’t joined one of the game’s three houses, it’s time to make a choice. Want to know which group has the most mages? Which is the most chill? Which will give you the most heartbreaking narrative experience? We have you covered with this nifty guide.

In Fire Emblem: Three Houses, you play as a mercenary who signs on to teach at the Garreg Mach monastery, a sort of prep school and warrior’s academy for promising students. There are three houses of students to teach, Hogwarts-style, and you aren’t given a lot of time to really learn about them all before having to decide which you’ll lead as head professor.

It’s a big choice that decides which story you’ll see and (at least initially) what kinds of units you can deploy on the field. Here’s everything you should know before picking your students. 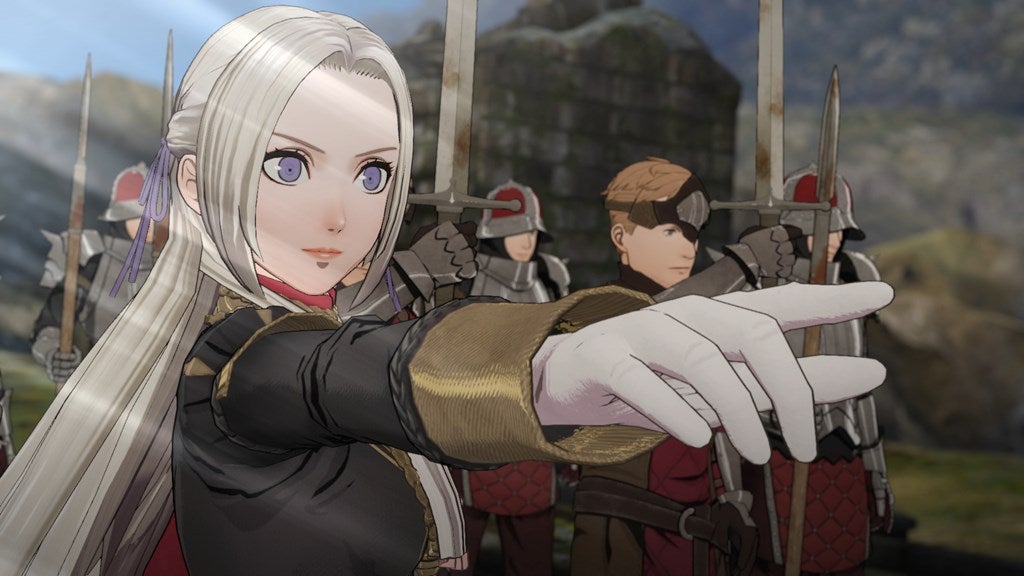 The Black Eagle House comprises mostly well-off nobles and a few commoners from the powerful Adrestian Empire, a nation led by a 1000-year-old dynasty. The Imperial heir Edelgard von Hresvelg is the unofficial “leader” of the house. Black Eagle has a reputation as a serious house that occasionally dabbles in shady dealings. This is a house of politicians, rulers, dark mages, and intellectuals.

The Story: If you’re looking for a narratively dense experience with some potentially heartbreaking choices, Black Eagle House is the way to go. Without giving anything away, players should be aware that selecting this house actually gives access to two drastically different story paths that involve a lot of twists and turns.

There’s more than meets the eye here, and Black Eagle’s story routes add a very personal touch to the game’s narrative. This is some Suikoden-level stuff, and I’d actually suggest that even if you don’t play Black Eagle to start with, you consider it on a second playthrough.

On the battlefield: Black Eagle House starts with a higher number of magicians and hard-hitting axe users. This means you’ll enjoy the benefits of high damage early on, but you’ll also have some squishy characters that are harder to keep alive. Black Eagle House doesn’t have many archers to start with or a diversity of melee units, although the ones they do have are reliable.

You’ll start with some neat tools, but learning to use them well is going to take time. Black Eagle is strong, but the early game will be a tad rocky.

Your House Mascot: Edelgard might be one of the most valuable units in the game, with remarkable growth stats that make Fire Emblem: The Blazing Blade’s beefy general Hector blush. She’s also a bit arrogant and hides some seriously dark skeletons in her closet. Seeing her perspective on the story’s events is a large reason that I say folks should check out the Black Eagles.

Summary: Black Eagle won’t win any points in the charm department, although the cast of students is likeable enough. What it does offer is a really deep narrative and a selection of units that create a difficult but rewarding early game.

Difficulty: Intermediate. A lack of heavy hitters and higher number of squishies means Black Eagle can be a bit trickier for newcomers at first. 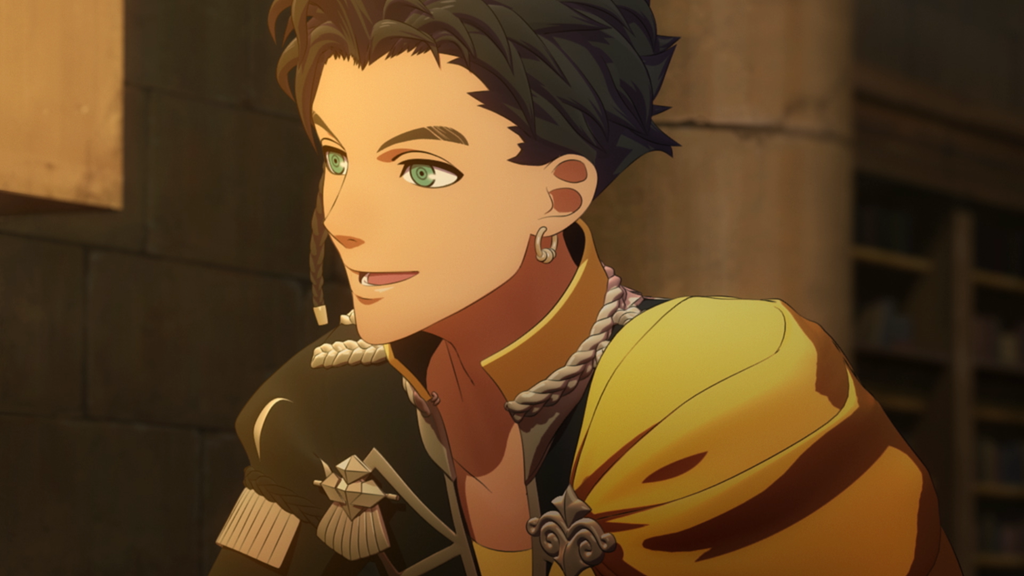 Golden Deer is a friendly house full of students hailing from the Leicester Alliance. The Alliance doesn’t have a true king or single lord ruling over it. Instead, it’s a loose coalition led by five noble lords.

Golden Deer is a bit more laid back than other houses, accepting more commoners and praising ingenuity and wit above might. It’s a house of sociability, tactical thinkers, hunters, merchants, and hard workers. There’s less focus on magical arts and more focus on practicality. Golden Deer are underdogs but some of the nicest people you’ll meet.

The Story: Golden Deer’s story is a mixture of struggling to survive and pushing to reform the nation of Fódlan. Playing as Golden Deer gives a more grounded read on the game’s political affairs, since your students and cast come from all walks of life. It’s a good way to watch major actors with a less biased eye and see the political landscape’s effect on everyday people.

On the battlefield: Golden Deer has a large number of indirect units like archers and mages that offer advantages to players willing to set up ambushes. You won’t always land the big critical attacks or smash through battalions. Instead, early play will involve poking at enemy units and then deciding who among your team lands the killing blow for extra experience.

This is a safe and approachable choice, but it may not allow as aggressive an approach to battle as some players might want. Good news is that you also have a few students like Lorenz and Leonie who can quickly become mounted chevaliers, so the pace picks up quickly.

Your House Mascot: Claude von Riegan is a very strong ranged unit, but that’s not why you should care about him. He’s just a nice guy—crafty, thoughtful, and mindful of the hardships of common folks. Part of the joy of playing Golden Deer is having such a charismatic ally. So yeah, he can snipe people from far away, but it really is all about the personality with this good lad.

Summary: Golden Deer’s experience is a bit lighter in tone thanks to a cast of energetic students, but there’s also a great chance to really dive into Fódlan’s history and politics. It’s not as dramatic as other routes, but it hits most of the same notes. A good house for players looking to keep things chill with a somewhat safer time on the battlefield.

Difficulty: Easy, if a bit more technical and position-focused. 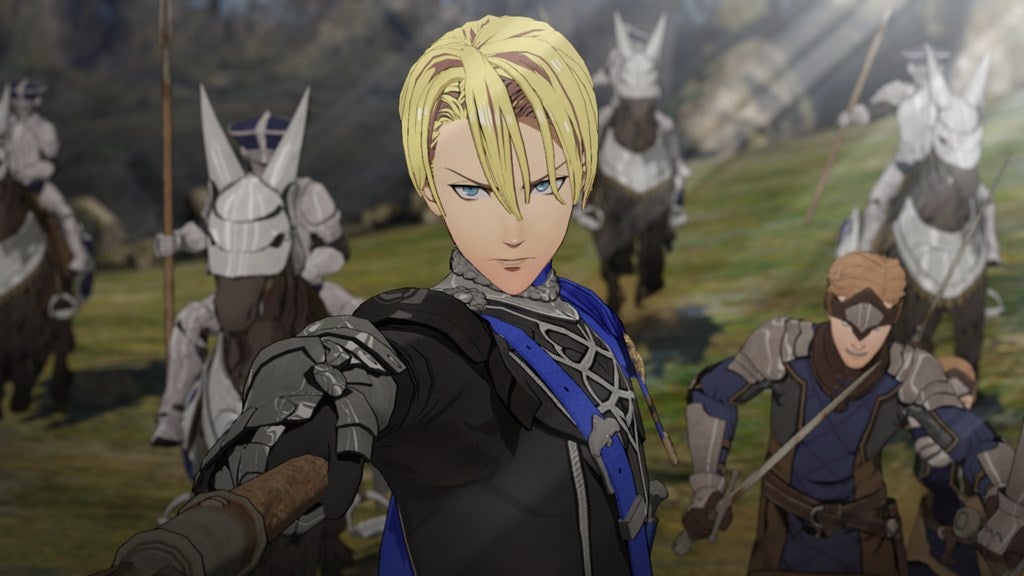 Blue Lion House is basically where all the knights, stalwart folk, and martial badasses are. Most of the students are from the Holy Kingdom of Faerghus, an old-school nation of knights and sorcerers. It’s the “lawful” house, full of nobles and adjutants who are a little stuffy at first but warm up once you get to know them.

The Story: In a lot of ways, Blue Lion’s story feels the most traditionally Fire Emblem. A house of heroic fighters and knights join together to reject scheming factions and would-be friends in favour of valiantly defending the status quo. Justice comes through deeds more than reform, and anyone eager for a more traditional story will get exactly what they want, although a midgame twist will shake things up.

On the battlefield: Blue Lion’s a well-balanced house that beginners will enjoy. While they focus on lances and swords, you’ll have a little bit of everything and should be able to handle whatever comes your way. There’s a bit less personality here, but who needs personality when you are really, really good at stabbing things?

Your House Mascot: Prince Dimitri Alexandre Blaiddyd starts off as a goody-goody who fits the honorable-knight mould a bit too perfectly. What makes him interesting is how much he struggles and changes as the story progresses. Edelgard has her secrets, and Claude is damn nice; Dimitri is intense. That intensity can be compelling, both when he’s being heroic and when he gives into his inner demons. He has one hell of a glow up , going from clean-cut blando to rough-and-tumble edgelord. It’s great.

Dimitri’s also a really good unit in his own right, though his stat growth doesn’t make him quite as beastly as Edelgard. Still, he should be able to charge into the fray and dice up most enemies with ease. Incredibly reliable right from the start.

Summary: Blue Lion’s gameplay starts slow, as the house’s characters are a bit clean cut. Give them time and allow circumstances to create a little bit of tragedy, and suddenly, they get a lot more dynamic. Narratively, things are straightforward, but there’s an appeal to playing as the (mostly) good guys. If you’re new to Fire Emblem, Blue Lion is a fair choice for story and starting units—even if a lot of the students are totally the sort to rat you out for breaking the rules.

Difficulty: Definitely the easiest house to start with. 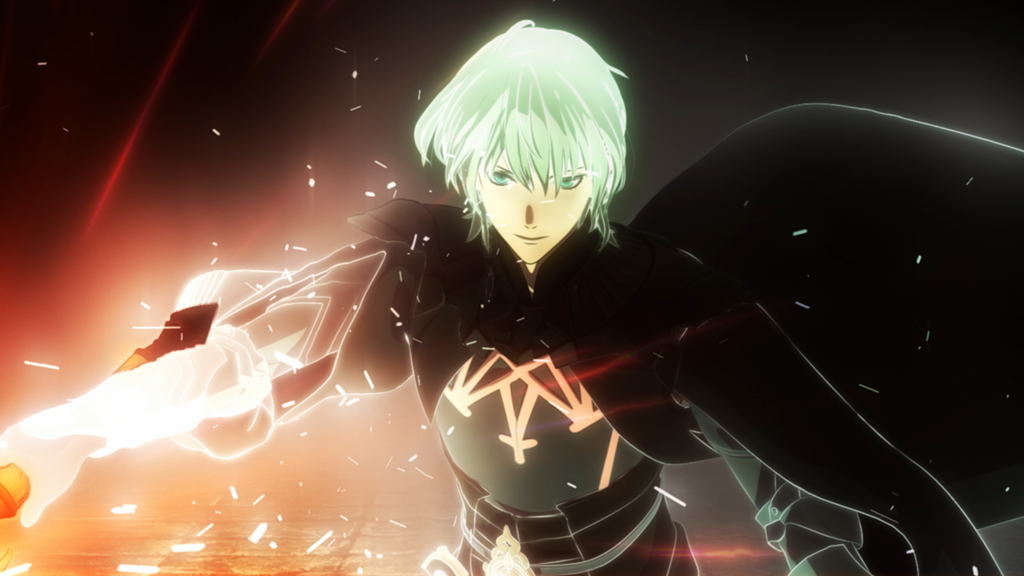 If you still have doubts about which house is right for you, just trust your gut and go for whoever you find interesting. Three Houses is a flexible game. With some planning, you can turn characters into just about any class you want. Three Houses is a game built around replays and rewatches.

Choose, enjoy, and then play again — or maybe watch your favourite streamer follow a different path. Each house has something to offer, and while it’s an important decision, you also shouldn’t overthink it.