Age Of Wonders: Planetfall Is For Civ Players In A Hurry

For the last week or so I’ve been playing Age of Wonders: Planetfall, the latest game in the long-running 4X series. It is, somehow, the first one of these games I’ve ever played.

I don’t how or why that is — it mixes Civilisation’s 4X with XCOM’s tactical battles, and those are very much my things — but it is what it is, and so unlike most other impressions of the game you’ll read this week, this one’s coming from someone who has recently played a lot of games like Planetfall, but none of its predecessors.

Planetfall is actually a little different from other Age of Wonders games, in that it’s a sci-fi spinoff of a traditionally fantasy series, but the gist of the experience is the same. You build cities, you explore a big map, you research stuff and you send armies off into the wilds to fight stuff.

What sets Age of Wonders apart from similar games though are two things. The first is the way combat is resolved. Rather than just stacking all involved units together and letting the numbers crunch their way to a result, Planetfall lets you take control, deploying your army on a small but serious tactical battlefield, with features like cover, overwatch and loads of different types of attacks.

It’s a lot like XCOM only on a smaller scale, as you control less units, have less tactical options at your disposal, levels are much smaller and battles tend to wrap up pretty quickly (which is for the best, since you don’t want every single encounter in a big strategy game to drag on). One cool consequence of this though is that you can really go to town upgrading your heroes and units with gear, then see it translate directly to results on the battlefield.

That theme of “smaller, faster” leads me to the second major point of difference with Age of Wonders (or at least this instalment), and that’s its speed overall. While you can of course adjust some settings pre-game, for the most part Planetfall is played at a relatively breakneck pace, as everything from unit movement to the speed at which your cities grows is definitely not fucking around. 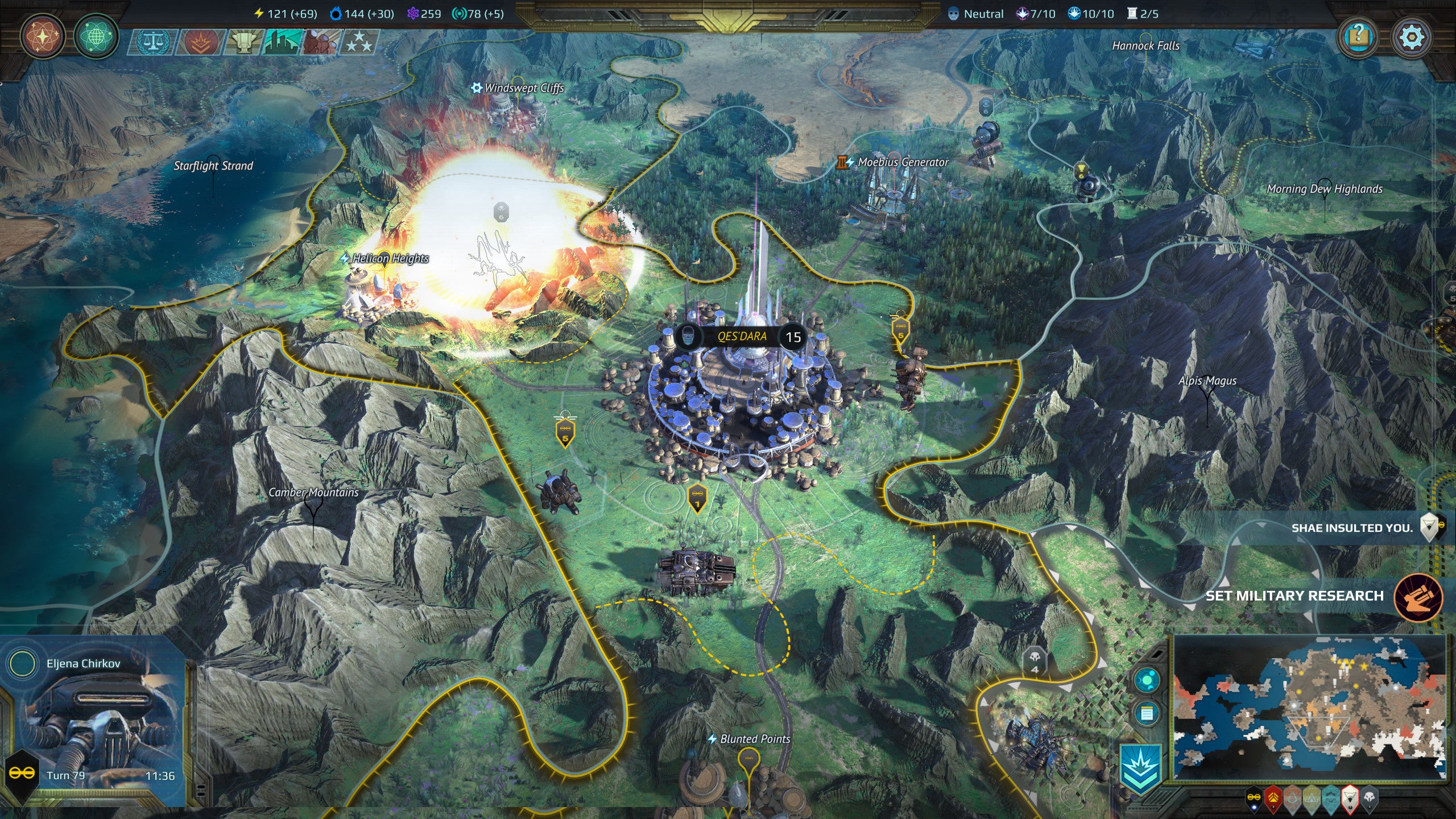 Instead of waiting for your territory to expand slowly, in Planetfall you can just head out into a neighbouring region and stake a claim on the whole thing.

While you can just fire up a planet and play a regular game of 4X strategy, Planetfall also has a bunch of campaign missions with stories that flesh out the events of its world. I didn’t really dig any of them, though, as the structure of the game doesn’t exactly lend itself to interesting and worthwhile diversions.

The option of having them is nice however, especially since they flesh out the character and personality of each faction, some of whom are amazing. The Amazons, bio-engineering warriors who ride laser-shooting dinosaurs into battle, are a particular highlight, but most others outside the vanilla humans are fairly interesting and unique as well. 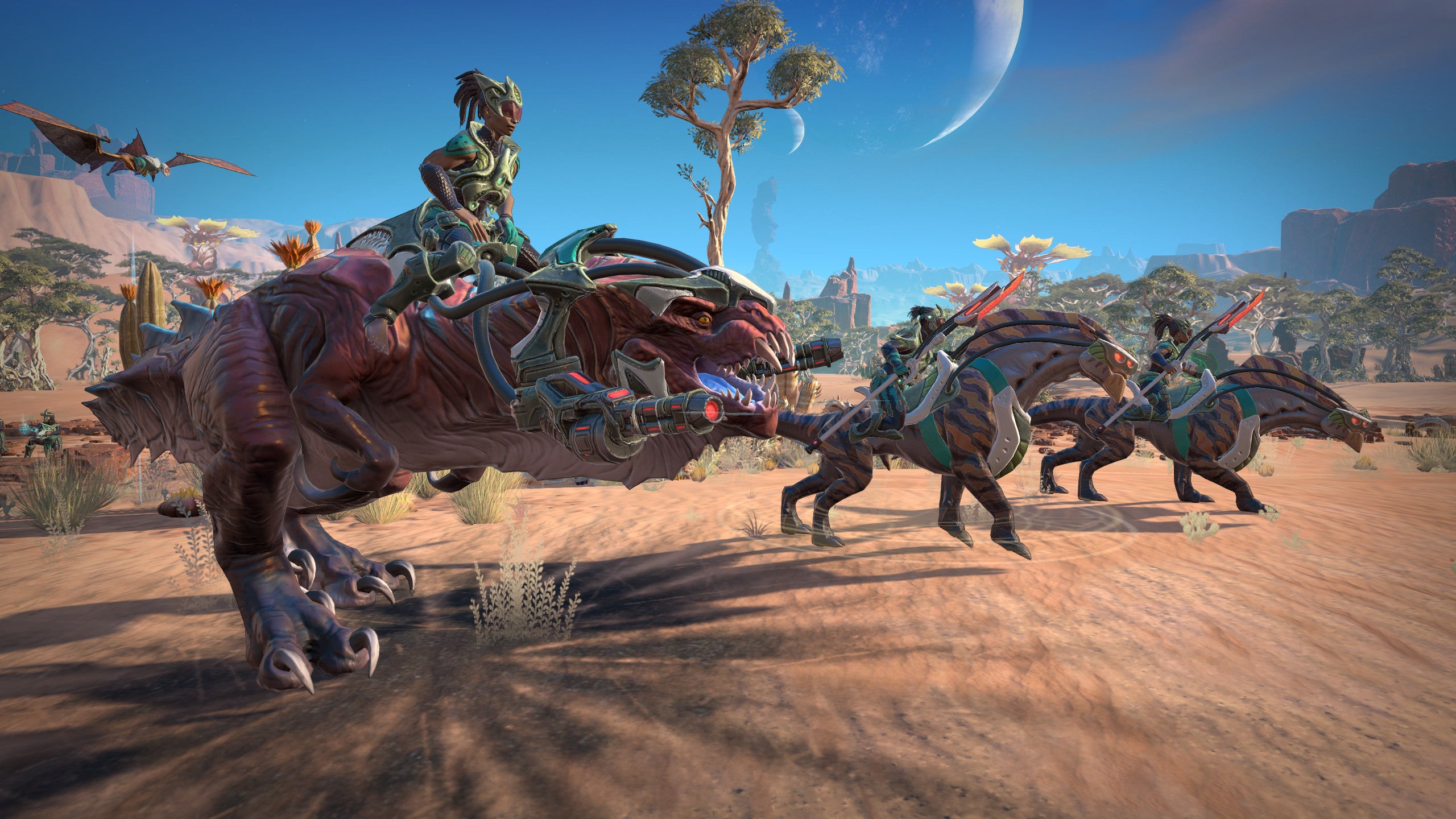