Aladdin And The Lion King Are Getting Remastered

Remasters for Disney’s The Lion King and Aladdin platformers were announced a Gamestop buyers-only conference overnight, with the 16-bit classics coming to the Switch, PS4 and Xbox One.

The announcement at Gamestop Con, confirmed by Gematsu, suggests The Lion King and Aladdin remasters are coming way sooner than expected. The leak shows the titles will allegedly be released in Australia’s spring, with both games allegedly featuring the original and 1080p resolutions, along with the original Sega Mega Drive soundtracks. Update 29/08: Overnight, an official trailer launched showing the game in the flesh. It’ll be a $US29.99 bundle, featuring rewind features, cheat codes and customisable controls.

Confusingly, two games with the Disney’s Aladdin title were released within the same month in 1993. The first was developed by Virgin Games for the Sega Mega Drive and later ported to NES, Game Boy Color and DOS computers. Capcom developed the other title for SNES, which was later ported to GameBoy Advance. The most notable visual difference between the two is in Virgin’s, Aladdin has a sword. In Capcom’s, he does not.

The Genie Level In Aladdin Is Unadulterated Disney Magic

Shinji Mikami, lead designer on Capcom’s Aladdin, told Polygon in an interview in 2014 he thinks the Genesis version is the superior of the two.

“If I didn’t actually make [the SNES game], I would probably buy the Genesis one,” Mikami said. “Animation-wise, I think the Genesis version’s better. The Genesis [Mega Drive] version had a sword, actually. I wanted to have a sword.” Disney’s The Lion King, released two years later in 1994 by Virgin, was praised for its beautiful graphics but was crticised for its tough gameplay, especially given its target audience was quite young.

Both games were released on GOG.com in 2016 along with The Jungle Book but have since been pulled. Steam also released the titles in 2017 but Steam.db shows they were pulled in June this year. It’s assumed this was to make way for the fresh remasters. 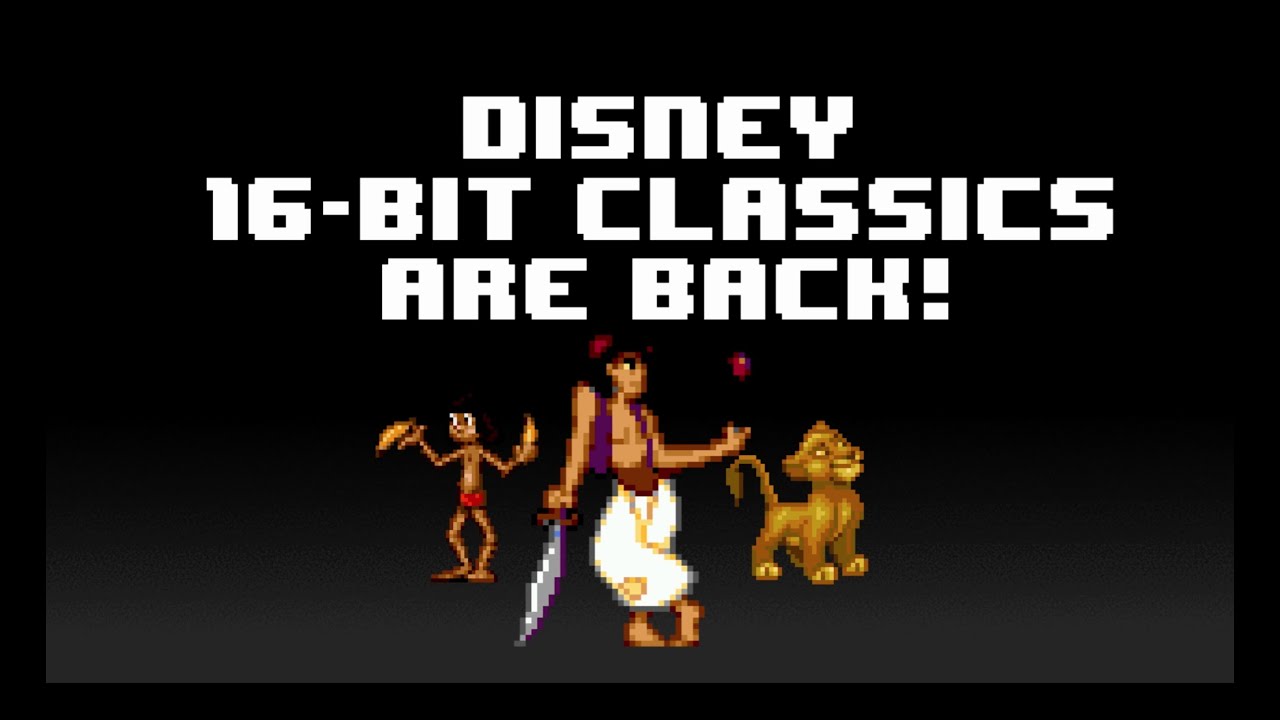 GOG Adds Classic Disney Platformers Aladdin, The Jungle Book And The Lion King To Its Catalogue

GOG doesn't dig up quite as many retro games as it used to, but when it does, they're always worth it. The site's latest haul is three of Disney's old-school platformers -- The Lion King, Aladdin and The Jungle Book.