Hal Jordan’s resolute faith in his innate sense of justice is a large part of what’s always made him one of DC Comics’ most formidable Green Lanterns, but this fall the legendary space cop is going dark in an all-new series from writer Grant Morrison and artist Xermanico.

The mystery of Green Lantern: Blackstars actually begins with the upcoming finale of Morrison and artist Liam Sharp’s current Green Lantern arc due this October that will somehow lead to every Green Lantern in the galaxy seemingly being erased from history.

In a press release, Morrison explained how even though the Green Lanterns are gone, Hal Jordan will rise as a member of the titular Blackstars, a new, very Lantern-like cult of law enforcers:

Oa is the skeleton-paved haunt of vengeful demons. And the Blackstars — a sinister cult of universal peace and harmony, involving surrender to the will of the insidious and/or possibly illuminated Controller Mu — are in the process of subjugating the universe to their creed.

Jordan’s one of the Blackstars’ primary operatives. He’s central, although the Cosmic Vampire Countess Belzebeth vies with him for control of the narrative in Blackstars. Hal Jordan is the kind of man who will excel in any situation, so naturally he’s an elite Blackstar in this altered-continuity. 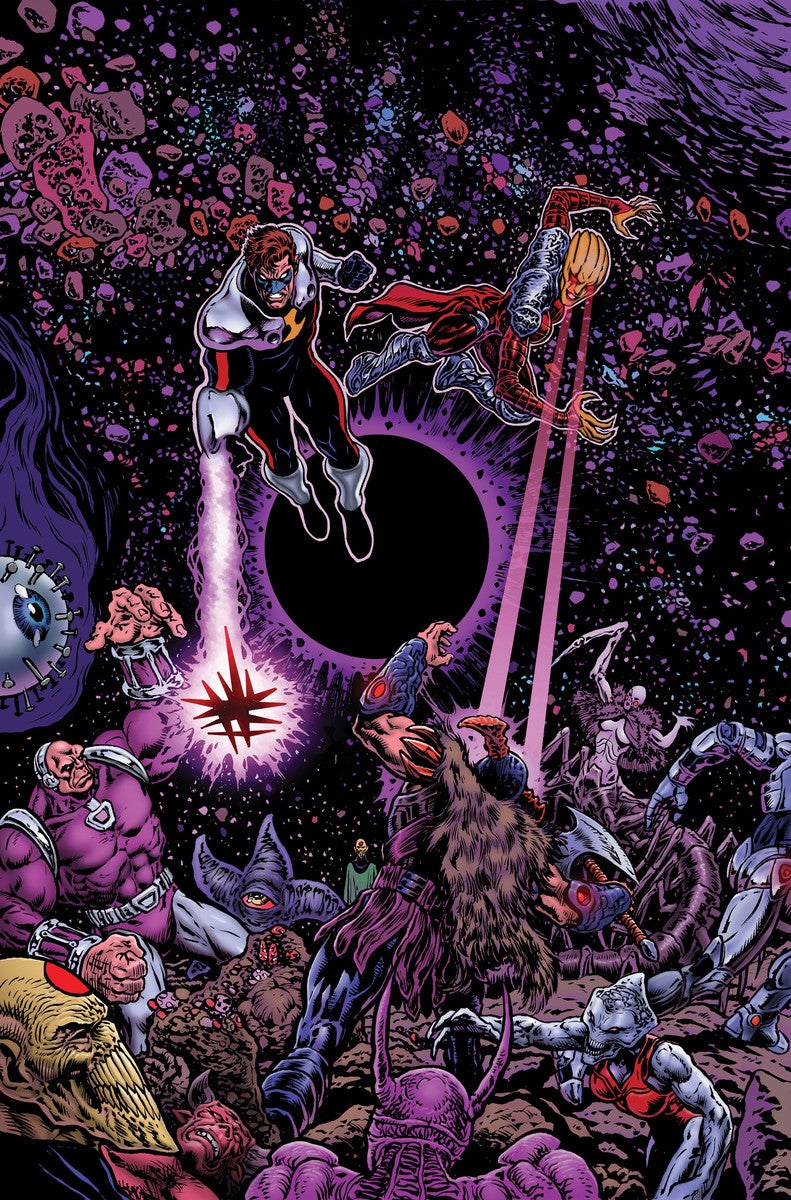 While this isn’t the first time that Hal’s turned to the dark side of things, the concept of a cult of fascist cops in space is interesting on its face because there’s a chance Blackstars could end up exploring some very real-world ideas about how fascists make their way into actual law enforcement.