I Love You, She-Ra, But Please Slow Down

she ra princess of powershe-rastreamingxpost

She-Ra and the Princesses of Power just came back for its third season last week, and it was great — in fact, I can’t wait to see more, which is quite ironic considering what I’m about to ask of the show. It was a condensed season that came just three months after its second and all signs point to that not changing going forward. But I’d really love it if it did, and Adora and her friends slowed down.

It’s not the first time Dreamworks has done this with an animated series I’ve very much enjoyed: Voltron: Legendary Defender went from putting out longer seasons as it built out its world and premise more infrequently, to the frankly bonkers fact that half of its eight-season run aired in the space of a single year as it ran headlong into its dramatic endgame. As much as I liked it overall, the series suffered for the rapid change in pace, with not just pacing issues across the chunks of episodes, but no time to decompress and really appreciate the way the show’s character arcs were progressing before everything ramped up all over again.

I realise, of course, that this is in part the very specific-to-me awkwardness of watching TV (and consuming media in general) for work, a position of privilege that not a lot of people share. Making time for shows I want to watch not just for work, but because I am invested in them as a fan, is hard when I constantly have to keep up with the latest titles for potential coverage. She-Ra pulling a Voltron on me and just pumping out smaller, but quicker seasons makes keeping up way harder, simply because I end up having to make time for it more often. 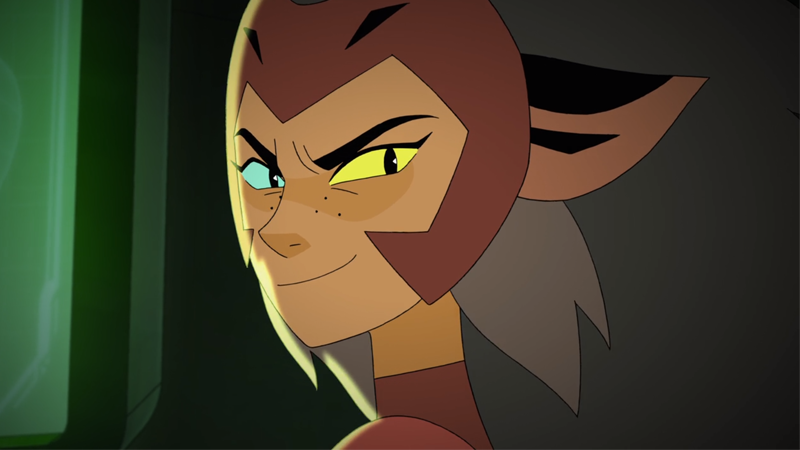 Catra, up to no good as per mews-ual. (Image: Netflix)

The divide of what could’ve been a single season of TV has also already created a similar issue that Voltron suffered from — while She-Ra’s sophomore season was still mostly great, it came with some growing pains.

The story didn’t feel like a complete arc, and something was missing which would have elevated the character work into a story that felt like it was building toward something. It turns out, what was missing were the remaining six episodes of what became season three. Those episodes pay off all that character introspection from the slower season two with a wild, fast-paced, and game-changing set of circumstance changes for She-Ra, Catra, and all their friends (and frenemies).

To kind of keep a Voltron theme going: Combined, they make a singular, cohesive whole that’s greater than the sum of its parts, something that marries character work and world-building into a complete, cohesive story arc.

Apart, they’re still pretty great, but without the other aspects to bounce off and even out the feast-and-famine of big twists, world-building infodumps, and juicy character drama, they still feel like something’s missing. And when even She-Ra’s showrunner, Noelle Stevenson, is telling fans through interviews the best way to actually enjoy the most recent seasons is to have waited for them to both be out and watch them together, that feels like kind of a problem! 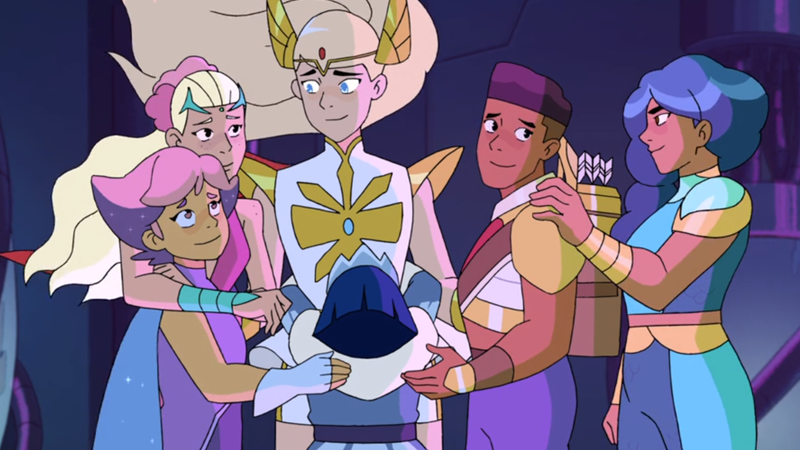 But what I love about the series the most, and what I loved the most about its first season, was simply actually watching the various sets of characters get to know each other and build a charming set of relationships.

Whether it was the BFF squad of Adora, Bow, and Glimmer, that trio’s wider relationship with the other heroes of the Princess Alliance, Adora and Catra’s obsessive friends-turned-archnemeses back and forth, or the utter delight that is Scorpia perpetually trying to make a friendship with someone abrasive as Catra happen, She-Ra succeeds by having a great heart built upon these characters.

All the wild story reveals and high drama, all the juicy world-building in the, err, world, can’t make up for that. Without the space to have more episodic interludes — they don’t necessarily advance Princesses of Powers’ wider story, but let these characters exist and have fun with each other — that could come with a rush towards a dramatic conclusion these short, sharp, and snappy releases could create, I fear that in chasing a grand set of stakes She-Ra could lose a little of what made it so adora-ble (sorry not sorry) in the first place.

It feels weird to ask a thing you like a lot to make itself a more infrequent part of your life. But if it meant getting to keep Adora, Bow, Glimmer, and the rest of Etheria’s host of characters around for a larger part of it, and get to spend time with them at a slower pace before we get to the big explosions of its wider story, I’d happily wait. What’s the point of going on a journey if you don’t stop and smell the roses, to take a moment to appreciate how far you’ve come and what’s left to go, in the first place?