If one dose of Cyberpunk 2077 isn't enough, then how about card game to go with it?

The publishers behind Bloodborne: The Card Game, the board game adaptations of Kick-Ass and Narcos, and the very excellent Rising Sun, are working with CD Projekt Red on a standalone tie-in card game for Cyberpunk 2077.

Titled Cyberpunk 2077 - Afterlife: The Card Game, the game has you playing as one of the Fixers of Night City. "our job is to recruit cyberpunks, equip them with gear, and send them out on missions. Each successful mission raises your Street Cred, with mission survivors becoming Veterans, imparting their knowledge and experience to newer recruits," the official announcement post says.

The game revolves around a cycling and drafting mechanic, which reads like players have to scrap cards from their hand to afford new ones from the board. "Using an innovative drafting mechanic and special dashboard, you must decide which cards you want to buy, and which to sacrifice for funds in order to purchase new ones," the post says.

Cyberpunk 2077 Afterlife is due for release sometime in 2020. Fingers crossed it's not within the same week as Cyberpunk 2077 itself.

Cyberpunk 2077 isn't even out yet, but it's been in the works for so long that people are already remastering the game's original trailer. 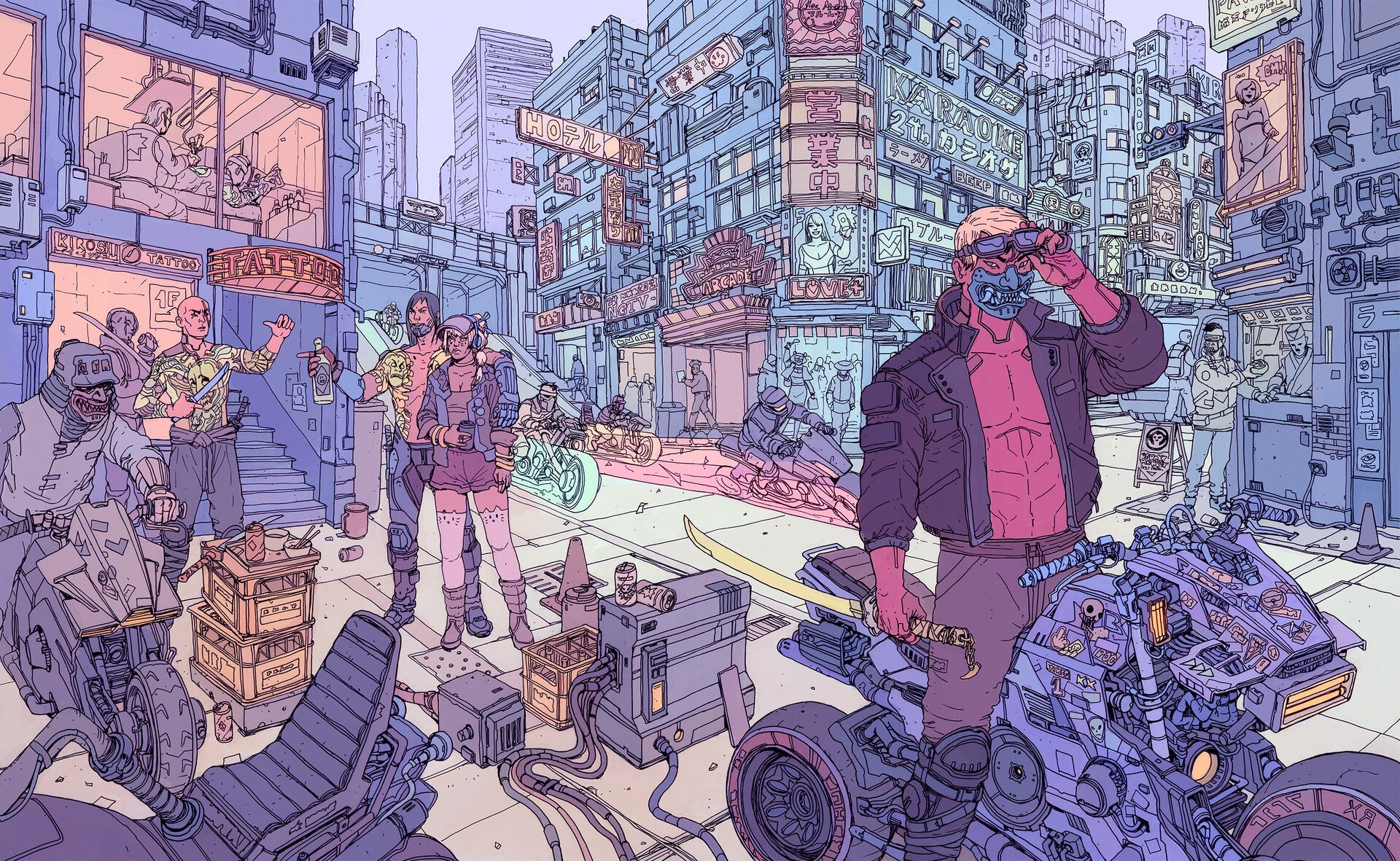 Comic artist Josan Gonzalez, whose The Future is Now we featured last year, has a new entry in the series up on Kickstarter. He’s also done some work recently for CD Projekt Red, illustrating the steelbook cover art for Cyberpunk 2077's collector’s editions.

Cyberpunk 2077 Will Get Witcher 3-Sized Expansions

There's still so much about Cyberpunk 2077 that's in the dark. But there's one solid bit of news for the game's post-launch future, with CD Projekt Red planning to release expansions for their cyberpunk FPS-RPG of similar size and scope to what The Witcher 3 received.