Unlike The Movie, The Blair Witch Game Doesn’t Seem So Scary

If you’re familiar with its source material, Blair Witch, the upcoming game for PC and Xbox, has a lot to live up to. It’s impossible to understate the influence of 1999’s The Blair Witch Project, a found footage film that blurred the line between fact and fiction and emphasised a slow-burn dread over outright scares. Few horror works are as distinct, and Blair Witch, the forthcoming game, is an attempt to create a video game rendition of that film’s slowly encroaching horror. After playing a short demo of it a few weeks ago, I’m not sure it will succeed.

In the early 1990s, filmmakers Daniel Myrick and Eduardo Sánchez made a horror film disguised as a documentary. It was about a group of young people who went deep into the woods of Maryland to find a witch who supposedly haunted the region, only they never made it back. The filmmakers marketed the fictional movie as a real documentary, even suggesting the stars — unknowns who played characters they shared real names with — were actually missing.

In 1999 The Blair Witch Project was released to phenomenal success, fuelled in part by speculation: though Myrick and Sánchez were frank about the true nature of their film in interviews at the time, audiences still thought the movie’s events might have been real. The success of The Blair Witch Project essentially invented a genre of film and changed horror in ways that are felt today in various media, including video games.

Twenty years later, recorded footage, slow-burn horror, and the notion of being stalked by an unkillable madness-inducing entity are all part of the horror game bag of tricks, popularised, ironically, by streaming. With games like Five Nights at Freddy’s, Amnesia: The Dark Descent, and Outlast influencing a whole new generation of horror, it’s the perfect time for a Blair Witch video game in the modern horror mould. 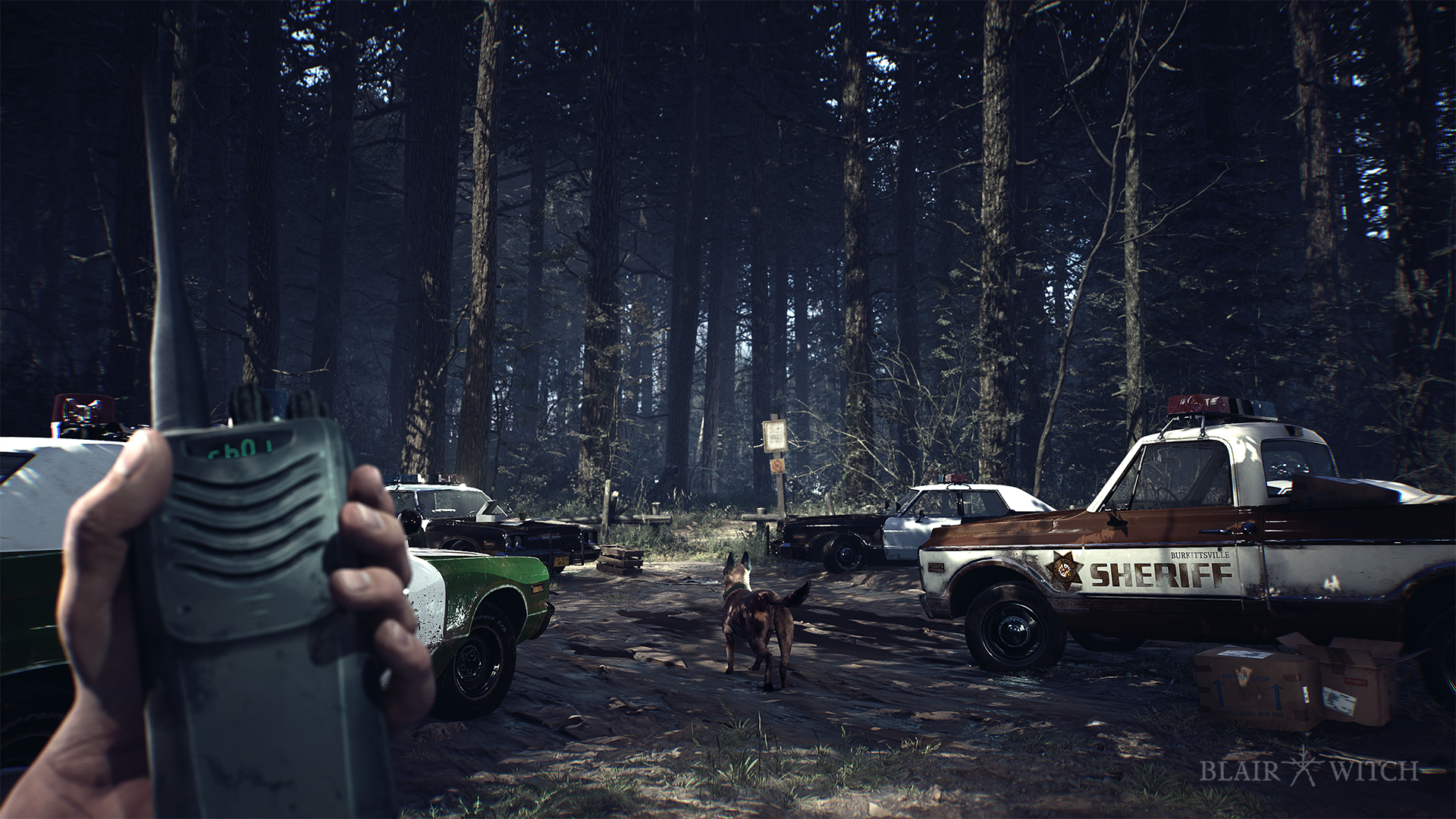 In this Blair Witch, developed by Bloober Team, the Polish studio behind Layers of Fear and Observer, you play as Ellis, a former cop who joins the search for a boy named Peter Shannon who has gone missing in the woods of Maryland circa 1996. You’re alone, with the exception of your dog (which you can pet), occasional radio calls from others, and whatever might be lurking in the woods.

My demo session with Blair Witch wasn’t conducive to the extended descent into the forests and my own paranoia the game seems designed for. I played a series of five vignettes from various parts of the game, each about 5 to 10 minutes long. In these vignettes, I began my trek through the woods, was chased by an entity I could not see, got lost in a tunnel, fended off monsters with my flashlight, and finally approached the home where the eponymous witch lures their prey.

It was a varied taste of what Blair Witch has to offer, but it was at odds with the kind of experience players will likely have in the final game, which I was told is one continuous experience not broken up into levels or sections. So while I got to see a lot of the game, nothing really had an effect on me — the anticipation and dread so necessary for horror like this to work was more or less absent thanks to this presentation.

Beyond one or two jump scares, the game never got in my head. The monsters were barely visible, vaguely humanoid blurs that rushed through the woods and were scared away by pointing my flashlight at them. They weren’t all that creepy, and the woods never felt sprawling enough to get lost in.

Aesthetically, the game nails the movie’s feel. The dense, plain-looking forests felt sinister, and the crude wooden symbols from the movie were strewn around as creepy collectibles. I just can’t be sure if it’s to an effective end, since I was unable to linger in any moment of this game for too long.

Though my time with this truncated version of the game left me sceptical, Blair Witch could still work when I get the full game, turn off the lights, and play through it in a night or two. There’s some good stuff here — your dog, Bullet, is not susceptible to the Witch’s Curse and is impervious to the visions that plague your character over time.

He’s kind of a compass or early warning sign, so you get antsy when he’s not around or starts barking at things you can’t see. In the demo, I got nervous when Bullet started barking, filled with the kind of dread that’s good for a horror game.

Blair Witch’s approach to found footage is pretty fun as well. In certain areas, you find tapes you can play on your handheld camcorder. Tapes show you something that happened in the place where you stand, and by watching them you can change the environment.

A door that’s shut in front of you might be opened on the tape, so if you scrub to that moment and then look up, you’ll find the door open. It’s a neat, unsettling trick that, while very simple, could lead to some fun moments. There are also great, creepy instances when you have to navigate with the camera — what you see on its screen can be very different from what’s in front of you.

Throughout the demo, the Bloober Team developers present stressed that they didn’t want to make their Blair Witch a translation of any particular film or prior text. While the events of the movie happened in the world of the game, the developers want their take on Blair Witch to be something other than a slavish reproduction of the film.

The game has the vibe of the movies — dense woods, creepy abandoned homes — but it also feels like a modern horror game. You don’t have a weapon, just your flashlight, your camera, and your radio or phone. You rummage through shelves and discarded items, finding spooky photographs and turning them over in your hands for possible clues.

At the same time, a horror game with an unarmed, first-person protagonist trying to solve a mystery has been done before in ways that felt more frightening than what I experienced of Blair Witch. I hope that when taken as a whole on August 30, Blair Witch will feel more like a proper, dread-filled Blair Witch experience — or even just a solid horror game.