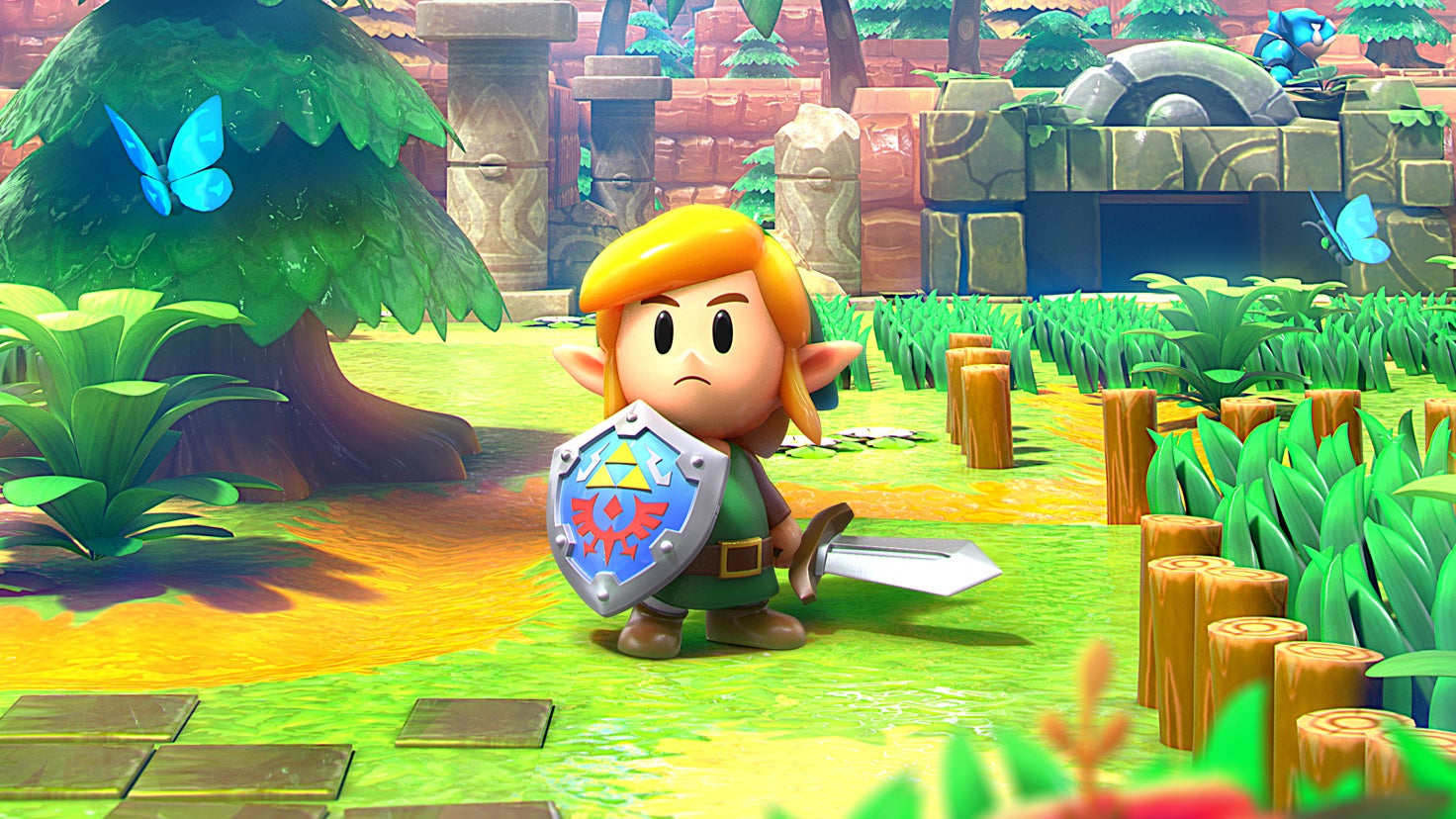 How do you create a follow-up to Breath of the Wild? The Switch launch game was a massive rethinking of the Legend of Zelda series, a colossal non-linear open world in which players could create their own journey. As it turns out, the perfect way to follow that was with a Zelda that is as tiny as Breath of the Wild is big, a Zelda that wholeheartedly embraces its smallness.

I hadn’t played any version of Link’s Awakening since it first came out in 1993. My memories of playing it are mostly situational — I remember going through a lot of it in the back seat of my parents’ car, struggling to hold the brick-sized first-edition Game Boy at the perfect angle so that the sun coming in through the window would illuminate the screen but not fill it with glare.

At the time, my previous experience with the Game Boy software library was limited to smaller-scale projects like Super Mario Land and Tetris. Link’s Awakening felt huge. They made a whole Zelda! On Game Boy! With dungeons and everything! I hadn’t thought it was possible. 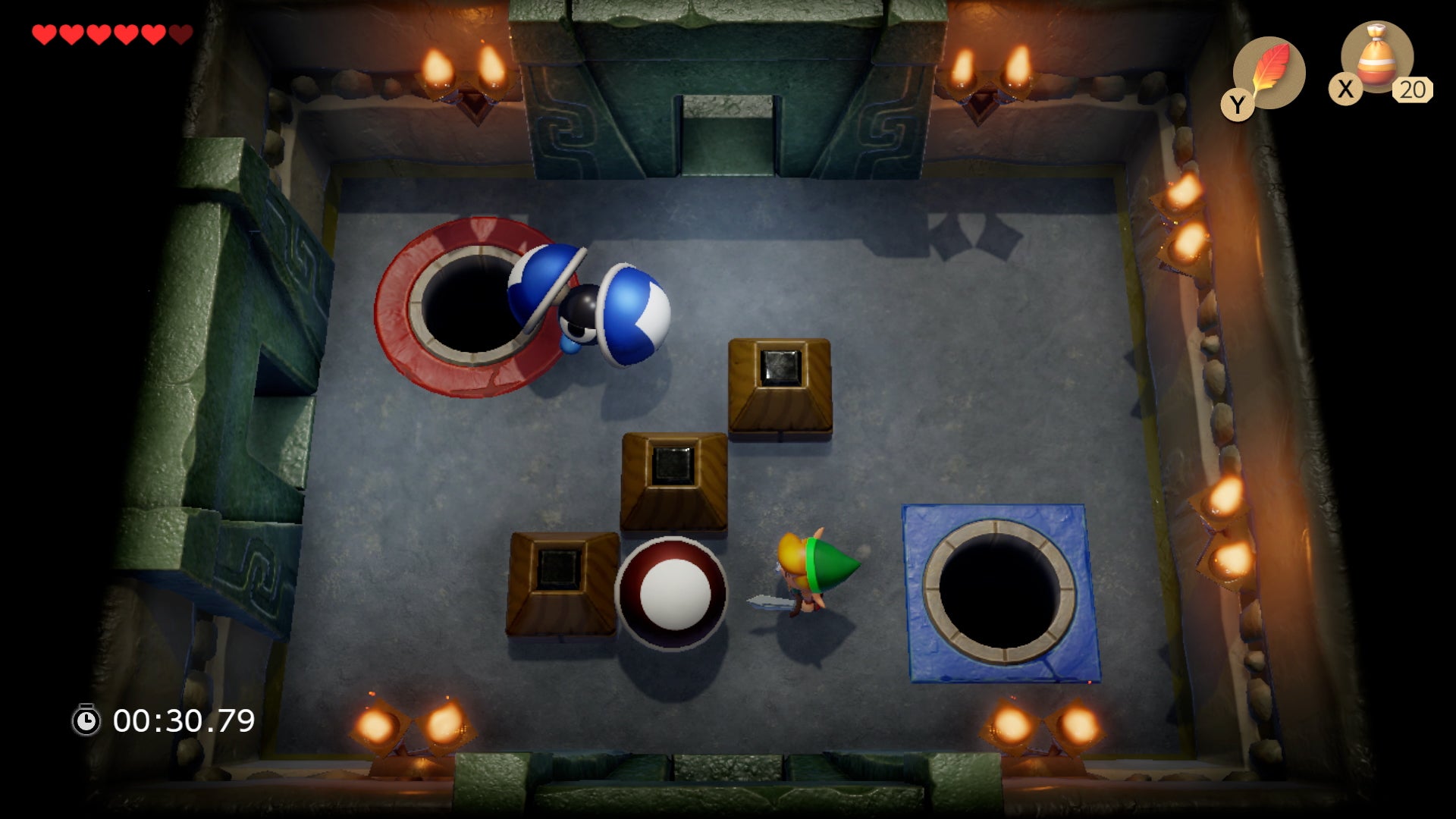 The things we see as impossibly large as children can seem quite small as adults. But since I hadn’t played Link’s Awakening again in the intervening 25 years, I hadn’t seen it from that new perspective.

The remake, released last month on the Switch, is a top-to-bottom recreation of the original, with an adorable toylike visual aesthetic and orchestrated music. But it keeps the original tile layout and proportions of the Game Boy version. The Game Boy game was cramped; every room was an 8×10 grid of tiles. That makes total sense for the Game Boy’s tiny, monochrome, low-res screen, but transpose that into high definition and drop it onto the Switch, and the smallness of it all becomes apparent.

This is magnified by the fact that the overworld, which was chopped into individual screens on Game Boy, is now one big map on Switch, and the screen’s dimensions mean you can see the surrounding areas that were cut off from your view on Game Boy. The world of Link’s Awakening is packed tightly — the quaint, happy village is sandwiched directly between the mysterious forest and the spooky cemetery. The tricks that the Game Boy designers had used to hide all these things are laid bare on the Switch.

I was charmed by the remake’s Lego-ish graphics when I first saw the reveal trailer. But only after I actually started playing the game did I realise why Nintendo went with this aesthetic. The original Link’s Awakening tried to hide its compact nature. The remake leans into it. By making everything look like tiny toys and emphasising that with a tilt-shift camera effect, it deliberately makes Link’s Awakening feel like a Zelda in miniature, like toys on a tabletop, almost an abstraction of a properly-sized Zelda. 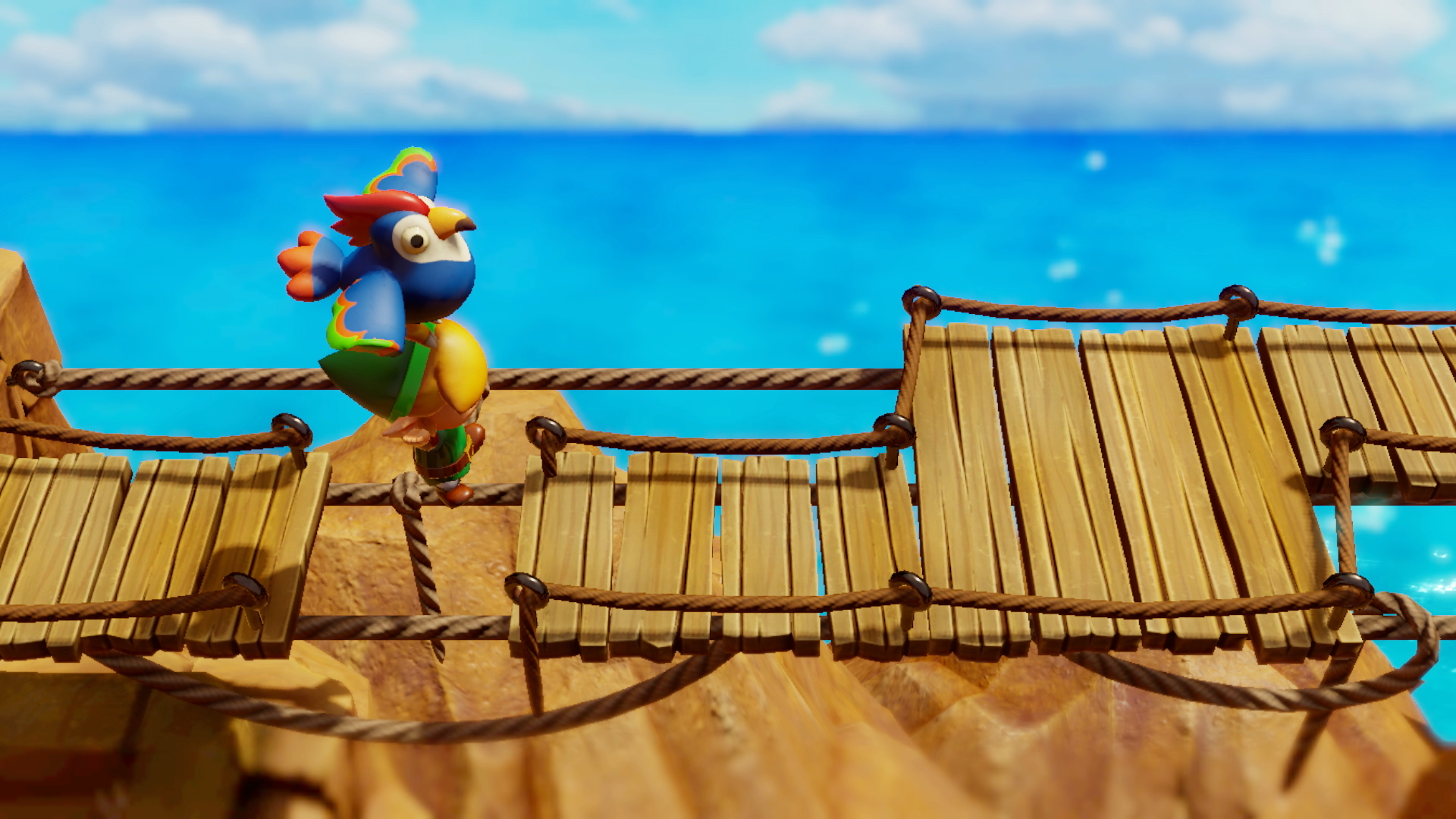 On the Switch, Link’s Awakening’s diminutive size becomes its strength. You can always see the next little thing you want to do and you’re free to go do it. Nothing keeps you for too long: One second you’re picking up your sword, the next you’re in the first dungeon, the next you’re trading dog food to a crocodile. It’s all of the little moments that you love about Zelda games, but packed tightly together.

In this way, it’s the perfect chaser to Breath of the Wild. That game’s impossibly vast map always seemed to reveal more complexity every time you thought you had a handle on its depths. After all that, it’s nice to have all that Zelda goodness squished down into a dense little nugget of joy, one in which the next cool thing is just a few tiles away.

When Nintendo moved from having separate portable and home game platforms to having a single platform that runs every game, it had to figure out how it was going to differentiate what used to be “home” Zeldas and “portable” Zeldas. “Big” and “small” seems to be a good way to split them. With a full sequel to Breath of the Wild in development, hopefully we’ll see more tiny Zeldas as a palate cleanser after what’s sure to be another all-consuming 100-hour epic.