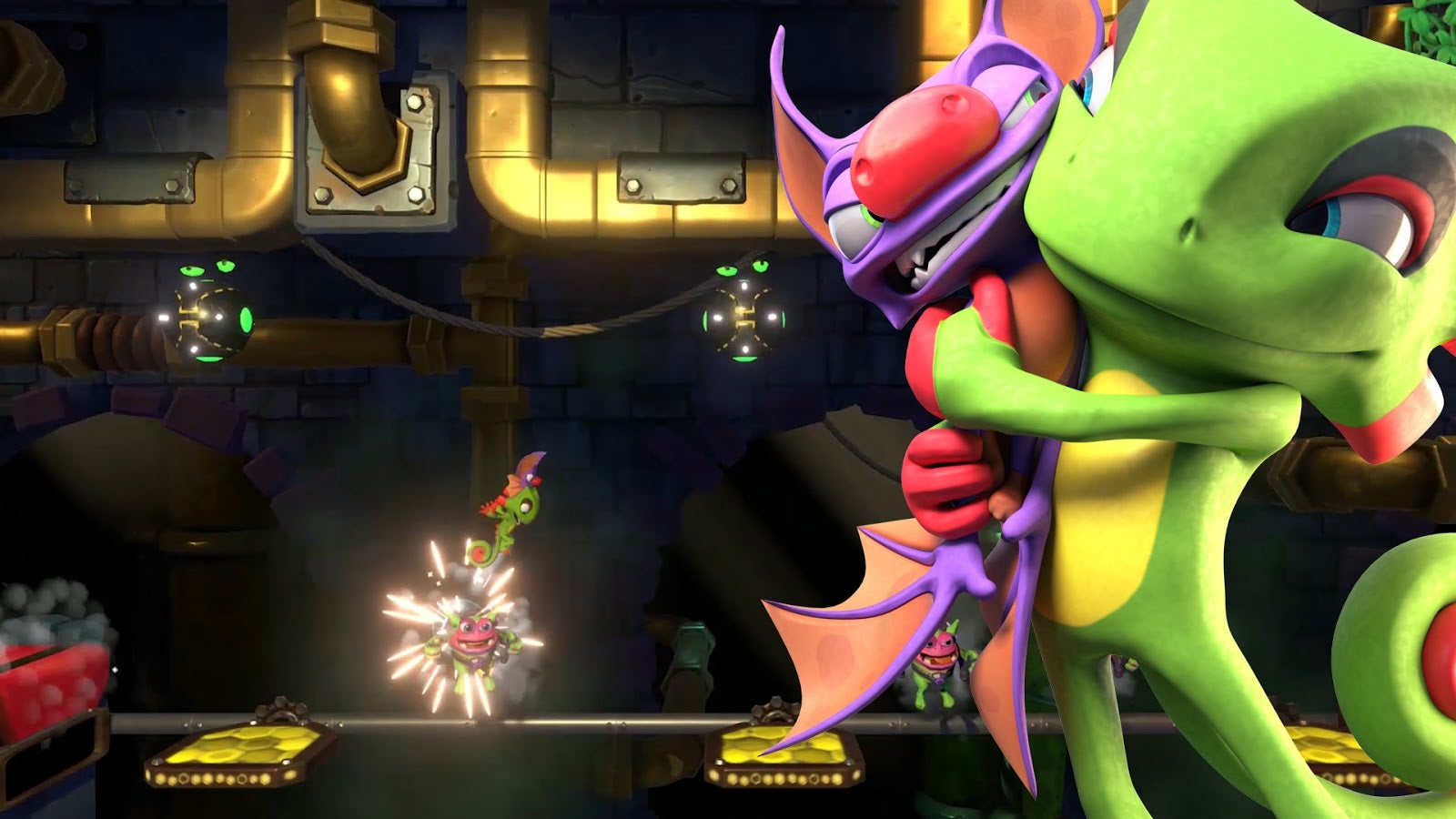 The original Yooka-Laylee attempted to capture the magic of 3D platformers like Banjo-Kazooie and Donkey Kong 64, but instead it felt more like a pale imitation of those great games. Yooka-Laylee and the Impossible Lair, Playtonic’s 2.5D platformer follow-up, is much more successful at capturing the spirit of its old school inspirations, feeling like a redone classic in its own right while also introducing new concepts to the genre.

In other words, Yooka-Laylee and the Impossible Lair is a much better Donkey Kong Country than the first Yooka-Laylee was a Banjo-Kazooie. Rolling and jumping and swinging through the whimsical-yet-challenging levels of The Impossible Lair massages my nostalgia glands in such a way that they are fooled into feeling like I’m playing a beloved favourite, but also one that’s somehow brand new. It’s the same vibe I get from the recent Crash Bandicoot and Spyro the Dragon remasters. I remember playing this game, though I never have and never could have. Weird, right? 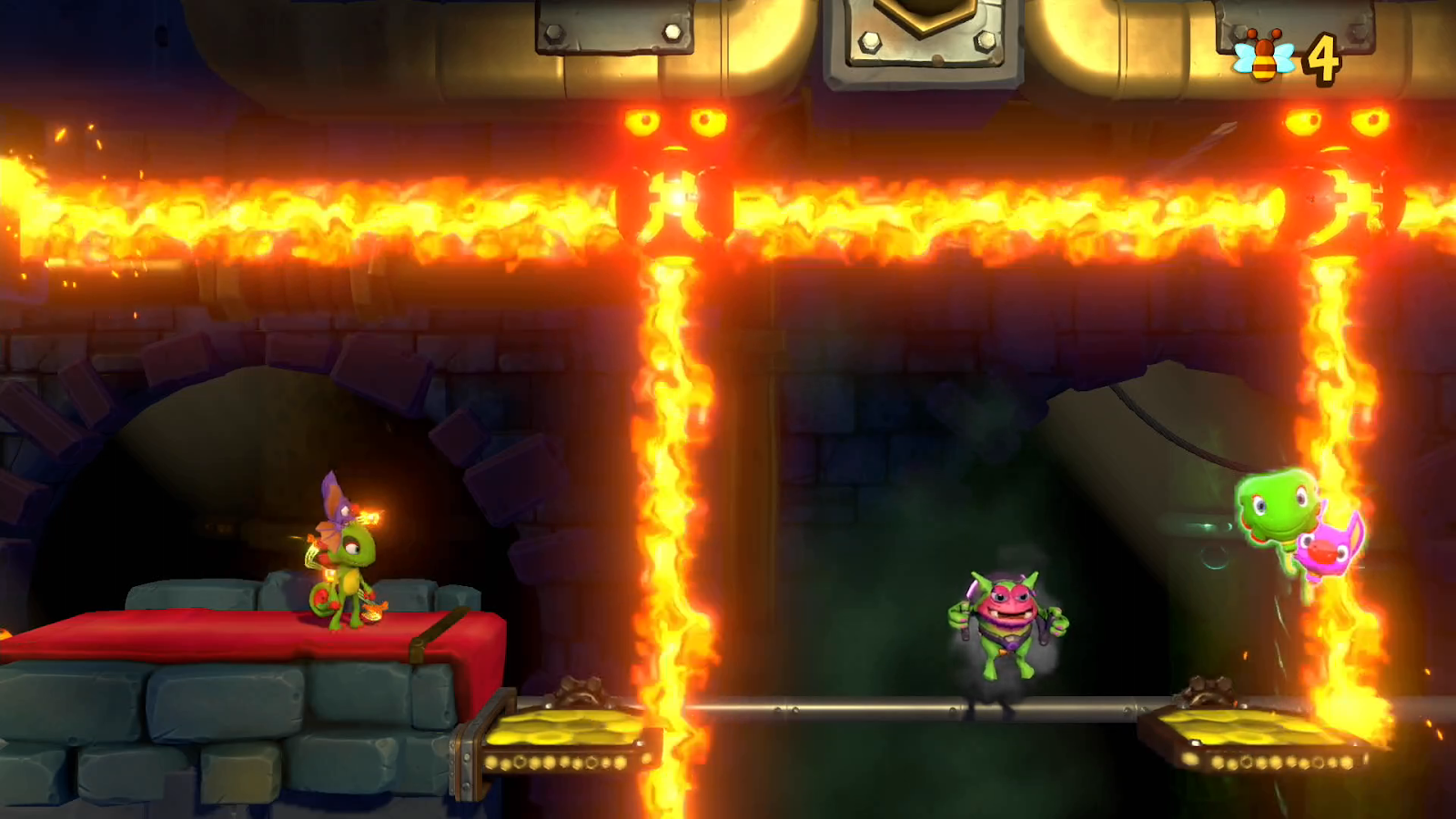 It helps that Yooka-Laylee and the Impossible Lair has unique features that set it apart from most old school platforming games. For one, the game’s final level is accessible from the very start. The evil Capital B has set up shop at the end of an incredibly brutal platforming challenge filled with flames and spikes and enemies.

One might say his lair is impossible, but there is hope. Yooka the chameleon and his bat sidekick must travel the Bee Kingdom, rescuing 48 members of the queen’s Beettalion. Each rescued bee is an extra hit the duo can take in Capital B’s lair. The lair can be challenged at any time.

Theoretically, a player with enough skill could win the game without ever stepping foot in another level to rescue a bee. I am not that player. I’m going to need all the help I get, so I’ve been scouring the overland to open up new levels and collect new bees. 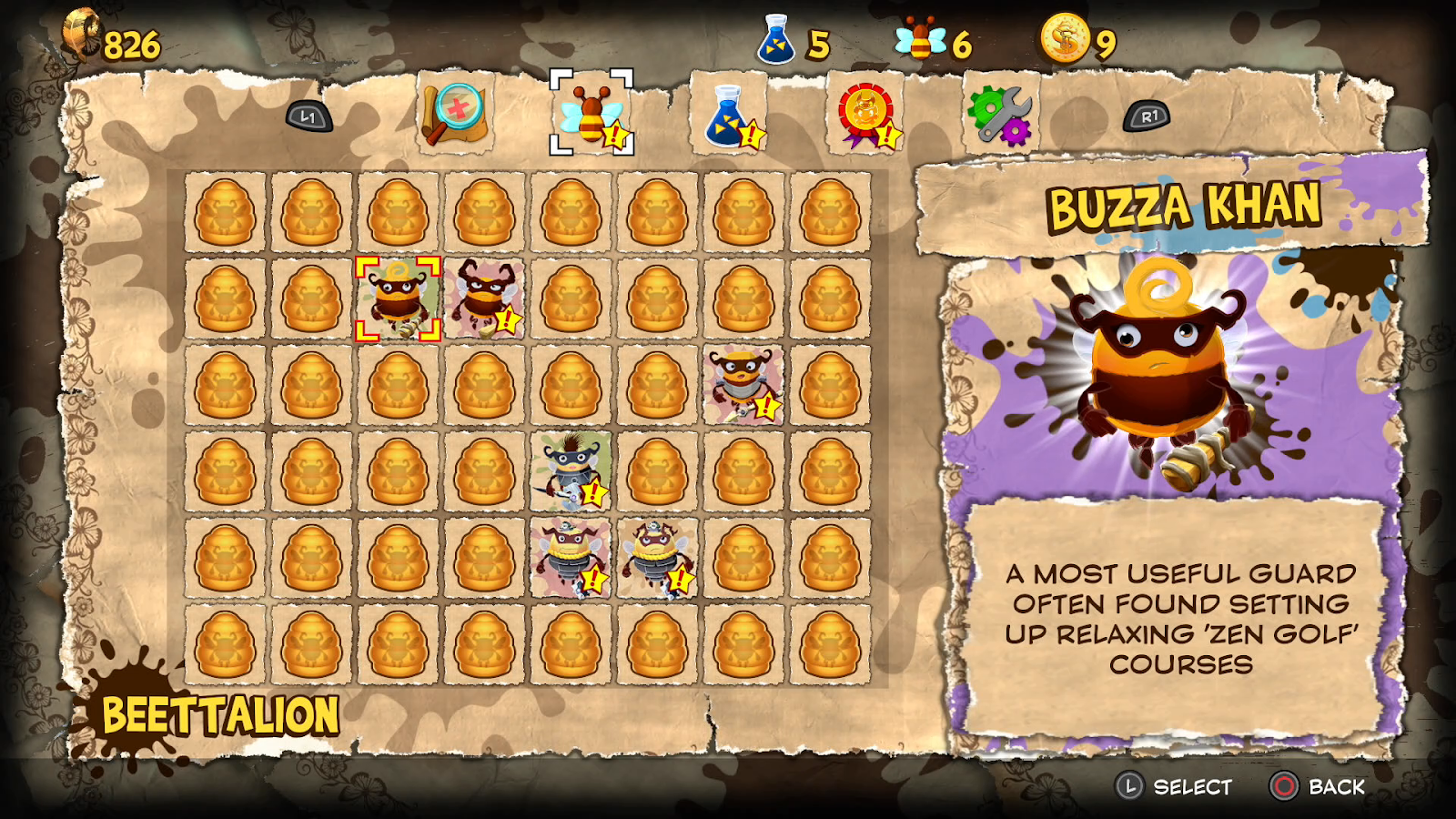 Only half the game is a 2.5D platformer. The overworld is positioned from an overhead perspective and is its own adventure. Rather than moving along a set path from level to level, Yooka and Laylee can scour this 3D world for secrets and items, uncovering new paths, solving puzzles, and occasionally paying off that wily snake, Trowzer, to open up new areas. 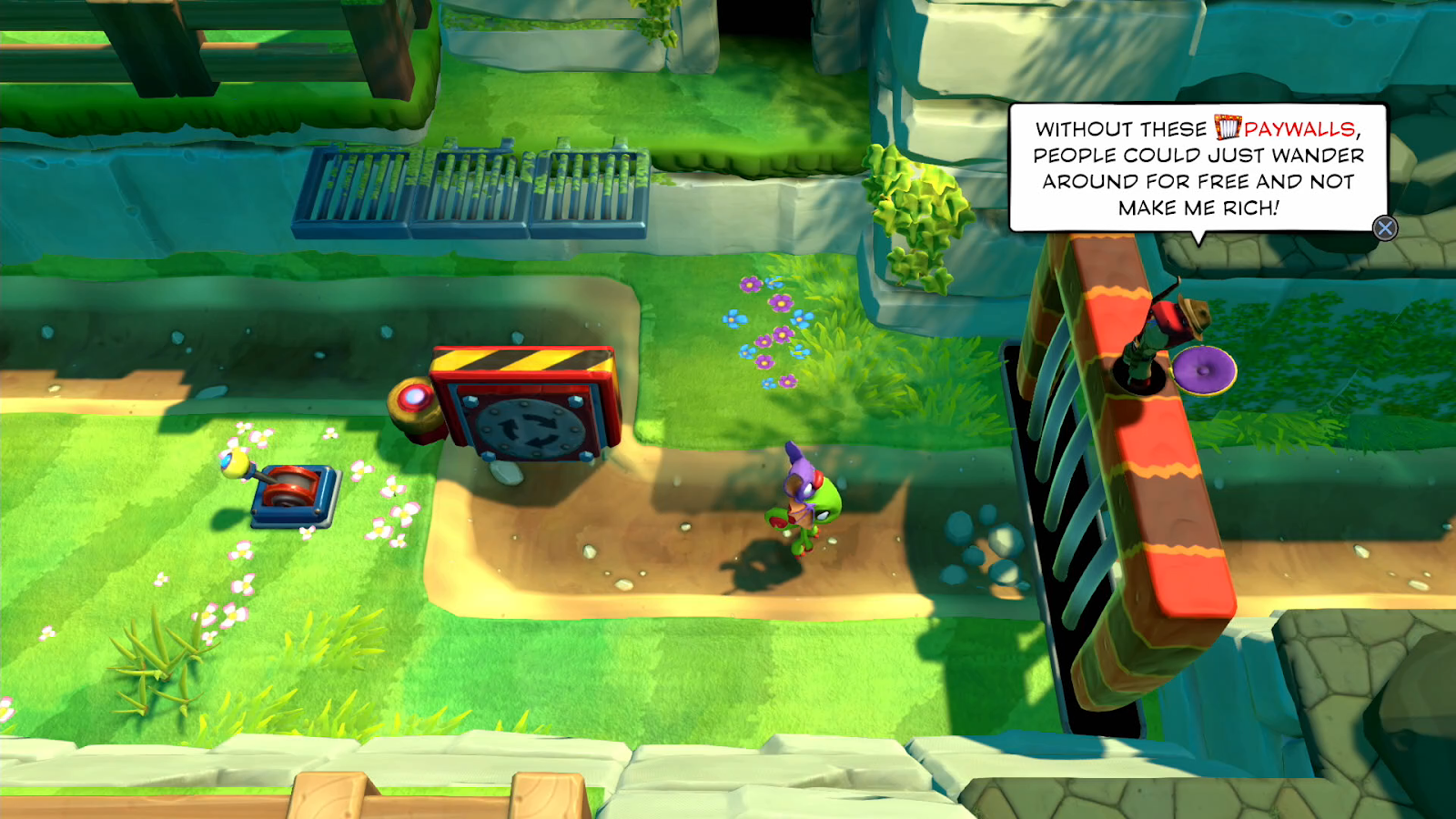 Yooka-Laylee and the Impossible Lair also gives players the ability to manipulate levels in the overworld, transforming them into different versions of themselves. By hitting a switch, Yooka and Laylee can divert water into one of the storybook levels, creating a flooded version with a completely new layout, including new collectibles and a new bee to rescue.

The levels are challenging, but the game is also very forgiving. Should a player die five times in a section of any level (excluding the Impossible Lair), the game allows them to hold down a button and teleport to the next checkpoint, skipping the tough bits. Considering the amount of spikes and hazards scattered about the levels I’ve played through so far, I could see my kids making use of the skip feature so they can enjoy the cute visuals and charming music without the frustration of endless death. What more could a parent ask for?

One of my sons got hooked on the original 3D Yooka-Laylee. Sometimes he’d hand me the controller and ask me to help, and I’d wander about the bright and happy world without a clue of where I was supposed to go or what I had to do. He’d get antsy, I’d get snappy. It wasn’t a good scene.

Yooka-Laylee and the Impossible door has all the appeal of the first game but it’s more straightforward, more compelling, and most importantly, feels less like a homage and more like its own game. I can’t wait for him to play.