Grand Theft Auto Online got a new heist today, a rare and wonderful occurrence. The Diamond Casino Heist update includes a new heist, as well as new music, weapons, collectibles, and balance changes that make it harder to grief other players.

The big star of this new update is, of course, the heist. After the events that took place in the Diamond Casino and Resort story missions, added earlier this year, someone is looking for revenge, and you and your old buddy, the computer hacker Lester, are here to help them rob the place of every penny, chip, and dollar. If you haven’t played the story missions that were added in the last big update, you might be a bit confused about what’s going on, but I do like how Rockstar is trying to tell a more coherent and consistent story in GTA Online with these last few updates.

To start planning and setting up for this new heist, players will need to buy an old arcade and retrofit it with a new basement. But the above-ground arcade isn’t just an empty shell: Players can actually run an arcade there, which can be filled with games. Rockstar has added over a dozen fake arcade games, with names like Badlands Revenge II and Monkey’s Paradise. You can invite friends or random players to enjoy your arcade.

Buying an arcade isn’t cheap, with most arcade locations costing over a million dollars along with optional upgrades, like better flooring or a large garage. However, if you are a Twitch Prime member and have linked your Social Club account to your Twitch account, you can get a free arcade. The free arcade is located all the way up in Paleto Bay, which means nearly every mission and activity involving the heist will require you to drive all the way back into Los Santos. This can get annoying, but it’s a more interesting business than another drug house or thieves’ den. The heist against the casino has a lot of options and possibilities for things to go wrong. For example, you can go in quietly, but if you trigger an alarm you’ll have to fight your way out. Or you might carefully scout out your entrances and exits, only to have the plan go awry due to a security camera you didn’t spot. But unlike previous heists, failing doesn’t mean you lose. Instead, Rockstar says these missions will change as players succeed and make mistakes. This is a nice change from older heists, where you would be forced to complete stealth sections perfectly or fail them and restart. I’ll have more to say about the heist once I gather up my crew to play through it with me.

Beyond the new heist and arcade business, the update adds a lot of other things. One feature the community is excited about is some balance changes, which seem to be a response to players who feel GTA Online is too full of griefers. Players will now be unable to use the suicide option right after killing a player and will have to wait five minutes before killing themselves. This change is to help stop some players from attacking and killing people and then running away to kill themselves, which preserves their K/D ratio and makes it hard for their victims to fight back. There is also a five-minute cooldown on the Oppressor Mk.II after it is destroyed or requested. This will make it much harder for players to use the deadly jetbike to attack and harass others. 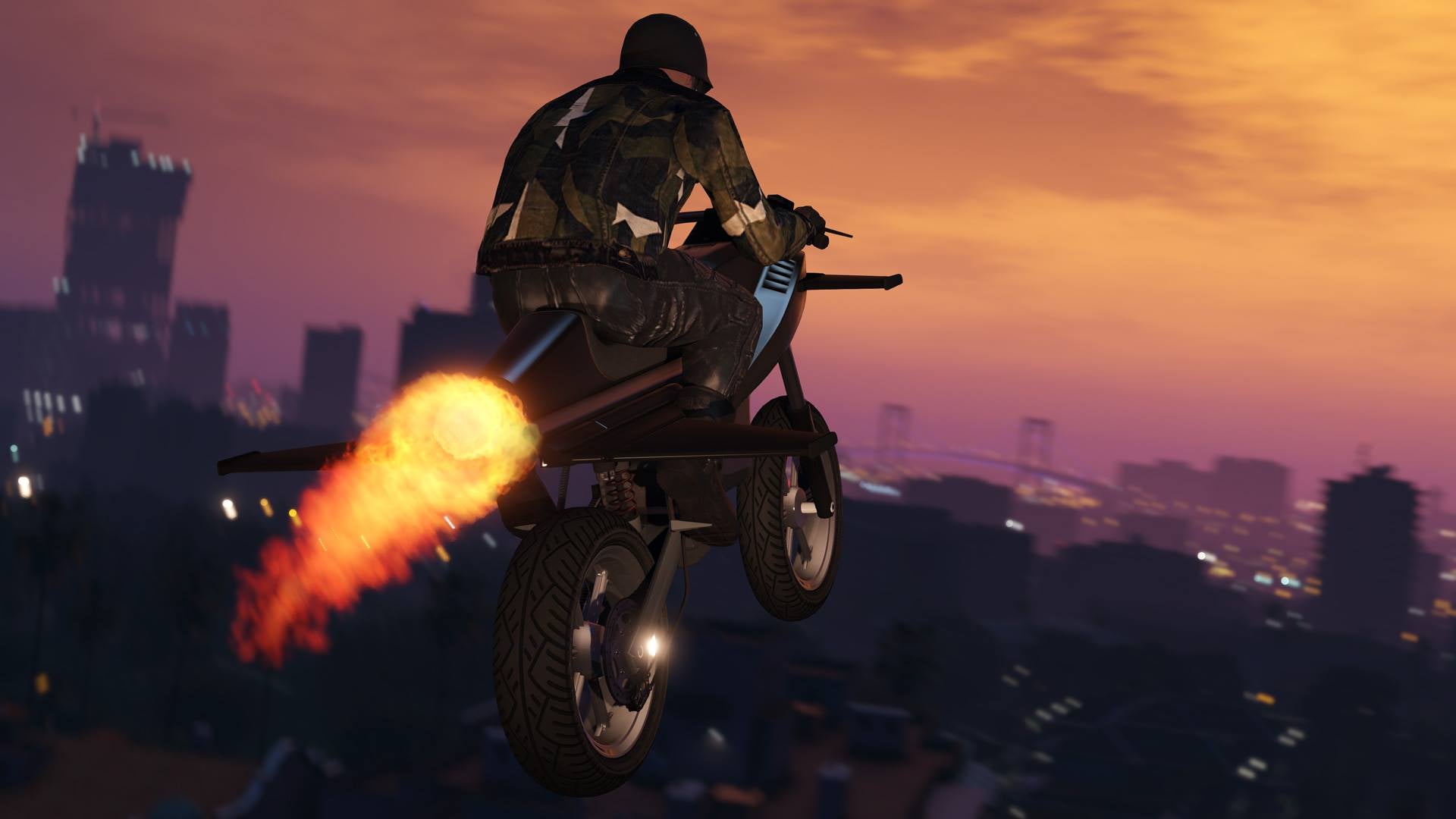 A whole new radio station has been added as well. The new station, iFruit Radio, is a hip-hop and rap station that is hosted by rapper Danny Brown. The station contains over 25 new songs, including some songs that are premiering in GTA Online exclusively. I’m always happy to get more music in GTA Online. After years of listening to the same songs over and over, it’s lovely to get some new tunes while robbing and killing.

This update also adds new collectibles for players to locate. Dedicated players with some free time can search the map for clues about a serial killer or finding hidden government spying and signal jamming devices. What does this all mean? I don’t know, but I assume the community is already on the case.

On top of all this, there is a whole list of new cars, clothing items, tattoos, and even some new weapons. This is one of the biggest updates to GTA Online for some time. Before Red Dead Online was released, some players were concerned that GTA Online might wither away, but this latest update adds plenty to do.