How To Properly Shut Down A Windows 10 PC

This is an older Windows 10 quirk, but one worth highlighting every now and then in case you forgot that “shut down” isn’t really “shut down”. What you’re actually doing when you shut down your computer is putting it into a hybrid state, the “fast startup” feature enabled by default in Windows 10’s settings. As Windows Central describes:

With fast startup enabled, choosing to shut down your PC might look like you’re completely shutting things down, but in reality, your PC is entering a mix between a shutdown and hibernation. A hibernation file is indeed used, although it is smaller than usual. Why? You’re logged off before the file is created, meaning your session is not recorded. The speed boost comes from the Windows kernel being saved on your hard drive and loaded when booting.

Why should you shut down your PC?

There’s nothing wrong with Windows 10’s fast startup feature. Depending on your system configuration, it can do a good job of getting you back into the operating system nice and fast when you “power up” your PC.

However, there are times when you might want to shut down your system the real way – if you’re having an odd issue with Windows, for example. As How-To Geek notes, a standard shut down might not be enough to get Windows to stop freaking out during these fun moments:

We’ve personally experienced this problem ourselves. When faced with weird system problems that may be caused by a buggy driver or other low-level software issues, the problem persisted after shutting down our PC and booting it back up.

A quick trick you can try is to just restart your system, which discards the Windows kernel instead of creating a snapshot for a speedier startup. But if you’d prefer to power down your system for real, you have a few options:

Shut down your system like you normally would, pull out your favourite stopwatch app on your smartphone, and time how long it takes for your computer to boot into Windows when you start it back up. Write that number down – or just remember it.

Now, click on the Start button, type in “power”, select the “Power & sleep settings” option, and click on “Additional power settings”. In the window that appears, click on “Choose what the power buttons do” in the left sidebar, and deselect “Turn on fast startup (recommended)”. You might have to first click on the “Change settings that are currently unavailable” to uncheck fast startup. 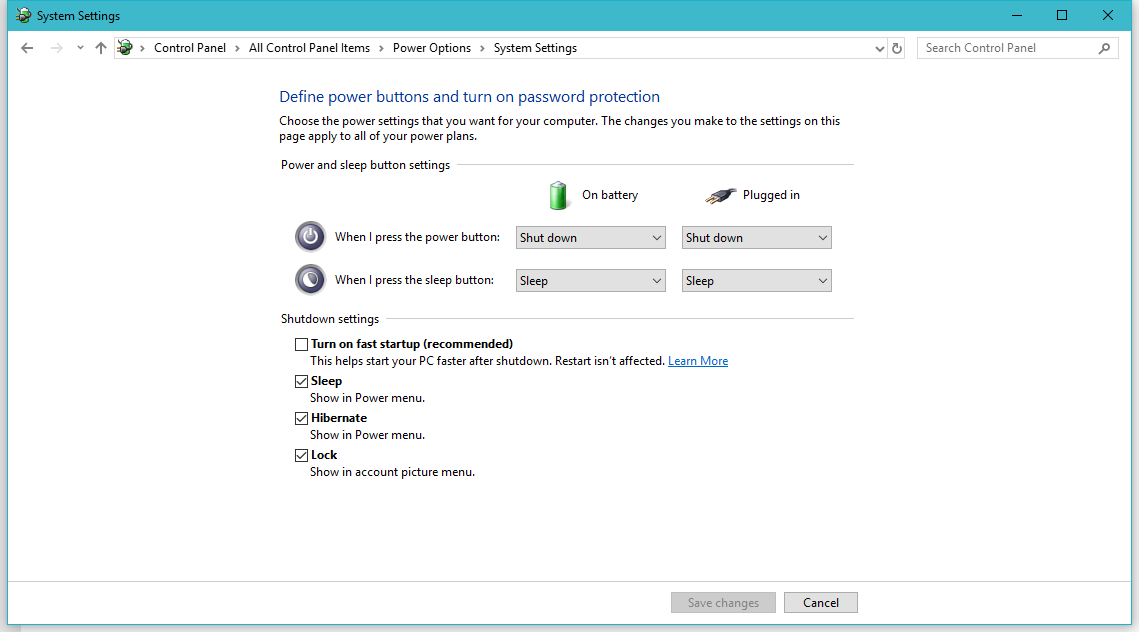 Shut down your system again. Time how long it takes your computer to boot into Windows when you start back up. If the difference between this number and the last number is extreme, go turn fast startup back on. If it’s just a few seconds, or an amount of time you don’t feel like you’re even going to notice in everyday use, you can leave fast startup unchecked to ensure that you’re always (really) shutting off your PC.

Fast startup might also make no difference whatsoever. When I clocked my times, I got 29 seconds from button-press to Lock screen with “fast startup” enabled… and 27 seconds with it turned off. ¯\_(ツ)_/¯

The hybrid approach to managing a hybrid shutdown 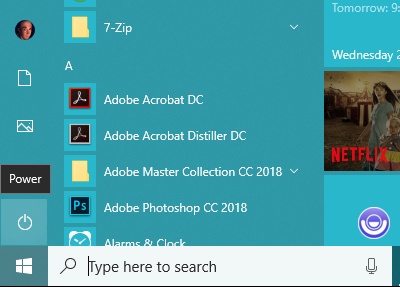 If you want to use Windows’ fast startup, but still want the option to perform a full shutdown whenever you think you might need it, there are a few tricks you can try.

The easiest method is to simply hold down the shift key before you click the power icon and select “shut down” on Windows’ Start Menu, the Ctrl+Alt+Del screen or its Lock screen. This will force your system to actually shut down your PC, not hybrid-shut-down your PC.

You can even make this little command a desktop shortcut for easier access. Right-click on your Windows 10 desktop, select New, and then Shortcut, and enter this for the shortcut’s location: shutdown /s /f  (Thanks to Lifehacker reader CmdrKeene for the note about the smaller shortcut!) 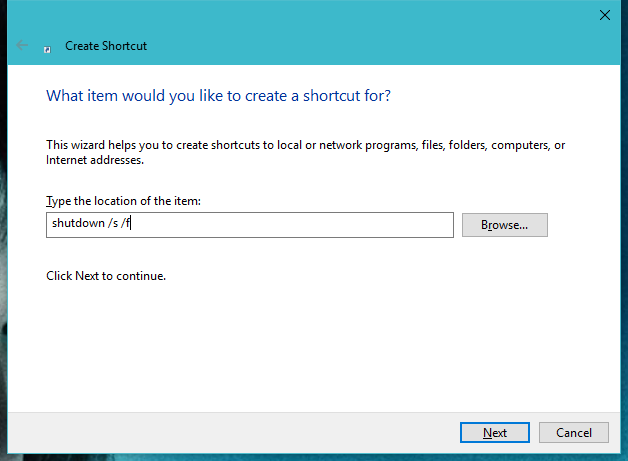 After that, click Next, give your shortcut a fun name (such as “Recycle Bin”), and click Finish. The next time you want to turn off your PC, just double-click on your shutdown shortcut. Better yet, drag it to your toolbar for easier access (and all the hilarity that comes from accidentally clicking “SHUT DOWN” when you meant to click File Explorer).