Earlier this month Bandai and Bluefin announced the North American release of Bandai Spirits Hobby’s Pokémon models kits, starting with Pikachu, Eevee, and Mew this spring. Last night I assembled all three. It only took me about an hour, and I was only slightly traumatized by Pikachu’s hollow plastic face.

The PokePla kits are perfect for folks just getting into assembling models. They require no paint and no glue. While I generally recommend a snipper tool to remove the parts from their plastic frame, the pieces for these kits pop off easily and I was able to scrape off any excess plastic with a fingernail. The only tool I would recommend is a pair of tweezers for applying stickers, as they are so tiny. While imported kits can be purchased on Amazon at a premium, the Western releases will only run $US10 ($15) for Mewtwo and Eevee and $US8 ($12) for Pikachu. 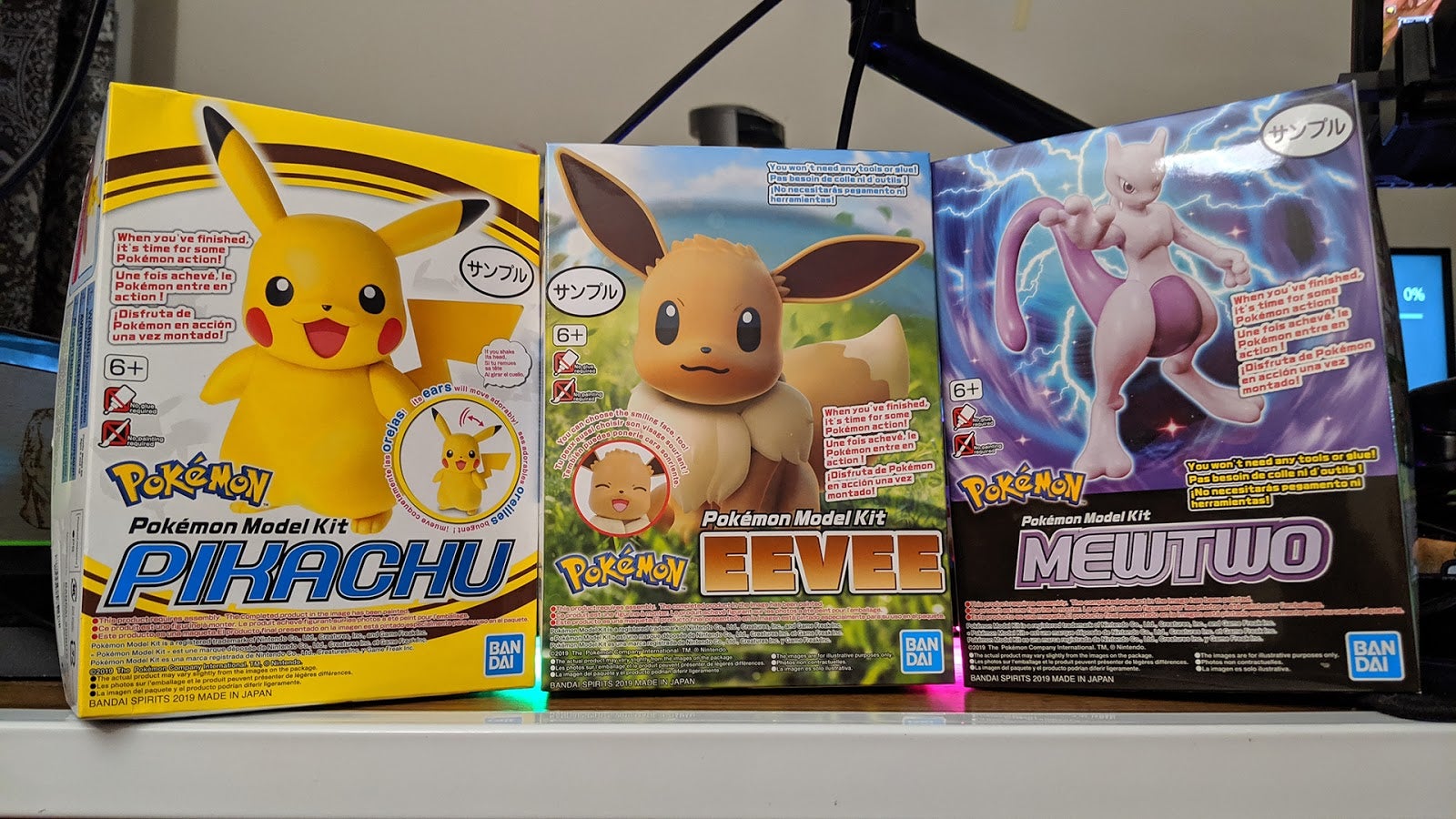 Each box contains a set of instructions and a plastic bag packed with Pokémon parts. It’s like peeking into a serial killer’s trunk. 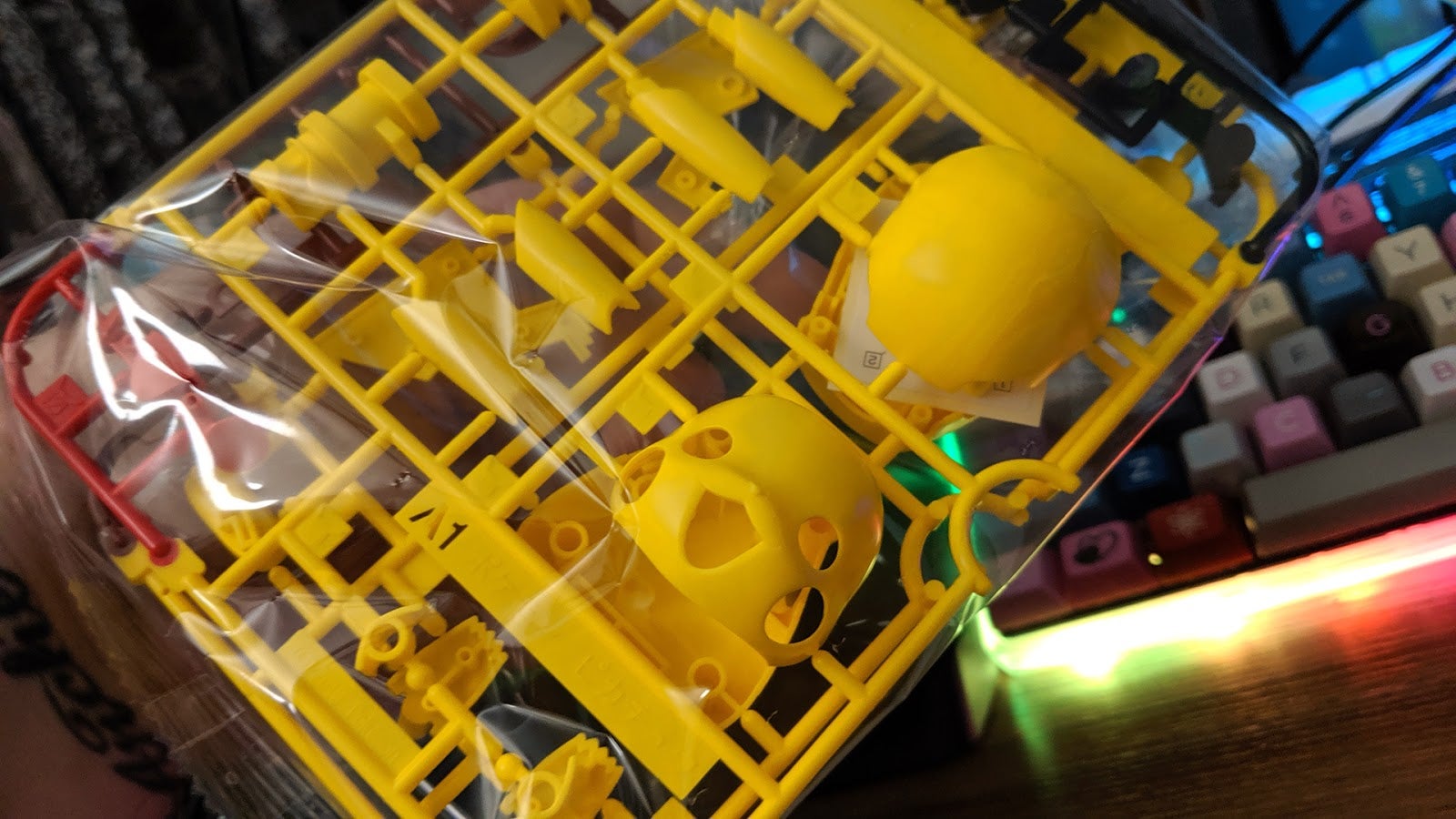 The booklet, read back to front, is a handy guide on how to break down a Pokémon for parts. I’d suggest reading front to back. Start with the part that cheerily says, “Make its face!” Eevee’s deal is it comes with two faces. 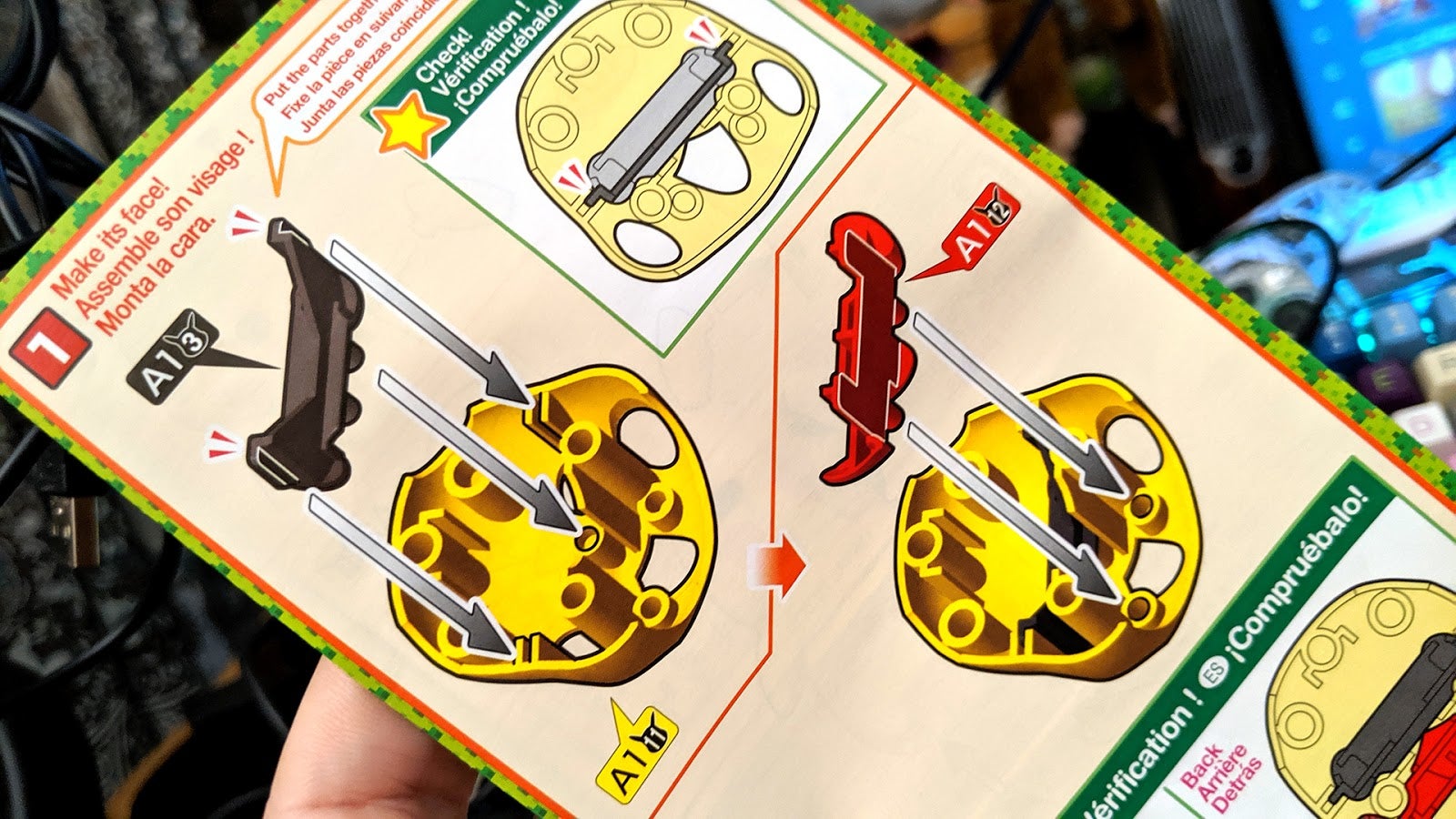 It’s a clever bit of construction, the way Pikachu’s eyes and mouth work. Both are coloured plastic inserts that allow the black and red to poke through the face frame, or Pikachu skull. Once inserted, everything is perfectly normal and not terrifying at all. 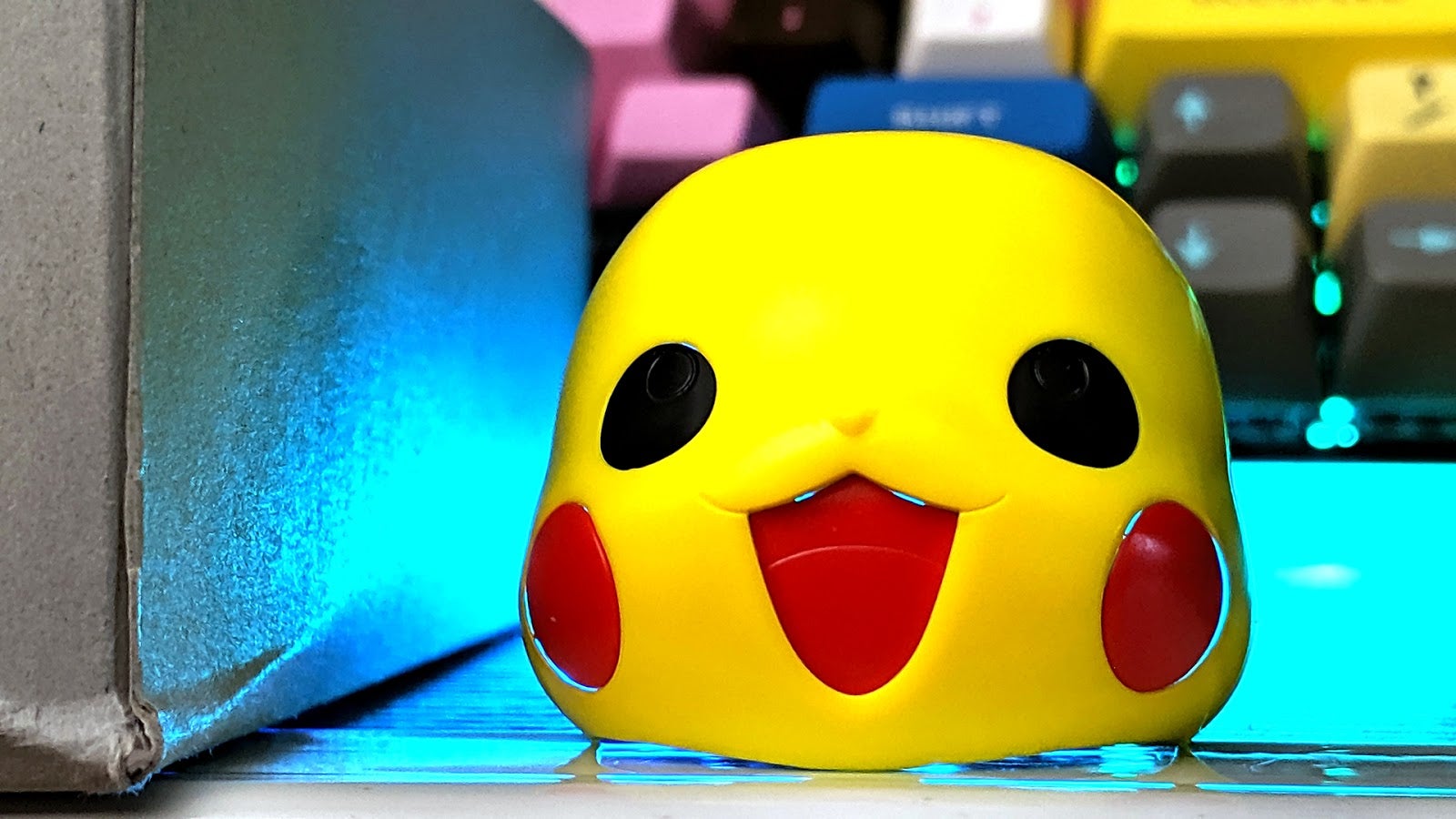 Wait, I can fix this. Just need to assemble the body. 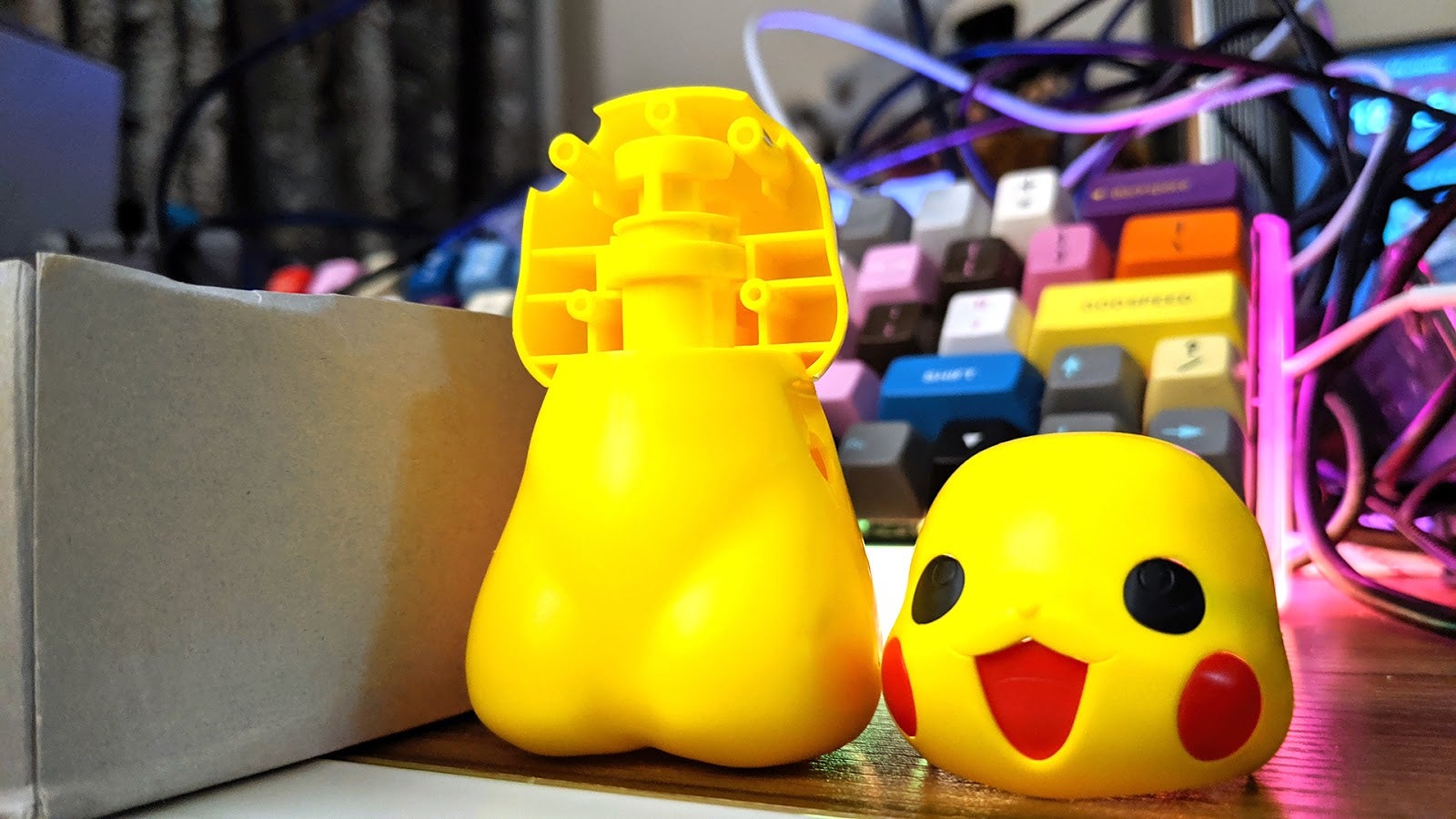 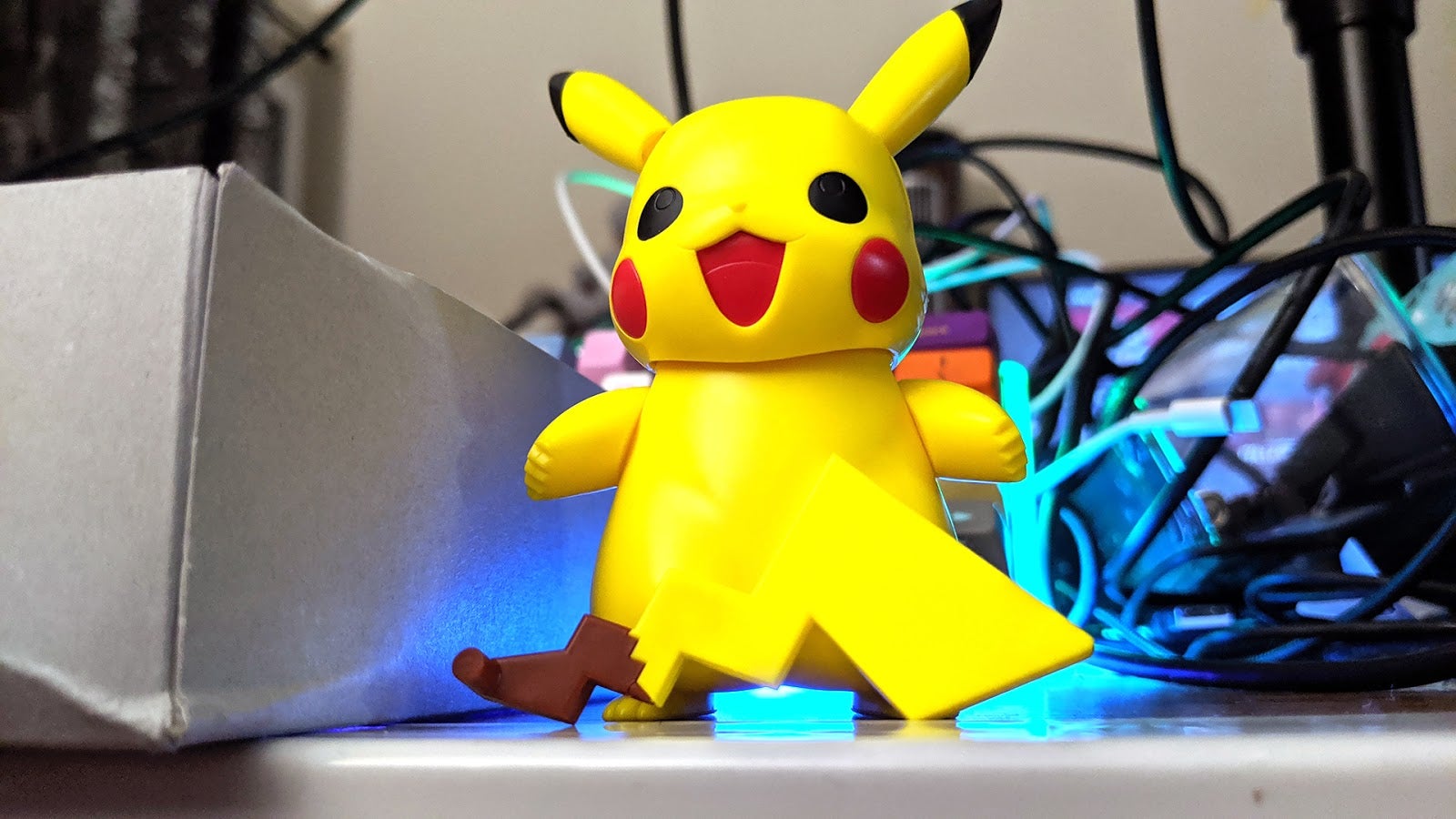 And there we have it. Dead-eyed, bloody-mouth Pikachu with detached tail. I guess I should apply the stickers. 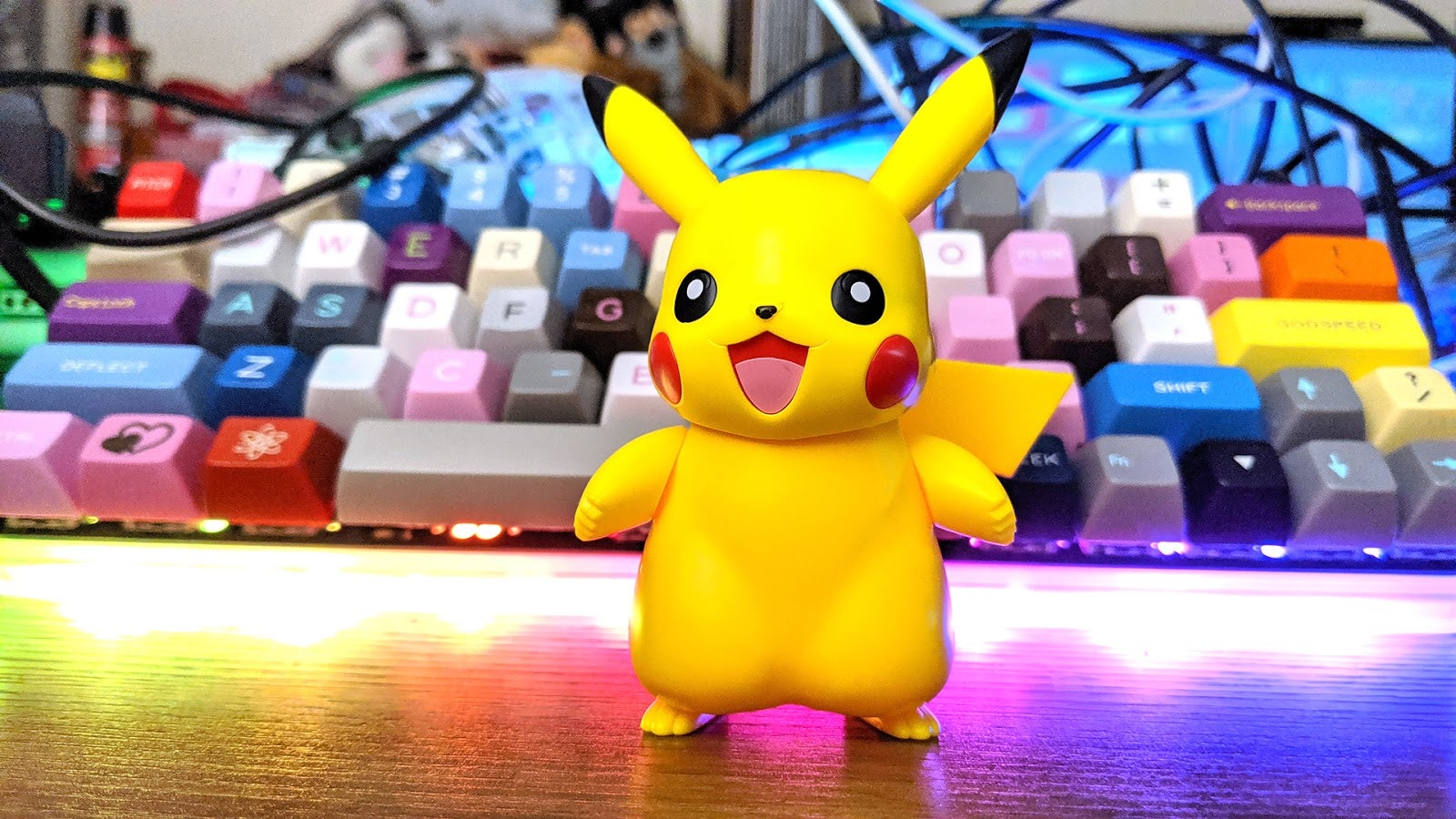 And done. From pile of Pika-parts to my partner Pikachu in around 20 minutes. His little arms move. His ears change position when you move his head. He’s pretty damn cool for an inexpensive model kit you build yourself. 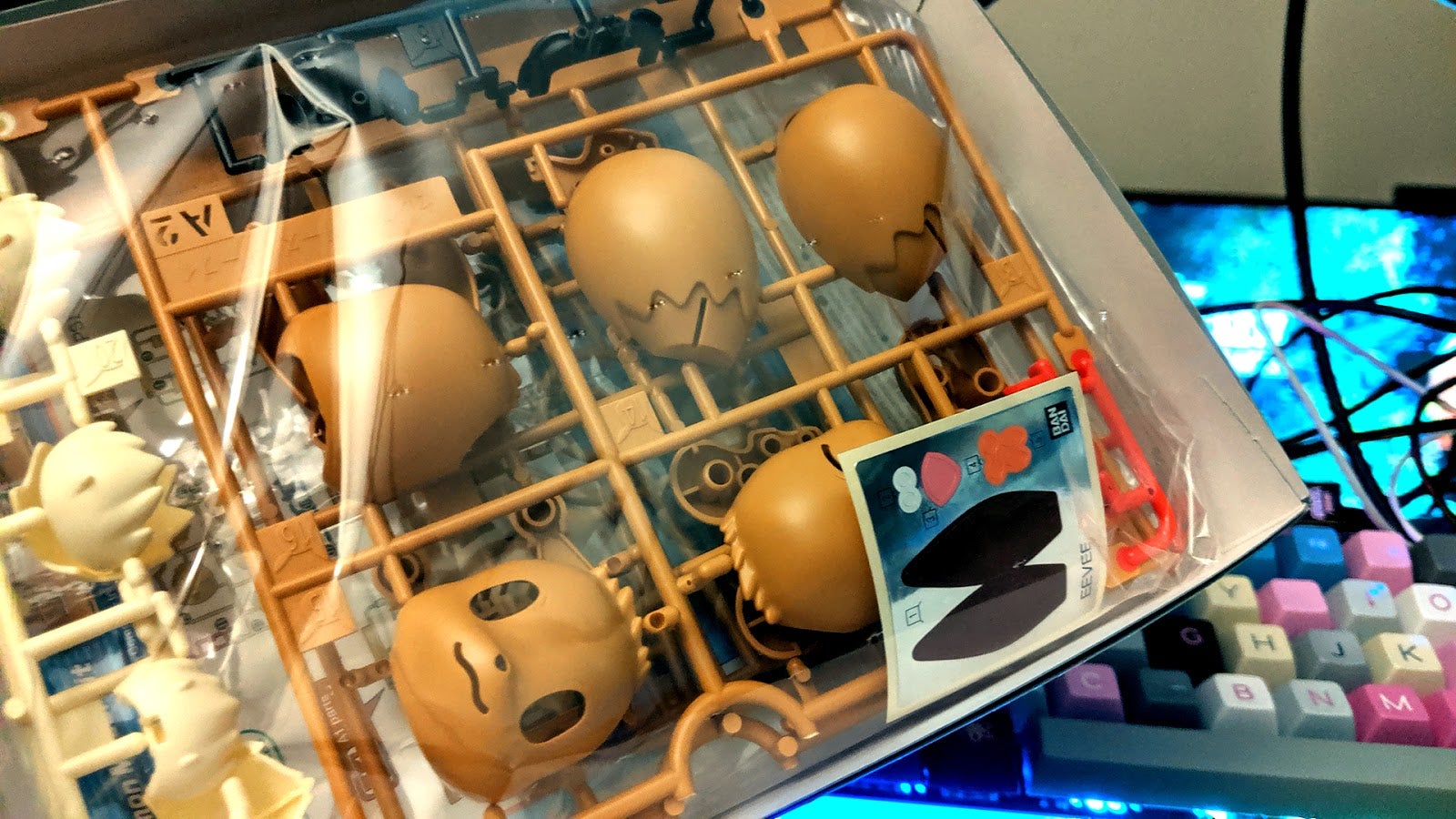 Eevee’s two faces can be swapped out at will. One is bright-eyed and smiling. The other has its mouth open and eyes narrowed in sheer joy. Mine is using the open-mouth face, because it’s easier to apply the tongue sticker than the tiny white eyeball stickers. 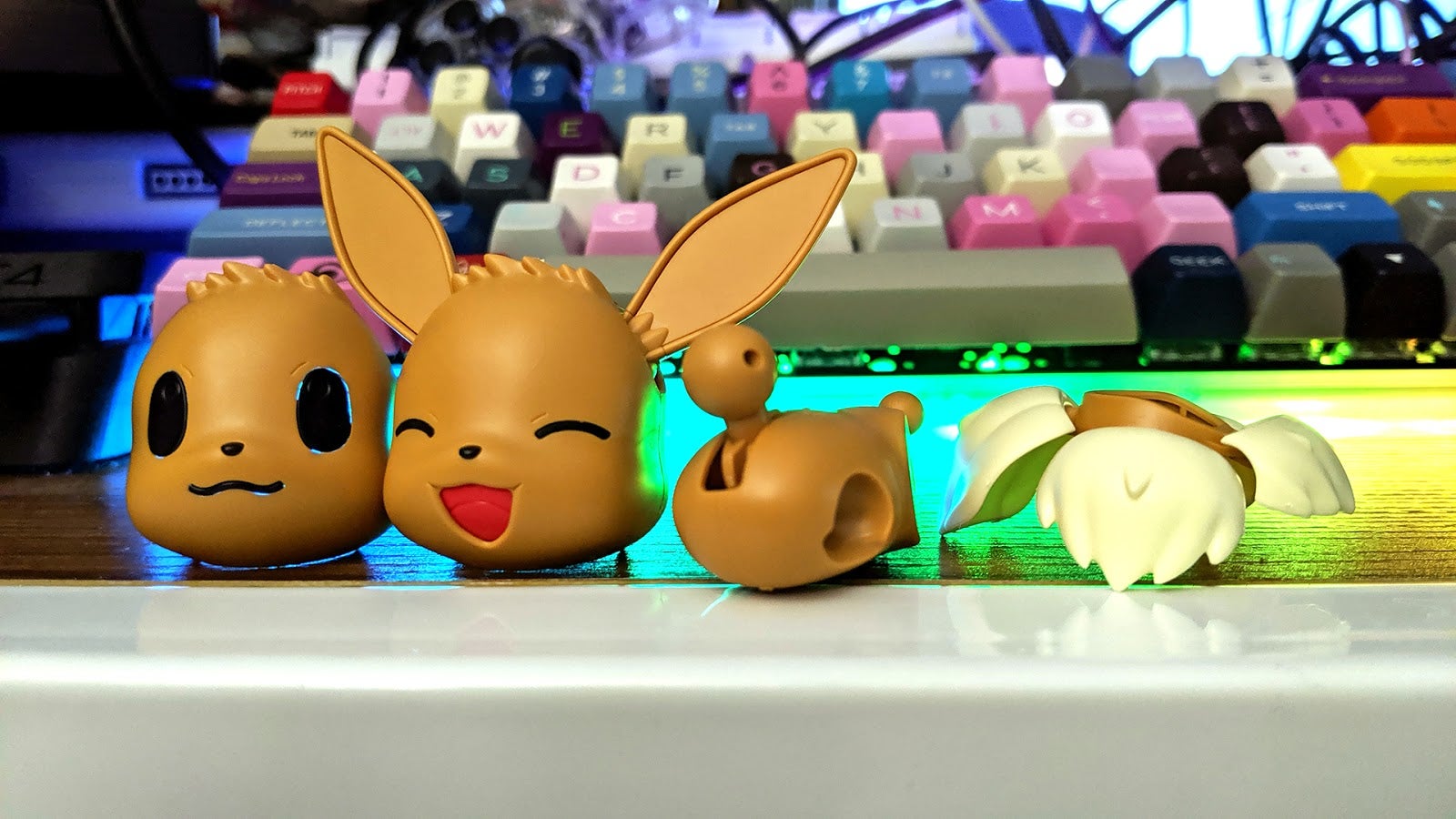 With front legs that swivel on a ball joint, rotating ears, adjustable tail, and segmented mane to allow for movement, Eevee is much more articulated than Pikachu. They’re still best friends, though. 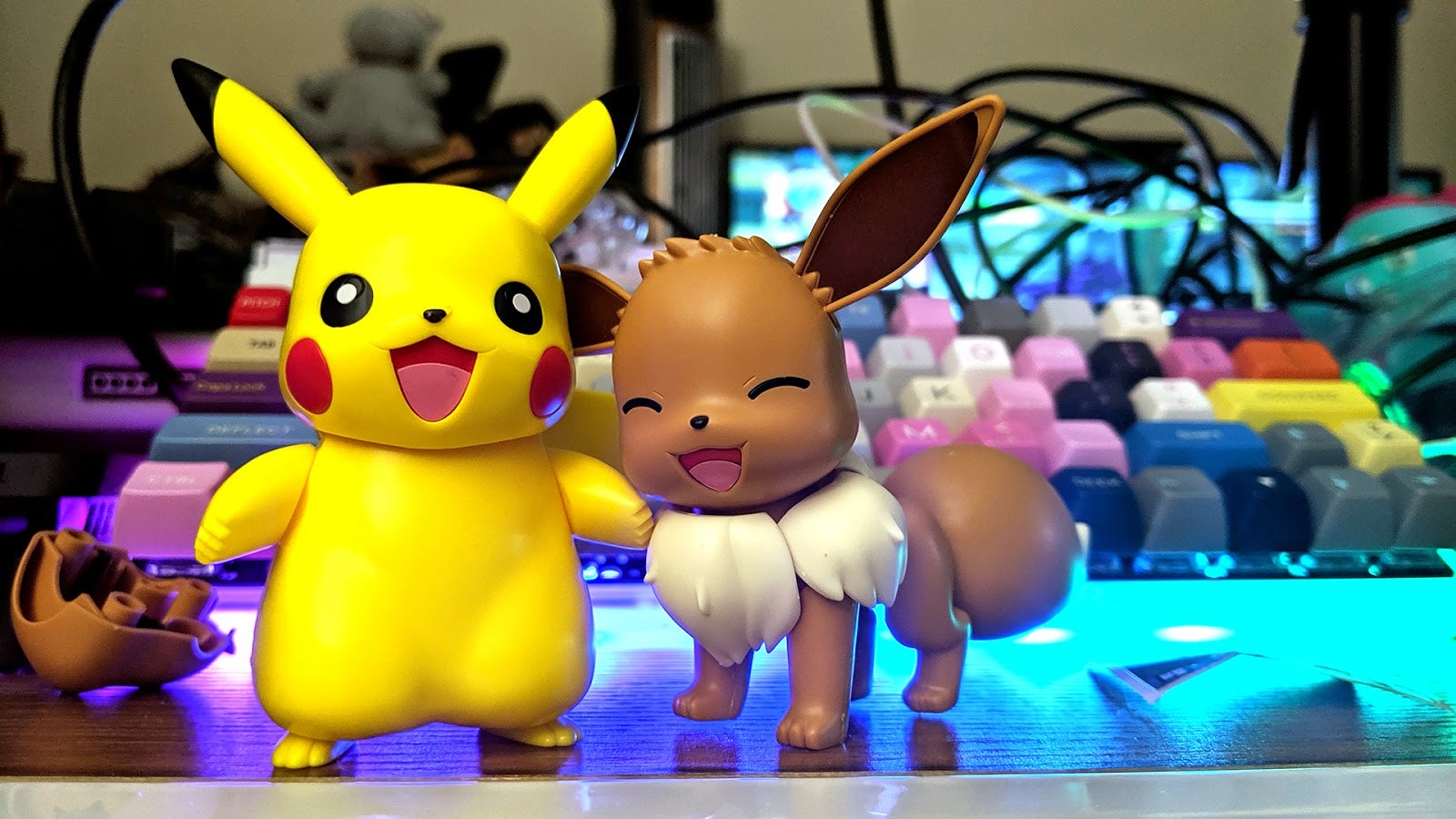 Finally, we have the jumbled pile of purple parts waiting to be Mewtwo. 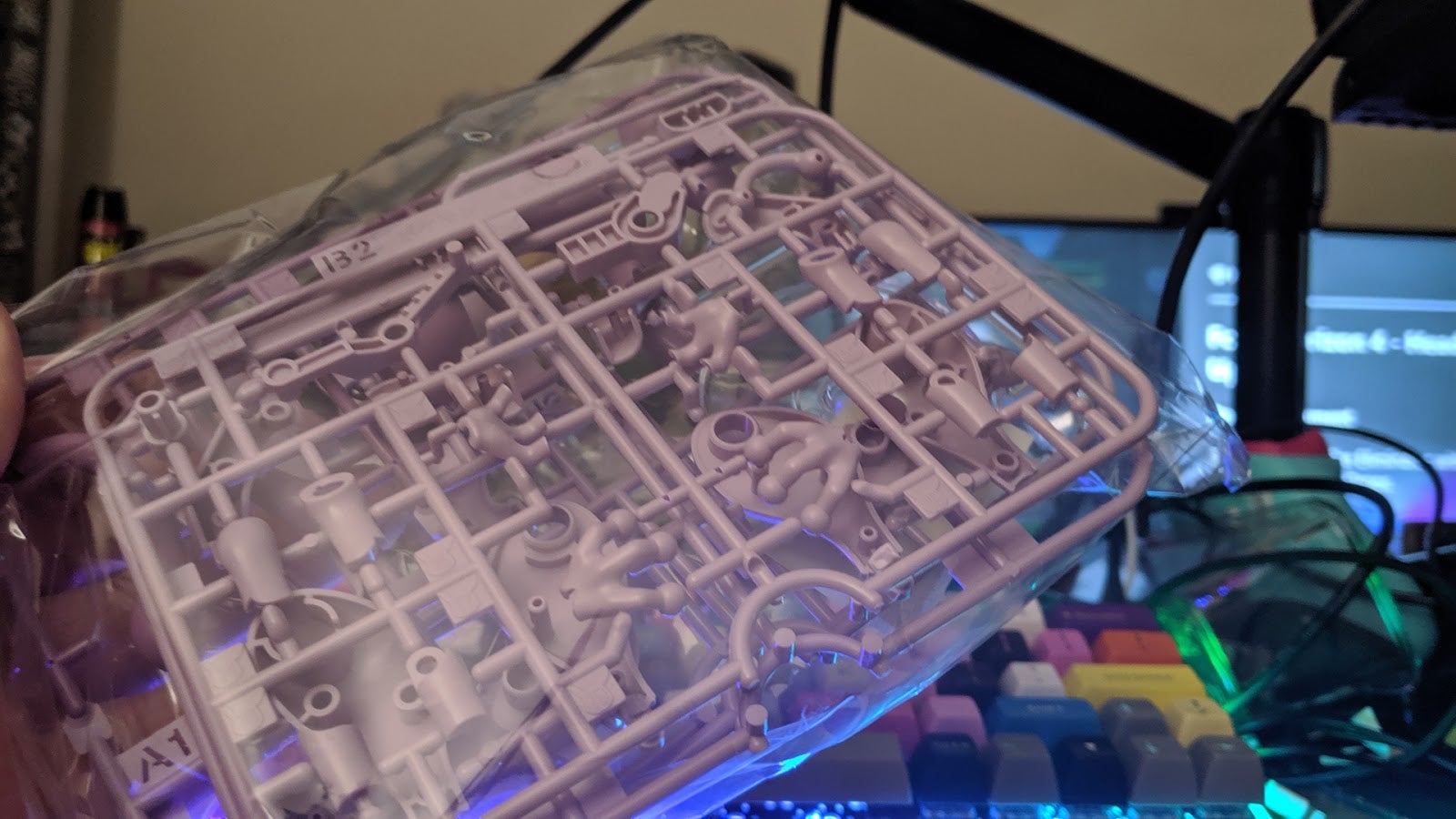 Mewtwo is not a cute, giant-headed Pokémon like Pikachu and Eevee. It gets no facial inserts, just two halves of a head and stickers for eyes. It makes up for its lack of cranial complexity with a very convoluted body. 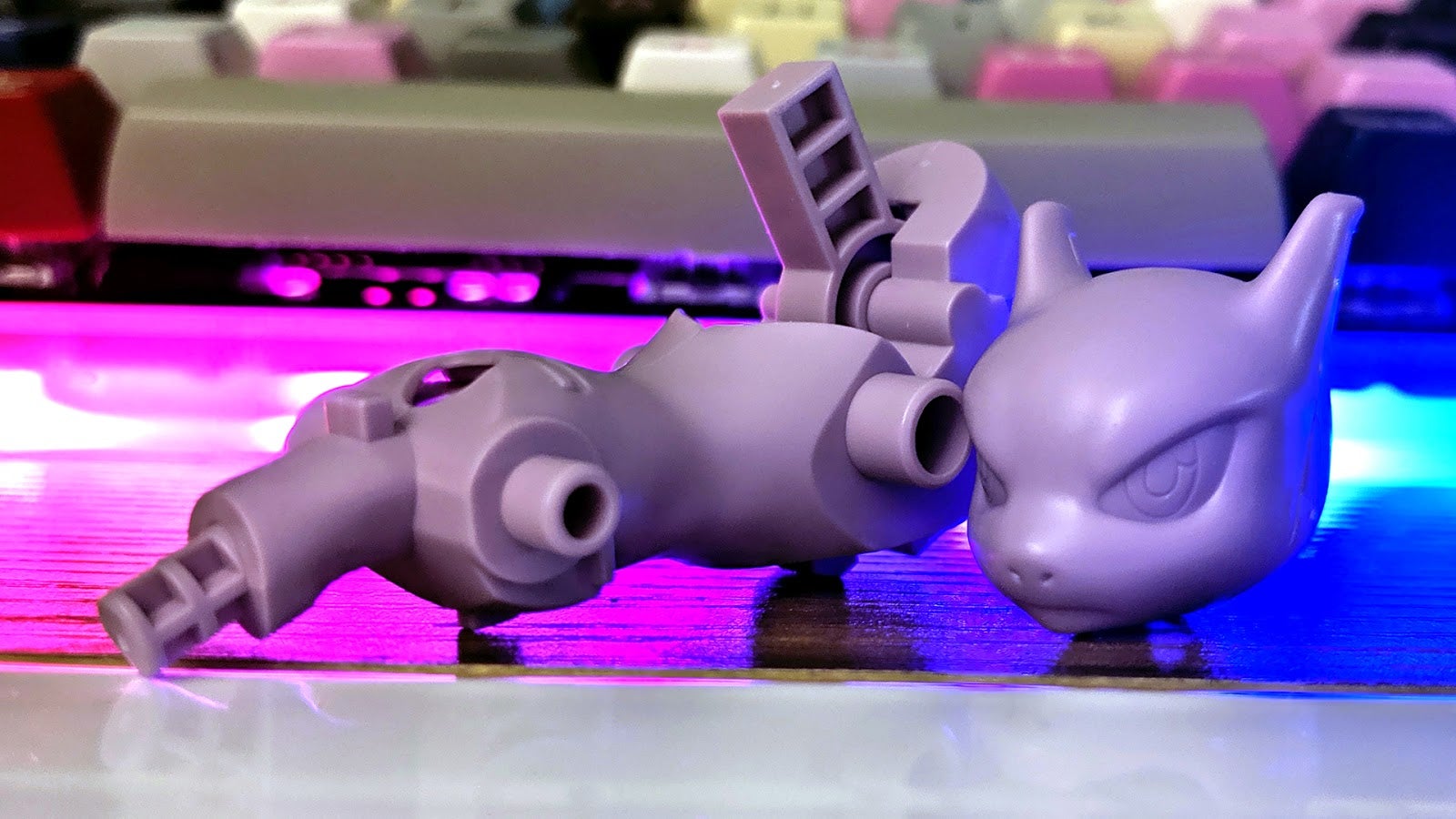 There are multiple moving parts at play within Mewtwo. The idea is that, once assembled correctly, folks can move its tail in order to raise and lower its right arm, as if it’s about to attack. 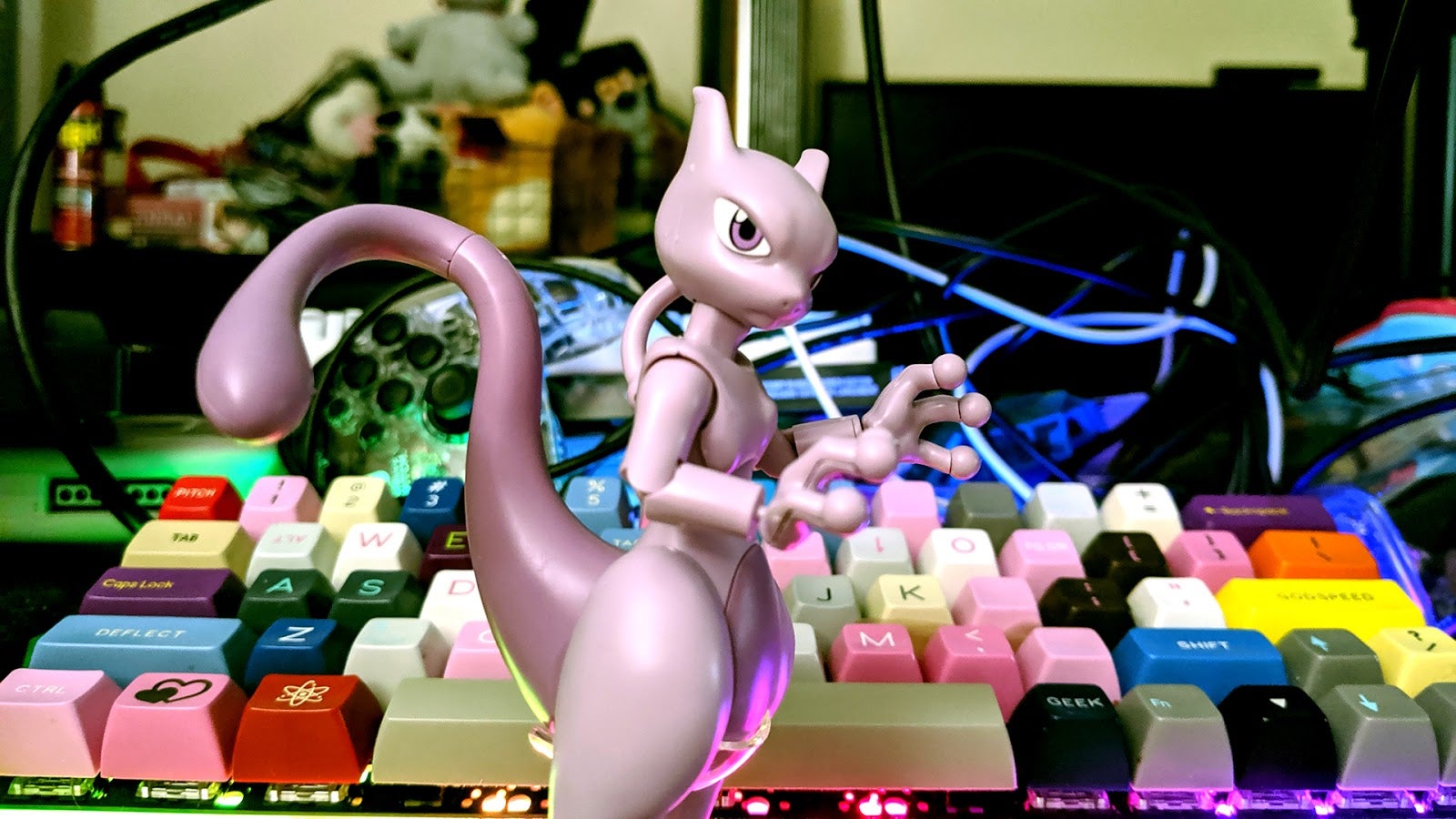 Mine does not do that. I know what I did wrong. Eventually I will take the figure apart and fix it. Mewtwo still looks very cool, even if his arm does not rise. Especially when it’s riding its transparent stand next to its smaller, fluffier counterparts. 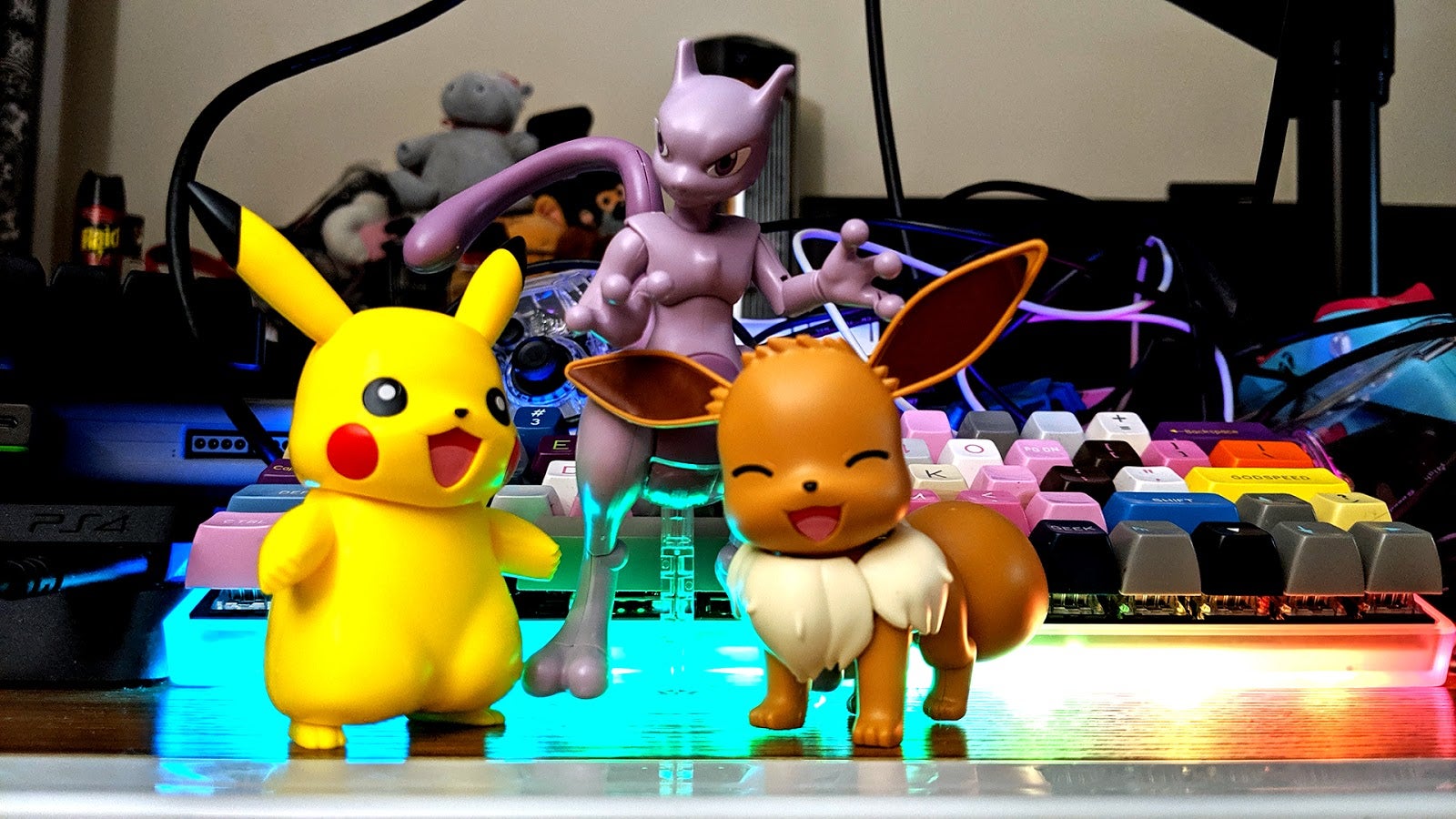 Assembling Bandai Spirits Hobby’s Pokémon models kits was a lovely way to spend an hour or so. I turned on some Netflix, had a glass of adult beverage, and leisurely snapped my Pokéfriends into place. Hopefully the good memories will outweigh those of dead-eyed decapitated pocket monsters on my desk. 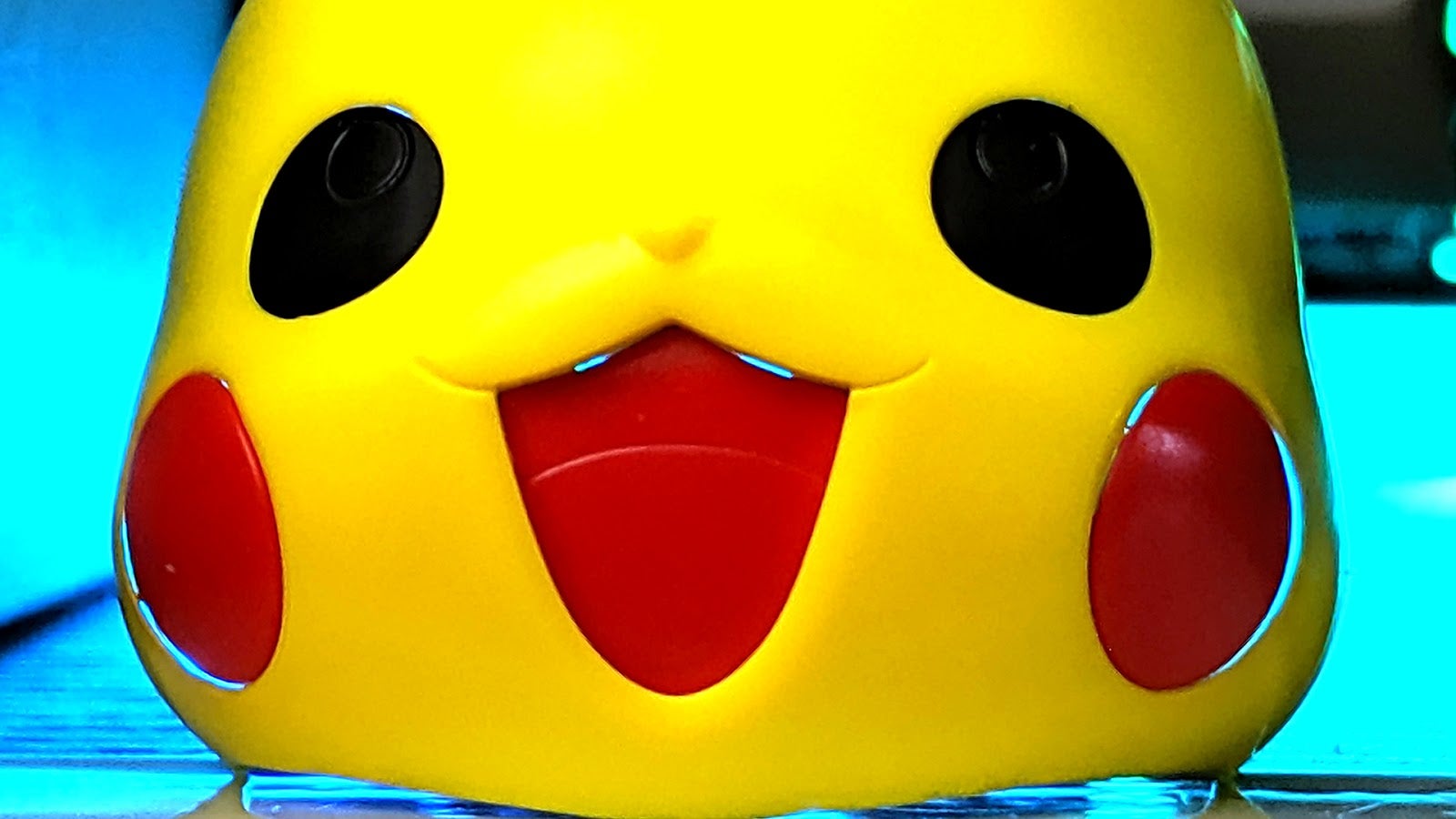