When Tyler the Creator accepted an award for Best Rap Album for Igor during last night’s 62nd annual Grammys, he was joined on stage by his mother, longtime friend and collaborator Jasper Dolphin, and Jasper’s Nintendo Switch. “I was playing Pokémon”, said Jasper on Twitter. Fair enough.

It’s not like he could have just left it on his seat. Getting your Switch swiped after putting hours into Pokémon Sword or Shield or Let’s Go, Pikachu would be a tragedy. Look how happy Jasper is hanging with Tyler up on stage. Now imagine that grin replaced with the sudden realisation that he left his Pokémon behind. The man would likely be crushed. Let him be happy. 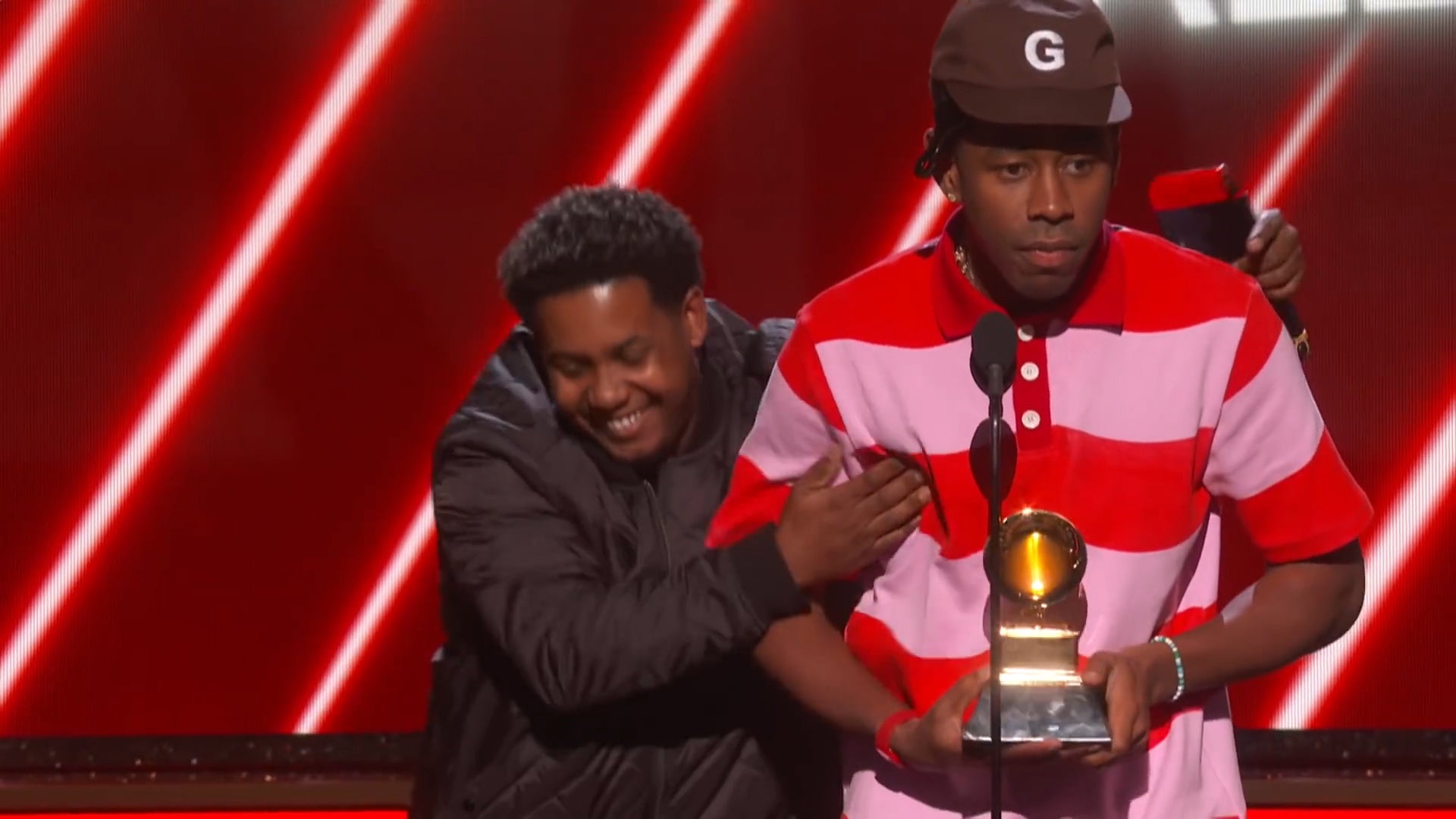 It’s not like anyone noticed, anyway. Maybe us. And Reddit. And a lot of people on Twitter. OK, everybody noticed, but we noticed proudly. Gamesters represent, and if you represent on stage at a major annual award show, having your Joy-cons match the backdrop is always a smart idea. Congratulations to Tyler the Creator on his win, and Jasper Dolphin for keeping his pocket monsters close.