The Best Dreams Creations So Far

Dreams is a strange and wonderful game. It gives players the power to create anything they can imagine — and what they’ve imagined so far is awesome. Here are a few of the most impressive creations in Dreams.

Super Mario 64 is an iconic platformer, and a favourite of many. It was never going to be long before Dreams fans attempted to replicate it, copyright issues be damned. This creation by BranchingZebra is the cream of the crop, and recreates Peach’s castle and multiple different levels inside the castle. The entire thing looks extremely polished and it’s clear the creator put love into every polygon. Just don’t tell Nintendo about it.

This Dreams creation by SynthX is an accurate reproduction of the look, feel and action of the Naruto Ninja Storm fighting games. While character models appear a bit blockier, this creation mirrors every frame of Naruto’s ninja attacks down to the correct camera placements and move impacts. There’s even a good attempt at integrating the fonts and interfaces from the original game, which just shows how much attention and detail has been put into this creation.

Dreams creator THE_ARCH1TECT must be a wizard. That’s the only explanation I can think of for the level of detail in this Dreams creation. Rather than focus on gameplay, ‘Full Beech Breakfast’ is a hyperrealistic depiction of a breakfast plate filled with eggs, bacon, mushrooms and more. The egg shines and the bacon shimmers. It looks good enough to eat. The amount of patience and skill needed for this creation is crazy.

Crash Return To The 10th Dimension

One of the best things about Dreams is that budding developers are able to reimagine their favourite franchises with the game’s simple tools. This creation by milbox takes the classic Crash Bandicoot formula, and mashes it up in Dreams. It’s got great platforming, a wide open world and as always, a heap of boxes to break. While there is some understandable jank, overall, it’s a fantastic achievement and really shows off the capabilities of Dreams as a games engine.

‘Shifting Islands’ is an original level created by SlurmMacKenzie, and features a fuzzy Rayman-like ball as it traverses a sky filled with rock formations. It’s clearly inspired by classic platforming games, and also features a great new mechanics where obstacles disappear and reappear with every jump. You can also collect power-ups that change the ball’s appearance. It’s cute and importantly, very well-designed.

At this point, Dead Space 4 won’t ever come out, but if you’re still waiting impatiently for the return of the space horror franchise, maybe Dreams can help. This creation by CoTy-Y replicates the spooky space aesthetic of the Dead Space series with a run through a dark space station. Horrors jump out at the player at every turn, and it does a great job of implementing existential dread and jumpscares. Play this level with your butt clenched firmly.

The Eternity House is an original horror creation by HandsomeFiend that operates as a first person, walking simulator. Unlike many other Dreams creations, it relies heavily on narrative, and it’s so much creepier because of it. The Eternity House focuses on the disappearance of a boy, and a tense trip through a very haunted house. The whole thing can be played through in about 15 minutes, but in that time it really shows off how Dreams can be used as an effective storytelling tool.

‘SONIC FUTURE’ by MAKI360 reimagines Sonic as a platformer with gem collecting, but it totally works. The two levels completed so far are gorgeous, detailed and handle well. While Sonic doesn’t quite go fast here, there’s some really cool platforming elements and a great level of detail. One thing that Dreams excels at is whimsical platform games, and ‘SONIC FUTURE’ definitely fits the bill.

You can’t buy the original version of Kojima’s P.T. horror game anymore — but what you can do is play this great recreation, fully designed in Dreams. It’s tense, spooky and totally fantastic. It’s a great homage to a game that was set to change video game horror forever before it was sadly cancelled.

Dreams really is a great tool for those looking to start their own adventure in game development. There are a huge range of tutorials to choose from, and it’s easy enough to learn. Having said that, it is difficult to master and the skill shown off in the Dreamiverse so far is absolutely mind-blowing.

If you spot any great levels in your travels, feel free to share them in the comments below!

Some more of our favourite Dreams creations

If someone ever asks you to explain what exactly the Dreams experience is like, at least now you can say it's the game where someone remade Fallout 4 in it.

Red Dead Online is a game that has improved a lot since it first launched back in late 2018. But it still has some issues. One of the most annoying is how often players get kicked from the game, often randomly with no warning. Someone recreated that experience in Dreams.

Made In Dreams, This Is What Cyberpunk 2077 Would Like If It Was Released On The PS1

Cyberpunk 2077 is shaping up to be a big game with some incredible visuals that will probably end up pushing current-gen hardware pretty hard. But what would Cyberpunk 2077 look like if it was released back in the 90s for the original PlayStation? Well, someone used Dreams to give us the answer and it looks rad. 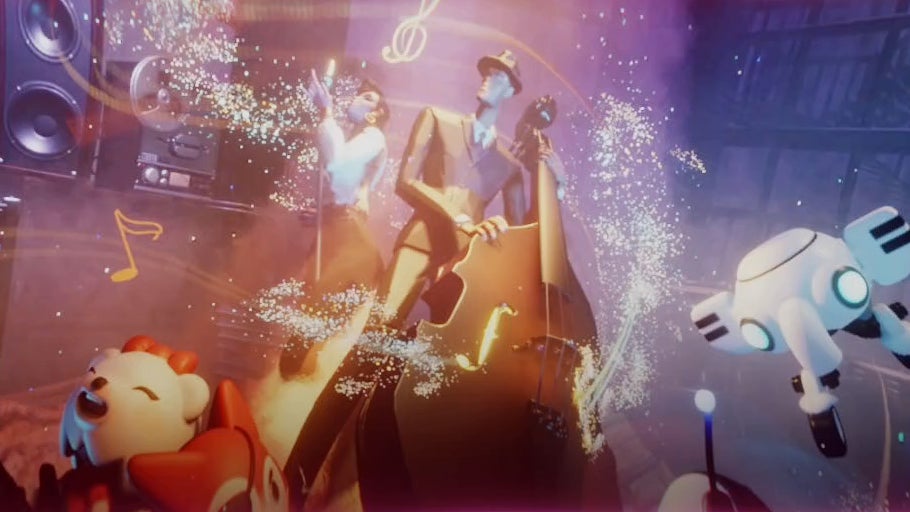 Art's Dream Is A Stunning Showcase Of What's Possible In Dreams

Art’s Dream, which was created by Media Molecule to demonstrate the versatility of PlayStation 4 creation tool Dreams, is a two-hour point-and-click adventure, platform puzzler, brawler, side-scrolling shooter, vehicle shooter, and more. All that, plus it’s got four musical numbers.

This Impressive-Looking Wipeout Inspired Game Was Built In Dreams

Creators continue to make amazing things in the PS4 game creation tool, Dreams. The latest creation to catch my eye is an incredible futuristic racer inspired by the popular Wipeout games.

There’s plenty of games about fighting and hunting monsters, but not enough games about being a monster and smashing things up. Thankfully there’s Dreams, the incredible creative game that’s led to everything from serialised puppet shows to playable Final Fantasy VII Remake battles. Some intrepid Dreams players have even teamed up to make the perfect giant monster simulator.