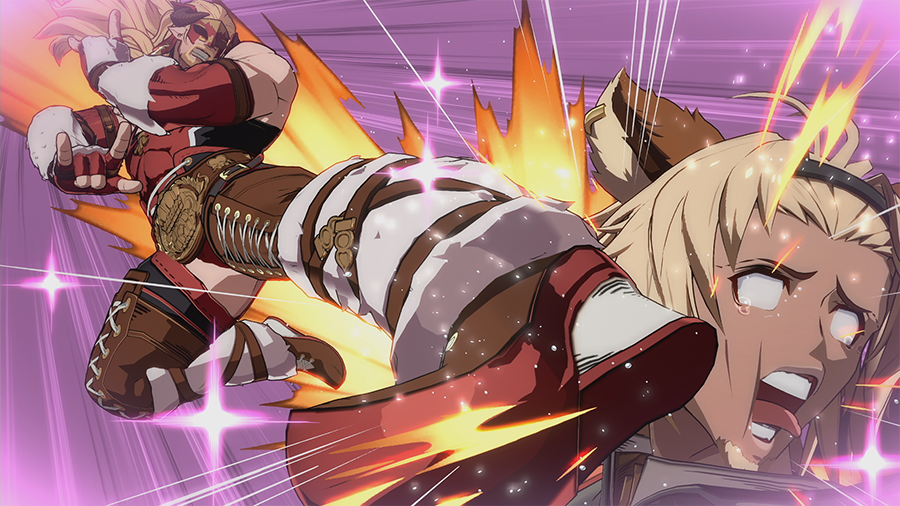 Granblue Fantasy Versus, the fighting game spin-off of the popular Granblue Fantasy mobile role-playing games, is now available in Japan and nearby regions like Singapore and Hong Kong. In addition to labbing out character matchups and strategies, folks have also found a neat glossary feature in the game’s menus, one that might alleviate some of the more jargon-y aspects of learning the genre.

Take it from someone who has been playing for, oh god, decades at this point: fighting games are hard! Inexperienced players can often be overwhelmed by foreign mechanics and systems, but another large barrier to entry has to do with slang. Fighting games often describe simple things like normal and special attacks, but they rarely explain the more informal terms that have been largely developed by the competitive community over several years. As such, conversations between experienced fighting game players can often sound like a completely different language when someone is just starting out, which can be super alienating.

I really really appreciate that Granblue Versus's glossary has an entire section that has nice concise descriptions for general fighting game terminology & isn't afraid to really delve into it. pic.twitter.com/N36AR9WLWa

Fighting game developer Arc System Works has a long history of providing context for this informal lingo in games like Guilty Gear and BlazBlue, and it continues this tradition with Granblue Fantasy Versus. Screenshots shared by Twitter user HDKirin show that the game features an extensive glossary section explaining a bunch of fighting game-related terms. Ever wondered what “meaty” attacks are? Or how to perform a “tick throw” or “tech trap?” And what constitutes “okizeme,” a word borrowed wholesale from Japanese? Versus has you covered, with each entry featuring a detailed and clear explanation of the technique.

Like many fighting games before it, Granblue Fantasy Versus has been marketed as the perfect entry point for someone inexperienced with the genre. It features simplified, Smash-style inputs for specials, a block button, and a skill cooldown system reminiscent of League of Legends or Overwatch. While these are all well and good, the glossary might just be the most important tool for helping newcomers through the frustration that often comes with picking up a new fighting game. Hopefully, being equipped with the necessary slang will go a long way towards helping beginners feel more connected to the fighting game community as they learn the ropes.