Mario Fans Are Convinced The Iconic Plumber Is Dead

Mario and Sonic have teamed up for the Olympic Games nearly every year since 2008, but all good things must come to an end. Mario has seemingly been chopped from the franchise's latest game, leaving Sonic to to take the reigns.

While Sonic and Mario technically appeared together in 2019's multi-platform Mario & Sonic at the Olympic Games Tokyo 2020, this year's tie-in mobile app, Sonic at the Olympic Games has left the titular plumber by the wayside. The reason for the sudden divorce is unclear, but it does add another sad loss to Mario's Olympic record — in 2017, he failed to make the shortlist for Tokyo 2020 Olympic mascots. Now, he's been cut from his own franchise.

The app features many of the same events as the mainline console titles, including hurdles, badminton, fencing and long jump alongside a new story mode — but no Mario. The split is not going down well online, with reactions spiralling.

While you could argue that Sonic has a movie to promote, Mario has not missed an Olympic outing since the franchise first began, and remains the more popular of the duo. Many Twitter users also suspect that something more sinister is afoot. Nothing would keep him away from the Games.

Could it really be true? And if Sonic has so readily stepped into Mario's shoes, could he be involved in some way? Perhaps the Tokyo 2020 Olympics will be darkened by Sonic's impending murder trial. Only time will tell.

Sonic at the Olympic Games is open for pre-registration now, and will be available on iOS, Android and Amazon devices. 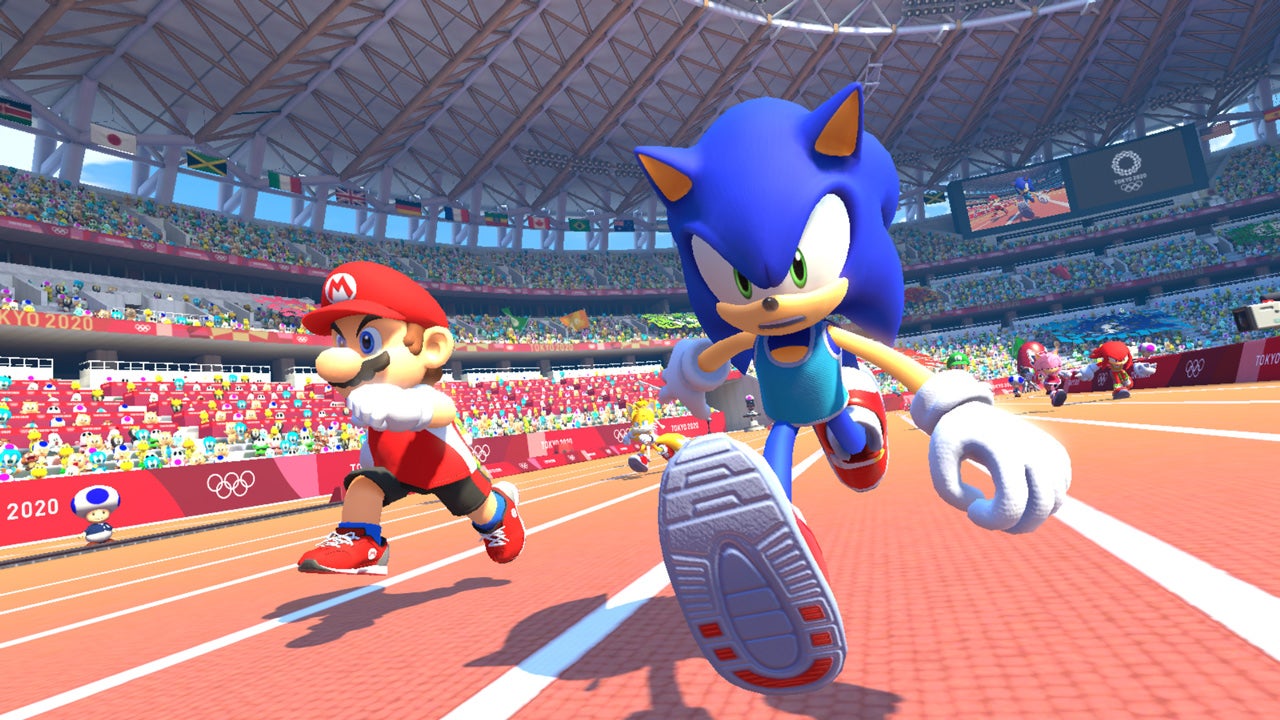 Mario And Sonic At The Tokyo Olympics Has Lots Of Fun Events, Few Ways To Play Them

The latest instalment of Sega and Nintendo’s Olympics crossover series takes Sonic, Mario and friends to Tokyo to compete in more than 30 summer sports mini-games. There’s a single-player story mode, online and offline play of single events, and that’s about it. No online or offline tournaments, no creating custom event playlists. Just pick and play. As charming as Sonic and Mario at the Olympic Games Tokyo 2020 is, it could use more ways to play.