The Weirdest Part Of The Sonic Movie Is A Giant Owl

There are some weird moments in the new Sonic The Hedgehog film, released this week. Like, a strange and totally forced Zillow ad during one early scene in the film. But the weirdest moment happens right at the start of the film and involves a new character not seen in the Sonic games.

If you haven’t seen the new Sonic film and don’t want to be spoiled by the opening minutes being revealed, leave now. I won’t judge you.

So the new Sonic film opens with a beautiful world that is heavily inspired by old Sonic levels, specifically the Green Hill Zone. Sonic is zipping around this island paradise as a baby. Yes, another baby. Add it to the list of pop culture babies, alongside Baby Yoda and Baby Mr. Peanut.

Eventually, Sonic comes home, which is a small hut on top of a forested hill and inside that hut is a giant, photorealistic owl. Which…was a bit odd. Then the owl started to talk and it had a name, Longclaw and it was like a parental figure and mentor to Sonic.

All of this was a little overwhelming. I looked over at my girlfriend, to see if she remembered a large, talking owl called Longclaw from the Sonic games. Instead, she was looking at me, trying to figure out the same thing. Someone recorded the opening scene involving Longclaw, but odds are high this will be gone sooner than later.

This is a new character created just for this film. With as many characters as the Sonic franchise has, it seems odd to create a whole new one. Even odder to make that new character a photorealistic owl. 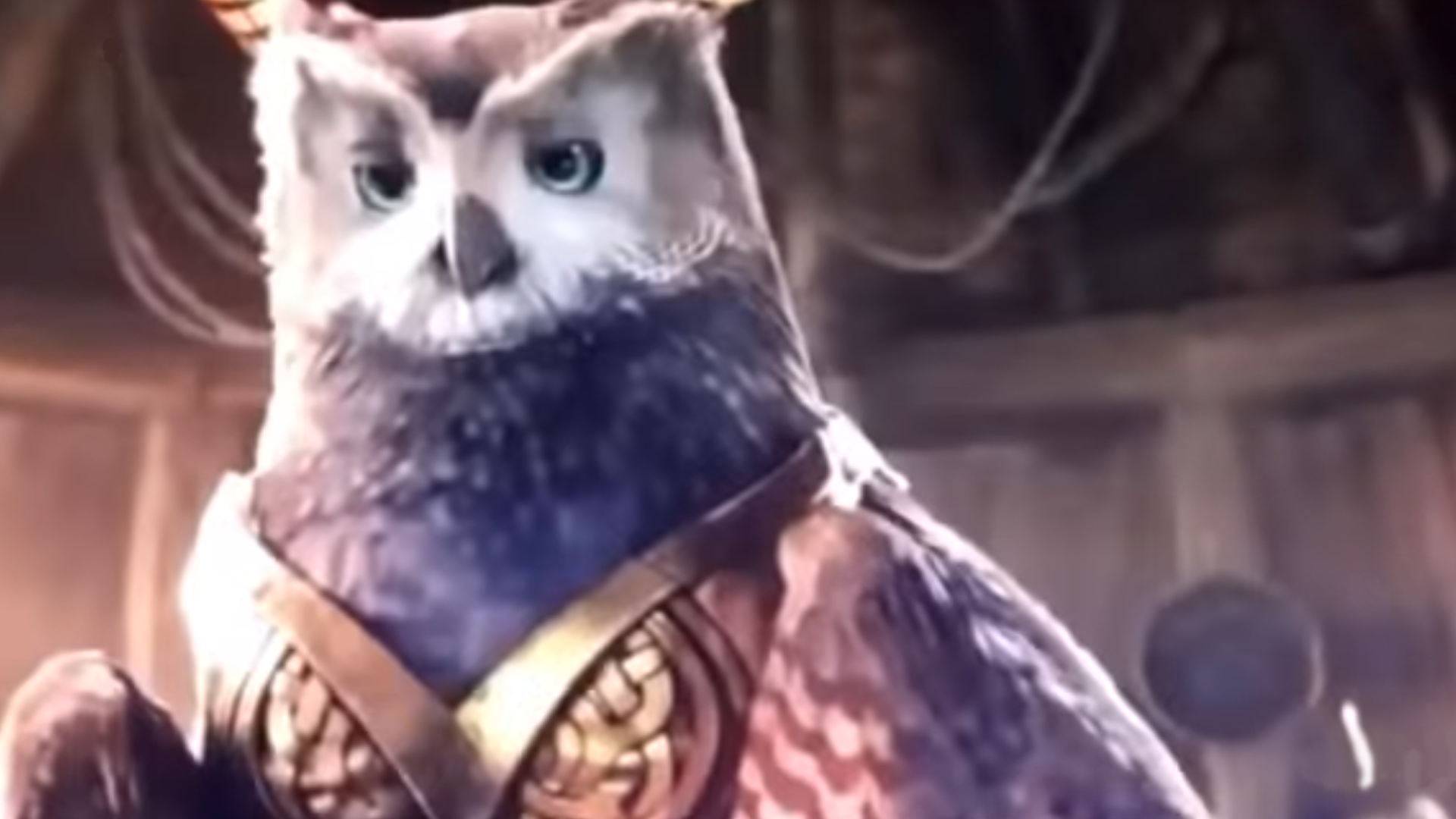 One of the best images of Longclaw I could find on the internet.

This large owl also carries a pouch of magical, golden rings. If tossed into the air, these rings can create a temporary portal to a new world. This is used moments after meeting Longclaw because Sonic has accidentally revealed himself and his speedy powers to a bunch of enemies who all look a lot like Knuckles wearing masks.

The enemies chase Sonic and Longclaw, who carries Sonic in their large feet and flies away. And then Longclaw gets shot with arrows. A few arrows. On-screen. It was, uh..not what I was expecting in a kids’ movie about a cartoon hedgehog.

Longclaw tosses a magical ring and Sonic escapes to Earth and the last we see of Longclaw they are holding the line against the attackers. Did Longclaw live or die? I have no idea. But it was a strange way to start a film that never gets as weird as that for the rest of its runtime.

I overall enjoyed the Sonic film, more than I expected. The kids in our theatre also enjoyed it a lot. How many of them cared about Longclaw, I don’t know. But if you were wanting a giant owl to get shot with arrows in the Sonic movie, congratulations! Your weird and specific dream has come true.