Call Of Duty: Modern Warfare Gets A Knock-Off Tamagotchi 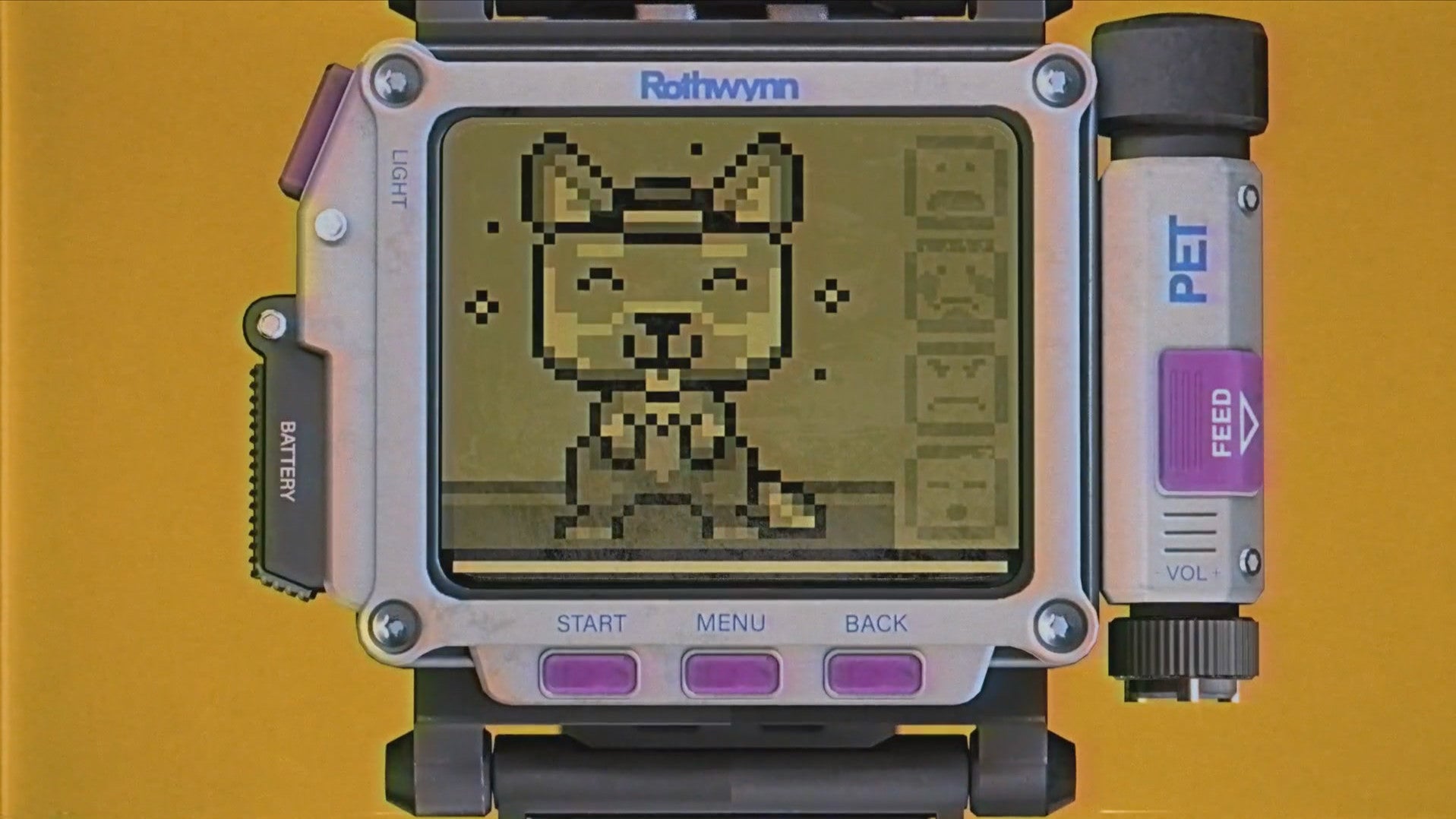 Of all the things they could have added to Call of Duty, a Tamagotchi-style virtual pet is not one that I would ever have imagined. And yet, here we are. Call of Duty gets needy virtual pets in this week’s Modern Warfare store update, testing a player’s ability to multitask killing while caregiving.

The Call of Duty community was really hoping this week would bring official news or a trailer to announce the leaked and teased “Warzone” battle royale mode. Instead, players have the option to buy a digital pet called a Tomogunchi. The star of many a “remember the 90s” retrospective, the Tamagotchi was a tiny, handheld device with a black-and-white LCD screen that started you with an egg to hatch, and then you had to train and care for the pet’s constant needs as they evolved. They were needy little guys hellbent on giving you a guilt trip if you ignored them for too long.

The Tomogunchi watch in Modern Warfare comes in a dinosaur and dragon-themed bundle at 1000 COD Points, or $US10 ($15). To use and evolve your pet, the watch must be equipped from the Watch Select menu under the Weapons tab.

The egg will eventually crack on the watch screen to hatch your pet during a match. Pressing Up on the D-Pad (or the Up arrow on PC) will allow you to select the “Watch Interact” action, which lets you view your watch in-game to check on your hatchling.

The Tomogunchi watch is a more simplistic version of the 90s pet. You don’t have to train your hatchling not to poop everywhere, but good luck trying to constantly check your watch to ensure your pet is happy and well-fed. Any needs or emotions are satisfied by your performance in-game. Your pet is kept alive and happy by your ability to get kills, objective points, killstreaks, and wins. If you’re getting stomped by the other team and performing poorly, your pet will likely become sad and die. There is also a growth metre below your pet to aid in evolving them, which seems to fill faster if you’re constantly checking your watch.

I told myself I wouldn’t buy any COD Points for silly cosmetics, but nostalgia hit me hard as I remembered my own virtual pet from my childhood, a knock-off Tamagotchi. It was a Dalmatian puppy that often died in the middle of the school day, or made sounds from my backpack that got me in trouble more times than my mum ever knew about.

The Tomogunchi egg takes a while to hatch, despite all my kills and capture points. I’ve yet to fully evolve what I assume is supposed to be a dragon pet. Long matches of Ground War might be the best place to evolve this round, digital blob whom I have named Toasty. I hope he evolves into a fire-breathing beauty that the Mother of Dragons would be proud of.