In Hell, All Fonts Are The Size Of Doom Eternal’s

For some reason, I thought we were finally starting to turn a corner on tiny fonts. More and more games that launched with them were also getting patches to fix them. The Outer Worlds even got its font-size update updated.

But now Doom Eternal is here, and despite adding twice as many types of demons as the 2016 game, it’s carried over one of that game’s worst sins: tiny menus, subtitles, and tutorial prompts that are pretty much unreadable unless you have your face smooshed up against the screen. The game is not prone to subtlety. There are secret collectibles literally marked by giant, glowy question marks. Meanwhile the descriptions for which weapon mods make explosions and which up your rate of fire read like an Infinite Jest footnote. Come on Doom Eternal, you had four years!

This is what it looks like when a button prompt pops up. 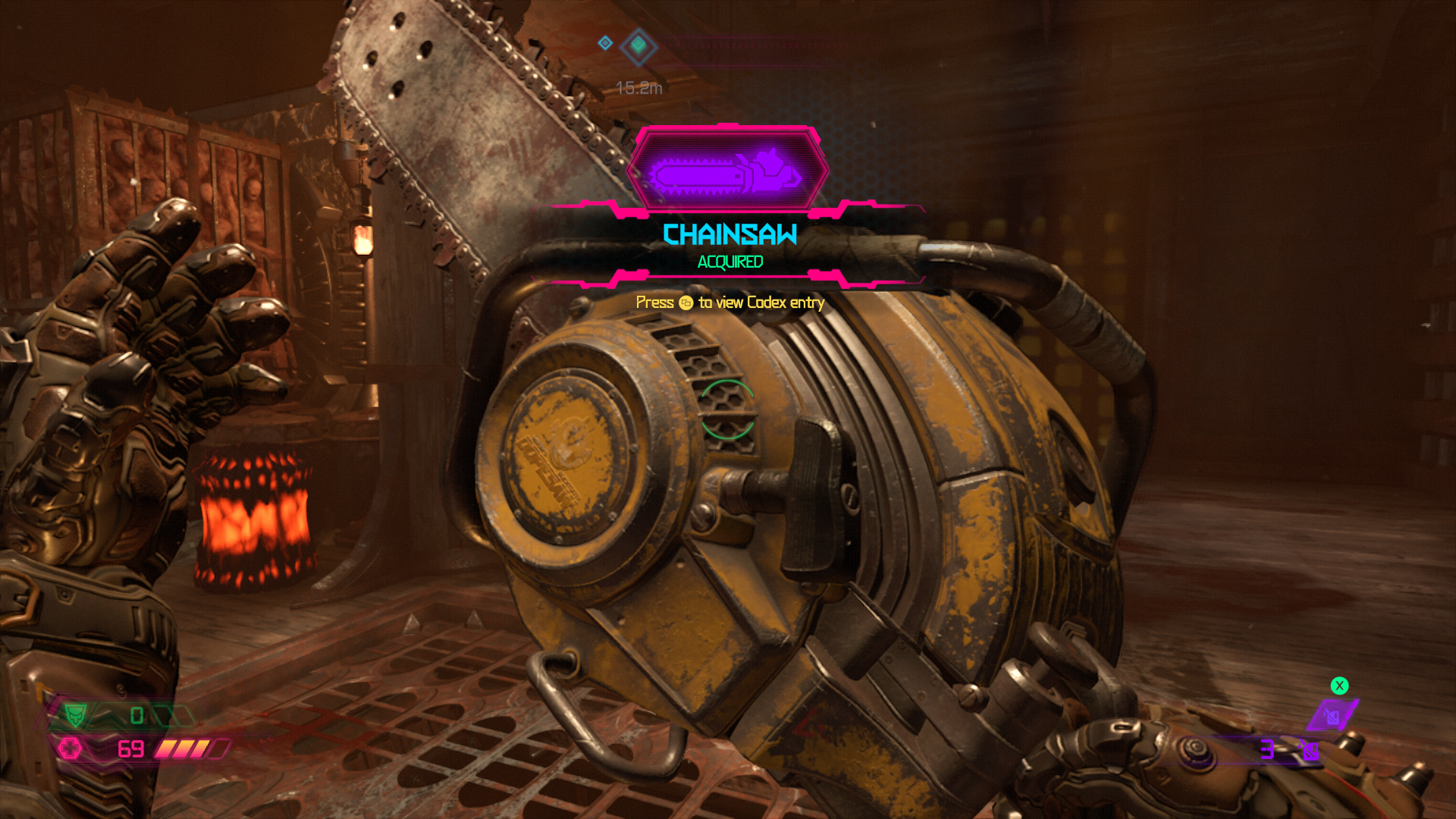 And this is the pool of white smudges you need to pick apart in order to read about your loadout. 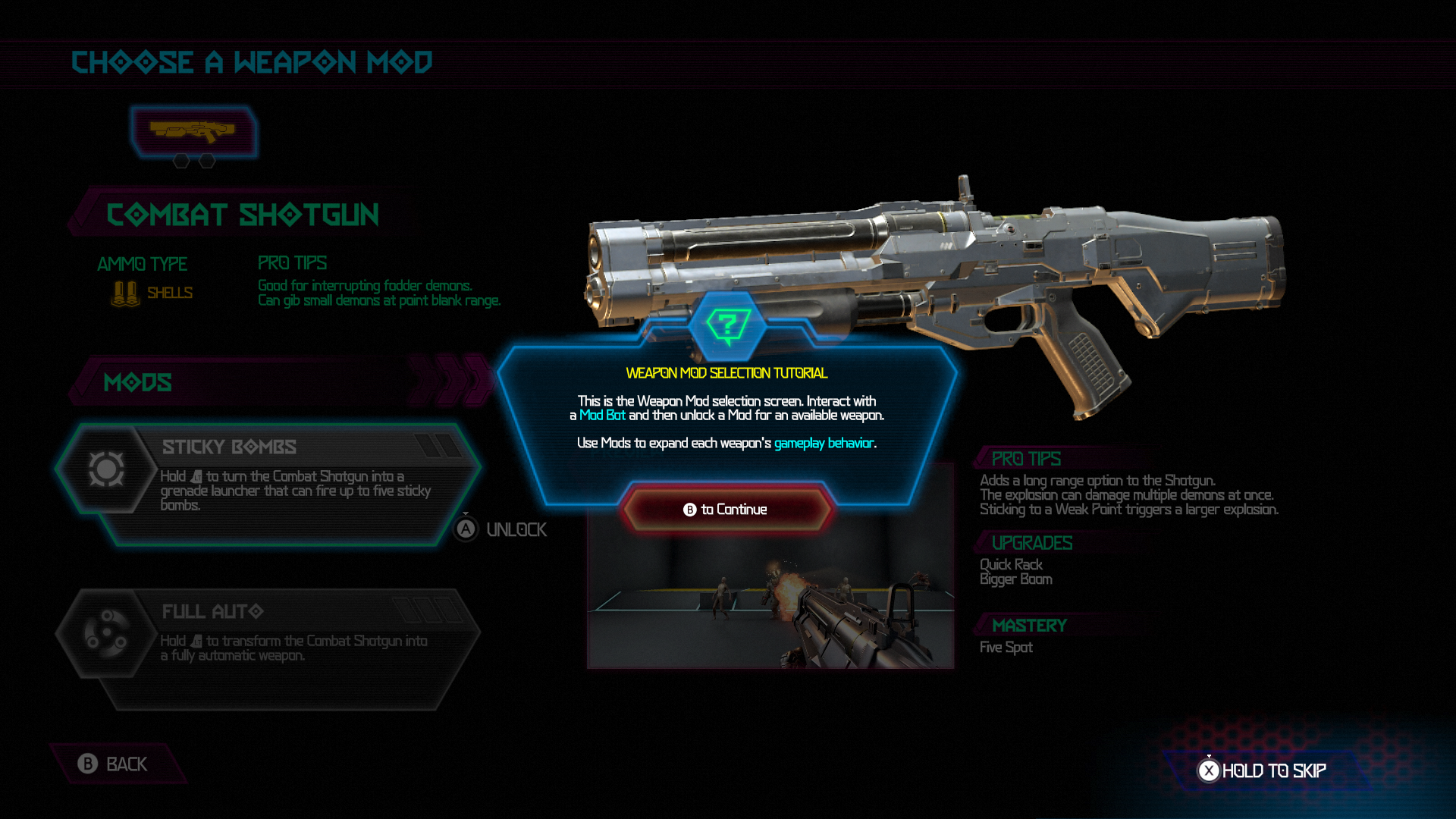 Finally, did you want to learn more about all the new enemies in the game and the half dozen ways you can brutally disfigure them? Reading’s not the most important thing in Doom. The most important thing in Doom is moving fast and making squishy things go splat. And yet, try as it might to channel the simple, unadulterated action of classic first-person shooters, Doom Eternal is a modern game coming out in 2020 and thus a game with plenty of words. Some of these words pop up in the middle of some really intense shit. Not being able to quickly make sense of them and then file them away breaks up the flow.

Or maybe they’re simply another obstacle to be navigated on the road to bloody redemption. Bloody because of all the dead demons. And also my eyes. My poor, poor eyes.