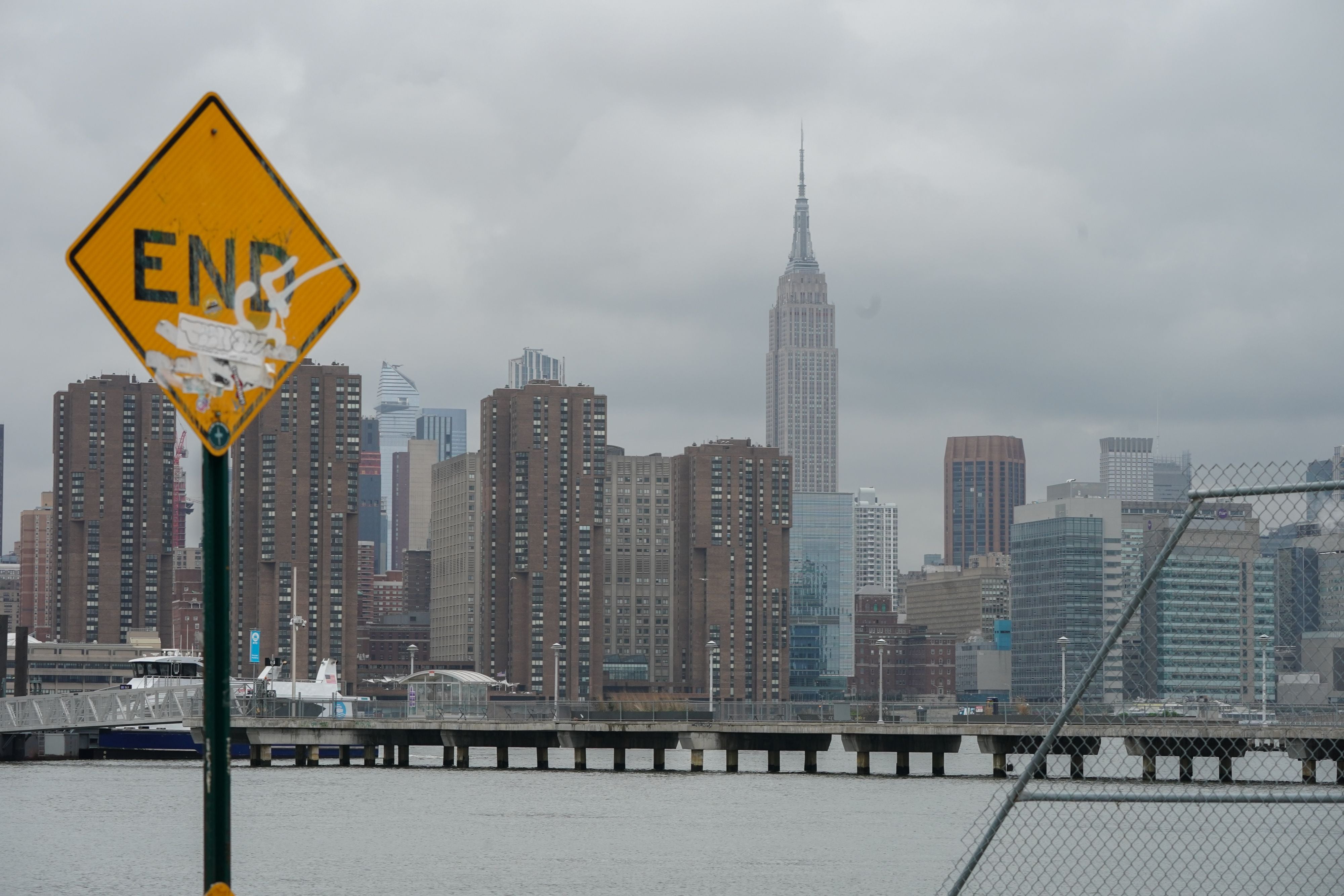 New York City, March 25, 2020 (Photo: Bryan R. Smith / AFP, Getty Images)
To sign up for our daily newsletter covering the latest news, features and reviews, head HERE. For a running feed of all our stories, follow us on Twitter HERE. Or you can bookmark the Kotaku Australia homepage to visit whenever you need a news fix.

I usually check the news on my computer or my phone, but sometimes I’ll tap the New York Times app on my iPad, which is old and slow and prone to displaying headlines from several days ago. Those headlines linger for several confusing seconds before the ones for the current day materialise. This past Saturday, March 28, it initially loaded March 10th’s front page: “Coronavirus Updates: Lockdowns, School Closures and Anxiety … the number of cases in the U.S. surpassing 700.”

Seconds later, the news for the 28th snapped into place: the number of U.S. cases had surpassed 100,000.

So much of what has seemed extraordinary over the past half-decade feels banal compared to what we’re living through now, as extraordinary moments occur by the minute. We’re in one of those global disaster movies, at the moment when the whole world realises a meteor is going to bullseye the planet. We’re learning what we would do, how we would feel, who we would call, and we’re seeing how well—and how poorly—our leaders would react.

How strangely time now seems to move. Each day is dizzyingly fast, but each week is so long. There’s a rush of news, the dawning discovery of family or friends or friends of friends who feel sick, who don’t know, who are worried. My days—working from home, splitting childcare of toddler twins with my working wife—are a marathon, the end of each week now unfathomably far away. I feel unmoored. When will the worst come? When will we know? And when will anything like normalcy resume? Weeks? Months? A year?

Our disaster is paradoxically sweeping and subtle. It’s a fight against a virus in which our best defence is distance, in which literally every person on the planet can help by avoiding others, in which nearly overnight, the notion of going to a restaurant or a movie theatre became the stuff of nostalgia (well, at least to those of you who didn’t have twins in recent years; for those of who did, that stuff was already a fading memory).

No place and no part of life has been untouched. My email inbox is a proof of that: there’s an alert from my alma mater that commencement is cancelled, a note from our paediatrician that if our kids are sick, they’ll need to do a virtual visit. Tax day is delayed three months. The Olympics got kicked back a year.

Here in our corner of interest at Kotaku, we’ve seen our own version of the unthinkable on a daily basis: the postponement of the Game Developers Conference, the cancellation of E3, the dangerous delay of caution by the country’s biggest gaming retail chain. The makers of Star Wars Battlefront II cranked up players’ rewards to encourage them to play more at home. The developers of Final Fantasy XIV started sparing people from virtual evictions. I even saw players on the Ghost Recon Breakpoint subreddit express happiness for a moment. That nearly floored me. It helped that the notoriously damaged game received a massive downloadable improvement patch this past Tuesday and that the game’s players recognised that people who made it had worked to provide it during a pandemic. 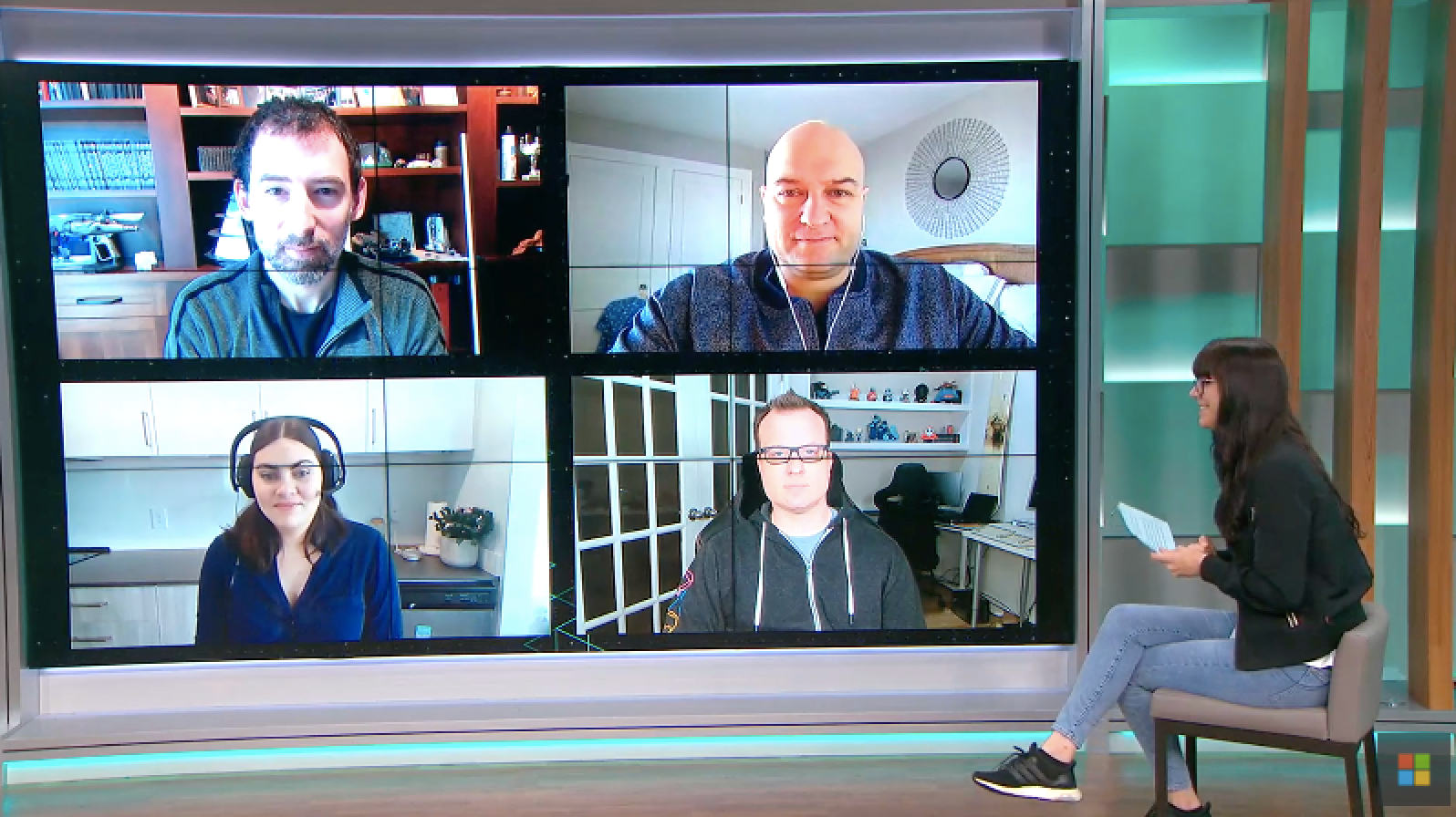 A panel originally scheduled for this year’s Game Developers Conference conducted instead via remote video chat.

An epoch ago, on March 18, I tweeted a question asking how the spread of coronavirus was impacting how people played and make games. I knew, of course, that gaming was having a weird moment. As other industries collapsed, gaming was increasing. How many better things were there to do with all those hours cooped up inside? My buddy Josh Fruhlinger, who runs a data-crunching website called Thinknum, had been sending me charts about increased Twitch usage and people scrambling to their local GameStops before they’d be shut down.

I heard from a reader named Mark who was struggling to distract himself by playing the fanciful Xbox game Ori and the Will of the Wisps. He liked the game, but it wasn’t providing enough distracting relief. “Video games aren’t so much an oasis in the desert as a glass of lukewarm tap water in Hell,” he said.

The game developer Nick Popovich, who runs the 16-person studio Monomi Park, told me that his team had transitioned to working from home and that he knew that as hard as his employees tried to work, they invariably would not be able to get as much done. He was fine with that. “We know that in this current reality that we should expect much less than 100% from our team,” he told me. “Not because of logistics, but because family and personal health must come first at this time.”

I checked in with him six days later to find out how things were going. We agreed that it felt like a lifetime since we’d communicated the week prior. “I think we’ve adjusted OK to the day-to-day development stuff,” he said. “But I already miss seeing everyone.” He reminisced about interacting in person with his team. “You miss saying good morning to people as they walk in the door, sharing meals, and sharing the little victories and failures you have throughout the day,” he said. “Everything feels a little more mechanical now. I see progress being made on our games, but it’s sent in over the wire, not seen over the shoulder. I’m a little old school in that I value that a lot. I like to point at screens.”

My own days have changed to working from home, hours shifted early so I can then take over care for our twins from my wife in the early afternoon. That lets her work for a full shift before we then put the kids to bed and blearily try to work some more. My conversations with colleagues are now peppered with apologies for the sounds of my children in the background. I’m in the middle of talking by phone with one of my bosses, when suddenly my daughter is in front of me, telling me the shirt she is holding “for boys,” and I’m flowing from boss talk to letting my daughter know there’s no such thing. On another call, I inform a colleague that I can’t speak for the next few seconds because I need to blow up a balloon that little hands have just given me. And then I need to inflate another. And another. On a different call, on the other end of the line, I hear a child’s piano practice and hear that she’ll be having a virtual sleepover the following night. 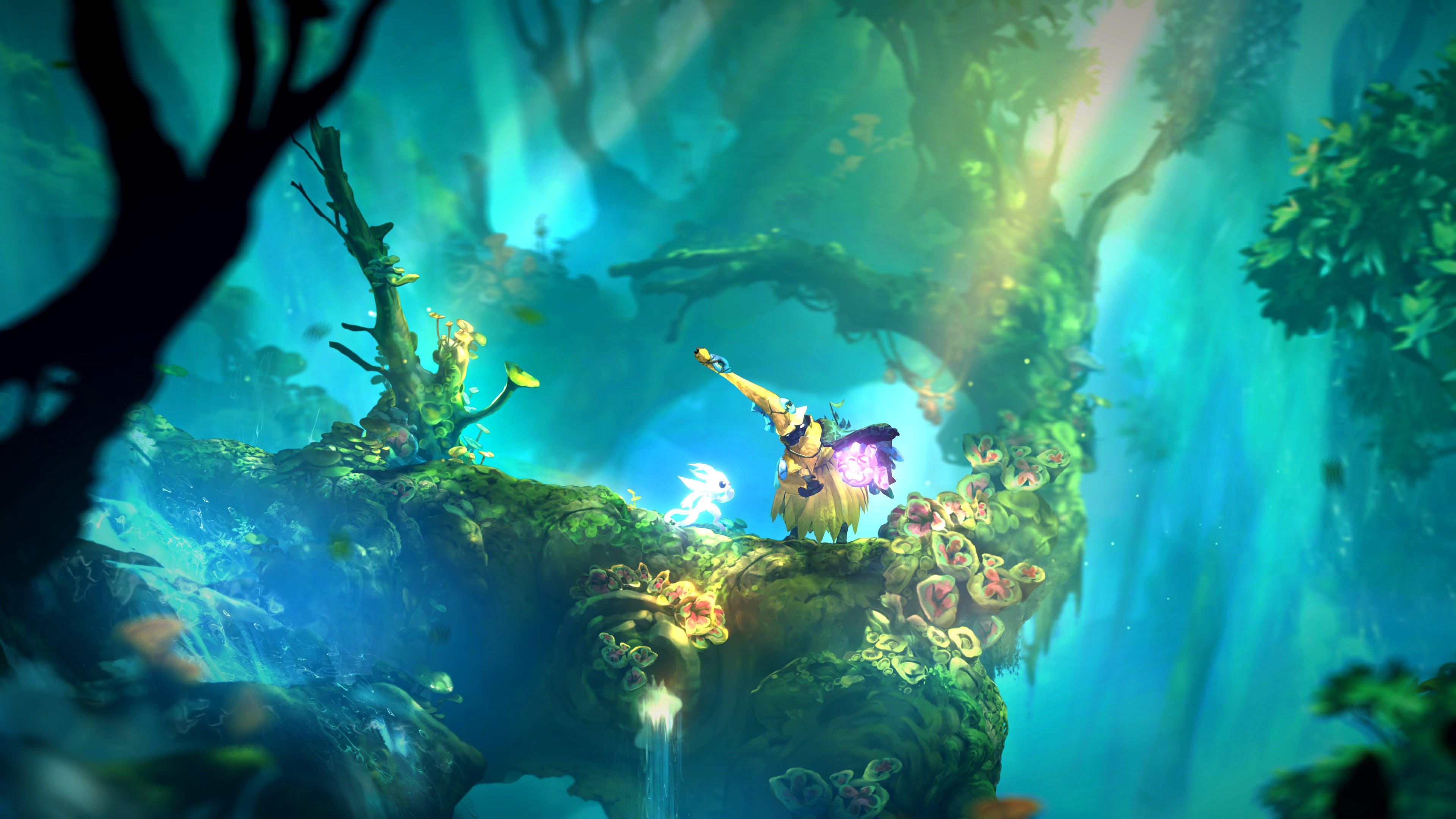 Ori and the Will of the Wisps (Screenshot: Microsoft)

All of this is so radically different than anything I’ve experienced before, though I recognise the privilege inherent in the size of my discomfort. The changes that have rippled through our lives may feel sudden, except that these problems aren’t all that new. Even outside of a pandemic, the stresses of childcare without external support, the worries about capricious disease and death, are common for many people. The President’s callous complacency and his dangerous dismissal of science are not new discoveries. Congress’ preferential treatment for corporations over citizens is numbingly familiar. What they’ve wrought and how they’ve endangered us all are a global horror and a national shame.

This rapid crisis was a long time coming. There had been time to prepare, to get tests, to make more protective gear, to build some god damn ventilators. We all knew, right? Even us over here at the gaming site were publishing warning signs in our own way. In January, our Kotaku East section, which publishes geek news about Japan and neighbouring countries, reported about the postponement of a Chinese League of Legends event and about a Chinese Chun-Li cosplayer treating coronavirus patients.Then, in late February, Kotaku East covered coronavirus xenophobia on the rise in Japan and the decision of a Japanese idol group to penalise fans who didn’t wear sickness masks during the pandemic. There was time. This meteor was spotted far, far away.

How do we measure the timing of recovery, for those of us fortunate enough to live through this? When will we know? I started the new in-game season of The Division 2 recently, and I confess I couldn’t help but wonder what life would be like when the season after is set to begin in July. Should I suspend my hope until September, when my kids are set to star pre-school? Or later? I just got an email StubHub. “Treat your future self,” it reads, and lists concerts in July, August and October. None of those are fathomable right now, and they all feel so far away.

Events are racing by, even as time feels stuck. Thousands are dying, millions are out of work, billions have had their lives changed. On the other side, what will life be like? In the movies, we’d all rally. In reality, I don’t know. On the macro scale, I hope we see the will to take other potential global disasters such as climate change more seriously. On a smaller scale, I hope that we’ll appreciate what can happen in a minute, what our government could do in a week, if it wanted to, and what we the people could do in months.

Maybe time will never seem the same again. Maybe, at least, we’ll learn to use it better.