After two helpings of relatively narrative-free additional content, MUA3 players finally get a new, proper story chapter. As the heroes finalise plans to hide away the Infinity Stones, Doc Doom shows up in Wakanda to steal the Soul Stone, which is exactly the sort of thing he does. After a battle against the evil mastermind, the game’s heroes are teleported to the Negative Zone, where they run into four old friends. 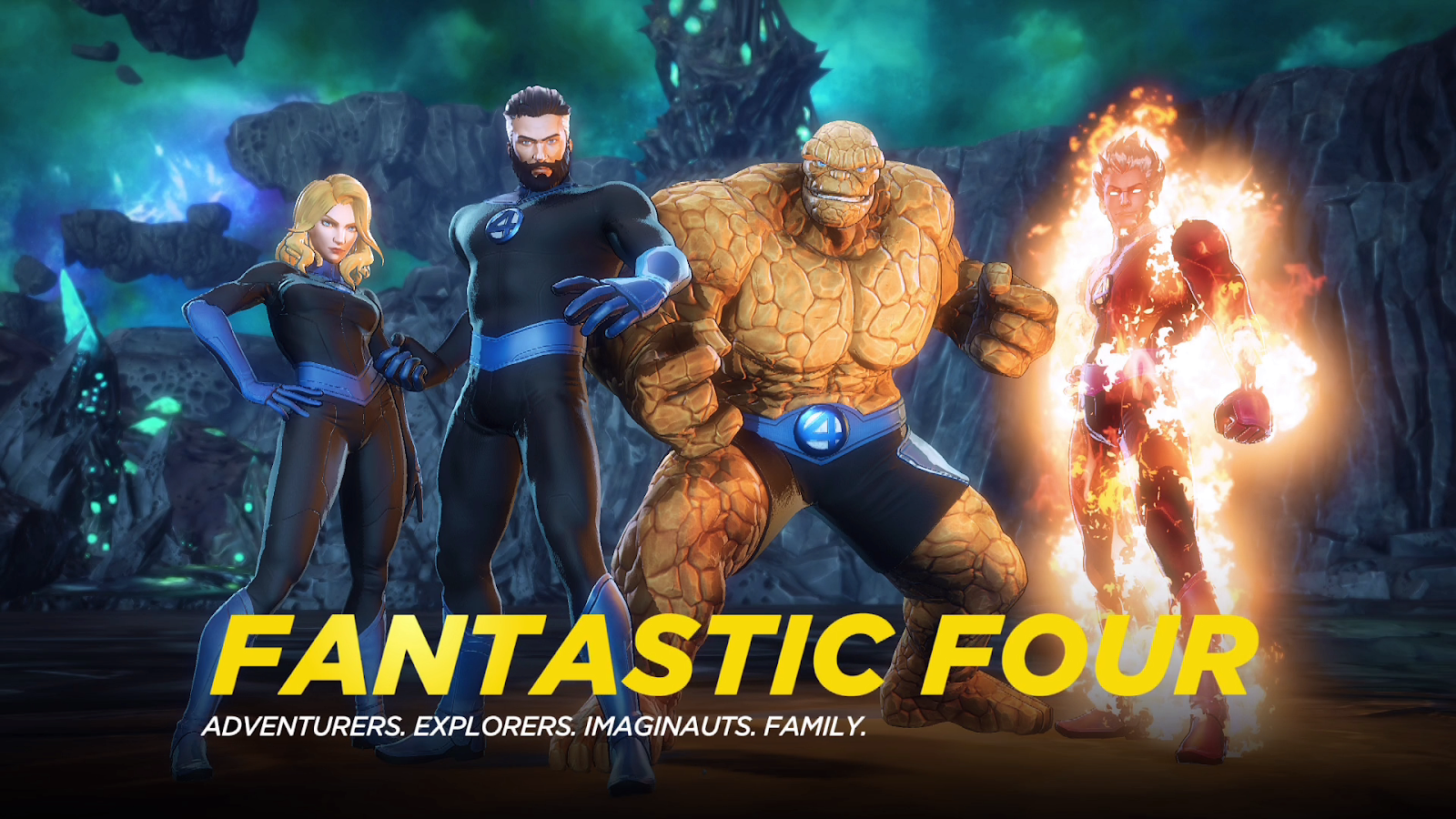 After a prolonged absence, the Fantastic Four is enjoying a resurgence on comic book shelves, and the excitement in those books makes their in-game debut all the sweeter. The blue and black outfits, bearded daddy Reed, overpowered Sue, the good-natured rivalry between Ben and Johnny—it’s all so perfect.

Instead of having to complete challenges to unlock new characters as in the X-Men and Midnight Sons packs, the Fantastic Four unlock once they’re encountered in the story. They get cute little debut cards and everything. The new chapter is a lengthy one, spanning several locations and including several memorable boss fights, including a showdown with interdimensional villain Annihilus and his hordes of alien insects. It’s a story worthy of Marvel’s first family. 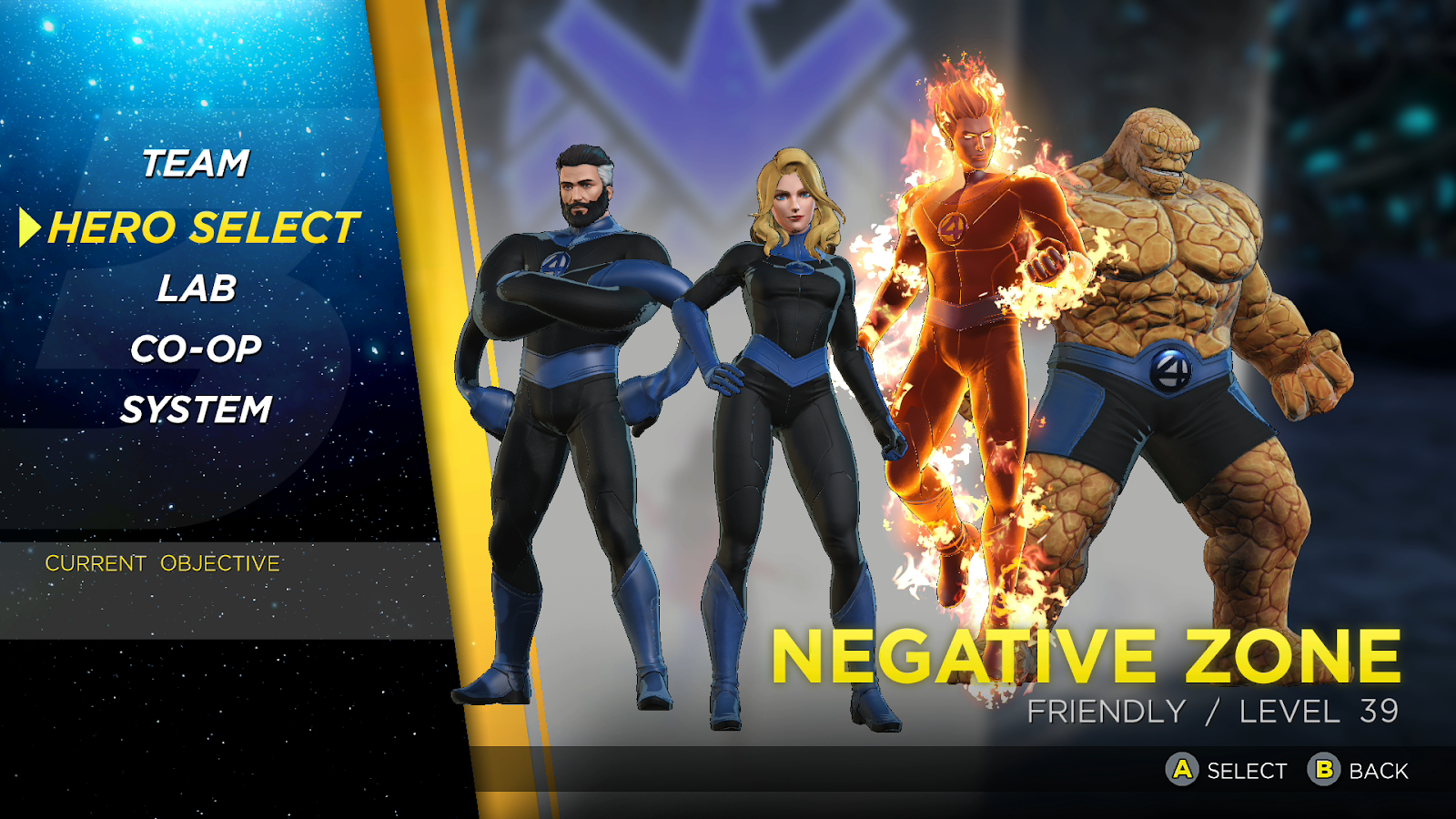 The paid update also introduces higher training levels in the game’s Danger Room and a new challenge gauntlet, along with the five new characters, costumes, and voice lines. The free update that accompanies the paid DLC allows players to work through a portion of the new story content, limited time events, more Alliance Enhancement nodes, and an increased level cap of 300.

It’s pleasant surprise and a fitting ending to the Switch-exclusive Marvel adventure.