Bored out of his mind due to the ongoing lockdown, Jalopnik senior editor Jason Torchinsky made a working plush Atari 2600 joystick out of old t-shirts and socks. As you do.

Mr. Torchinsky, who writes for a blog about cars, has a basement full of retro gaming and computer systems, as often seen in his ongoing video series, The Torchinsky Files. I write for a blog about video games and my desk is covered with Hot Wheels cars. We are pretty much the same person, only reversed. While I work out how to make a steering wheel out of scraps of discarded clothing, we can all gaze upon the majesty of Torchinsky’s plush Atari 2600 controller. 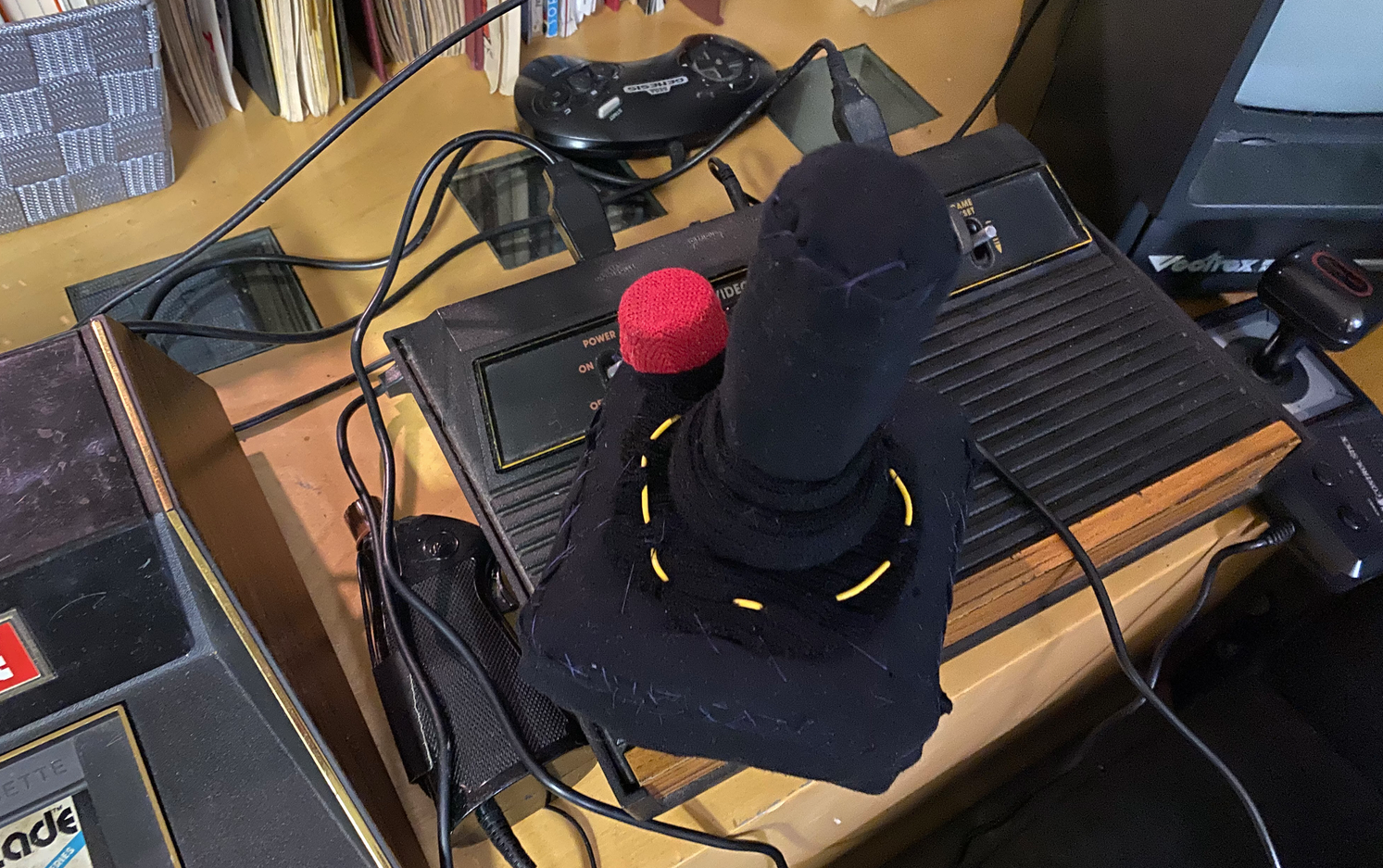 Using the innards of a real controller, Torchinsky used his obviously excellent sewing skills to transform the hard, callus-causing rubber torture device Atari called a joystick into something much softer and squishier. If I’d had this controller as a child I probably wouldn’t have gotten that scar between my thumb and forefinger from playing Berzerk until my hand bled.

Maybe Torchinsky’s sewing skills could use some work, but the thing is functional, and I’m pretty sure it’s the exact controller Frankenstein would have used were he not a hardcore Intellivision fan. Well done, Mr. Torchnisky.