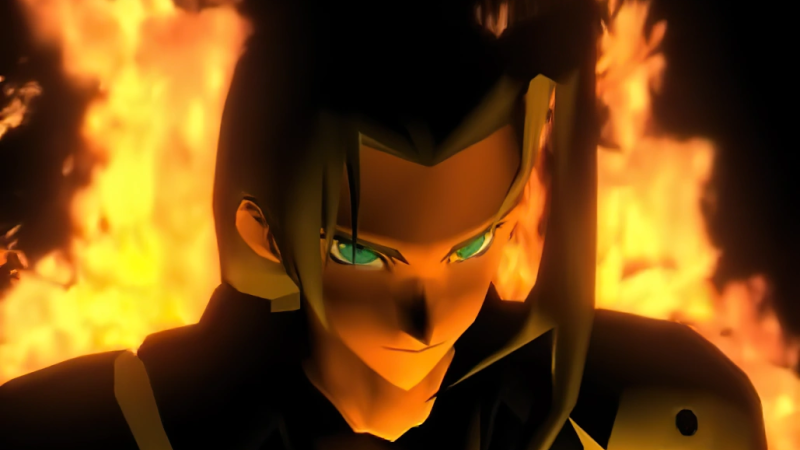 Like many things in Final Fantasy VII, the main antagonist Sephiroth is an iconic part of gaming history. He’s a striking, menacing presence throughout the classic roleplaying game. Much of Sephiroth’s reputation has to do with the way the developers took cues from an entirely different piece of media: Steven Spielberg’s 1975 thriller, Jaws.

During a recent interview on the official Square Enix website, Final Fantasy VII director Yoshinori Kitase was asked about the changes he and his team made to Sephiroth’s role for the remake. As a total newcomer to the game, I’ve watched Cloud agonise over his history with the silver-haired villain through flashbacks in Remake, but things played out much differently in the original release.

“The way we handled Sephiroth in the original Final Fantasy VII was to hide him, hold him back,” Kitase said in the interview. “You may not know this, but I was inspired by the movie Jaws, which took a similar approach of teasing this powerful presence, but never fully showing you the shark until later in the story. We wanted to build him up as this really big, powerful character in people’s minds. By only referring to him indirectly, it created this feeling of fear and oppression, so when he makes his first appearance, it’s a big deal.”

When it came to Remake, Kitase said, the build-up wasn’t possible because most folks (ahem) would already know of Sephiroth and his role in the overarching narrative. So instead of holding off on showing him until further into the game—which, since Remake is being released in parts, likely would have been in a sequel—they introduce him much earlier.

“Sephiroth is this massively overarching presence that looms over the whole Final Fantasy VII saga,” Kitase continued. “We wanted to make sure that aspect of him was present in this first game in the project.”

My personal experience with Remake so far is that I’m absolutely dreading coming face-to-face with Sephiroth in the present for the first time. But his frequent appearances in Cloud’s hallucinations have certainly eroded some of the intended Jaws-like terror from the original.