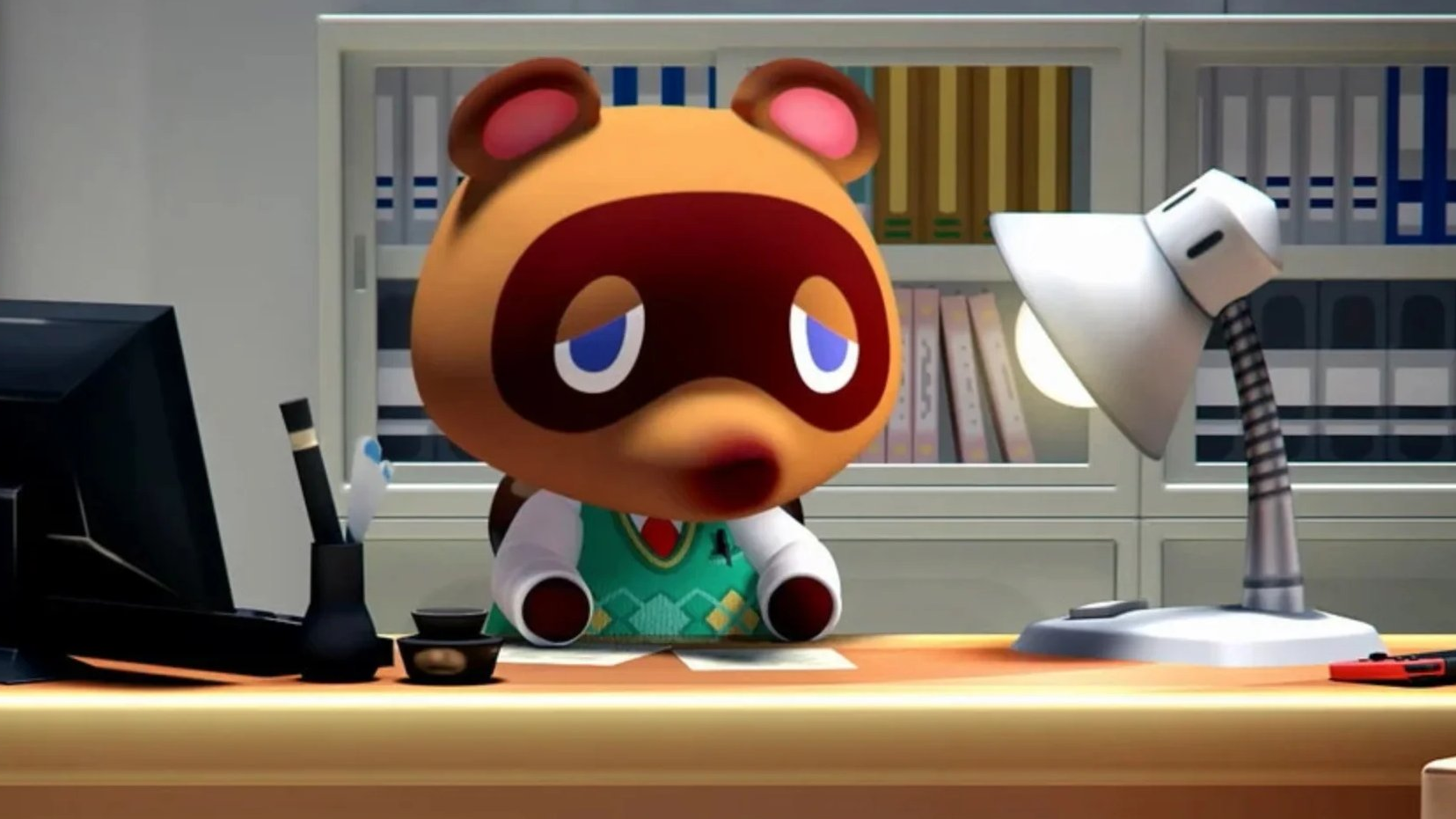 Animal Crossing’s latest update cuts the amount of money players can earn just by letting all of their bells sit in the bank, a lesson to all you hoarders out there to get out and spend.

The news came by way of a letter from Tom Nook. It was waiting in players’ mailboxes following last night’s update, which adds new characters and seasonal events. “We are writing to inform you that we have reduced the interest rate offered to all savings accounts,” the letter from the Bank of Nook reads. “As an apology for any inconvenience, please enjoy the attached gift. We appreciate your business.” In a perfect act of trolling, the attached gift is a rug shaped like a giant bag of bells. 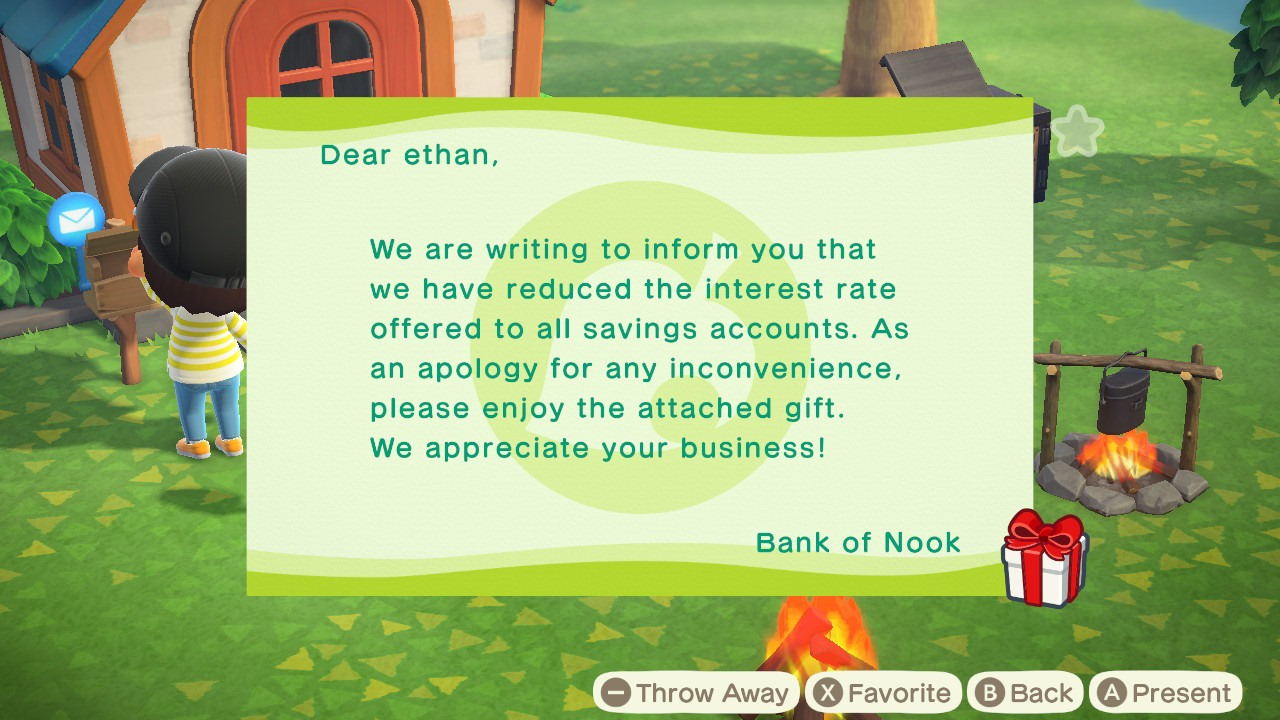 Nintendo didn’t say why they reduced the interest rate or by how much, leading furious players to speculate on the game’s subreddit. The previous rate was estimated at around 0.5%. Now it appears to be closer to 0.05%, with interest payouts capped at 9,999 bells. Apparently the world of Animal Crossing is in full stimulus mode as well. Today I shot ahead to May 2021 and earned 63,571 new bells off my roughly 1.1 million savings. After downloading the update all I got for pulling the same temporal hijinks was a paltry 6,579.

One theory for the reductions is that many players have amassed giant fortunes thanks to farming tarantula islands and insider trading on the turnip market. Reducing the interest rate would be one way to try to keep them from just living off the dividends of their free market enterprising. Another theory is that Nintendo wanted to discourage players from using time travel to collect tomorrow’s interest today. 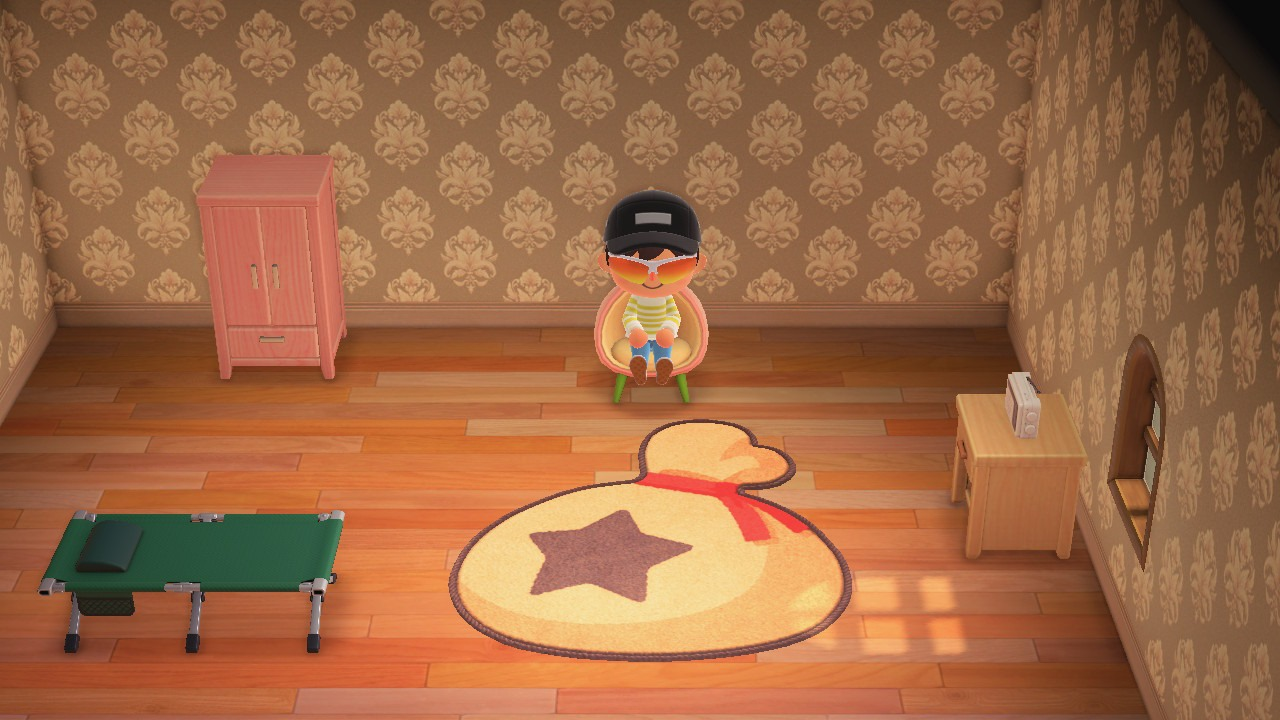 The bank interest gets paid out on a monthly basis. Take your Switch offline and bump the clock ahead and you can grab some quick extra cash. While Animal Crossing: New Horizons rots players turnips if they try to time travel to get a better price for them, there’s no similar safeguard for manipulating the Bank of Nook. At the same time, just reducing the interest rate wouldn’t necessarily be a fix for that either. Instead it might just push those people already abusing the system to time travel even farther and more often while those just playing by the rules have to watch their savings grow at a snail’s pace.