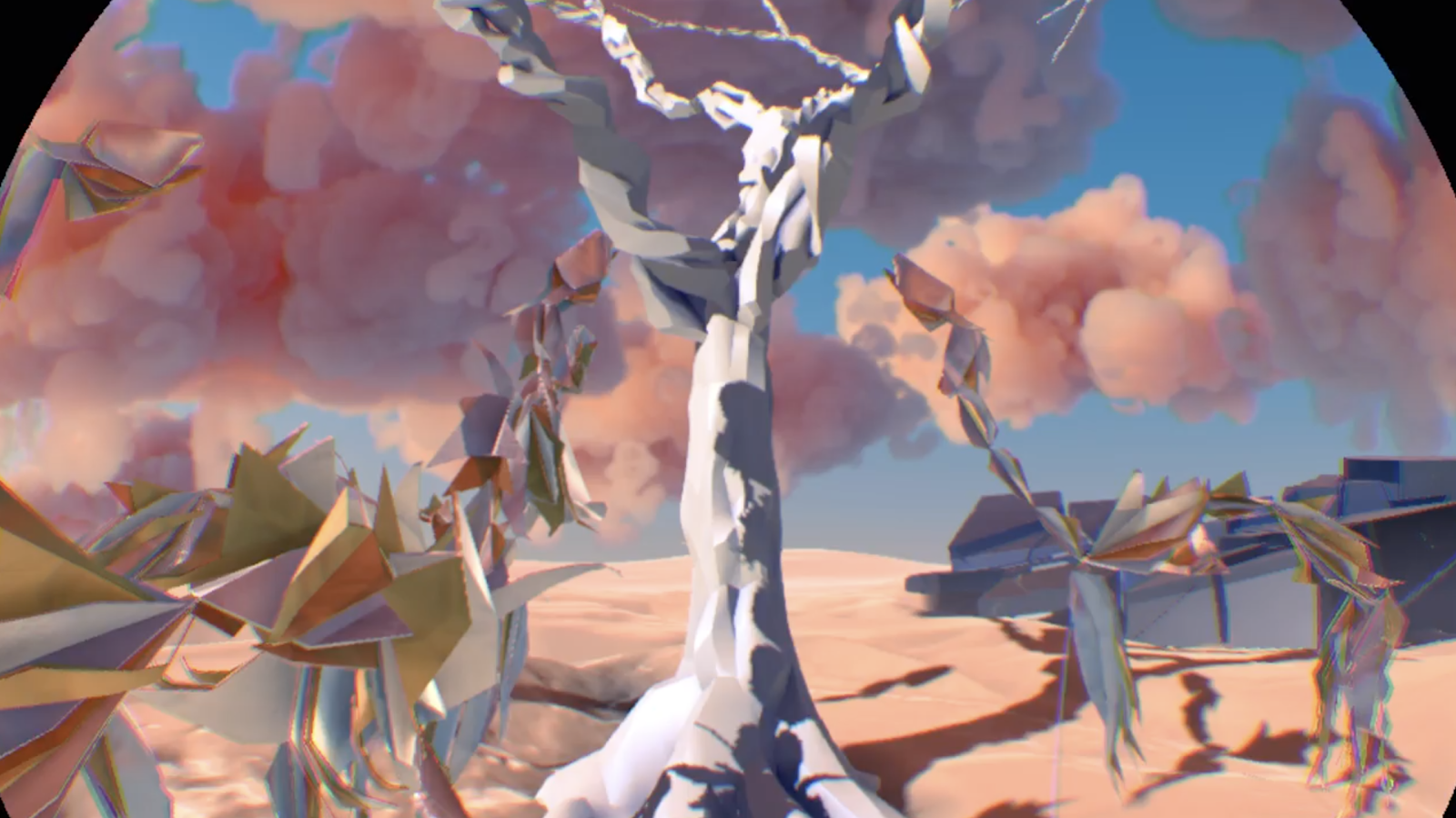 Sorry, Astrobot Rescue Mission, but you’ve been dethroned. I, a tough customer when it comes to PSVR, have found a new PSVR game to incessantly rave about. It’s called Paper Beast, and it’s a virtual safari of some very strange animals.

I should have expected to be amazed by this game. Paper Beast was made by a team led by Eric Chahi, whose games are as rare as they are magnificent. He was the visionary behind 1991’s action-adventure classic Another World and, most recently, 2011’s volcano simulator From Dust. Those games were very different but similar in how otherworldly they were. Both, like Paper Beast, quietly transport their players to wonderfully weird places governed by hidden rules you discover by interacting with the world.

Paper Beast is as magical and mysterious as those other Chahi releases. After you put on the PSVR headset, you’re briefly transported into a futuristic cyberscape before you find yourself in a desert surrounded by curtains. Using the PlayStation Move wand controllers, you must tug at those curtains. They fall away, revealing that you are standing beneath a large, long-necked animal made of paper. It walks away, turns back and lowers its head toward you.

Soon, you learn how to move through the world and, wordlessly, how to interact with it. The game reveals itself to be a nature tour, though this nature scene is unlike anything on this planet. You’ll approach an oasis where dog-like animals made of paper are drinking water. Later, I found a burrowing creature seemingly made of shredded paper.

You interact with these creatures to solve puzzles, usually to clear your path forward. The way is often blocked, at least until you figure out the rules of the scene around you. Inside a dark tunnel, you’ll realise that that burrowing shredded paper creature will head toward sources of light. Find one and move it, and that animal will clear a path for you. Some crabs skittering around in a cave will roll dirt downhill like a dungball. Direct those crabs well, and they’ll make a ramp you can use to escape. One fascinating tube-like creature early in the game sucks in sand from one end and craps it out the other. Placing that creature’s ends strategically cam move lots of earth.

Paper Beast draws some of its ideas from Chahi’s From Dust, a god game which used land deformation tools as the basis for levels about raising volcanoes, creating rivers and otherwise reshaping the world to help a tribe survive. Many puzzles in Paper Beast involve transforming the environment, too, though, from the first half of the game I’ve played, on a more intimate scale. I’ve been ground-level with the denizens of this game, their world wrapped around me through the power of virtual reality. I don’t think you can die in this game, but you can can stand around, either bewildered or awestruck, as you make of sense of things.

The player can grab the red thing, which attracts the turtle-like animal, which drops sand from its belly as it walks. The deposited sand redirects the water, which just might solve this area’s environmental puzzle. (Gif: Kotaku, Pixel Reef)

Any VR game bears the risk of missing a lot of players. Virtual reality platforms remain niche, and there’s always the question of whether a given game really needs VR. This one makes great use of it. A lot of what is impressive about Paper Beast is how it envelops you into its weird world. It really helps to have this strange space all around you, and its mysterious world looks great, even on the relatively low-powered option of PlayStation VR.

These days, there are many games out there that people are using for escape. Lots of games can distract us, if just briefly, from a historic pandemic. Some people favour Animal Crossing for its getaway to pleasant island life. There’s a good argument for Doom Eternal and its showcase of supreme confidence and competence. Paper Beast offers a different draw: the escape to another world, where things work differently and where the strange can become known.