Gary Whitta is a screenwriter and author known for co-developing Rogue One and other films. Recently, he’s gotten a new hobby — hosting a live, late night talk show via Animal Crossing: New Horizons. The talk show has become viral online, attracting interest from high profile people like U.S. politician Alexandria Ocasio-Cortez and various celebrities. The latest edition of the show is set to be a stunner, with Whitta wrangling film stars Danny Trejo, Elijah Wood and Greg Gunberg for this week’s episode.

Whitta’s talk show, Animal Talking takes place in the basement of his Animal Crossing: New Horizons house and is broadcast live on select nights. The show opens with a monologue delivered by Whitta and includes musical interludes and various celebrity guests.

For Whitta, who worked on The Book of Eli and After Earth after a career in gaming journalism with PC Gamer, it was a spur-of-the-moment idea that’s since blossomed into a fun and popular endeavour.

“I had this idea less than 24 hours ago and we very, very quickly assembled a fully functional, armed, and operational late-night talk show set down here in the basement of my [Animal Crossing] house,” Whitta told Entertainment Weekly last month.

Friday’s show, which takes place at 12pm AEST, will feature prolific actors Danny Trejo, Elijah Wood and Greg Grunberg who are all well-known for their appearances in genre movies like Lord of the Rings, Star Wars and the Machete franchise.

Elijah Wood recently made headlines with his love for Animal Crossing, appearing in a player’s town to take advantage of high turnip prices. Danny Trejo has also been seen taking to Twitter to ask for Dodo codes to play with fans. Now, they’re sharing that love on Whitta’s talk show. 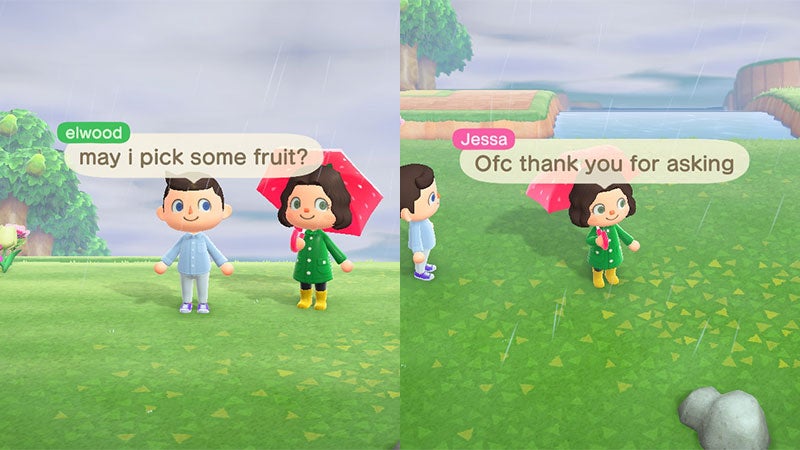 The story here is not that celebrities play Animal Crossing, and visit other player’s islands. They do it all the time, you just probably don’t realise it’s them. No, this story is about Elijah Wood’s impeccable Animal Crossing manners, and how he should serve as an example to all island travellers.

As the coronavirus pandemic rolls on, people have begun looking at new ways to connect people via technology. It’s fascinating to see all the creative ways that Animal Crossing is being used along the way.

You can catch all the episodes of Animal Talking on Whitta’s Twitch channel. To find out more about upcoming guests and planned shows, you can also visit his Twitter page.