It’s hard not to focus on Xenoblade Chronicles: Definitive Edition’s upgraded graphics. The Switch version’s crisp characters and updated textures are far removed from the washed-out, muddy visuals of the Wii original. But it’s the little quality-of-life adjustments to this enhanced version of Monolith Soft’s open world action RPG that are making my third playthrough so much more enjoyable than my first two.

The Wii and New Nintendo 3DS versions of Xenoblade Chronicles did the best they could within the limitations of Nintendo’s hardware. They managed to capture the sweeping grandeur of a vast world built on the backs of dormant warring gods. When Shulk and his childhood friend Reyn step onto the rolling grassland of the Guar Plain, the game’s first massive open area, it’s a powerful moment on any platform.

It’s even better when Shulk and Reyn are crisp and clear instead of blurry and smudged. I know there are plenty of players out there who prefer the original game’s art direction to the generic anime stylings of the Definitive Edition. There is a little character lost between the old models and the newer, sharper ones. 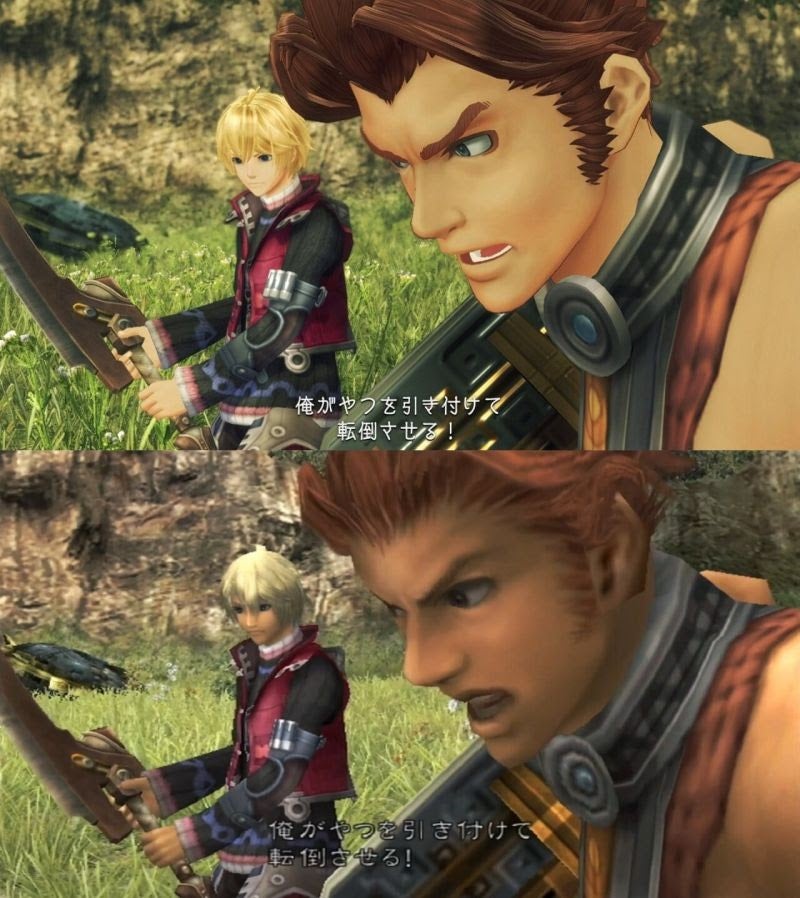 To be completely honest, I found the character models in the original game to be ugly to the point of distraction. I was constantly being pulled out of the battle between the humanoid Homs and the mechanical Mechon. Now I find myself constantly taking screenshots of Shulk and friends’ pretty faces, which I suppose also pulls me out of the battle, but in a much more agreeable fashion. They are so pretty now. (Screenshot: Nintendo)

A fresh coat of paint isn’t going to solve all of a game’s problems, and Xenoblade Chronicles still has its fair share. Just because the characters are prettier doesn’t make their personalities and constant catchphrases any less irritating. And the game is still padded with a seemingly endless assortment of inane side quests.

We’re talking massively multiplayer online RPG levels of side quests. There are non-player characters who give the party four or five tasks to perform at once. Look at this overstuffed to-do list. 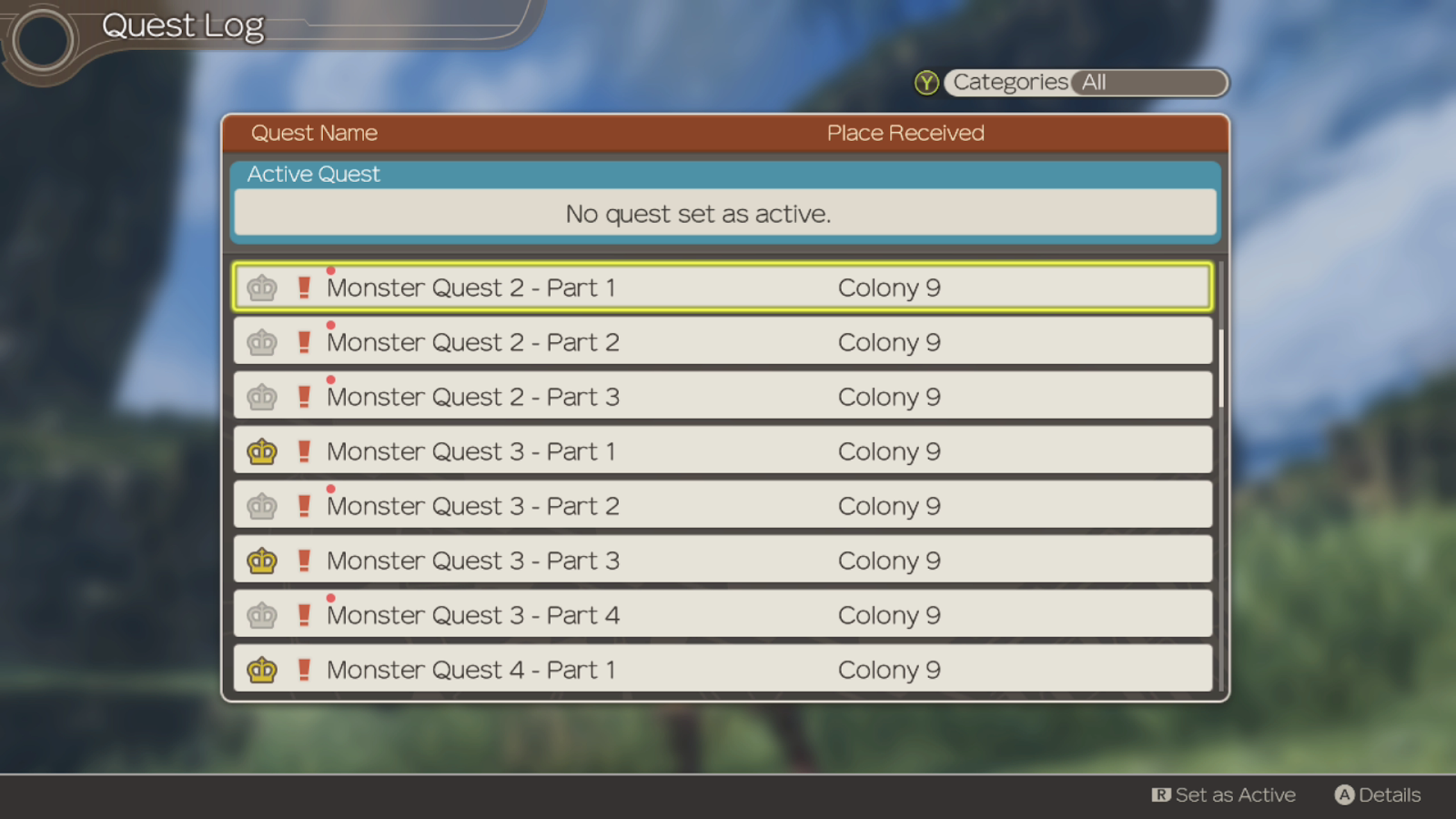 This is a stupid amount of side quests. (Screenshot: Nintendo)

Xenoblade Chronicles: Definitive Edition doesn’t fix the game’s side quest problem, but it does make them easier to get done. Improved maps and markers show players exactly where they need to go to check off their adventuring shopping list. Setting a quest to active displays a marker on the mini-map, leading directly to the objective. It’s great for those of us who feel compelled to check on every exclamation-pointed quest giver before moving on to the next plot point.

The enhanced quest system is one part of a menu system and user interface overhaul that makes the Definitive Edition live up to its name. The on-screen interface displayed during combat is crisper, clearer, and easier to understand, making the game’s unique action-based battle system much more enjoyable. There’s still a lot of juggling to do, combining various characters’ skills to topple and weaken enemies, but it’s easier to focus on what needs to be done this time around. 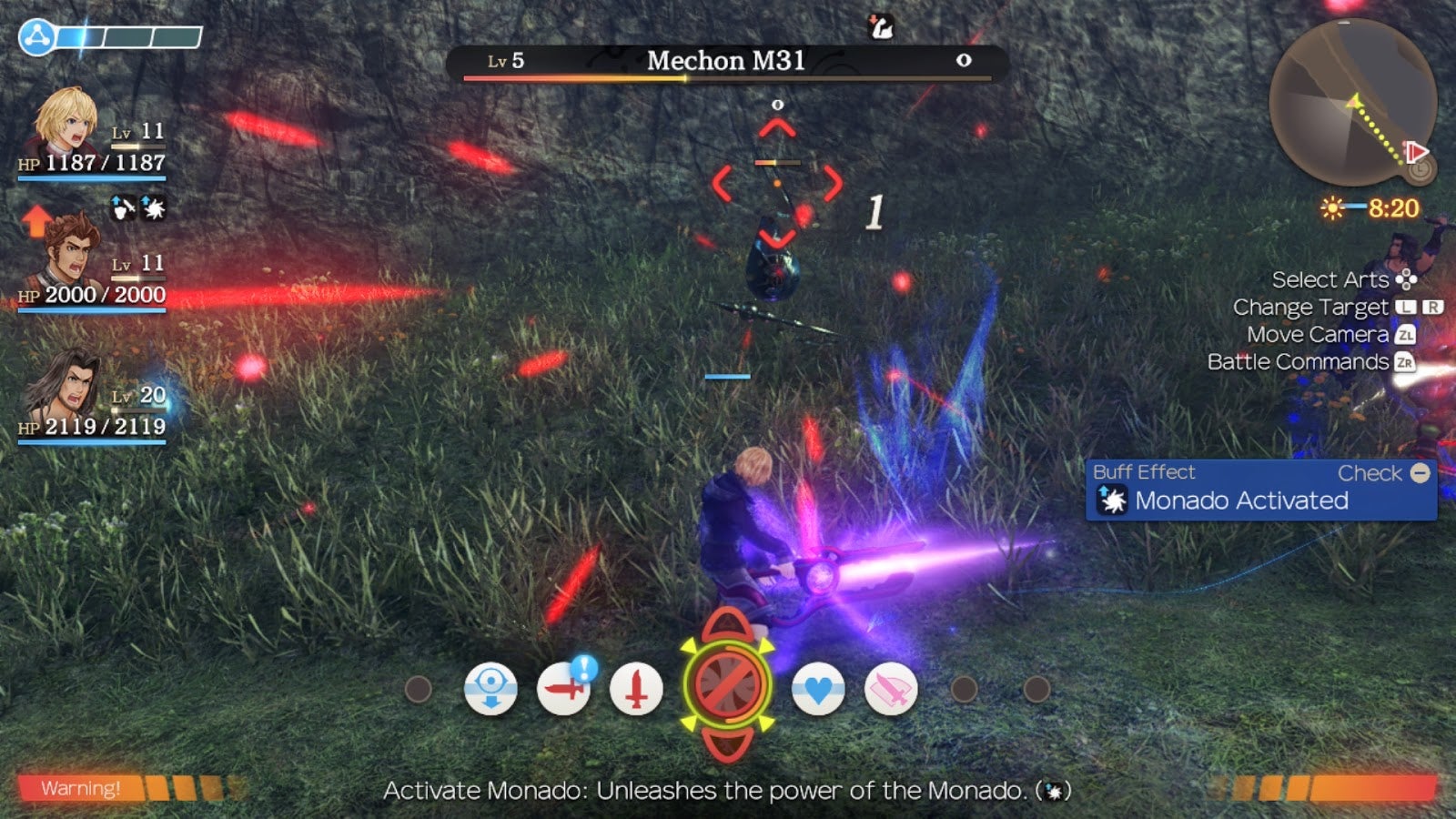 It looks complicated, but it’s clearer than ever. (Screenshot: Nintendo)

Xenoblade Chronicles’ inventory system is still a mess of items, collectibles, vendor trash, and equipment, but it’s a little easier to wade through with the updated menus. The same goes for managing character skills and arts. It’s a much better interface. My favourite menu improvement, however, affects how characters dress.

Xenoblade Chronicles is filled with so many pieces of equipment. Each chest, head, leg, foot, and hand piece changes the appearance of the character who equips it. In the original game, maintaining the best mix of stat-enhancing gear often led to characters wearing an array of mismatched parts. Xenoblade Chronicles: Definitive Edition adds an “Appearance” section to the menu, allowing characters to equip cosmetic gear, which does not change no matter what equipment they are wearing. 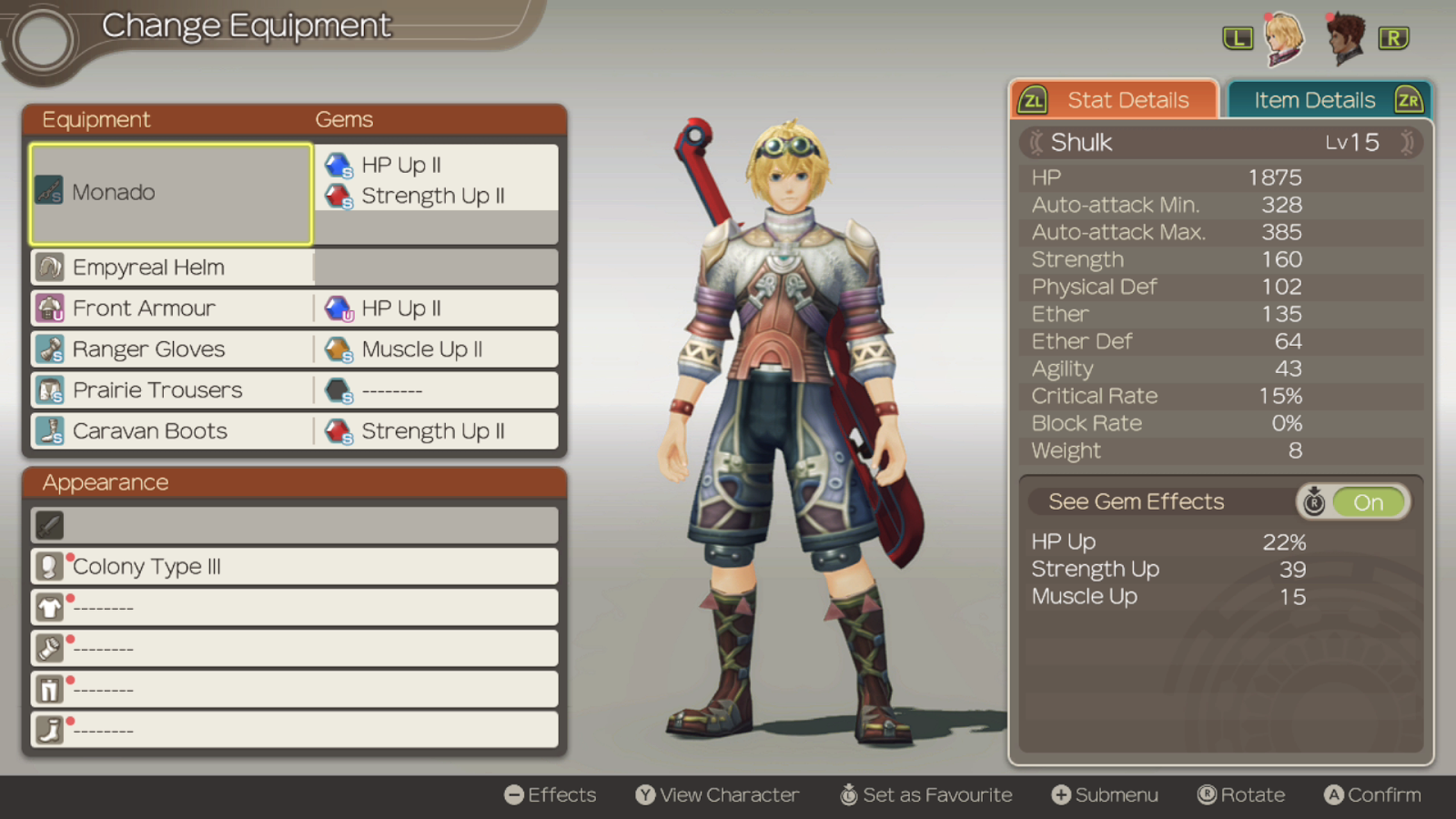 Xenoblade Chronicles: Definitive Edition looks much better than the original game, but that’s not what makes it the “definitive edition.” It’s a combination of the graphical upgrade and countless little quality-of-life improvements that breath new life into this modern classic.

Xenoblade Chronicles: Definitive Edition arrives on Nintendo Switch on May 29. Look for more on the game, including its brand-new epilogue chapter, as we get closer to launch.