You may have heard that Halo Infinite is a terrific first-person shooter, a solid return-to-form for an old Xbox series. What you might not know is that Halo Infinite is also really freakin’ funny. And nowhere is that more true than in the one-liners fired off by grunts, the lowest-ranked cannon fodder you encounter in the campaign.

Mind, these aren’t stoic one-liners intended to convey confidence and stoke fear into the hearts of their opponents (i.e., you, the player). No, they’re often remarkably specific comic descriptions of what’s happening, or just surprisingly silly admissions like this: “You may be big and strong, but I’m scared!”

Halo’s grunts have always been funny, to a degree. Back in 2001’s Halo: Combat Evolved, you could stick a grunt with a plasma grenade — a small, electric blue explosive that adheres to any surface — and possibly hear them shout, “Oh, no, not again!” This spurred a darkly humorous train of thought: Wait a second, has this happened before? Do you…understand that you’re in a simulation? 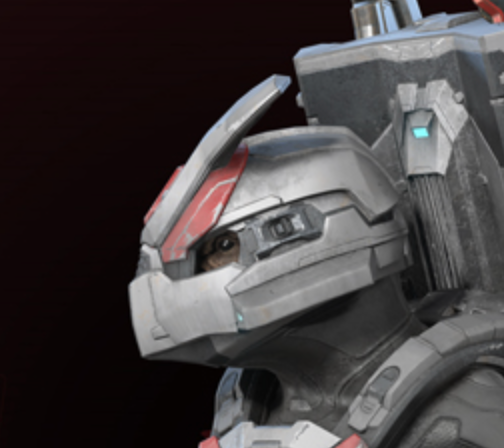 Grunts weren’t memorably hilarious in Halo 4 or Halo 5, both developed by 343 Industries, but their bottomless well of one-liners seems to have returned for Halo Infinite. In less than a week, grunt dialogue from Halo Infinite has achieved that coveted cross-social-media status, a tier of online popularity where videos from one social media platform (TikTok) can show up on another (Twitter) and nonetheless find viral success:

Halo infinite by far has the best grunt dialogue pic.twitter.com/Zd322vuJiv

Halo Infinite’s grunts seem to have a line primed for any potential situation.

“Scared to fight on foot? Cheatin’ coward,” one may shout if you attack it with an aerial vehicle. When you hop out, you can hear, in a quieter tone, “He got out! Now we can run.” Grapple another, and they may point out how there’s no way the Master Chief — a seven-foot-tall super-soldier with metal-alloyed bones — weighs more than a grunt. (Yes, Halo Infinite’s physics are delightfully strange.)

Start shooting up an enemy base, and you might hear a grunt appeal, “It wasn’t me, I just work here!” Take out some invisible enemies, you may hear a grunt ask, “Did you guys kill him yet? Dibs on the helmet!” followed seconds later by a timid “…guys?” (There’s also the personal favourite of mine: the grunts who sprint away from you, hands waving frantically in the air, “I’m running from my problems!”)

Even in victory, grunts keep their sense of humour. If one kills you, you’ll hear lines like, “I hope the human afterlife sucks!”; “You suck even worse than I do”; “That’ll learn you to do whatever the heck you were doing,” and “It’s a great day to be meeeee.” (Really, can you imagine the raise that grunt’s gonna get?)

But perhaps the funniest grunt line found in Halo Infinite so far is also it’s saddest. “Man, I sure do love my dangerous, thankless job,” before collapsing into that laugh-punctuated pile of sobs every person with a full-time job is at least moderately familiar with. Sadly, Halo Infinite does not have any glass-walled conference rooms.