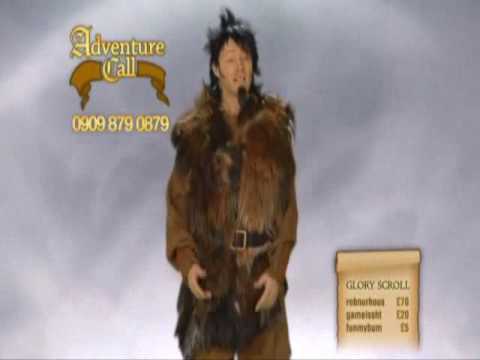 Earlier this month, a second series of “Limmy’s Show” kicked off on the BBC and Sky in the UK. How is this relevant to you? Because the first season contained the future of role-playing games.

That future is Adventure Call. As video games begin to forsake the need for controllers, it’s not unreasonable to believe that we’ll one day be playing games just by barking commands at them.

And when we are, I hope that future looks like this. Not because it makes for great video gaming. Just because it’s funny as hell.