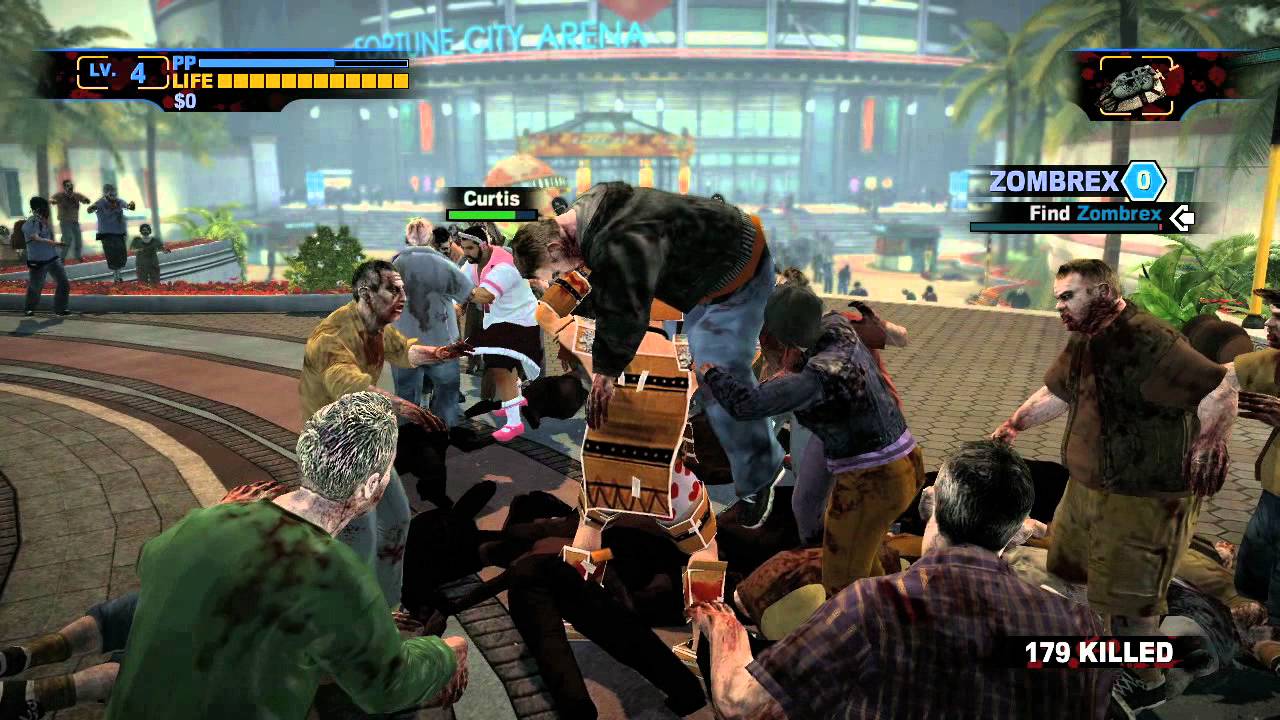 With an entire shopping plaza/casino/amusement park at his disposal, one would think Dead Rising 2 Off the Record‘s Frank West could come up with something better than a cardboard helmet.

That’s exactly what he’s come up with in today’s Cosplay Warrior Skills DLC for the semi-sequel to Capcom’s sequel to Dead Rising. The man that can build functional weapons from scratch has also managed to cobble together monster face paint, cardboard armour and cardboard boots, all of which grant him some extra PP and some special attacks when using a practice sword and shield.

I guess I’m not too surprised, considering he only paid $US2 for the whole thing, which is how much you’ll pay if you pick it up today for the Xbox 360 or PlayStation 3.