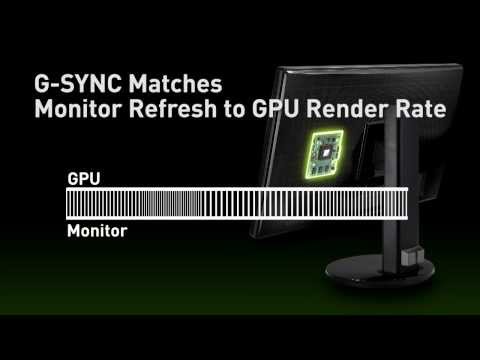 You might remember late last year that NVIDIA announced something called “G-SYNC”. The basic idea is that a piece of additional hardware is built into your monitor, which will allow your NVIDIA graphics card to display games without visual stuttering (or at least, improve the situation immensely). If you’re still a little vague on how it all works, this two-minute clip should clear things up.

RedditGames asked NVIDIA’s Tom Petersen to explain the concept in a way that a five-year old would understand and while he does an admirable job, it’s hard not to describe how it works without using a few technical terms.

Perhaps the best part is when Petersen states why games have stuttering in the first place, something many gamers might not understand beyond knowing that the v-sync option seems to make things better… sometimes.

Of course stuttering can be caused by a number of issues — insufficient grunt, poorly-timed garbage collection or in the case of Dead Island, sending multiple keystrokes as input — but it’s good to know GPU vendors are working on addressing the most common suspect.