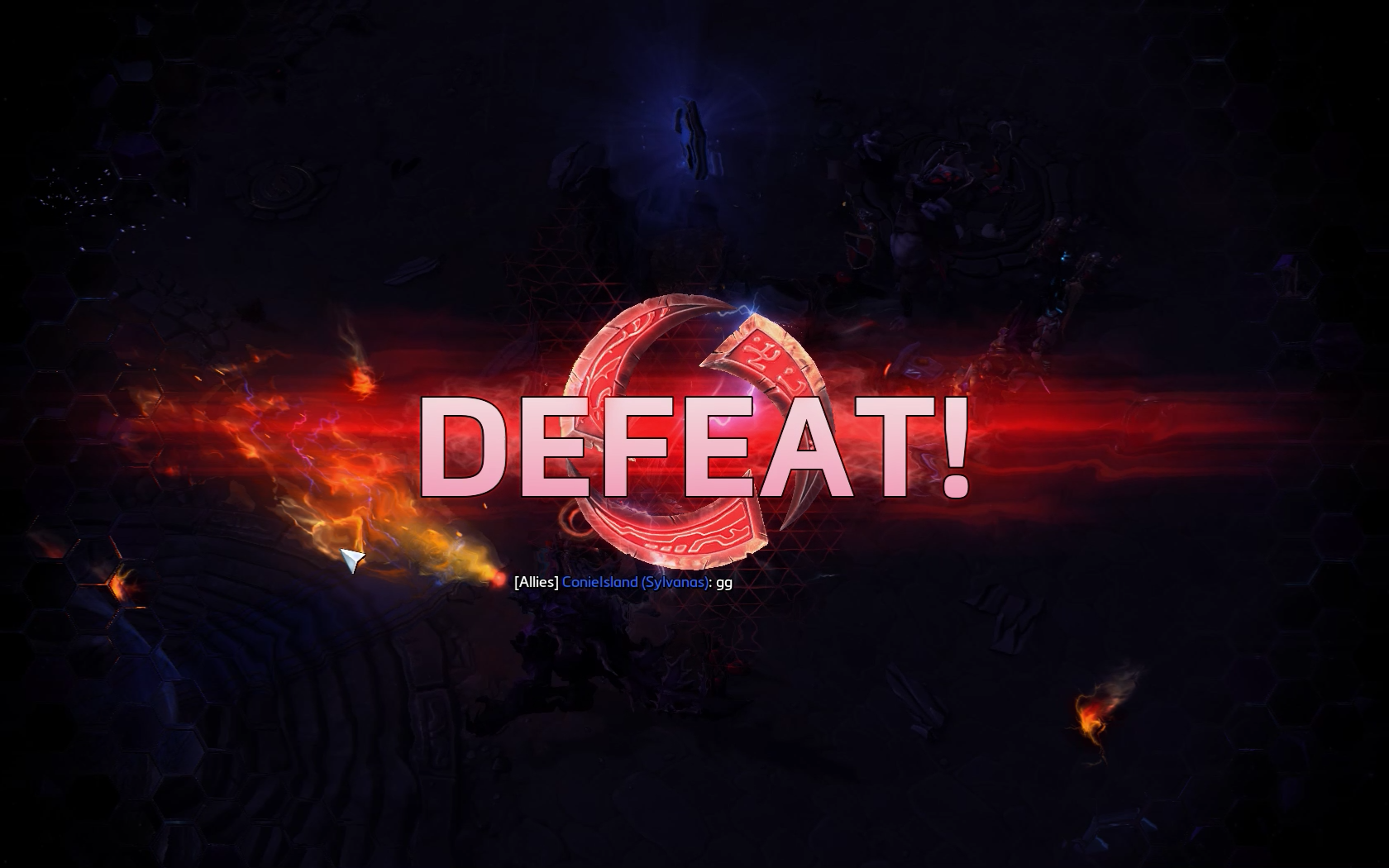 I noticed something about Heroes of the Storm the other night. It's a small detail, but an important one. The game actually tries to lift your spirits when a match isn't going well.

During any given game of Heroes of the Storm, player characters chatter with one another. The game draws from Blizzard's historic game series like StarCraft and Warcraft, so there's some great dialogue referencing the lore in those titles. Characters also thank each other with friendly banter. And when you're losing a game, allies nearby will start to say things like:

"The tide of battle is turning!" or "press the attack now!"

It took me a while to realise this because Heroes characters only deliver these lines in very specific situations. Like: if you just finished pushing back a wave of enemy assailants from one of your turrets but are still getting stomped in a more general sense.

Losing a match in any of the major MOBAs is a uniquely dispiriting process. It's tempting to identify League of Legends, or Dota 2, or Heroes of the Storm's game design as the reason for this. Each of these games has a tendency to be incredibly unforgiving to a team once it starts to lose. Making them more enjoyable would then require a retooling of their core game mechanics.

Heroes of the Storm's charming and dynamic banter makes me think that the solution to MOBAs approachability problems don't need to be so complicated. Granting a game a cheery exterior can be a small aesthetic adjustment. Something as simple as giving characters a few extra lines of dialogue. Something like: Don't give up yet, we can still turn this around.

That's what players should be saying to one another already. But far too often, they don't.