Destiny Is Getting A Bunch Of Cool New Gear In April 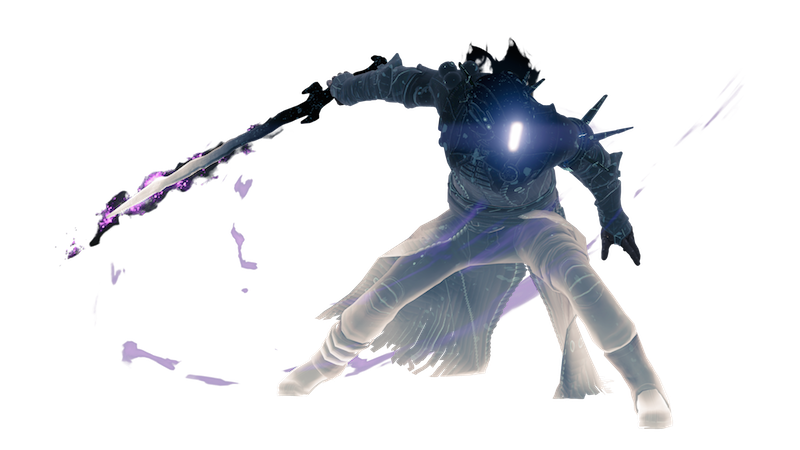 Bungie just showed off some really nice-looking new armour sets and some other little additions coming next month to Destiny, a sci-fi shooter video game whose biggest fan picked the wrong week to go on holiday. The star of Bungie's sneak-peek livestream was the new Desolate armour. It was teased last week and is modelled off of the Taken enemies introduced in last spring's terrific Taken King expansion. Players can gather it piece by piece by picking up Sterling Treasure chests, which are earned a variety of ways, including via weekly activities and playing the new level 41 version of the Prison of Elders. 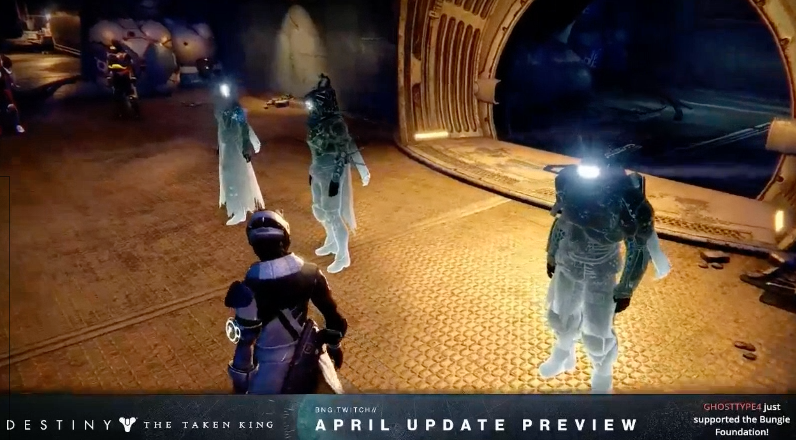 There's even a new Taken-style ship to obtain... 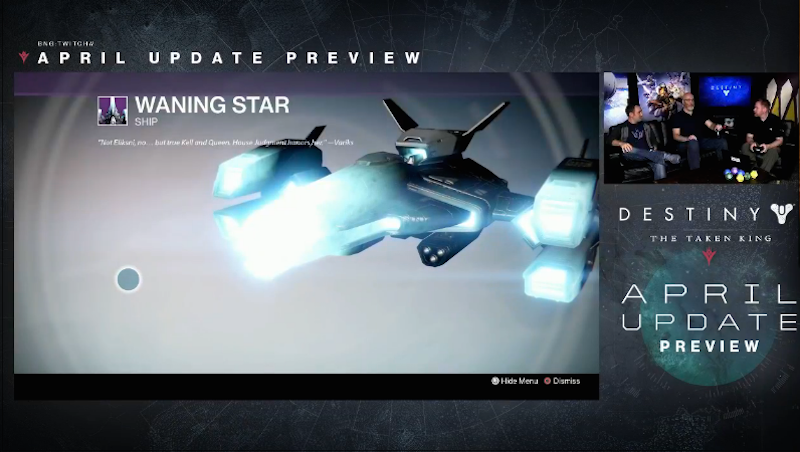 ...and there's a Taken-style emote that can only be obtained if you collect enough Desolate gear.

Bungie showed a range of other new armour sets in the livestream all while also demonstrating the April update's new HUD-free mode. By changing a menu setting, players can turn off all on-screen icons, including their aiming reticle, the better to see the game's art. 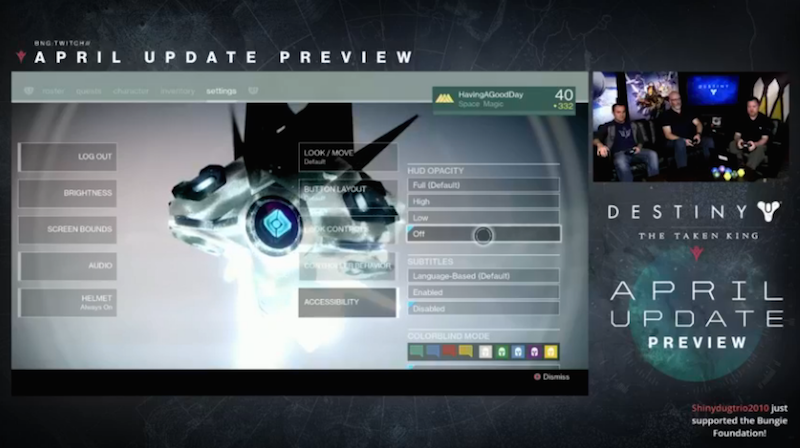 Another key change of note: infusing items will no longer split stats. Instead, according to Bungie, combining two items will boost the lower-level item to the attack/defence stats of the higher one. This not only makes item infusion a more attractive option but seems to give Bungie a loophole for providing a microtransaction way to get the new Desolate gear. Those Sterling Treasure chests that contain Desolate gear pieces can be earned in-game, but they can also be purchased using in-game currency that's been bought with real money. 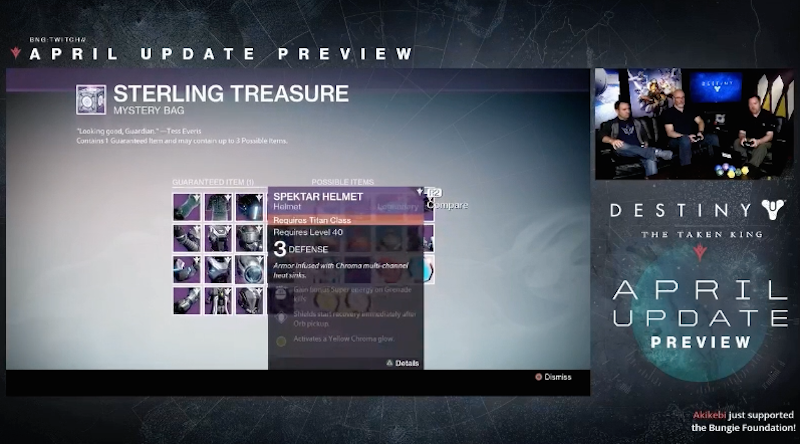 Bungie already introduced this microtransaction system for some cosmetic items in the game last spring but hadn't made armour pieces available in that marketplace. The twist here is that, even though the Desolate gear can be obtained through a Sterling Treasure bought via microtransaction, the Desolate gear shown in the stream was merely at level three, making it tactically useless on its own.

As Bungie's livestreamer explained, a player would need to infuse it with higher-level gear to give it decent stats, and that higher-level gear would have to be earned by playing the game, the same as always. That sounds fine, but we'll have to see how it works in the actual game

Since item-infusing is going to be a bigger deal, and since people are all going to be chasing the game's new 335 light-level cap, Bungie is making sure that high-level items drop in the game. Here's how to get them once the April update hits:

The April update will also offer a range of new emotes, including a Karate Kid kick. Take a look (click to play):

The update adds a new type of cosmetic item called a Chroma that players can use to add glow to individual item pieces and, in a first for the game, use it to re-colour parts of their guns.

Finally, Bungie is adding this new ghost and this Taken-style sword, proving they still employ some terrific artists. 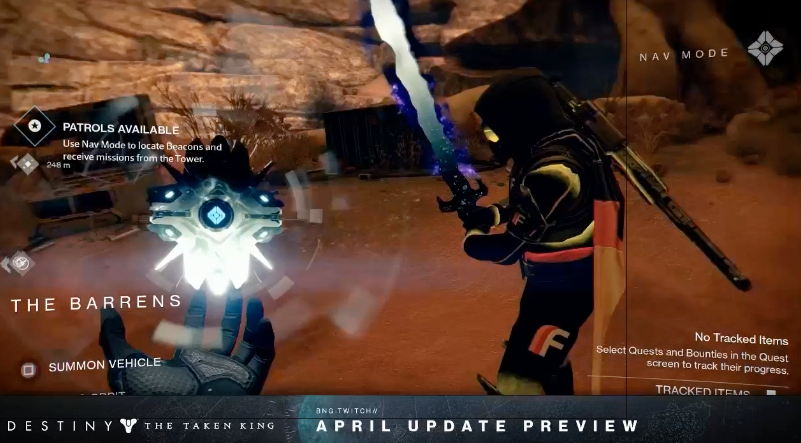 All of this hits when the game is updated on April 12.