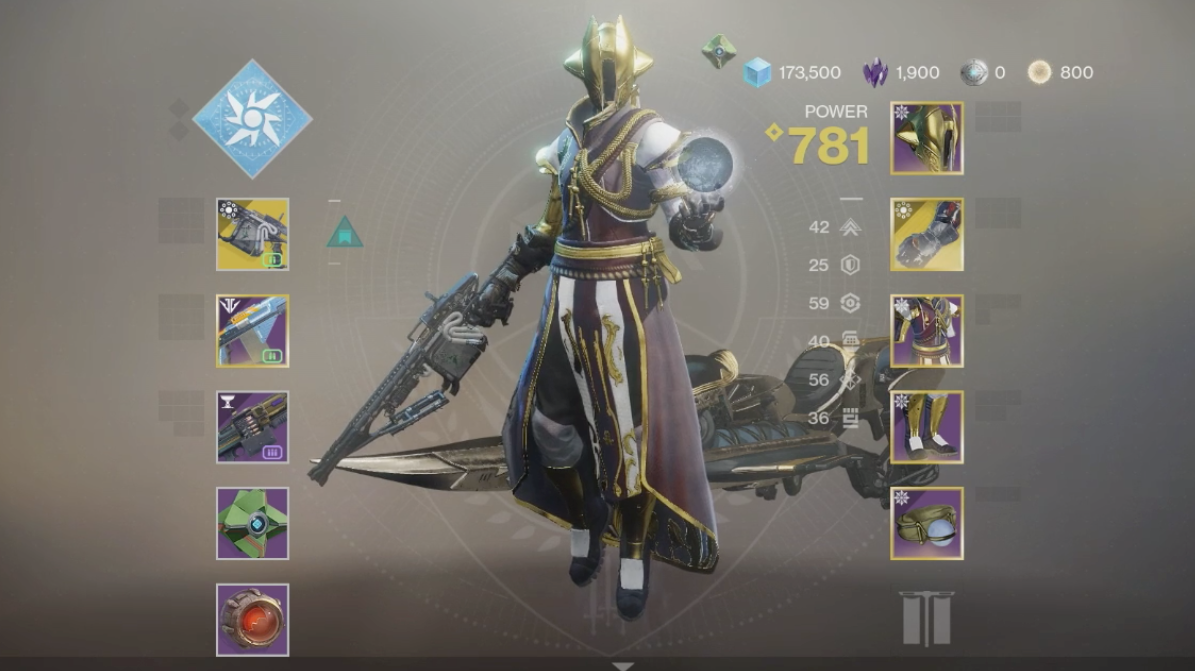 On a livestream Wednesday afternoon, Bungie showed off its forthcoming overhaul of Destiny 2’s armour system that will come when the Shadowkeep expansion arrives October 1. It’s a pretty thorough rework of how armour works in the game—and while it’s sorely needed, it might make Destiny even more of a grind depending on how it’s implemented in the final release. Here’s a summary of what we found out on the stream.

Currently, every piece of armour in Destiny 2 comes with a Power level and a set of perks. The armour Power contributes to a character’s total Power level, and the perks give subtle stat boosts and benefits that let you do things like find more ammo of a certain type.

They ostensibly make a difference, but in most cases, they’re quite subtle in a way that only hardcore players really appreciate as they try to optimise their character builds. 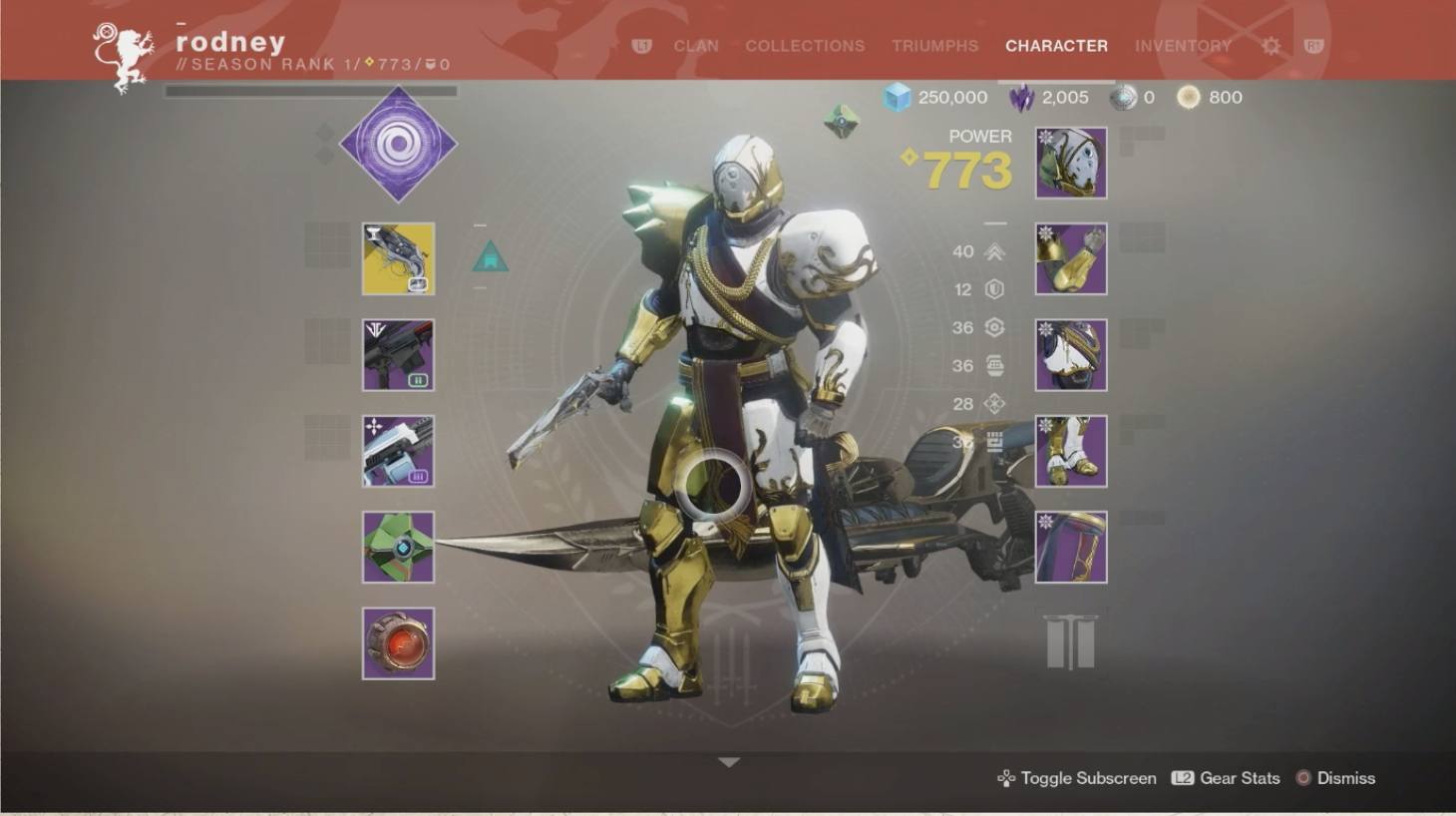 In Shadowkeep’s new system, each piece of armour will start with two numbers attached: a Power level and an Energy level from 1-10. Power functions exactly as before, but Energy is a new stat that functions as a budget for mods—which replace the basic perks armour used to come with. 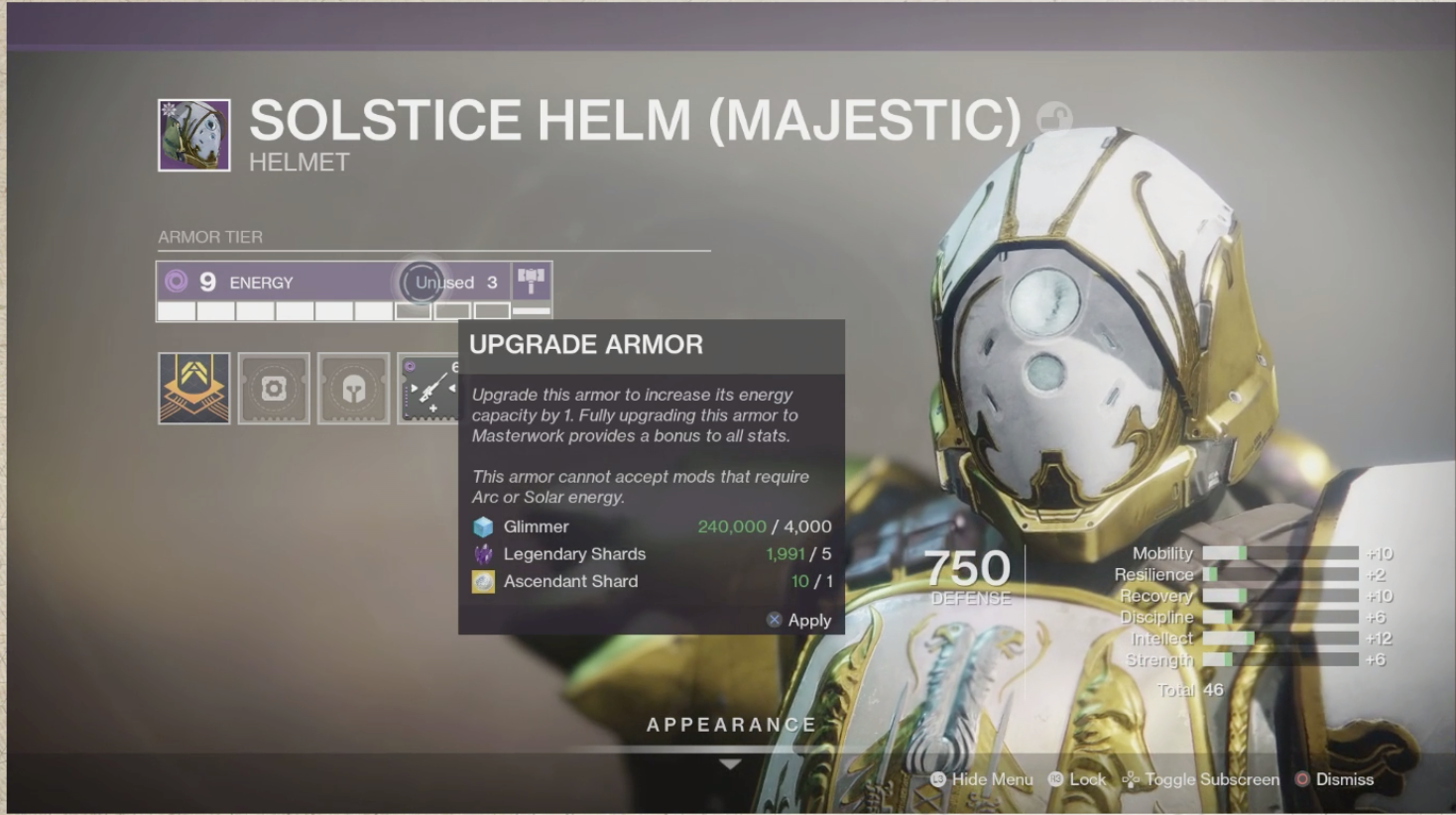 Basically, mods you equip to your armour — like a traction mod that boosts your mobility stat, or an ammo finder mod that makes it easier to locate special ammo when you have a sniper equipped — will cost a certain amount of energy. If you don’t have enough energy to equip a mod, you’ll either have to change your mod loadout or upgrade your armour tier, which will increase your energy level.

And of course, energy type matters, so void armour can only accept void or neutral mods—a decision that unfortunately may just extend grind time. 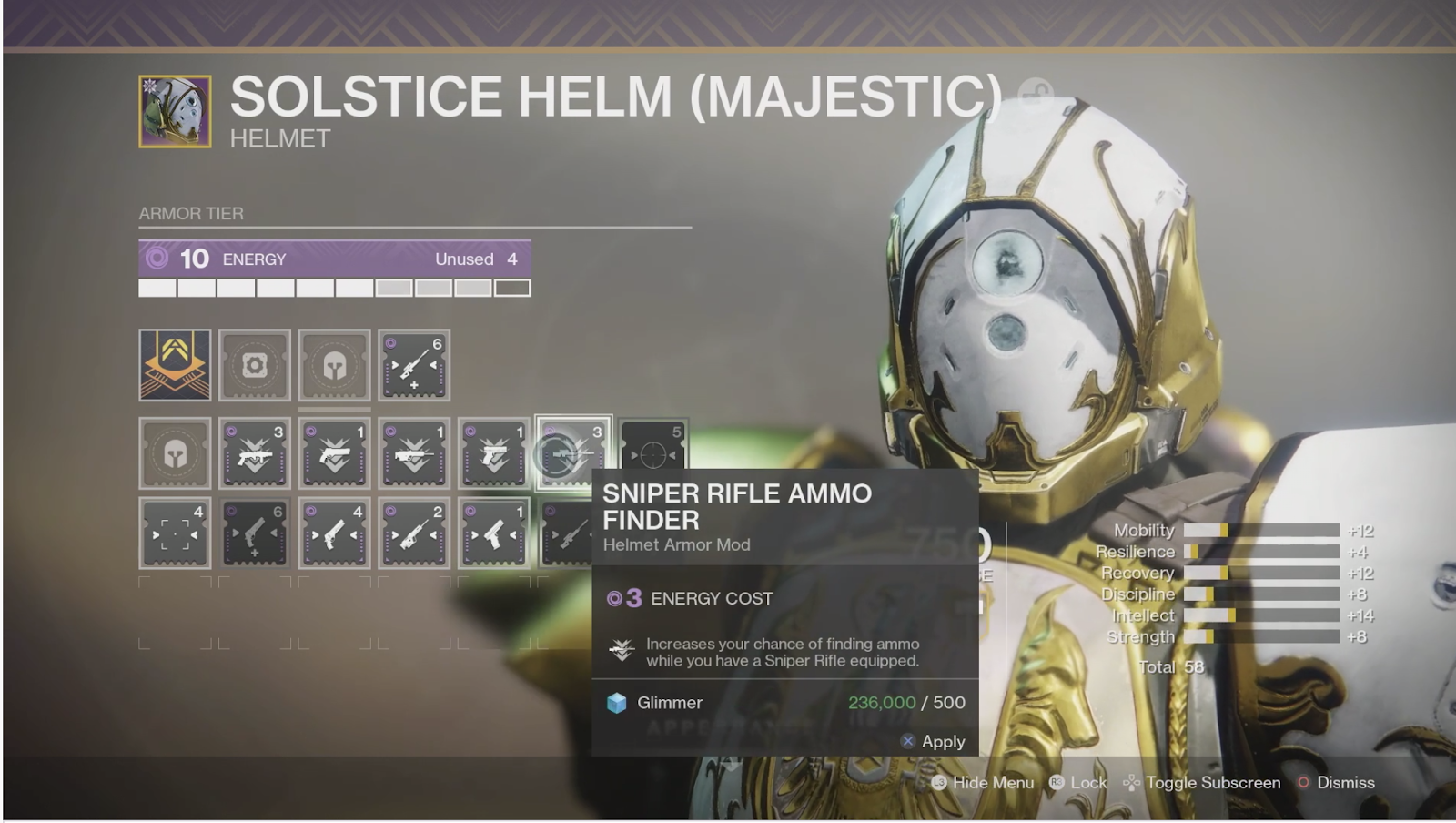 It’s unclear whether or not perks as they exist on armour now will be gone—Exotics will still have their unique abilities, but throughout the stream, the developers said that players might want to hunt for better “rolls” of their armour in the new system. That suggests that either some perks, which are now randomly generated, will remain, or that the kinds of mod slots available on a piece of armour will be randomised.

Like any change in Destiny, this means changes to the economy. Upgrading your armour tier will require a new currency called Ascendant Shards, while mods become another bit of loot to chase. You’ll be able to find them in engrams or buy them from the Gunsmith using mod components, which are a currency already in the game. 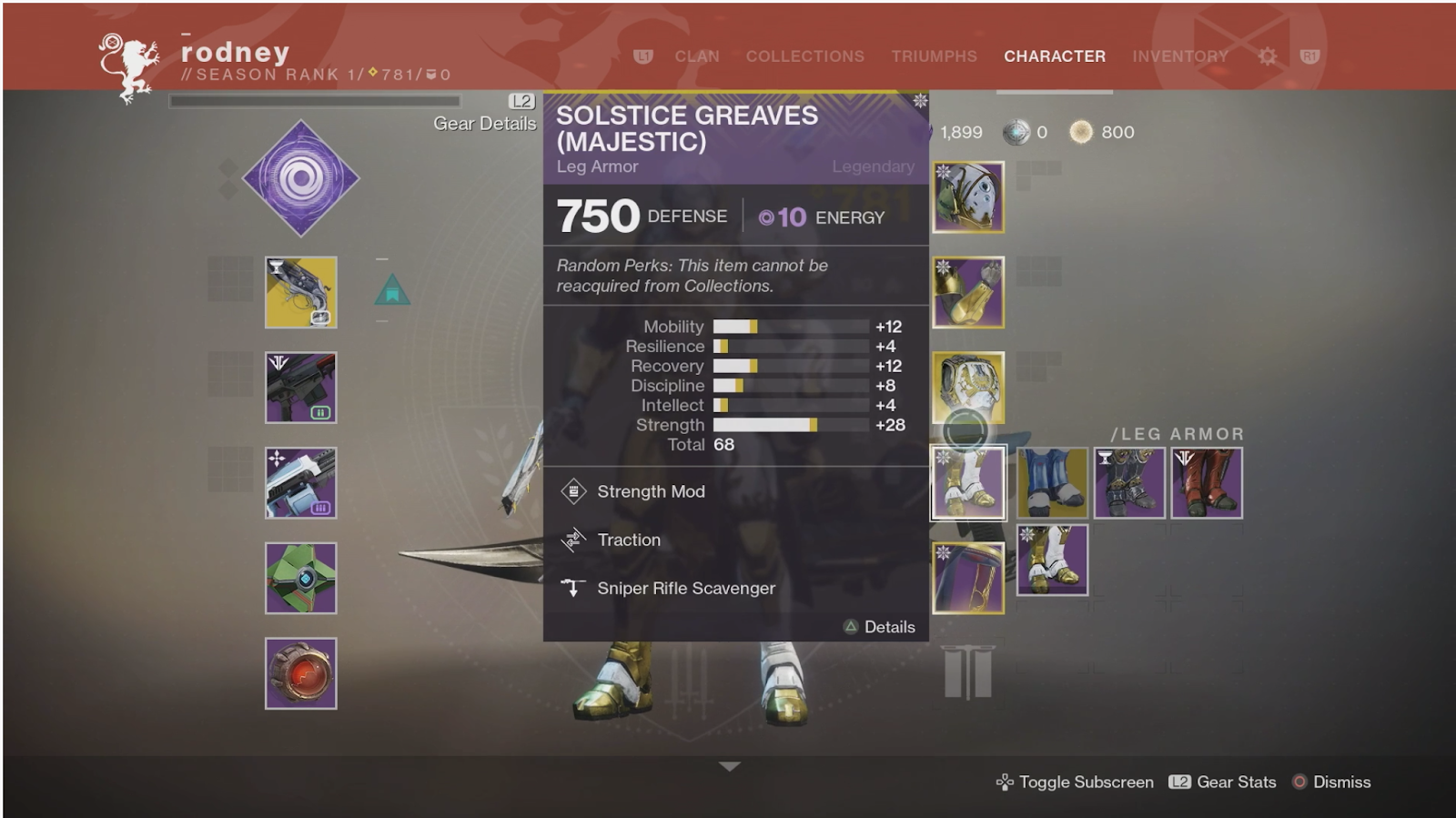 These stats all have a hard cap of 10. With Shadowkeep, that cap is raised to 100, and three stats from the original Destiny are added back into the game: Intelligence (which affects super cooldowns), Strength (which affects melee cooldowns), and Discipline (which affects grenade cooldowns). In order to make the differences in these stats more palpable in-game, every 10 points you’ll get a bonus—like a percentage increase to your base movement speed for increasing your Mobility. 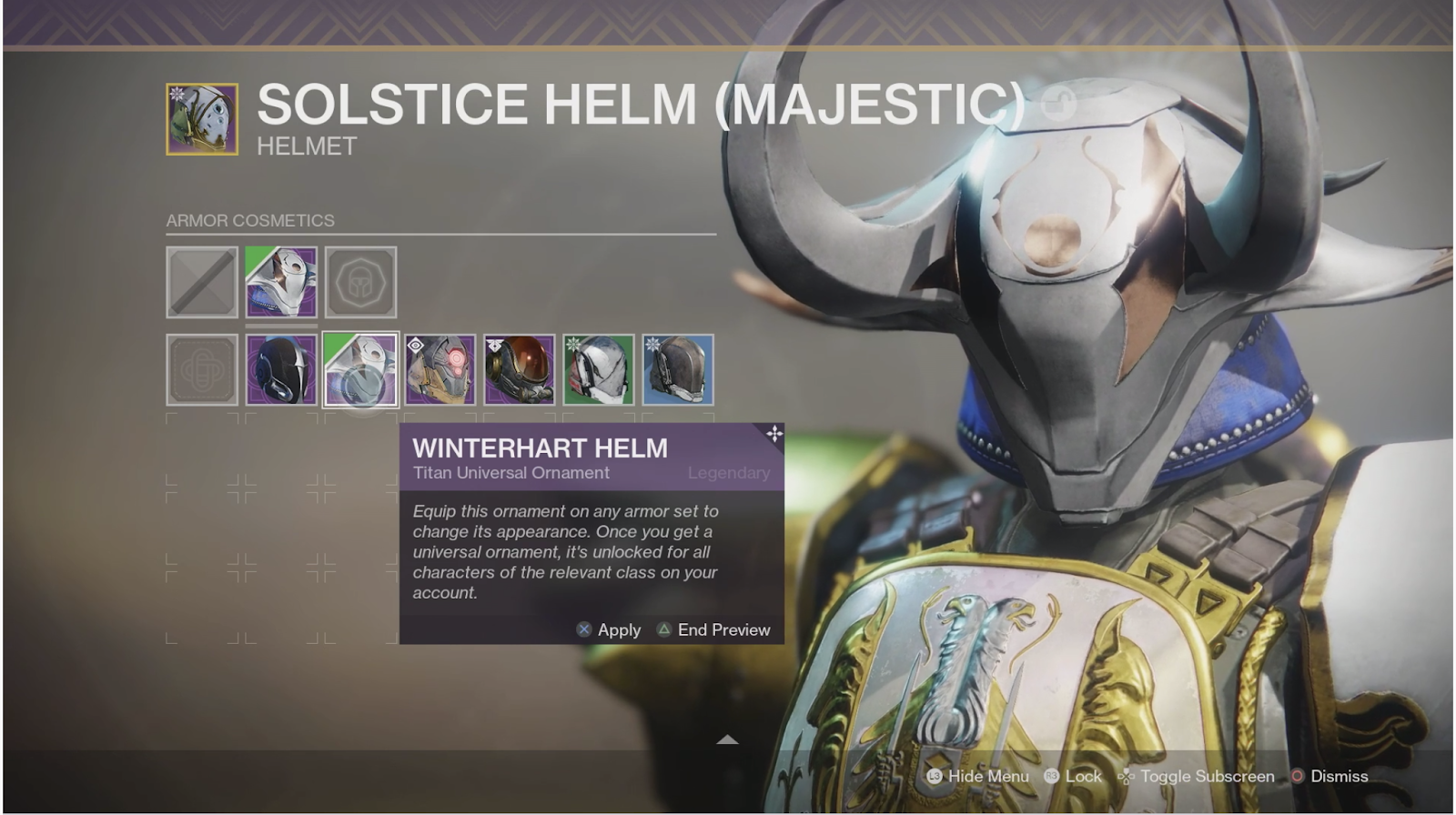 On the cosmetic side of things, you’ll be able to equip any Ornament (Destiny lingo for cosmetic armour/weapon skins that don’t have any impact on gameplay) to any piece of armour, so you can look however you want—and, ostensibly, make it harder for other players you’re competing against to know exactly what you’re working with at a glance. (Exotic armour, however, will always retain its unique appearance.)

All told, it’s a hell of a lot to take in, and it’s difficult to assess how compelling it is without toying with it in-game. There’s stuff here that has potential to be cool—a lot of non-exotic armour in Destiny 2 is straight-up boring and does little to impact your playstyle the way weapons do, so any change is welcome.

But this new system also seems like it could make armour less distinct—reducing the armour hunt to a min-max grindfest where you look for the pieces that have the optimal set of slots and equip whatever cosmetics you’ve purchased with real money.

Of course, it wouldn’t be Destiny if a potentially cool addition didn’t come with any sort of drawback.