E3 isn't for everyone. It's a massive video game convention built on glitz, glamour and the bones of exhausted booth workers. It costs money to exhibit within those cramped halls, and people might not even notice. For years, Devolver has gotten around this by demoing games in a lot across the street. That, however, comes with its own set of challenges. Devolver, publisher of indie games like Enter The Gungeon, Broforce, Hotline Miami and Shadow Warrior, runs their "booth" out of a series of trailers in a lot near E3. Plenty of companies have people handing out flyers or otherwise advertising outside of E3, but nobody's as elaborate or brazen about it as Devolver.

That's created what appears to be a silent friction between Devolver and E3. After all, they take attention from the big show, and they raise an equally difficult-to-ignore question: If they can make their own rules and still get E3 publicity, then why follow E3's rules (or spend E3 money) at all? 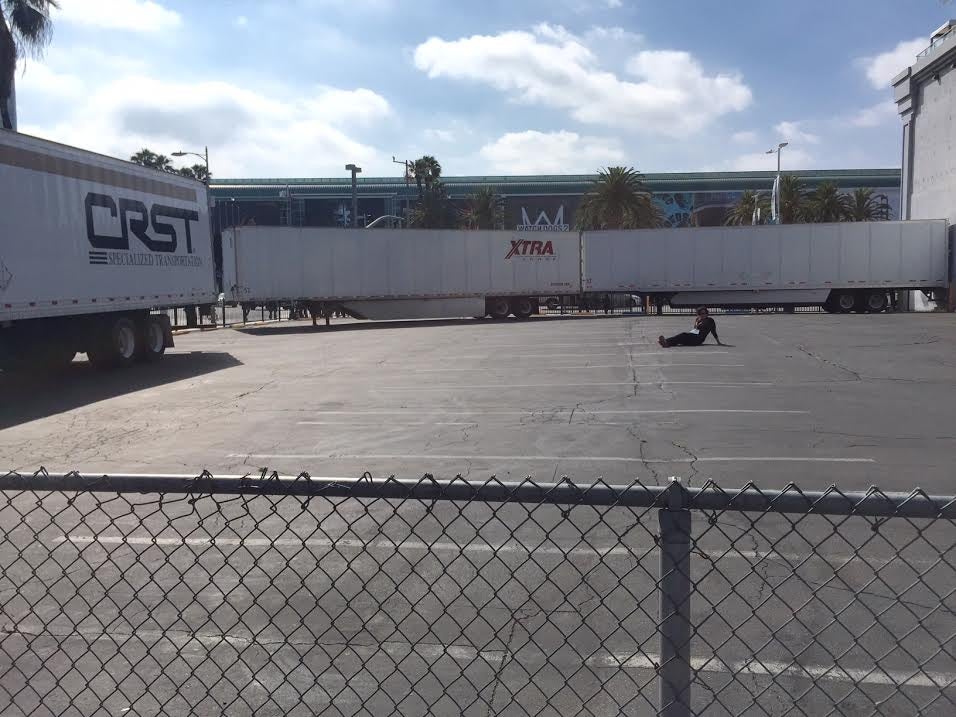 The lot in question, surrounded by ESA storage trucks.

Last year, Devolver arrived in their usual spot to find a series of large truck trailers arrayed in a way that more or less created a wall. This presented a problem. "We have no real insight into if they are there to strategically block a view, or if it's simply just easier to park them in a line that perfectly coincides with what a big fence shape would look like," a Devolver rep told me.

This year, Devolver came prepared. To overcome the trucks, they claimed a sort of high ground (SUBTEXT) with a big-arse balloon. 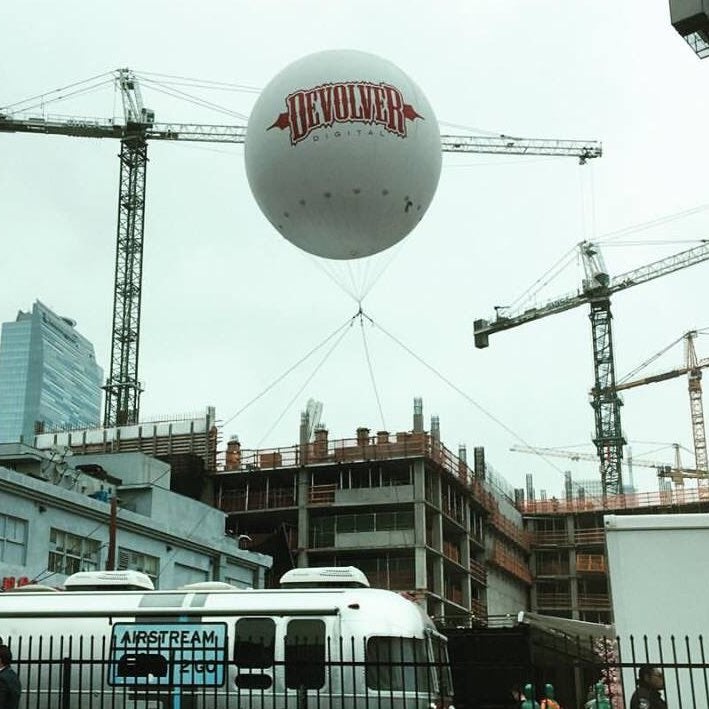 I reached out to the ESA, E3's parent company, and a rep claimed that the Great Wall Of Trucks is not purposefully malicious. "On background, we use that area for 'back of house' staging and storage," an ESA rep said to me via email. "There's nothing malicious or vindictive going on. If you look around the [Los Angeles Convention Center], you'll see a lot of trucks, etc., that are being used for similar reasons. It's just part of running a large event."

Makes sense. Still though, it makes life a bit tougher for Devolver. Not too tough, mind you, but they're down to negotiate a different arrangement. "As it stands, we have no problem running our E3 demos and meetings in the back lot, we show amazing games each year," said the Devolver rep. "That said, if the ESA is interested in switching lots, we are absolutely willing to tradesies."

Until then, the vaguely passive-aggressive parking lot battle will continue. Devolver has no interest in moving their operation inside E3, their rep told me: "I mean, have you been to our lot? It's awesome over here."